With an exclusive action figure. 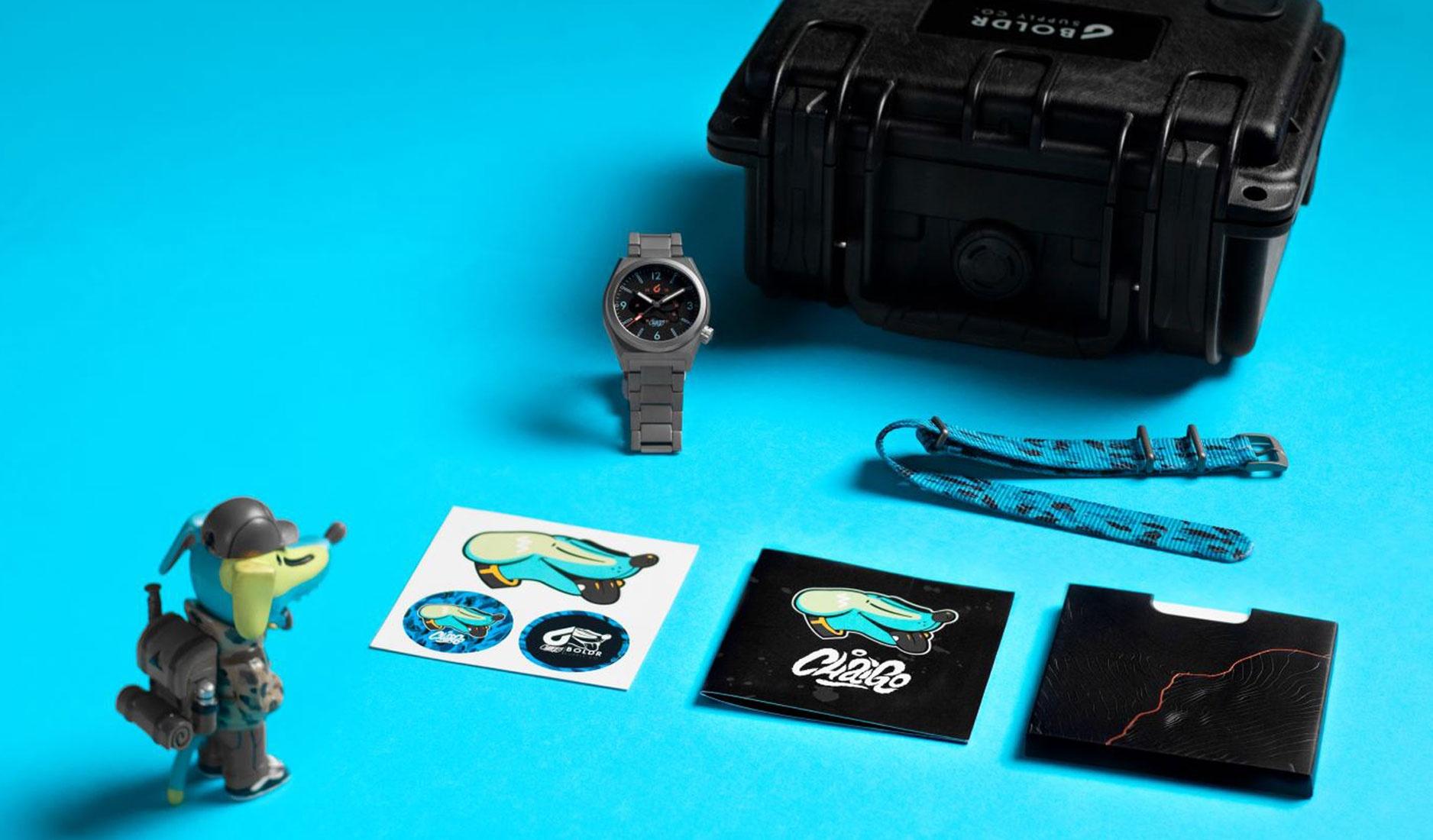 No stranger to the local microbrand scene, BOLDR Supply Co. is known for its rugged tool watches designed to be “used and abused every day”. Of its collections, the Venture is its bestselling field watch and the model chosen for the brand’s first collaboration with Malaysian artist Kenji Chai.

Renowned for creating the tallest mural in Malaysia—an 87m work of art on the side of RED by Sirocco Hotel—Chai’s work has also been seen around the globe, from Australia to Kazakhstan. He’s also won fame for creating the character of Chaigo, based on a stray dog he saw lying on the road. 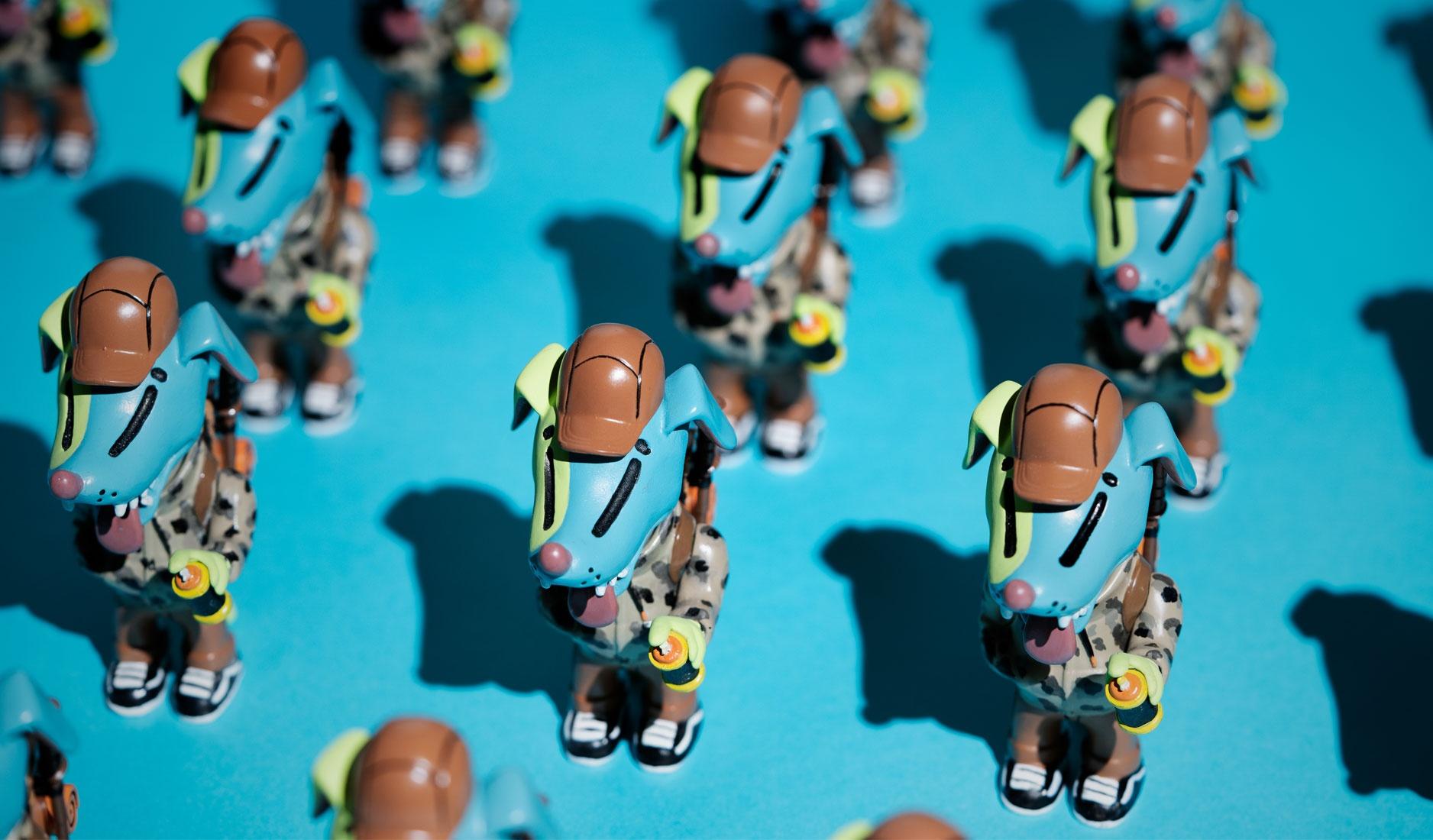 Coming from a broken home, Chai felt a connection with the many strays on the streets of Kuala Lumpur where he is based. Unlike the stray dogs, Chai realised he had the choice to live the way he wanted. A combination of Chai’s surname and the Chinese word for ‘dog’, the neon blue Chaigo was created and has since been made into an action figure.

While partnerships with artists are not unheard of in the watch universe, this is one of the rare times we’ve seen a watch released together with a toy. The 38mm Venture Chaigo comes in a lightweight titanium bracelet for the first time, as well as an interchangeable custom NATO strap designed by Chai. 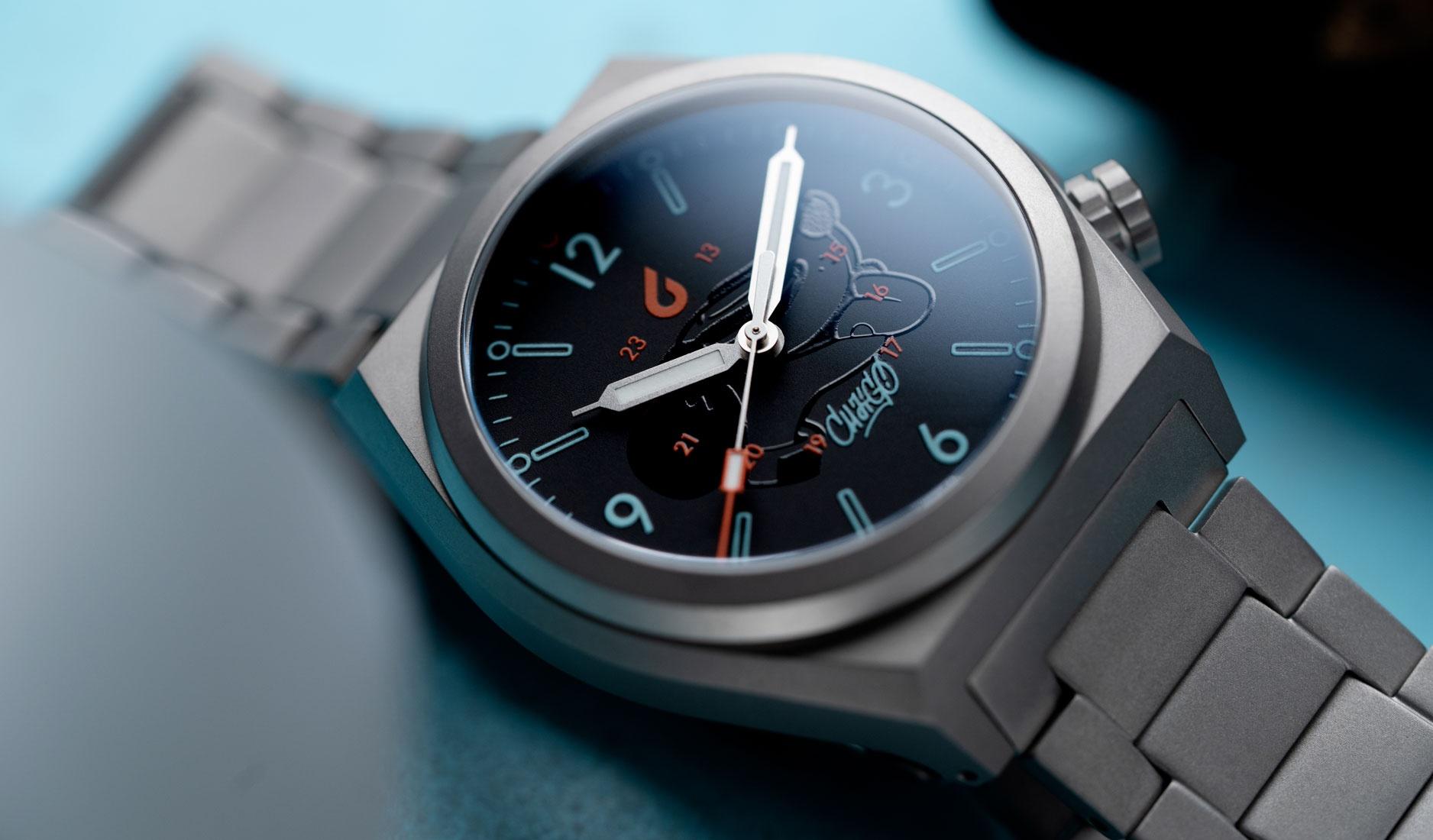 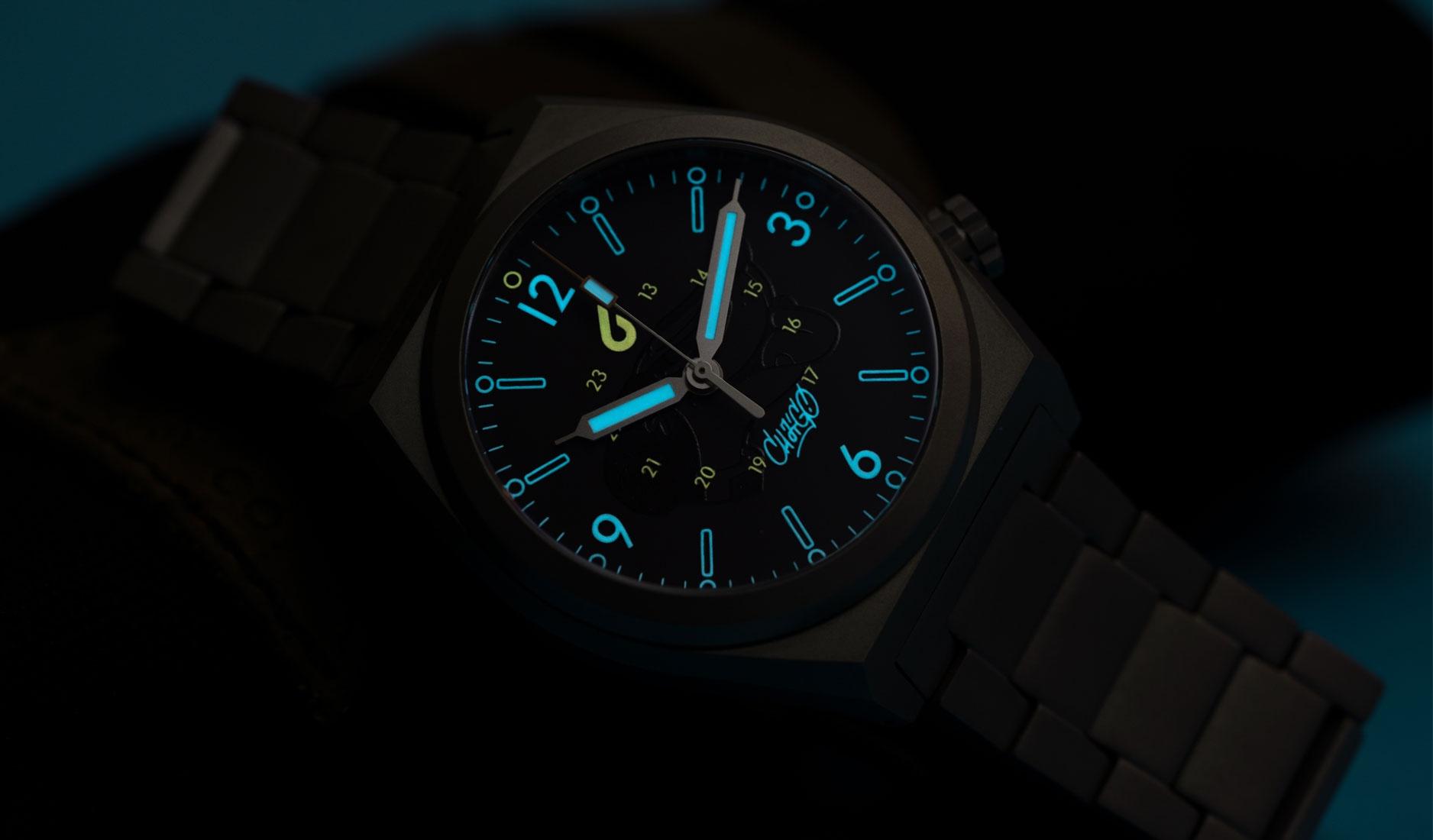 The printed matte black dial features Chaigo the dog, embossed in the centre, with its name in blue below. The numbers, indices, hands as well as the word, ‘Chaigo’ are lit in blue Japan Superlume, while the red BOLDR logo and 24-hour markers are lit in yellow Japan Superlume. Inside, the watch is powered by the reliable NH35 with a power reserve of about 41 hours, and on the caseback is an embossed artwork of Kenji Chai’s name. 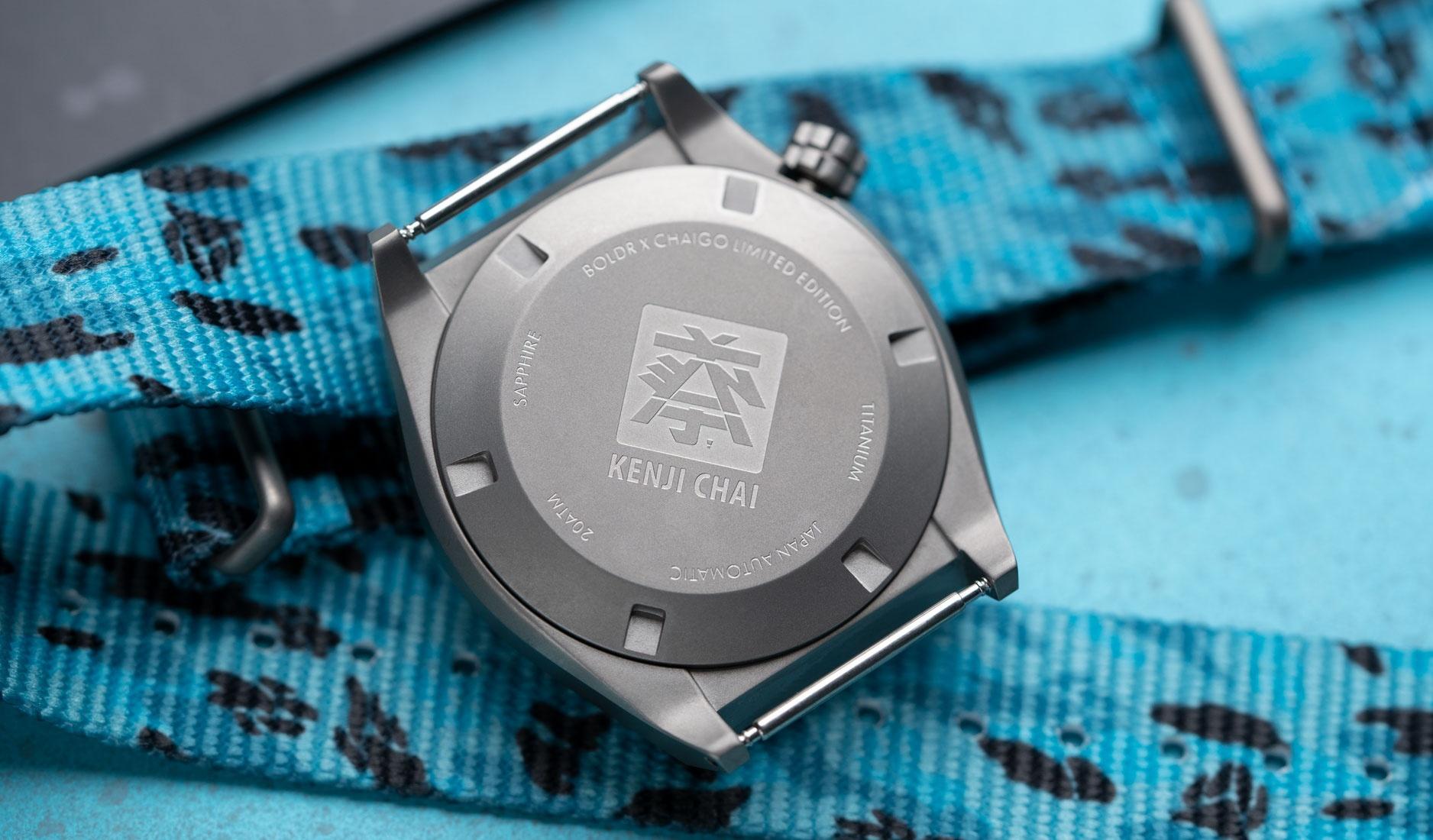 At S$675, the watch comes in a box with a hand-painted Chaigo collector’s toy, Chaigo NATO strap with titanium hardware and a set of Venture Chaigo stickers. Limited to just 160 pieces, the watch is available online at boldrsupply.co.