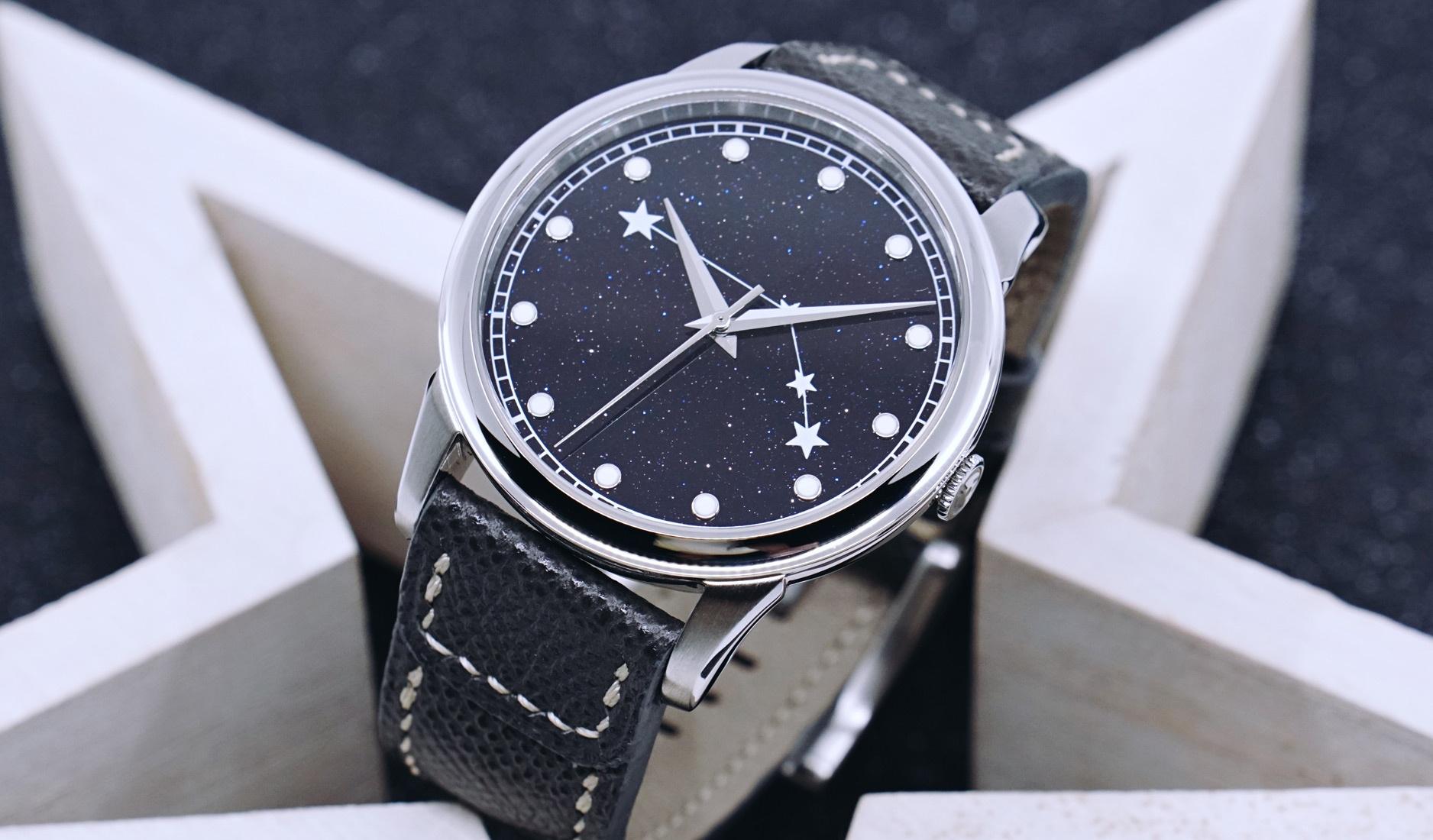 An astronomical take on horology by the guys from Red Army Watches. 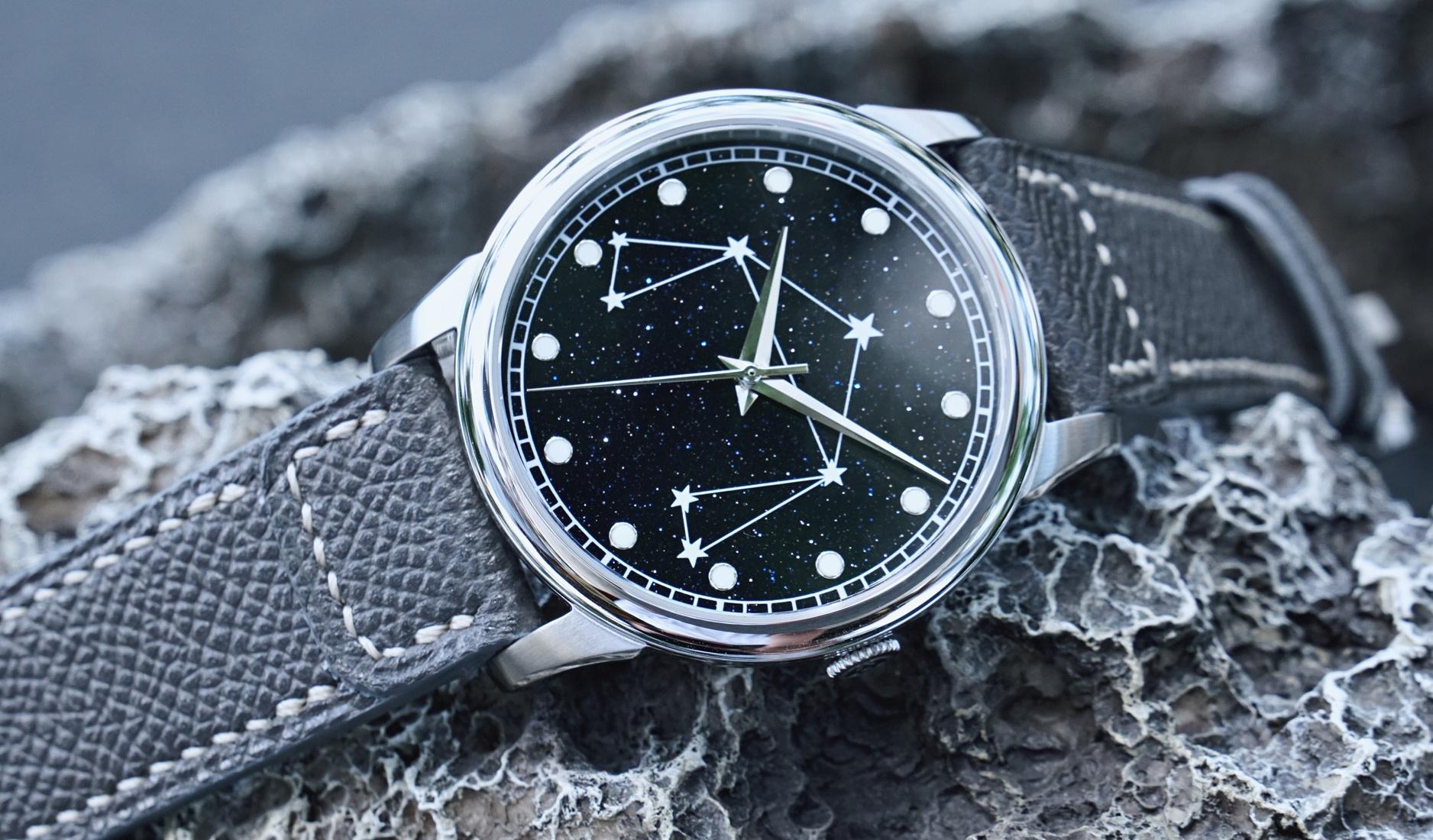 Now that watch websites and publications have started to fancy themselves as watch retailers, wouldn’t it make perfect sense for watch retailers to have a go making their own watches? After all, a watch shop has the infrastructure, insights into manufacturing and marketing know-hows, and access to a pool of loyal customers to make the thing work.

We are not entirely sure if the guys at Singapore’s cult watch retail outfit, Red Army Watches (RAW), considered any of the above before creating their own watch brand, KEF Elements (the word 'kef' refers to a state of contentment and wellbeing; something that brings tranquil pleasure). But one thing they did care about, was simply to propagate their unique perspective on watch appreciation.

“Our philosophy is always about making mechanical watches fun, accessible, and to expect the unexpected!” says Sugi Kusumadi, founder of RAW. 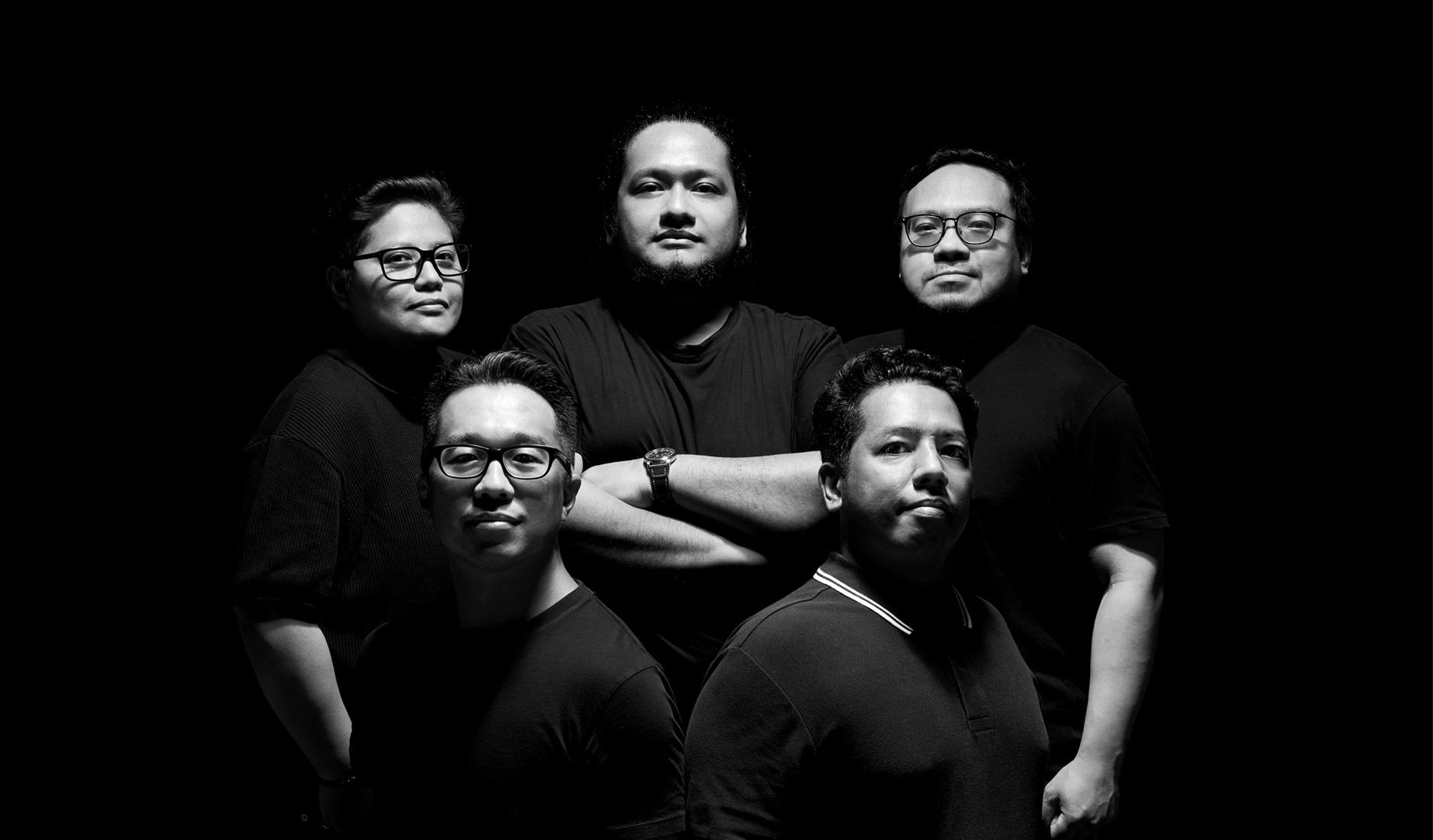 As they established RAW as a go-to for niche and cultish marques like SevenFriday, Vostok Europe, Seiko, as well as a slew of coveted microbrands from both Singapore and overseas, the team always had a “niggling thought” to create their own brand. An enforced 10-week store closure as a result of Singapore’s ‘circuit breaker’ to curb the pandemic last April, allowed the idea to seriously germinate.

“We sat down and talked about it and I decided that now’s as good a time as any to see this idea come to fruition. And that’s how the wheels were set in motion, resulting in KEF Elements,” says Kusumadi. 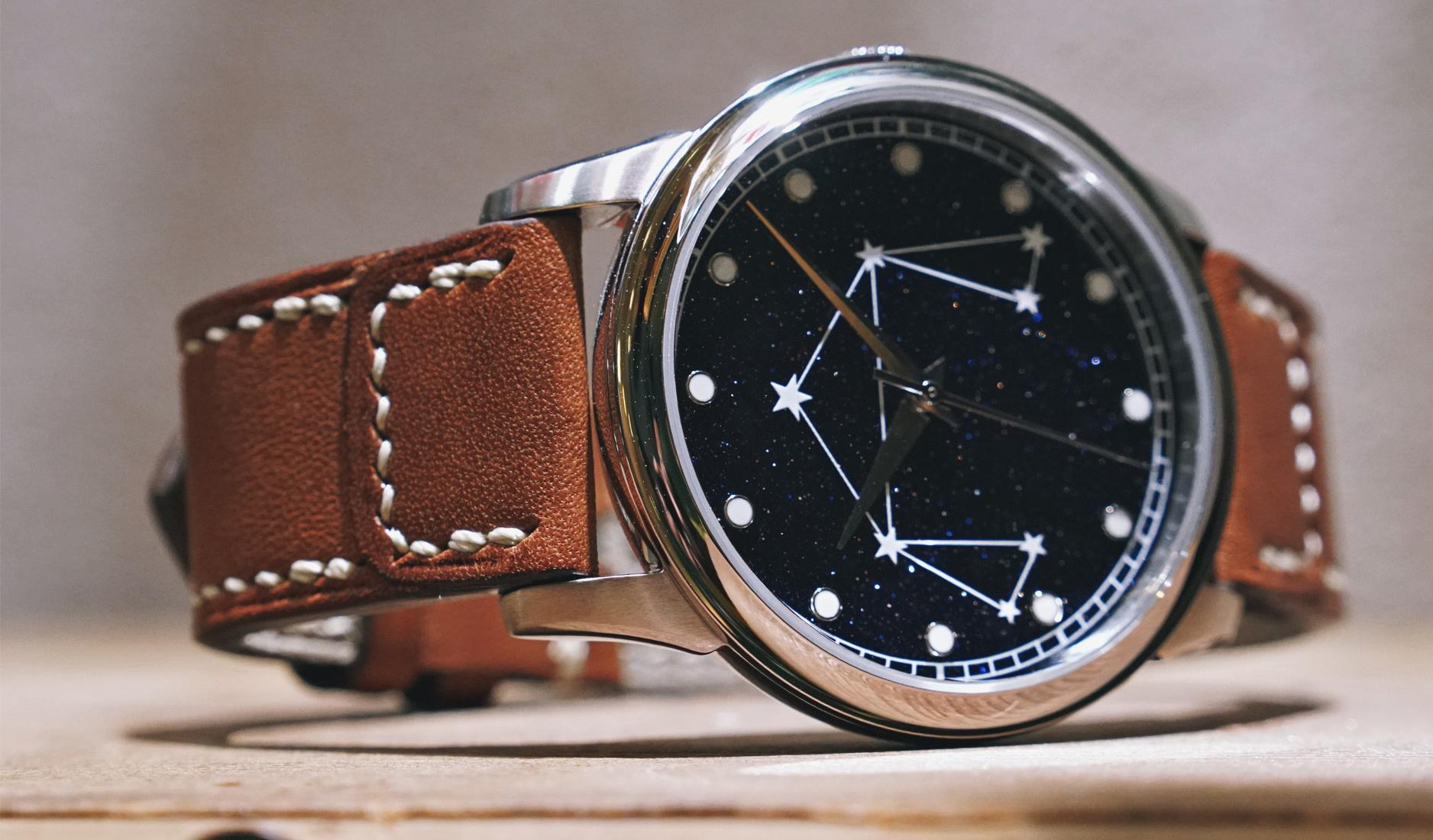 With the hour markers and zodiac constellation filled with high-grade C3 and BGW9 Super-LumiNova, respectively - glowing with a bright green hue for the former and rich blue hue for the latter - the watches really come alive in the dark. Running on the Miyota 9039 automatic movement, which is visible via an open caseback, the watch is paired with a choice of grey Epsom leather or brown calf leather strap designed by RAW’s in-house leather craftsman. 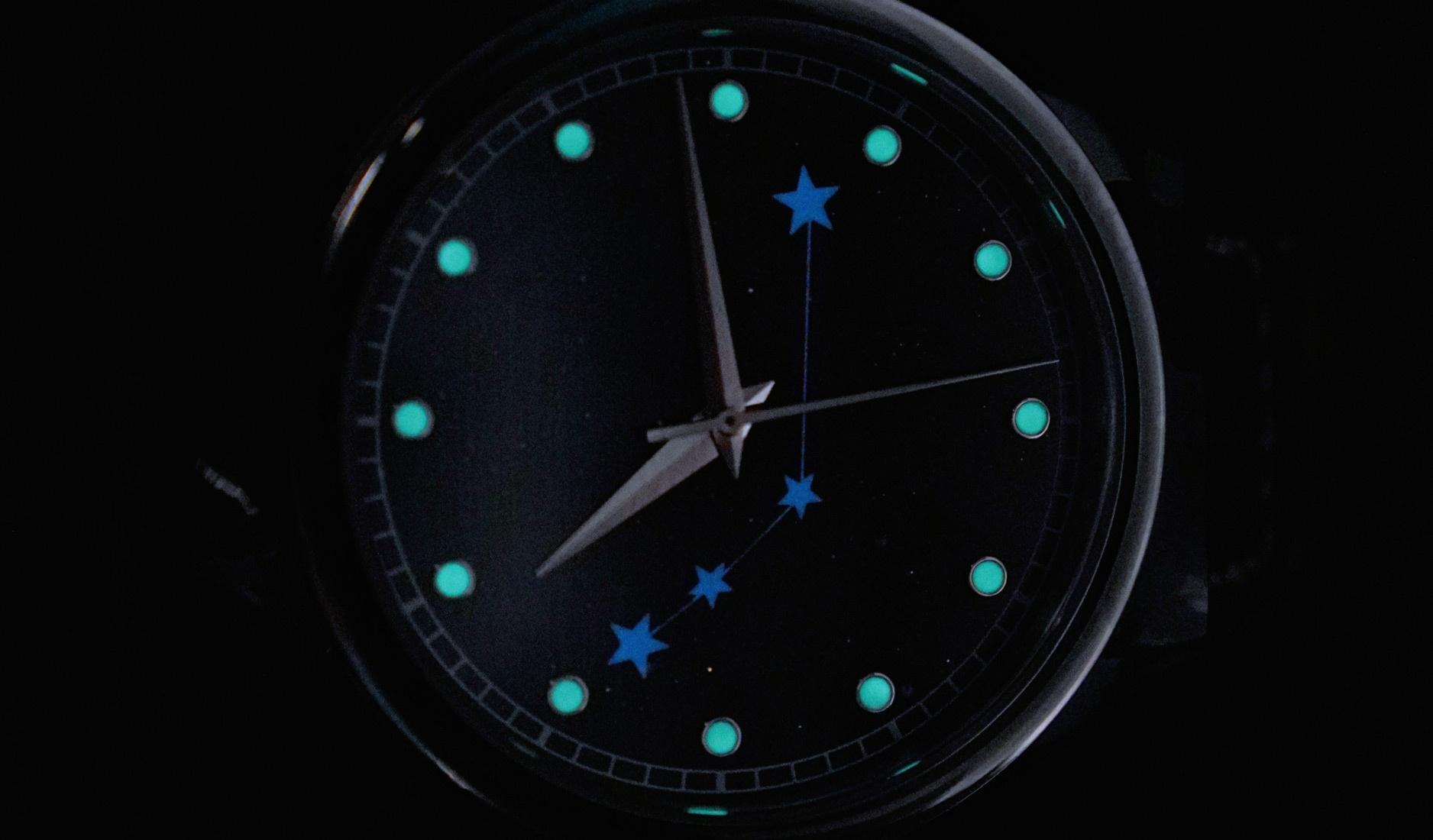 “In developing this collection for KEF Elements, the team looked to the concepts of time and space. I think the stars have always held an appeal for all of us at some points in our lives. With 12 different zodiac constellations, how can the result not be something that resonates with every individual?” says Kusumadi.

An amalgamation of celestial musings and pared-down retro-chic with a light touch of military-esque aesthetics, KEF’s zodiac-themed collection is intriguing, to say the least. We can’t really decide if it is a dress piece, or something more casual – there are elements, excuse the pun, that will pull it either direction. At the same time, the aventurine dial and the choice of zodiac constellation lend a touch of lavishness and suggestion of personalisation. It is certainly an unusual sight – but its spirit is perhaps something that one who is familiar with RAW would be well-acquainted with. 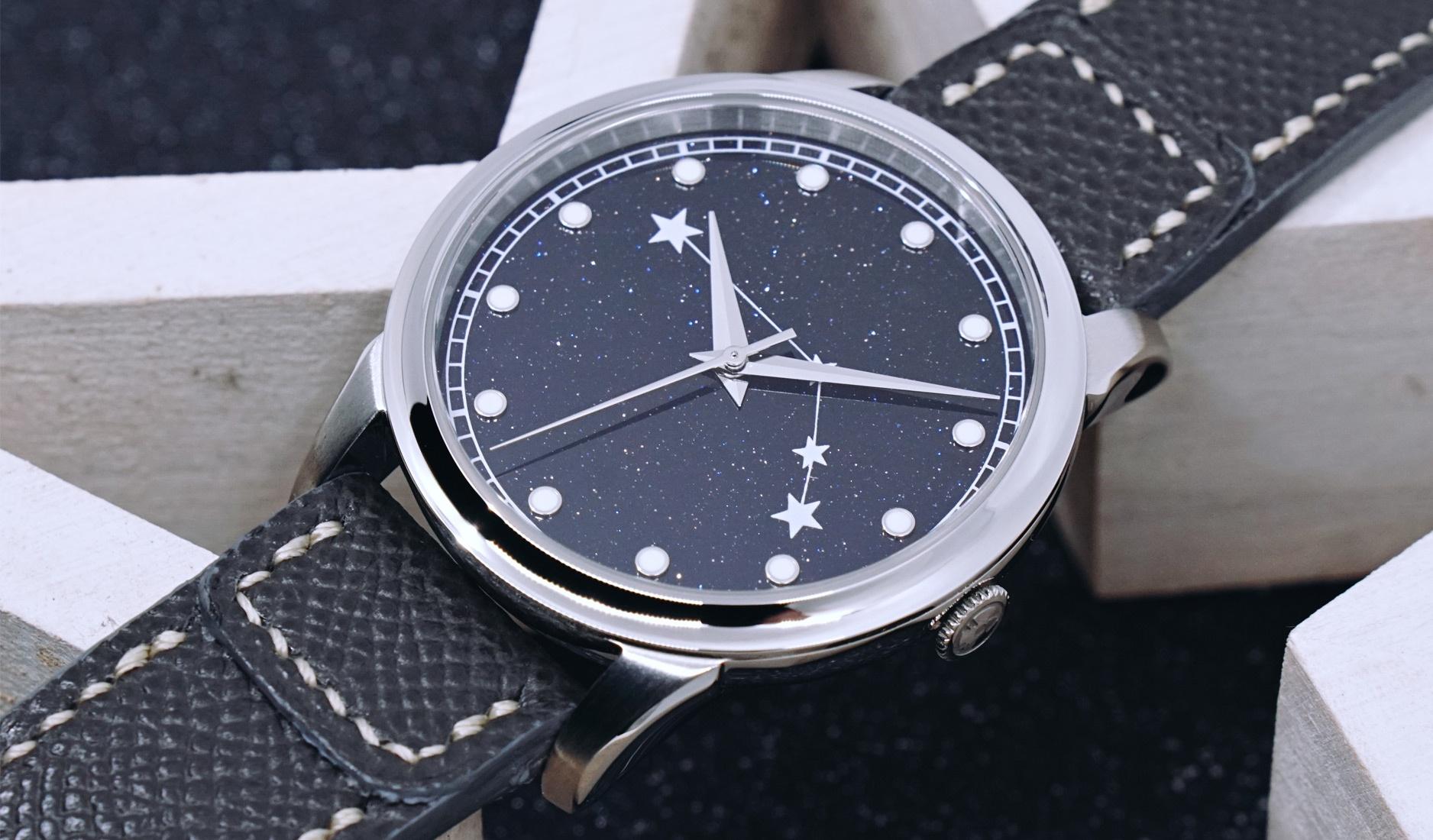 “(This is) consistent with the principles behind KEF Elements and RAW. We like to infuse what we do with an element of ‘expect the unexpected’, says Kusumadi. “We all have a rebellious streak in us, which is incorporated through (features) like the unexpected pairing of the elegant aventurine dial with a cool and sporty Epsom or calf leather strap.”

To view the working prototypes, head to Red Army Watches ION Orchard (#B3-03) or Red Army Watches/Watch Wonderland Suntec City (#01-470/472). Pre-orders of KEF Elements timepieces can be made in-store or online at www.redarmywatches.com at a special price of S$789 (UP S$987). Deliveries for pre-ordered watches will commence in July 2021.