Montblanc goes back in time with a practical ticker.

Let’s face it, vintage fever isn't going away. Certainly, there’s a healthy appetite amongst collectors for timepieces that pay tribute to important references of the past. Then, there are also those who enjoy the vintage traits of a watch—cathedral hands, box crystal, bronze details—all of which are found in Montblanc’s 1858 Split Second Chronograph Limited Edition 100.

When you have a treasure trove like the Minerva manufacture, it would only be natural to tap on its archives and resurrect some of the most significant models in its bank. This latest one is an ode to a Minerva military chronograph from the 1930s (below), reimagined in a bronze case that actually piles on the vintage appeal more than the original (although we do prefer the onion crown on the 1930s model). 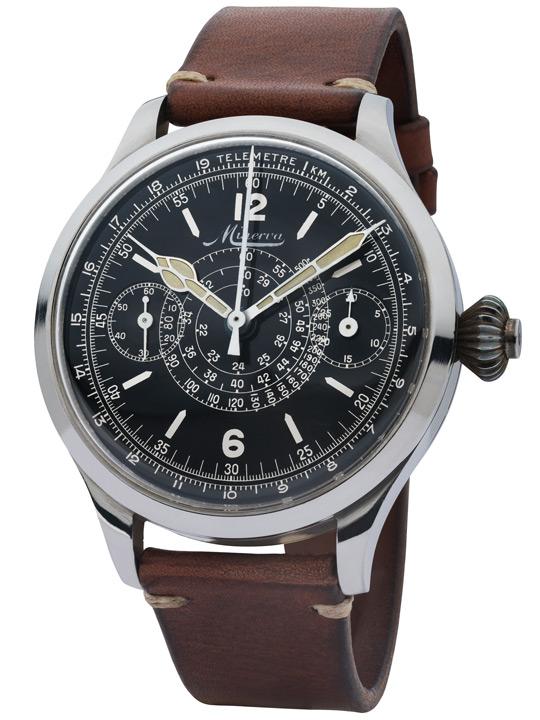 Central to the watch is its telemeter function—a feature that enables the measurement of the distance between audible and visible phenomenon. The most common example of this would be to measure the distance between the wearer and a storm. The chronograph hand should be activated via the monopusher when lightning is seen, and then stopped when thunder is heard. The position of the hand on the telemeter scale will show the distance in kilometres the wearer is from the storm. How is this worked out? Well, the scale is calculated based on the speed of sound through air, which is about 340m per second.

Compared to a GMT function or even a simple day/date display, the telemeter might seem rather frivolous. But bear in mind Minerva timepieces are designed for adventures and explorations of the great outdoors. Knowing how much time you have to get out of a storm’s way is certainly advantageous and a valuable piece of information your inner Bear Grylls will appreciate. 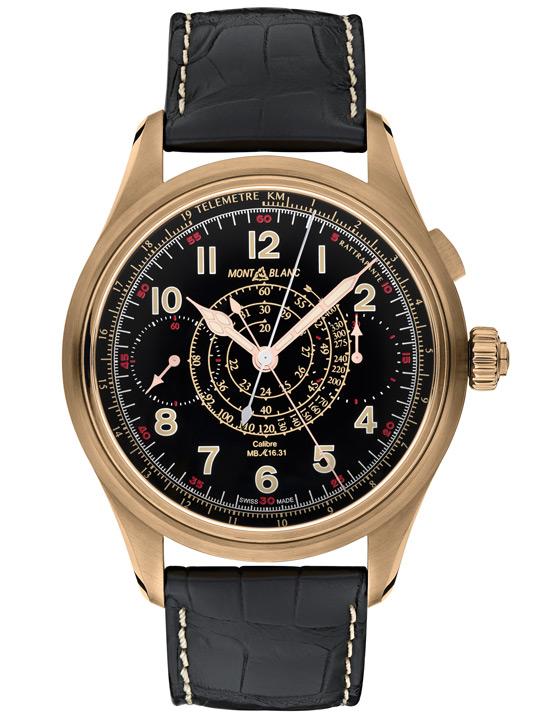 Along with the telemeter, the 1858 Split Second Chronograph also bears a snailed tachymeter at the centre of the dial, in keeping with the design of the original model. As its name suggests, the watch also has a split seconds or rattrapante complication, part of the brand new in-house monopusher chronograph Calibre MB M16.31. Inspired by the original Minerva Calibre 17.29, this new movement is equipped with two column wheels and horizontal coupling, and is beautifully finished with Geneva stripes, circular graining and bevelling.

While it’s based on a historic model, the 1858 Split Second Chronograph is very much a modern timepiece and held to Montblanc’s strictest performance standards. That means it goes through the brutal 500 Hours quality test, which includes being shaken and rotated for four hours, as well as being placed in extreme temperature conditions, amongst other grueling procedures—all done to ensure it’s nothing less than the toughest, most accurate and precise timepiece you’ll be thrilled to take on your next adventure.