Montblanc’s nod to the 160th anniversary of Minerva.

This year has been all about GMT watches, and it’s not hard to see why. With overseas travel becoming increasingly part of everyday life (even mandatory for some), taking off on a jet plane is no longer a luxury reserved only for the elite.

Of course, with more travelling comes the need for a multitasking dual-time zone watch or, if you’re ambitious, a worldtimer, like the Montblanc 1858 Geosphere. Unlike most worldtimers with more city names than space on the dial, the 1858 Geosphere takes a novel approach to telling the time around the world. 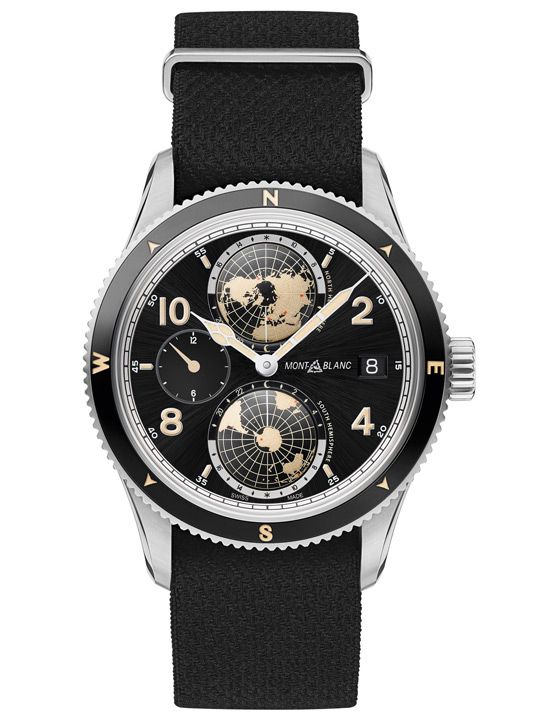 Featuring two rotating hemispheres on the dial with scales that mark the 24 different time zones (along with day/night indicators), the watch allows the wearer to know exactly what time it is in any part of the world. The northern hemisphere dome turns anti-clockwise while the southern hemisphere dome turns clockwise. Both make a full rotation in a single day. A second-time zone sub-dial is placed at nine o’clock for easy reference to your local time. 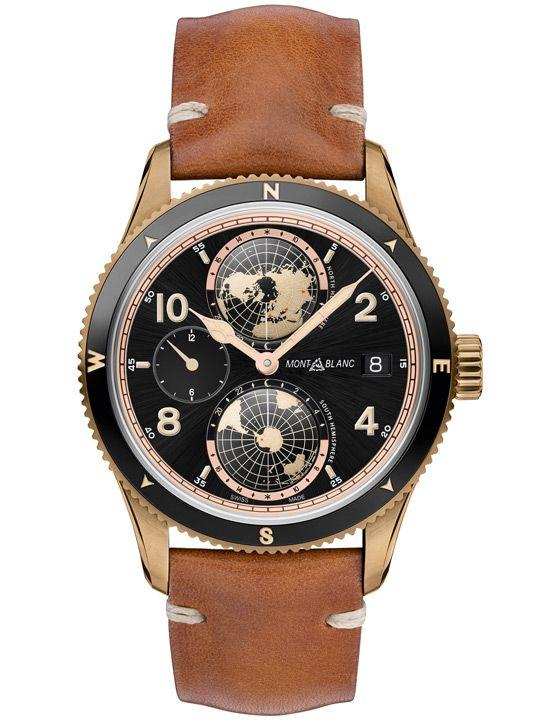 In this version though, red dots on the two hemispheres represent the highest peaks in each of the continents—a nod to the Seven Summit mountaineering challenge. Recognised as the toughest mountaineering expedition worldwide, only 500 athletes have ever succeeded at completing the challenge. As a further tribute to the mountain mission, the Seven Summits are also engraved on the caseback together with a depiction of Mont Blanc, a compass and two ice pick axes. To add to the rugged appeal of the watch, cardinal points are engraved on the bi-directional rotating bezel.

In honour of the 160th anniversary of Minerva (the manufacture acquired by Richemont in 2006 and which became part of Montblanc the next year), the 1858 Geosphere features a new manufacture worldtimer driven by the Calibre MB 29.25, a self-winding movement which offers approximately 42 hours of power reserve.

And like the tough mountaineering spirit it represents, the 1858 Geosphere is also a hardy ticker, having endured Montblanc’s brutal 500 hours test—a horological boot camp, if you will, where the watch will emerge ready for pretty much anything you throw at it. 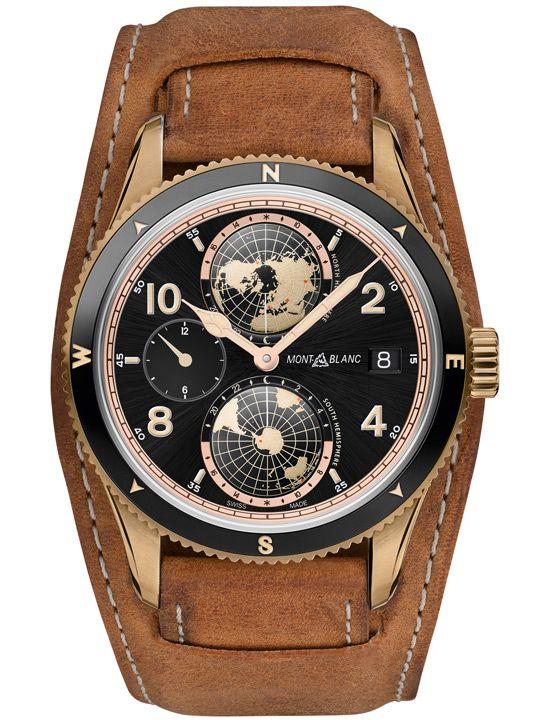 At 42mm, the watch is not so big that it overwhelms the wrist. In fact, it’s a suitably decent size for an outdoorsy watch. While the stainless steel version is refined and versatile, it’s the limited bronze version that really pops with authenticity. That, and we have a feeling this ticker will age really well.