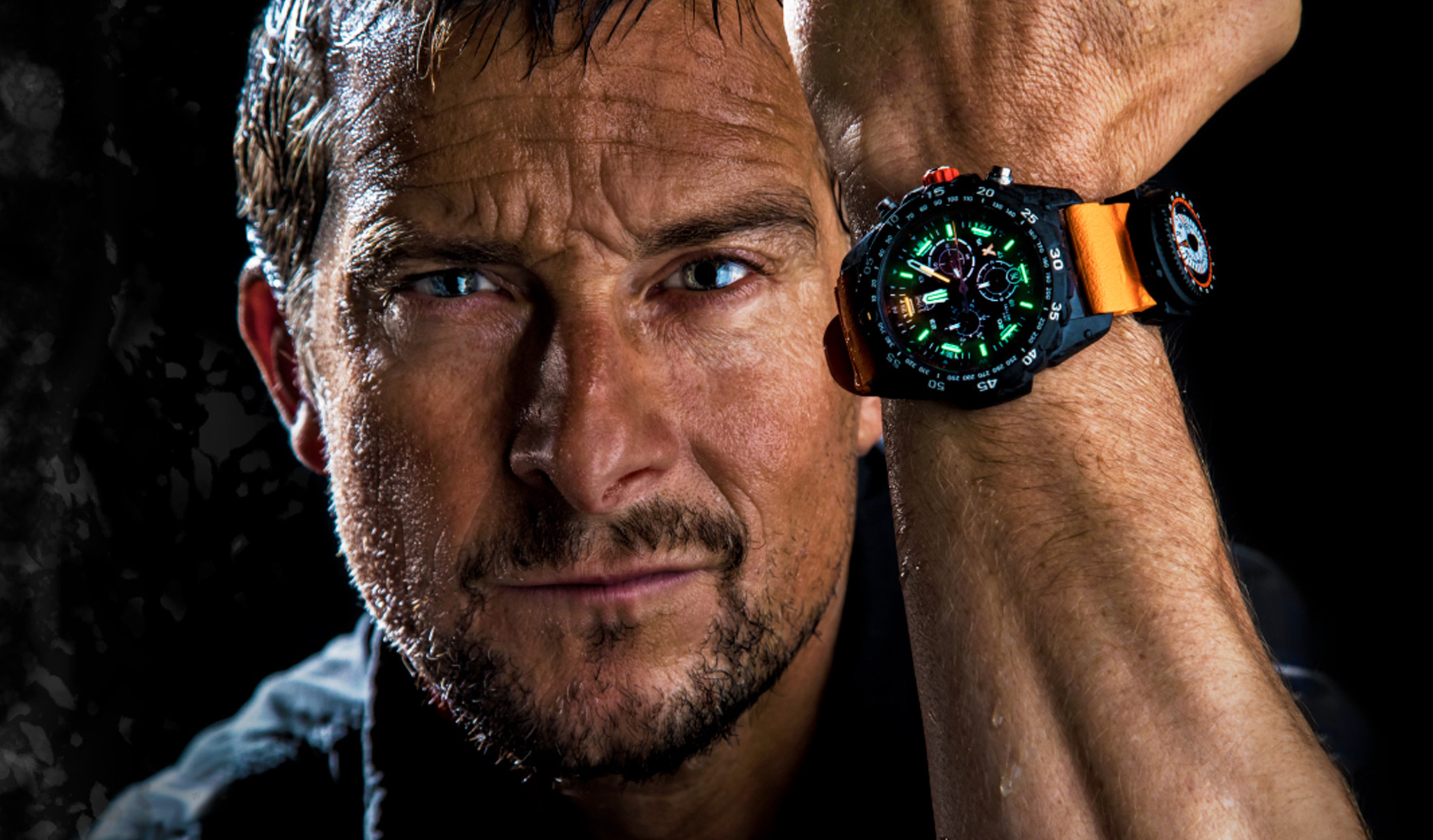 Luminox has always sought collaborators who are not endorsement deal-hunting celebrities, but people whose work are actually compatible with the spirit of the brand. Which is why one is more likely to find the likes of ex-special ops military man-turned-marine conservationist Scott Cassell and the Icelandic Search And Rescue (Ice-SAR) team lending their names to a Luminox watch than say, Dwyane Johnson. But while the credibility that Cassell and the folks of Ice-SAR bring to Luminox is never in doubt, these esteemed ambassadors are admittedly lacking in the fame game. 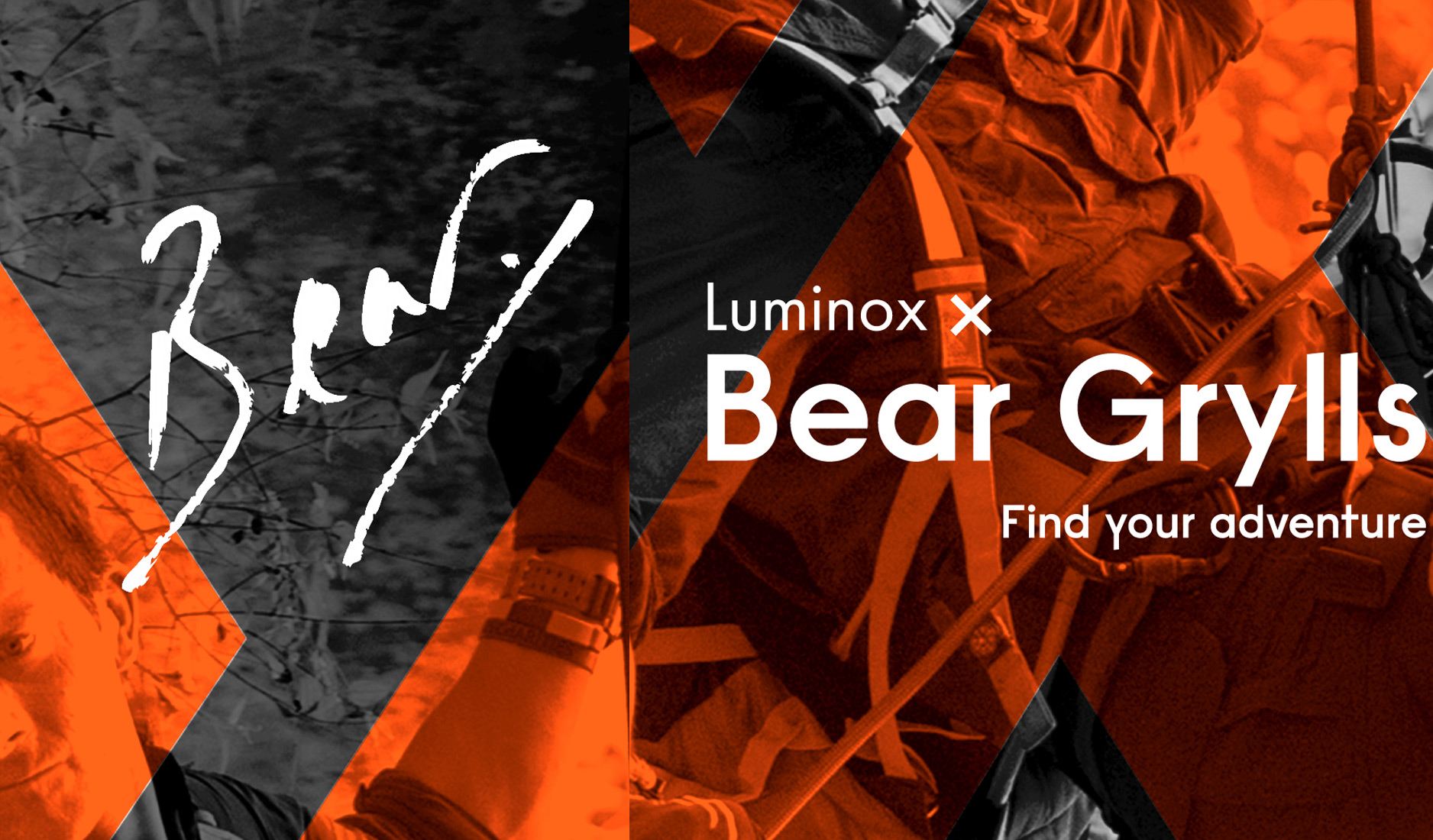 With the signing of Bear Grylls as its latest ambassador, however, Luminox has significantly upped the ante. Certainly not a name that requires Googling, Grylls brings not only his reputation and skills as an extreme adventurer to the table, but also an important pinch of stardust to throw spotlight on Luminox for those who are not familiar with the brand. 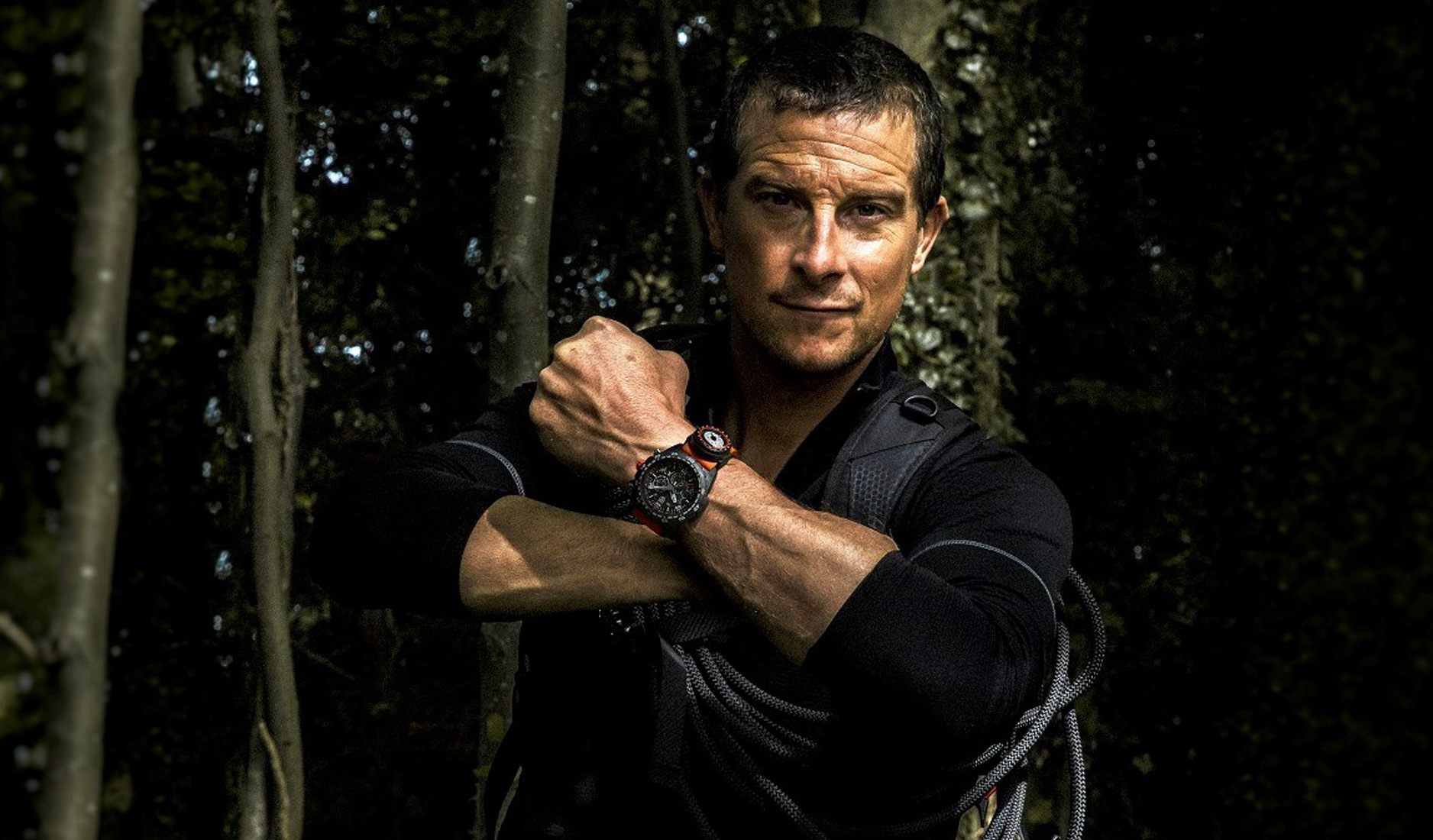 Having developed watches for the Navy SEALs back in the 1990s (and subsequently working with other military forces, pilots, and naval unites from around the world), Luminox has established a niche reputation for making hardwearing timepieces with the looks to match. Function-wise, the brand is best known for its proprietary light technology, fixing tritium-filled micro gas tubes on the watches’ hands and markers that promise illumination in the dark for up to 25 years without the need for charging.

So what kind of adventure-inspired swag can Bear Grylls bring to Luminox that the brand doesn’t already have? Well, quite a lot actually. The Luminox X Bear Grylls Survival Collection gets the Grylls treatment on all the different lines – Land, Master, Sea and Air (to be released only in the second half of 2020). The standout features for this collection have to be the shots of orange – a signature Grylls colour – that accent the timepieces on the crown, straps, dials and hands, depending on the model; as well as his famous motto ‘Never Give Up’ that is writ large on the casebacks. 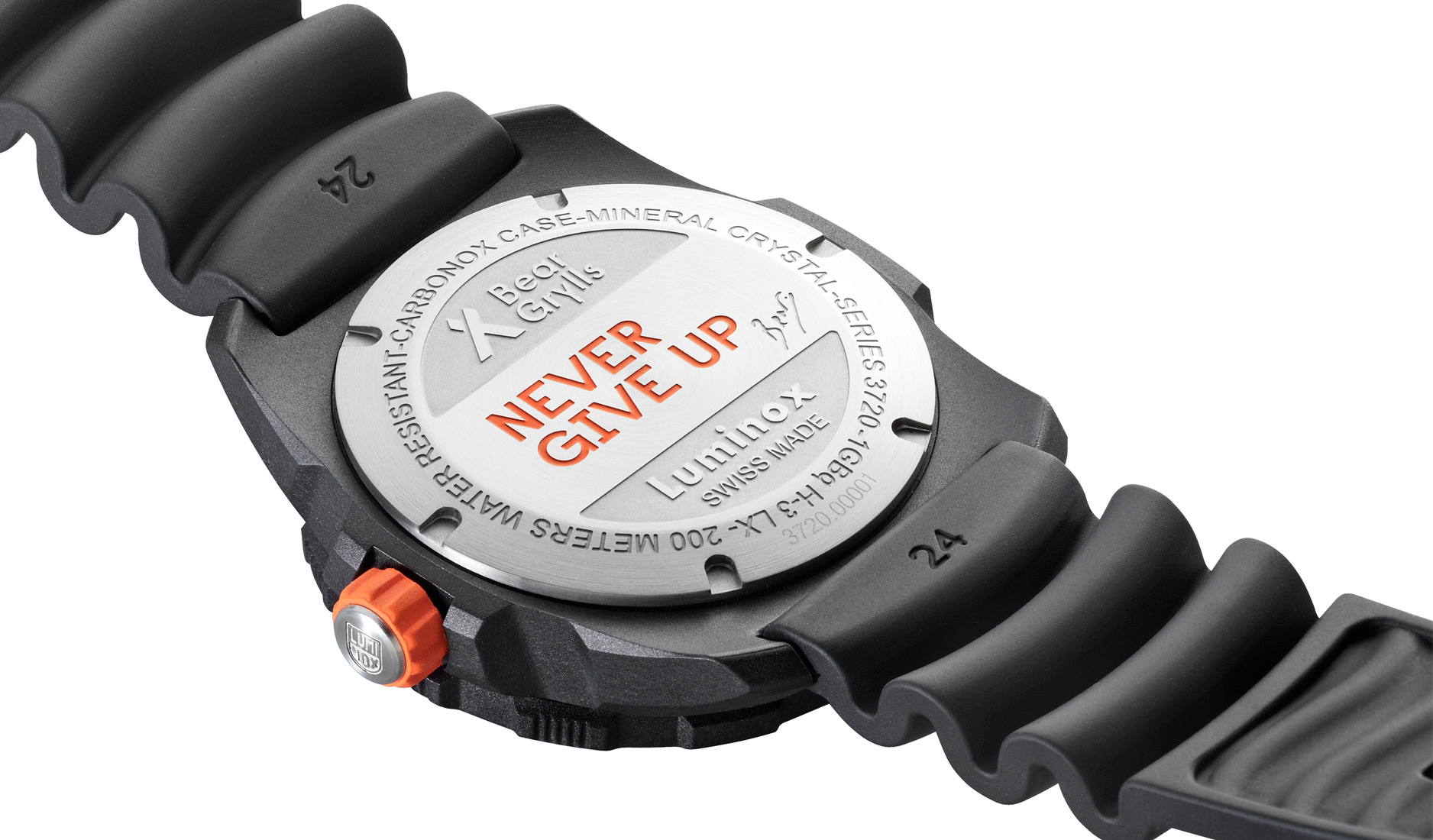 But really, the ‘Grylls style’ is not all there is to it for these watches. The ‘Sea’ model comes in a Carbonox case with unidirectional bezel and is water resistant to 200m. 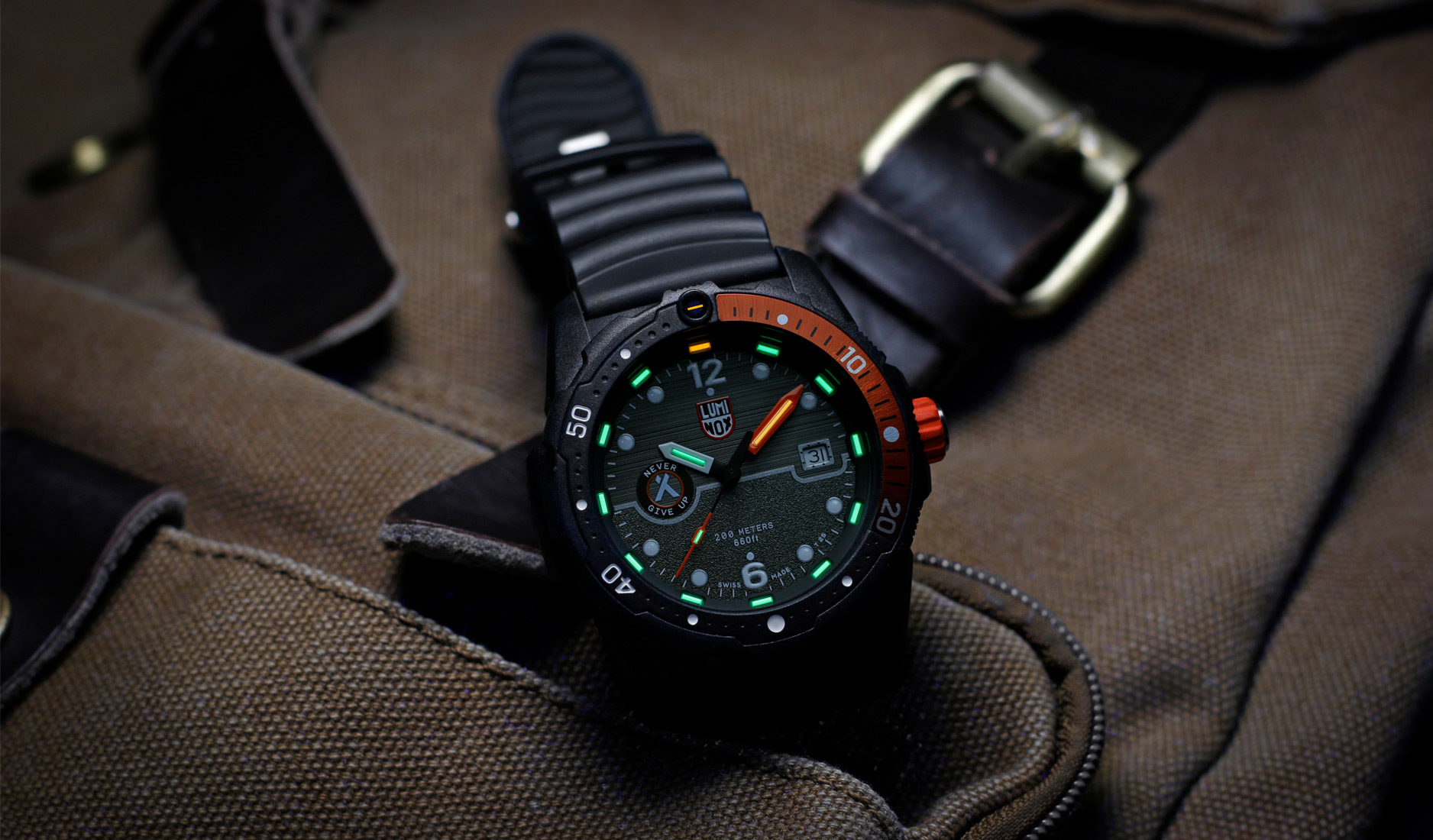 The ‘Land’ series gets even more of the Grylls juice. Appropriately hefty in 45mm Carbonox cases and available in a choice of military olive or black dials, the quartz chronographs are paired with either a rubber strap with measurement markings, or hardy paracord strap that you can actually deploy in times of emergency. The paracord strap, which is attached to rubber straps at the ends, seems a tad clunky but actually wears quite comfortably. 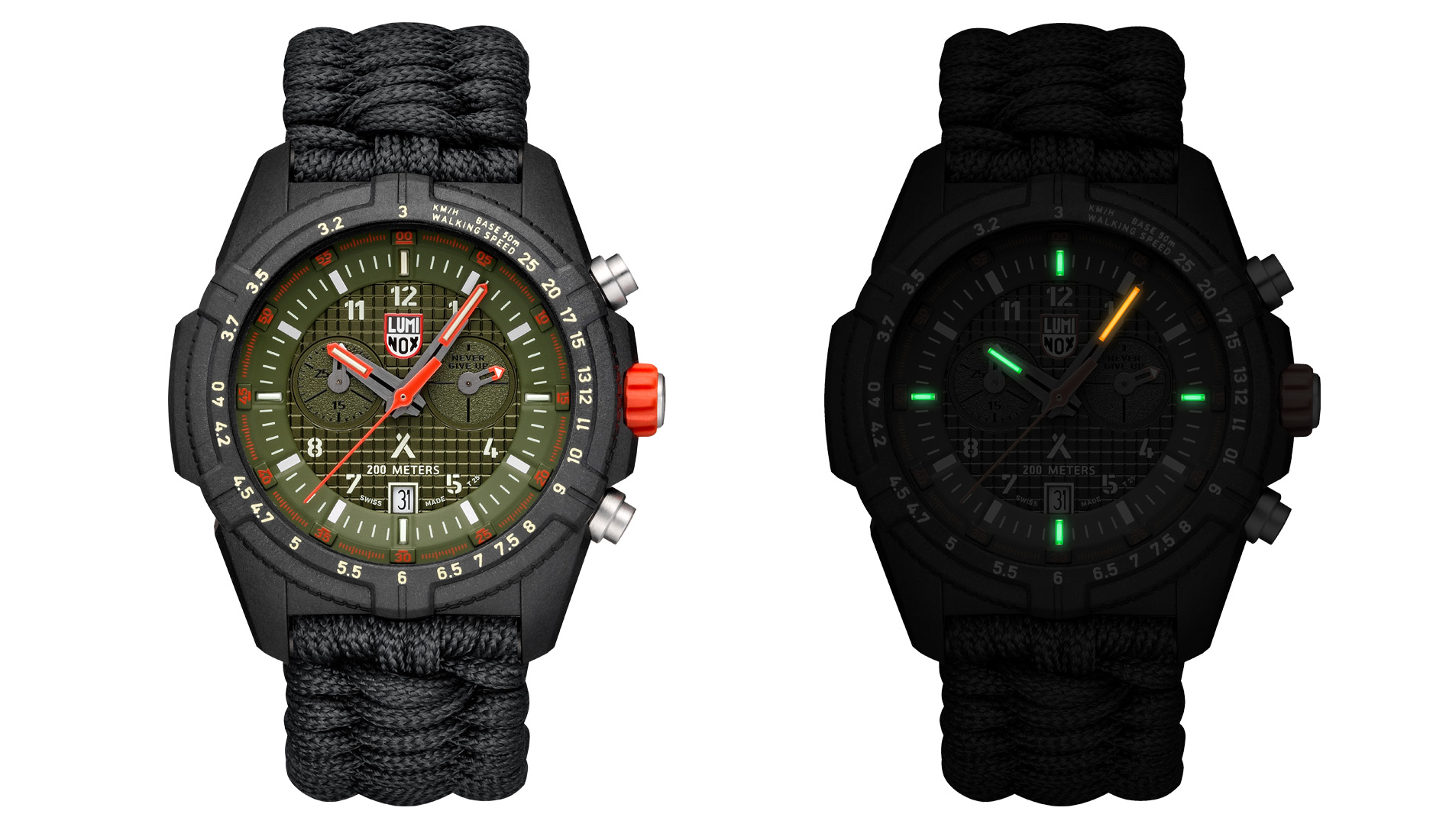 Of the current lineup though, it is the ‘Master’ series that looks to be the star pick. The case is made of Carbonox+, which contains a higher concentration of carbon fibres to make it twice as strong as regular Carbonox cases. 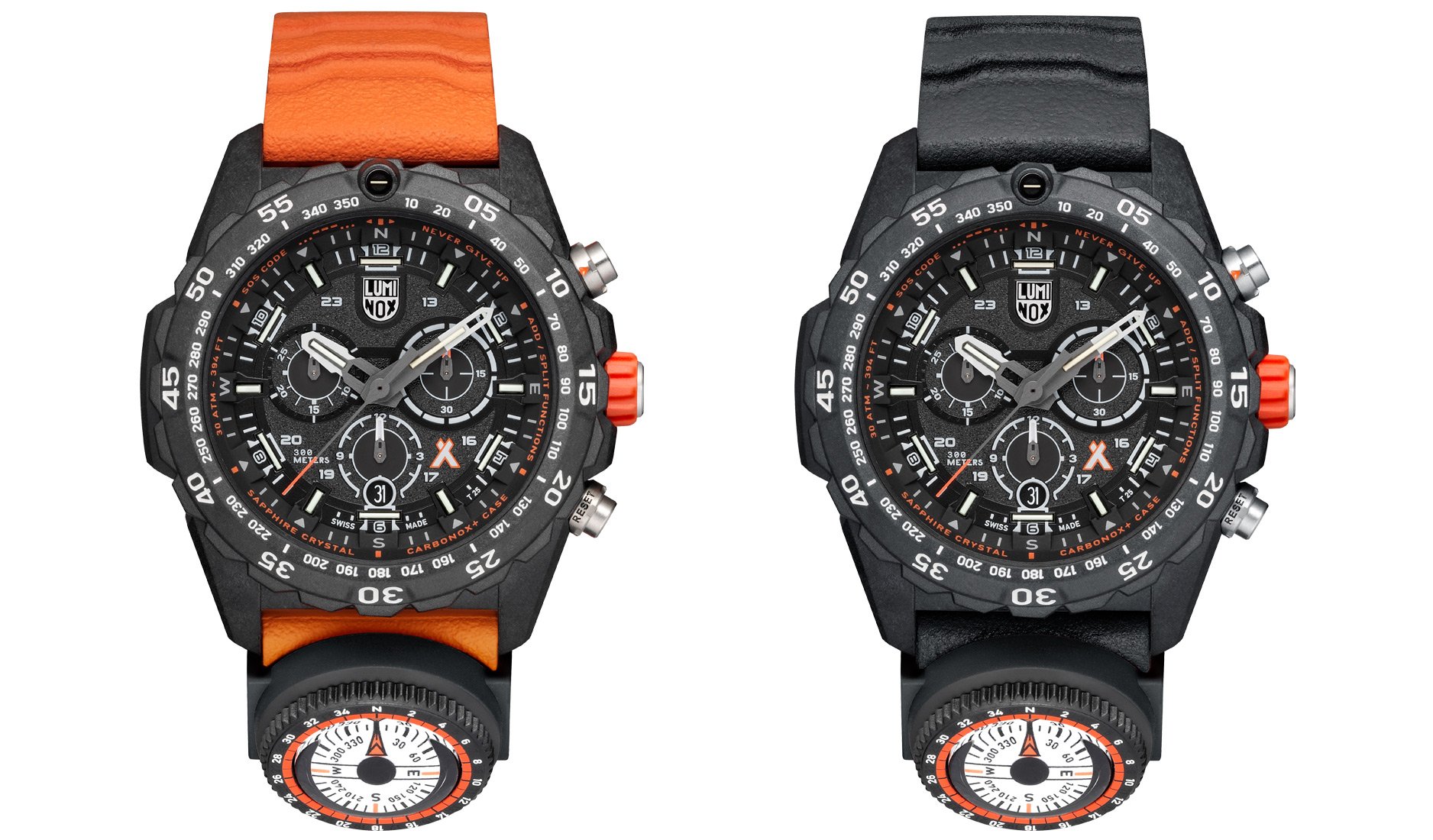 The model’s design features and functionalities are decidedly elevated too, featuring a three-counter chronograph display, SOS morse code etched on the unidirectional bezel, 300m water resistance and the option of a mini compass attachment. There are two colour options for the rubber strap and the piece to get for us would be the one in Bear Grylls orange. But of course. Survival gear never looked so good. 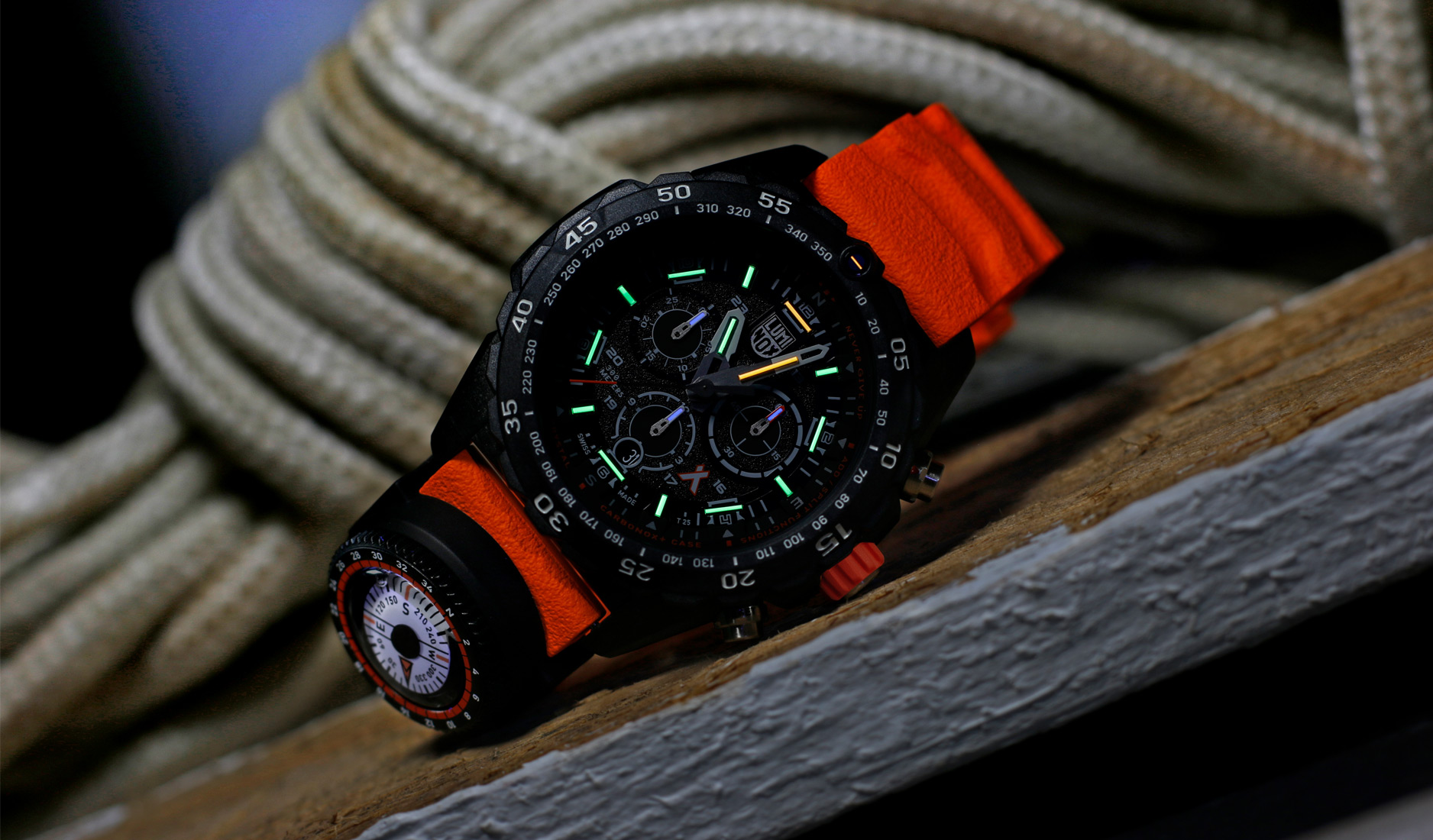