Possibly Luminox’s the most meaningful watch issued under the special service’s banner. The first thing that won Nick North, the US Navy SEALs’ procurement officer over back in 1993, when he was considering Luminox as watch partner to create tool watches for the special forces’ night missions, was the brand’s unequivocal expertise in the area of luminosity. Luminox uses a Swiss self-powered illumination system comprising tritium gas capsules that lasted for 25 years and was visible in low or no light conditions. Housing this technology in rugged sports and adventured-themed watches that are as robust as they look, the hard-wearing and highly legible Luminox timepieces seemed a perfect fit for the US Navy SEALs’ needs.

Since that first contact, Luminox had been the official watch licensee of the US Navy SEALs, producing countless models that bear the special forces’ insignia and spirit. They range from hefty, high-performance chronographs to exclusive limited editions. But if it was the watches’ features and functionality that paved the way for the collaboration, it must be both organisations’ hearts that helped seal the partnership. 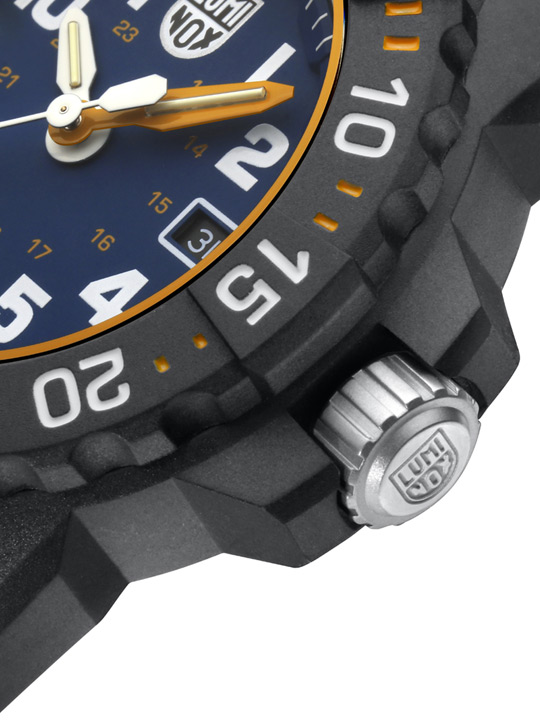 Admittedly, the new Luminox’s Navy SEAL Foundation 3503.NSF is a low-key offering by the brand’s standards. Equipped with requisite tool watch features – 200m water resistance, unidirectional bezel to calculate elapsed dive time, Luminox’s proprietary light technology, time and date display, light but hardy Carbonox case made of compressed carbon tubes – the quartz-driven timepiece ticks all the boxes for an outdoor accompaniment. Even its aesthetics lean towards the subtle. Sheathed mostly in black with a navy dial accented by shots of mustard, the Navy SEAL Foundation 3503.NSF has the disposition of an unassuming daily beater. 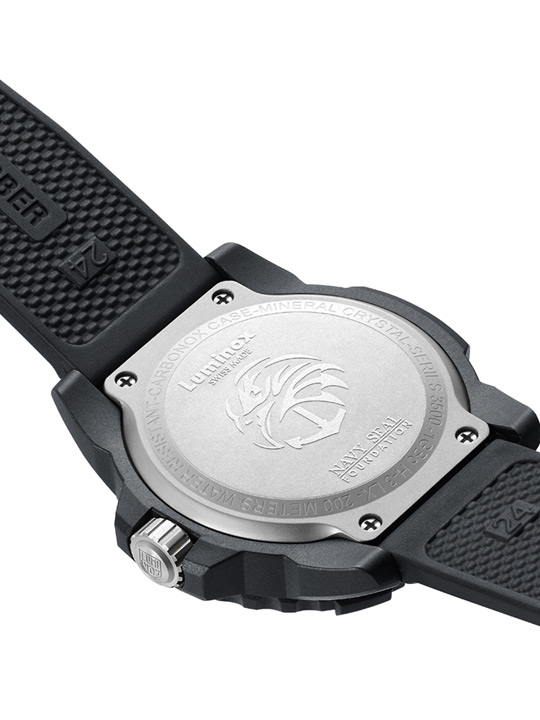 But make no mistake, this is a very meaningful watch. This timepiece commemorates Luminox’s official partnership with the Navy SEAL Foundation (NSF), an organisation that provides support to the Naval Special Warfare (NSW) community and its families. Set up in 2000, the NSF has been a pillar of strength for the soldiers with programmes that range from healthcare and welfare, to education and critical support during times of illness, injury, loss and transition.

Though absent from the front, the NSF’s insignia is etched prominently on the caseback – the only indication, in fact, of the watch’s homage. Navy SEAL Foundation 3503.NSF noticeably eschews Luminox’s regular edition Navy SEAL watches’ high-octane virility and dynamism for a more subtle manifestation of toughness. A perfect expression, we think, for the type of cause it champions. 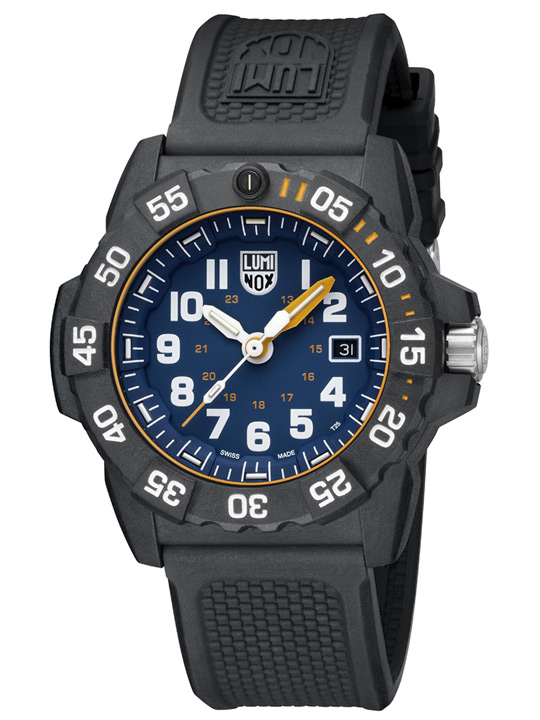