Can we think of a better tie-up than Luminox’s partnership with renowned adventurer, Bear Grylls? A US Navy SEALs-approved brand, Luminox is famed for its hardy functionality, bolstered by its proprietary ultra-luminescent, tritium gas tube-aided technology that helps the watches glow brightly for a staggering 25 years. Bear Grylls, on the other hand, is the famous and charismatic ex-British Special Forces extreme adventurer who has thrilled television audiences the world over with his nature-defying feats and expeditions on shows such as Man Vs Wild and World’s Toughest Race. This is, truly, a match made in jungle survival paradise. 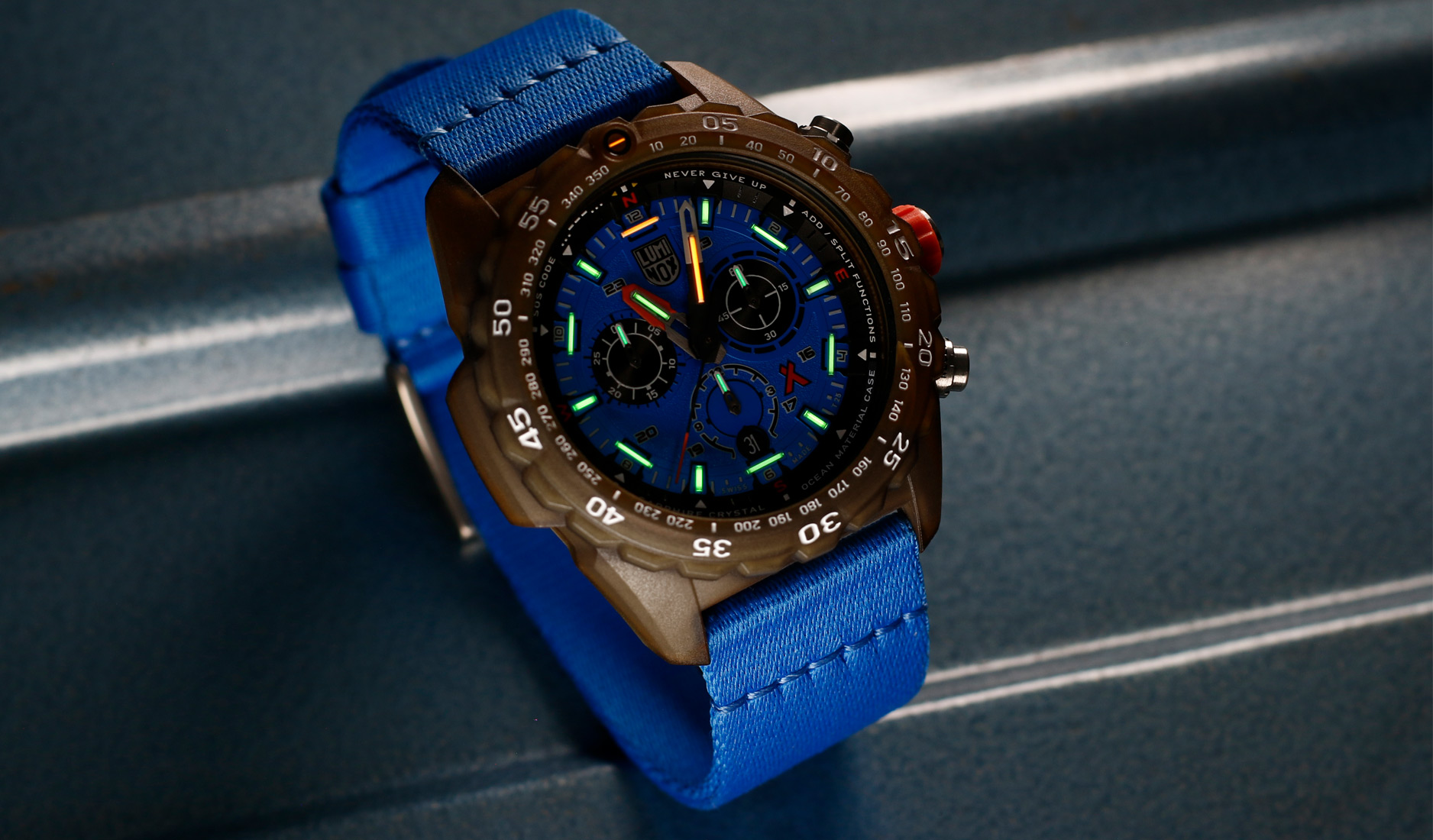 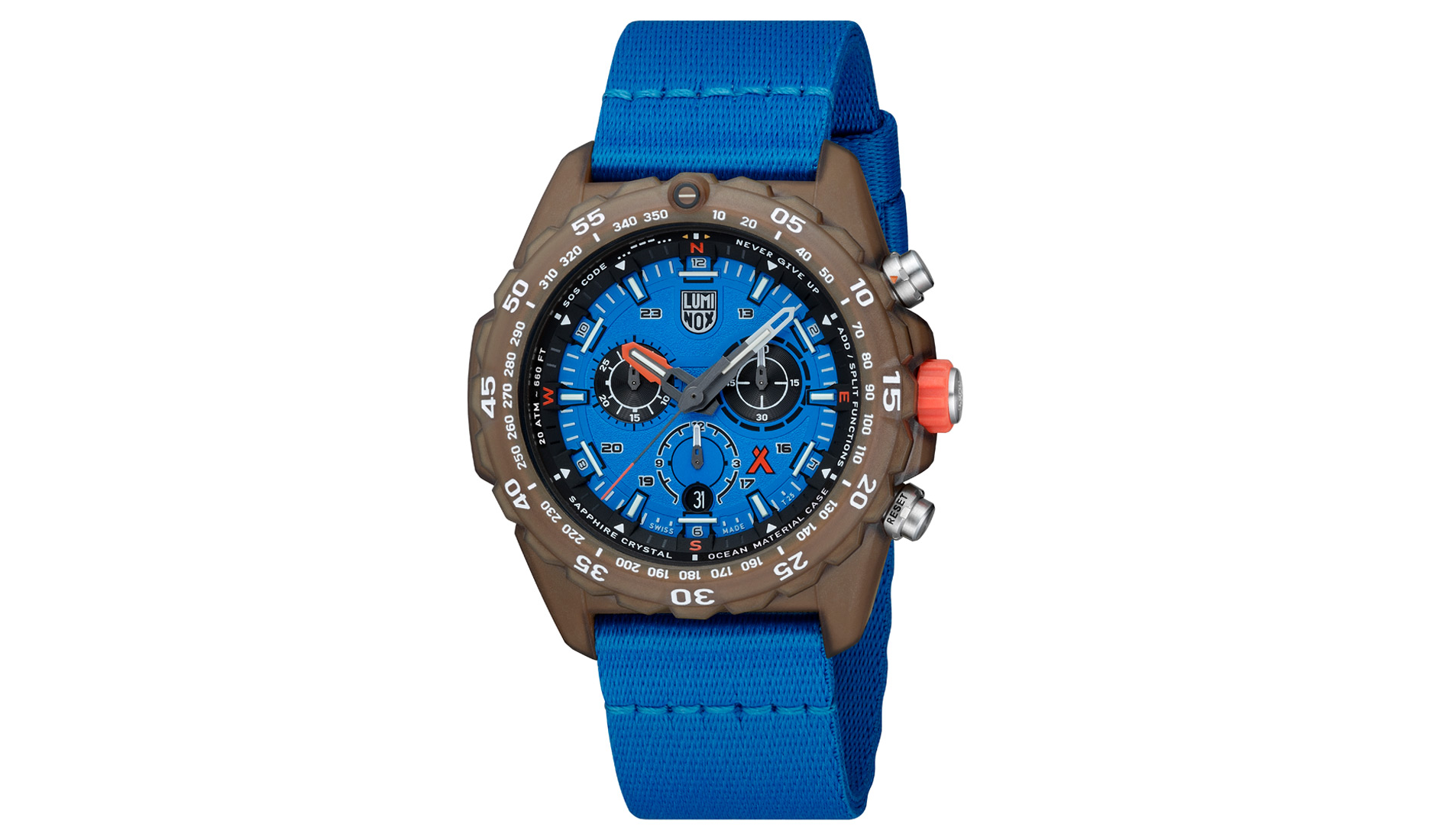 For 2022, the watch company revisits the #tide series of eco-friendly watches that it debuted in 2020 with Grylls, rolling out the Luminox x Bear Grylls Survival Master #tide Chronograph. A trio of colourful quartz chronographs, this new line-up promises to make an impression in the wild or otherwise. 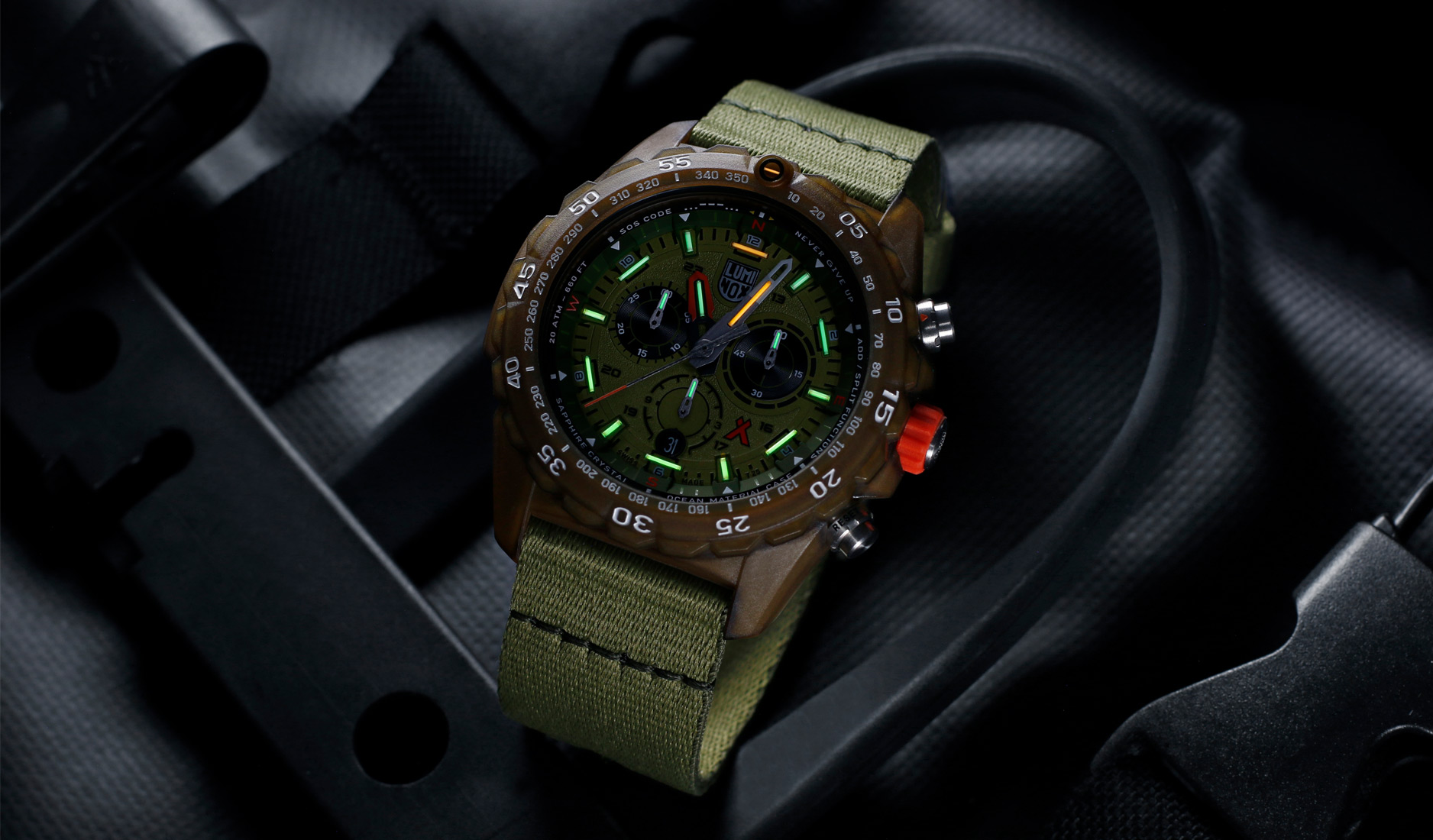 Luminox’s #tide watches are recognised by their cases, bezels and straps, which are made 100 per cent from recycled ocean-bound plastics. Created in collaboration with Swiss-based recycling company, Tide Ocean, the recycled watch components are manufactured using plastic waste collected by fishermen off the coast of Thailand. The used plastic is then registered, washed and processed into a granular material that can be injected into moulds or spun into a yarn. 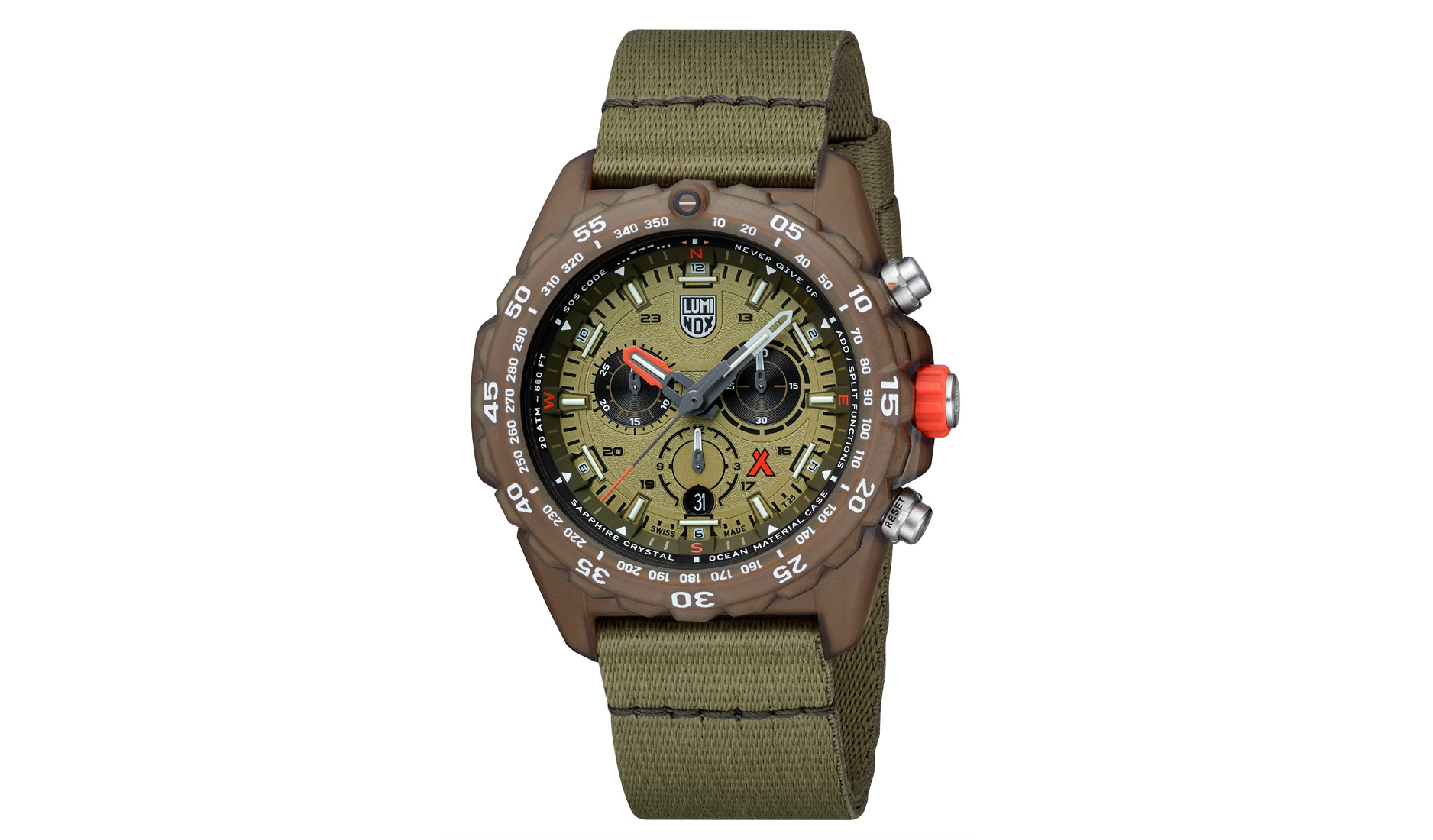 Like earlier Luminox #tide watches, the case and bezel are made with recycled plastic that is moulded over a metal frame, resulting in a watch that is both lightweight and tough at the same time. Admittedly, the translucent, muddy look of the recycled plastic case is an acquired taste. Its light, brown-ish tint may appear grubby for some. But for those who ‘get’ the appearance, the worn and rough-hewn look aptly expresses the watch’s message of outdoor exploration and ocean conservation. 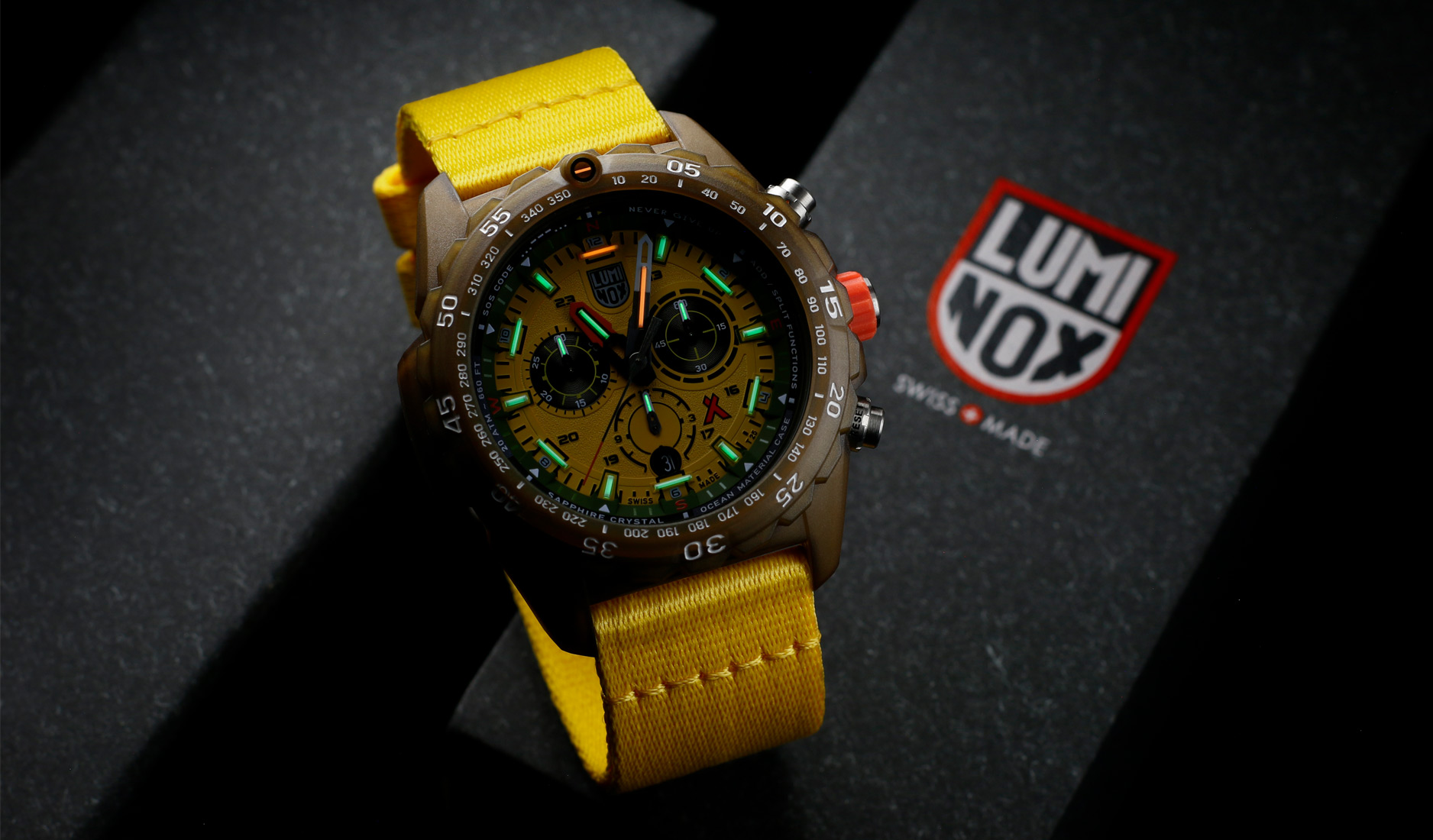 That said, Lumniox has injected some fresh and funky colours into the mix with this year’s offerings. The Luminox x Bear Grylls Survival Master #tide Chronographs are instantly enlivened by bright shades of canary yellow, rich sky blue and camouflage olive green.

Of the three, the green version looks the most Luminox-like with its military-esque demeanour. The models in yellow and blue, on the other hand, offer something striking and new to the brand’s typical all-black colour template – a refreshing draw, especially for younger watch lovers. All three variants come with straps made of recycled plastic that matches the colours of the dials, as well as orange crowns, an ‘X’ logo at four o’clock and a S.O.S Morse code guide added to the minute tracker, as nods to Grylls spirit of adventure. For outdoors lovers looking for a watch that not only matches their passion but actively contributes to the preservation of nature, the Luminox x Bear Grylls Survival Master #tide Chronograph makes a trusty, kindred accompaniment. 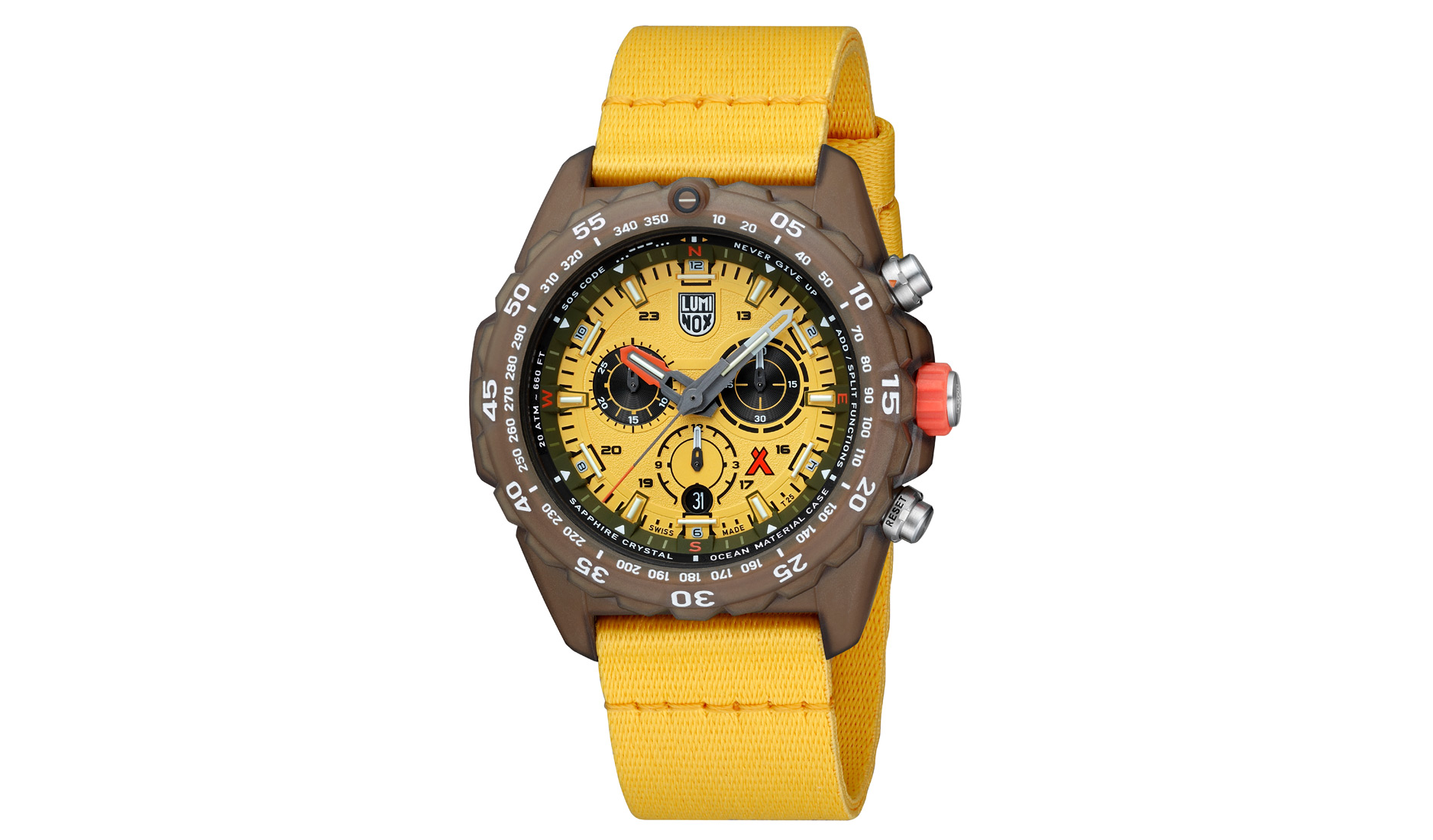