A robust new GMT watch with the famed adventurer’s stamp of approval. 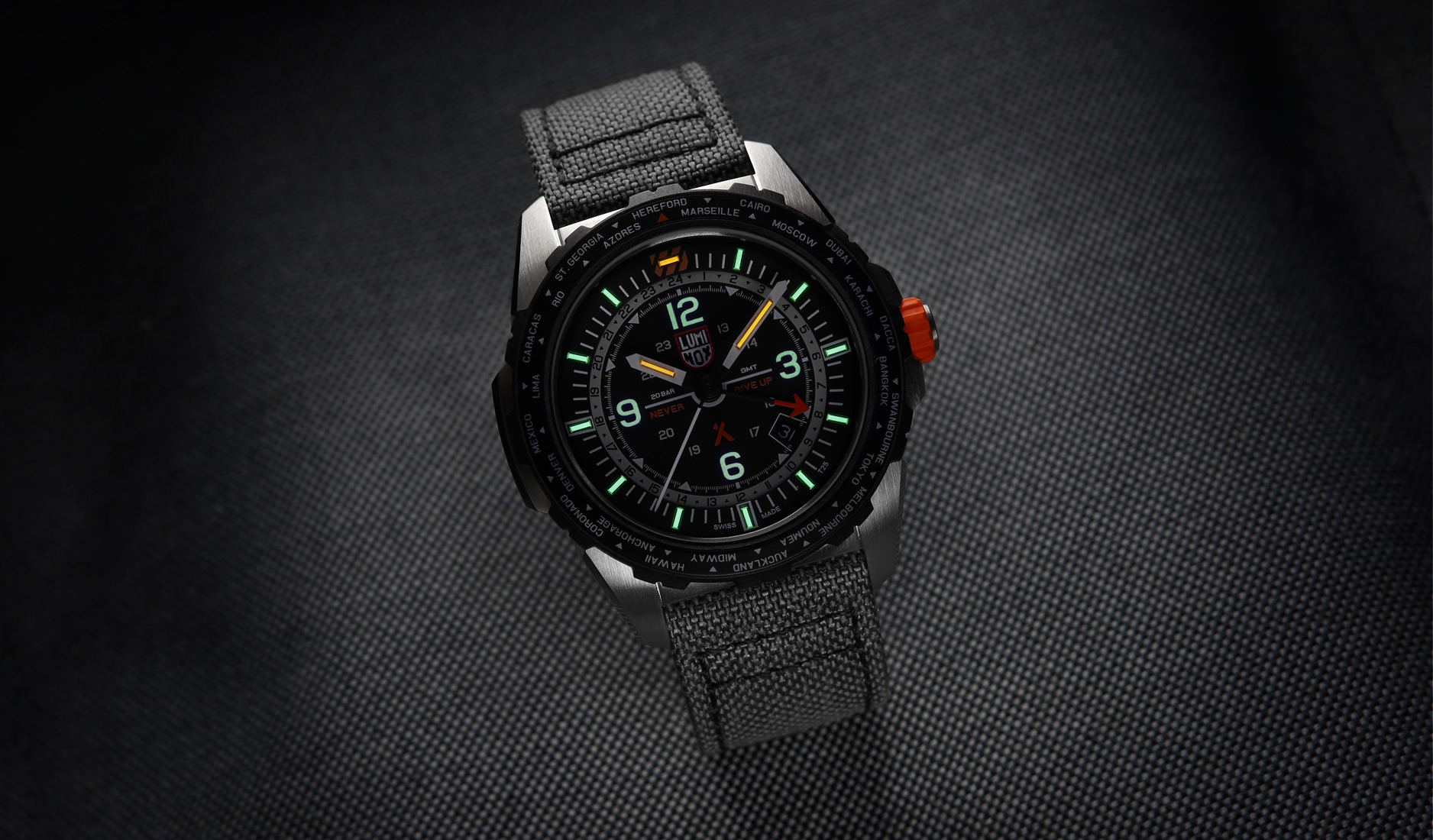 Not one to take its partnerships lightly, Luminox has supplied military professionals from the likes of the US Navy SEALs and special forces around the world with its arsenal of watches famed for their unparalleled luminescence and hardwearing performance. But it was perhaps last year’s tie-up with British adventurer and TV personality, Bear Grylls, that has garnered the most attention.

With his penchant for testing the limits of human endurance and courage amid exceedingly dangerous situations – with millions of global viewers fixated on his exploits – Grylls is a match made in heaven for Luminox. And in just over a year, the watch brand had marched out a slew of Bear Grylls-stamped timepieces, spiked with the man’s signature and trademark orange hue, espousing the spirit of adventure and persistence through their robust features and survival-themed collections. 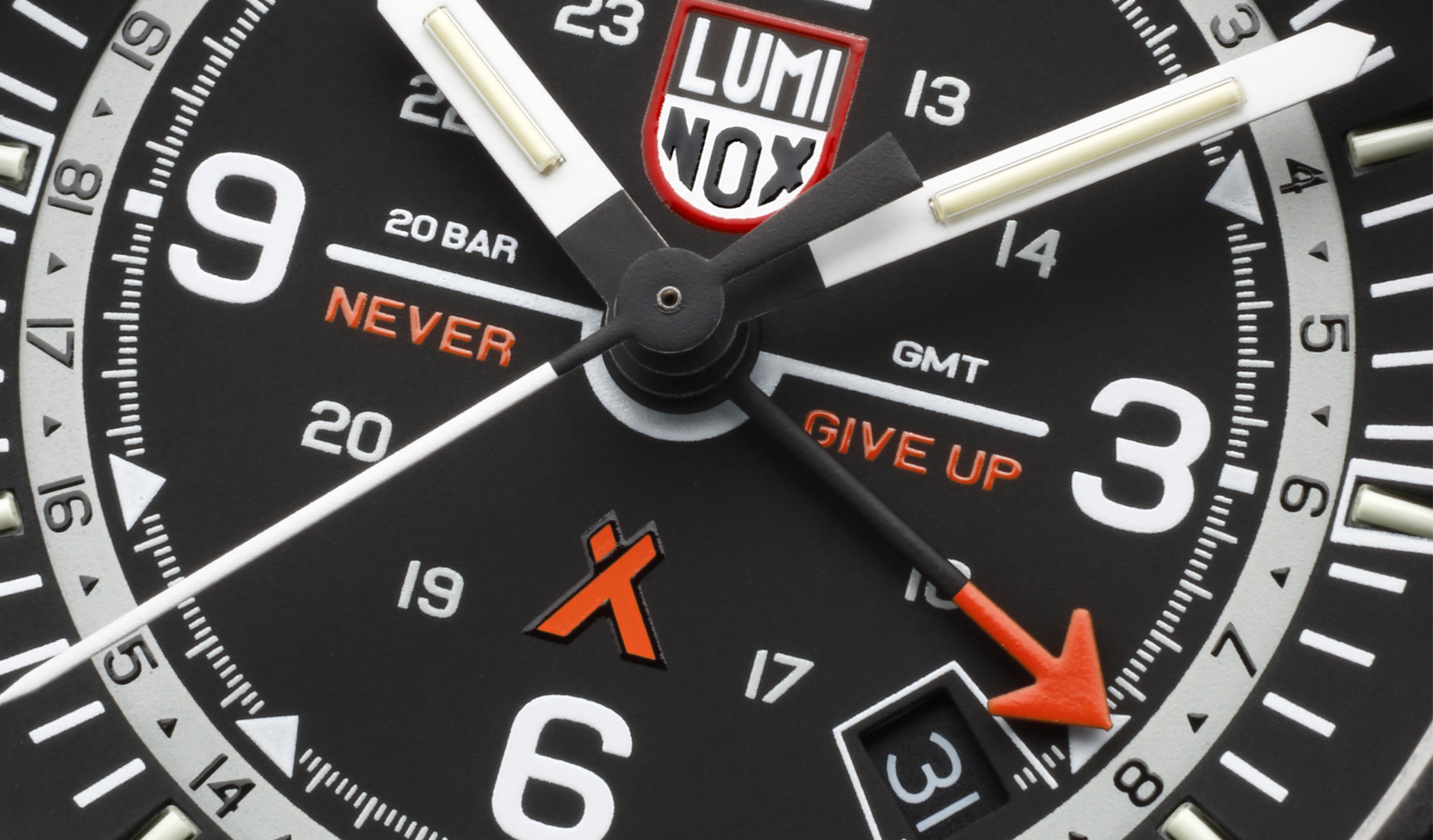 This year, the collaboration once again takes flight with the Bear Grylls Survival Air collection, a pair of aviation-themed world time watches that are huge, utilitarian and look ready to be strapped on to Grylls' wrist as he rappels from the helicopter into an untamed alpine valley.

A true-blue adventurer’s accompaniment, there is no mistaking the watch’s hardy, performance-first virtues. The GMT watch displays time across 24 time zones at a single glance, indicated by a bi-directional carbon bezel marked with corresponding cities that are home to elite forces based around the world. There is the additional perk of a second-time zone indicator, marked clearly by a GMT hand with orange tipped arrow pointing to a 24-hour inner ring. Throw in the regular time display, date window, minute track, Luminox and Bear Grylls logos, and the man’s ‘Never Give Up’ motto – there is a lot of information to take in on the dial. Yet, somehow, it works. Thanks to the clever use of high-contrast tones, which becomes even more pronounced in the dark, due to Luminox’s patented light technology, and tiny but striking orange accents that serve both practical and stylistic purposes, the myriad displays are a breeze to read – certainly an advantage for a timepiece designed to brave the elements.

On paper, the watch’s chunky profile and 45mm case size may appear prohibitive for those not blessed with thick, muscular arms. But even on an average-sized wrist, as with yours truly, the Bear Grylls Survival Air wears well, without that annoying overhang that one gets when trying to strap on a watch that is too large. For sure, one can get a tighter fit from the model with Cordura strap, but the version with the Milanese mesh bracelet accords the watch a hint of sportive luxury that is rare for Luminox. Style is subjective, of course. But rest assured, either way, the Bear Grylls Survival Air is tough enough to take a beating, wherever your adventure takes you. 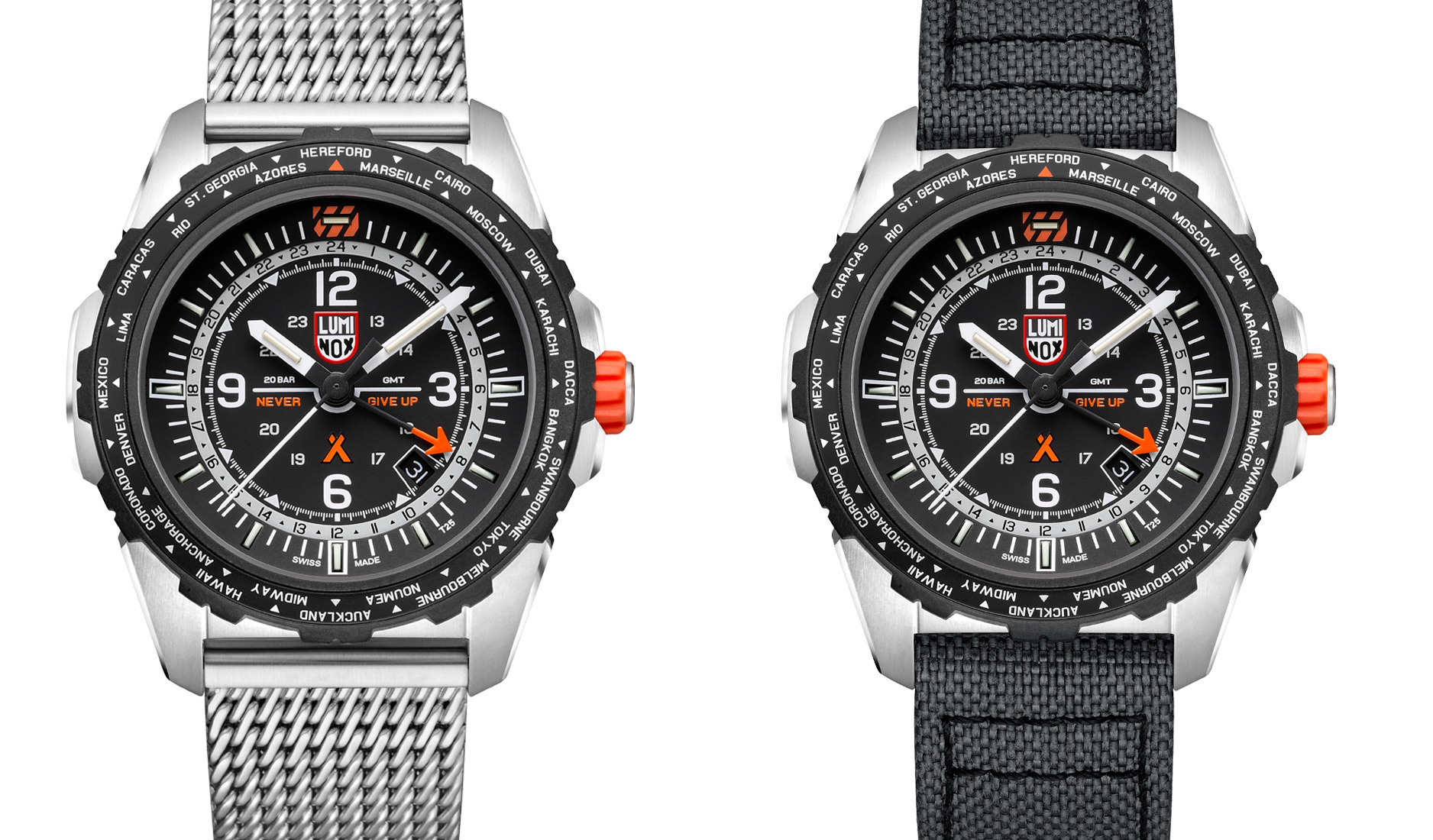