Louis Erard proves yet again that two heads are better than one.

Louis Erard’s collaborative limited editions have taken such a life of their own that we are now having fun wondering which watchmaker, designer or horological entity will be up next to stamp their unique marks on the brand’s watches. What makes this guessing game all the more intriguing is that all of Louis Erard’s collaborators so far have been remarkable industry luminaries. 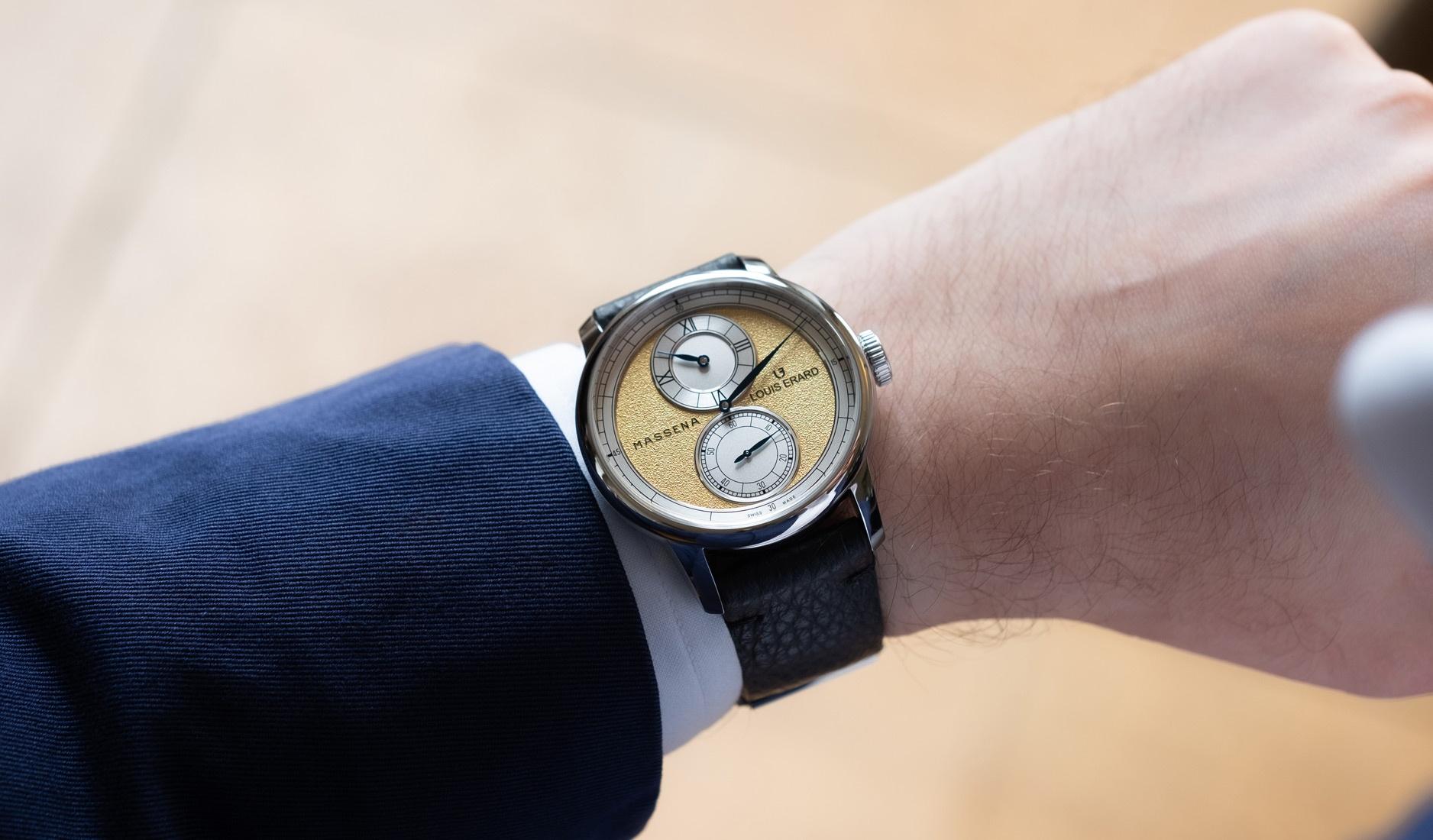 The brand typically offers its day/date, three-hand and regulator models as blank canvases for its collaborators. For the new Louis Erard x Massena LAB limited edition, the Le Régulateur is the vessel of choice. For those who are unfamiliar, a regulator watch is one that displays the hour, minute, and seconds hands separately on the dial, instead of having all the hands at the centre. This unique display is derived from 18th-century regulator clocks, which featured such displays ostensibly for better legibility. On modern wristwatches like Louis Erard’s Le Régulateur, the distinct design lends a touch of old-world sensibility – a look that is perfectly suited to Massena LAB’s idea to transpose the design of a 19th-century marine chronometer on a watch. 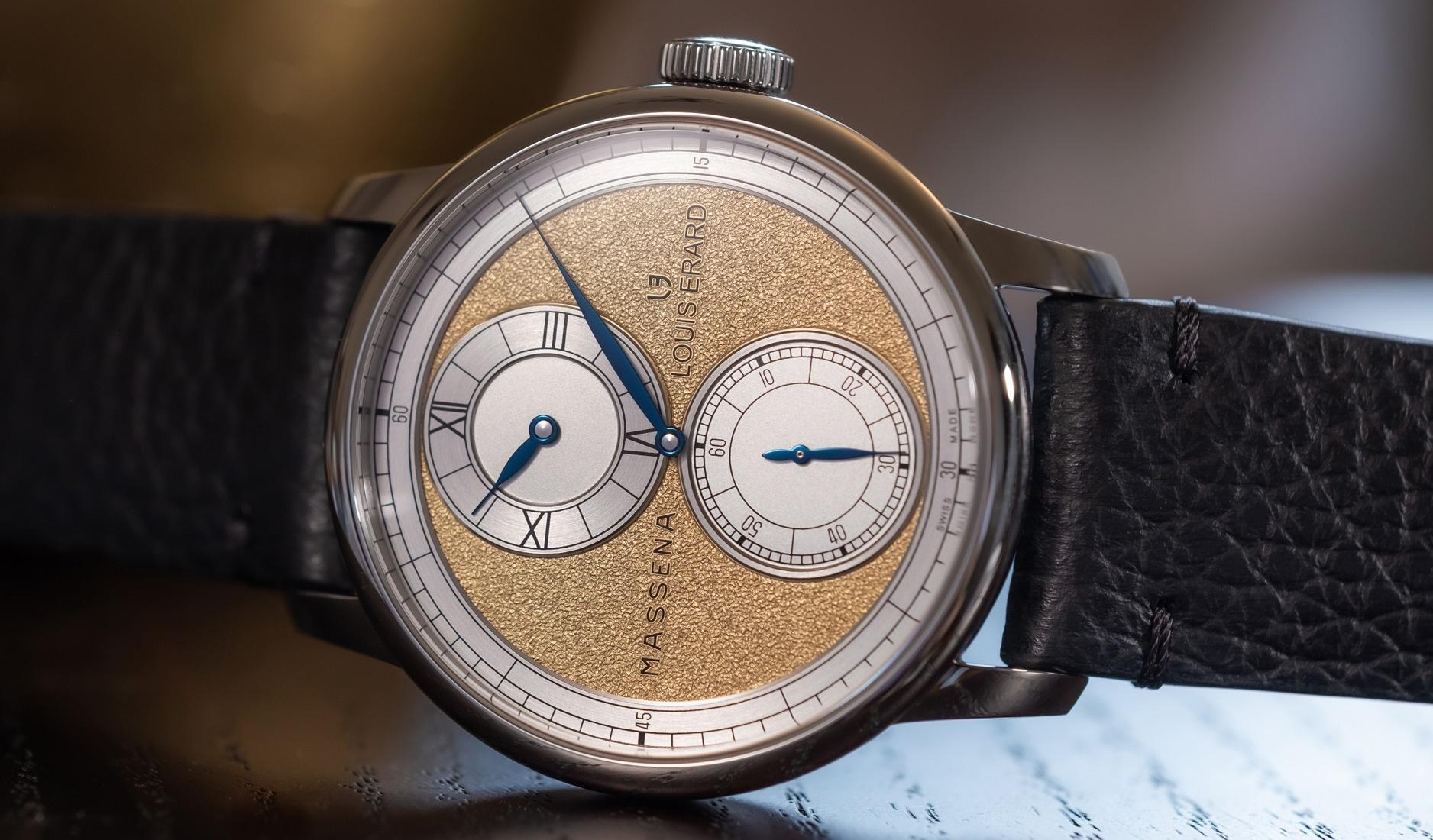 Indeed, the Louis Erard x Massena LAB limited edition models appear to have been plucked from the dusty pages of an ancient horological periodical. Housed in a 42mm polished stainless steel case, the watch’s regulator display is outstanding. Set against a rhodium- or gold-plated base with grained texture are elevated hour and seconds sub-dials with silver-plated opaline centres and rhodium-plated chapter rings with circular satin finish. The chapter ring for the large central minute hand is similarly rhodium-plated with circular satin finish.

Complemented with blue leaf-shaped hands, the watch emanates a refined and antiquated aesthetic, punctuated by a touch of contemporary spirit with the Louis Erard and Massena LAB brand names in modern fonts that run across the dial. The crown, too, is stamped with the Massena LAB logo. 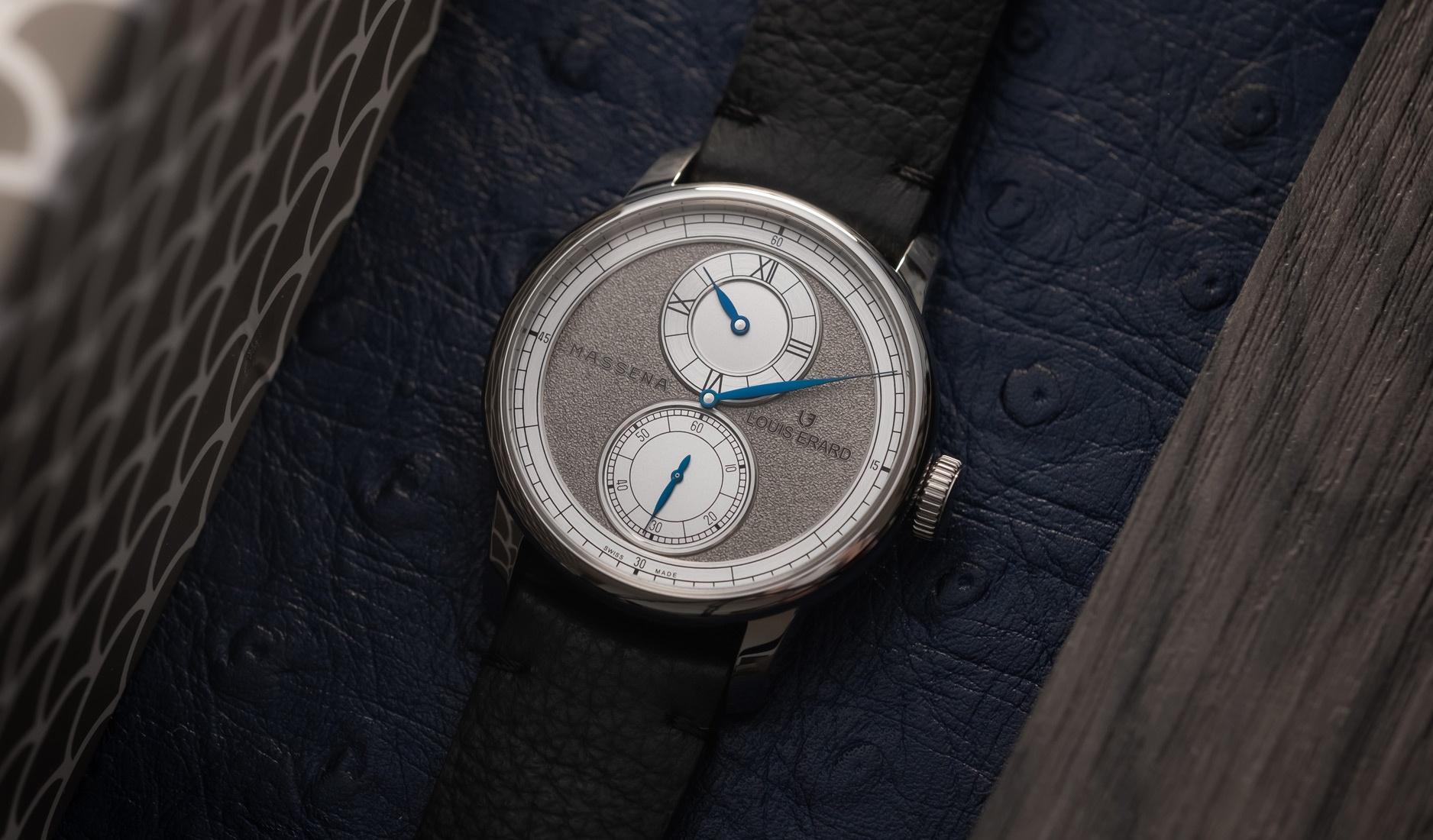 “Louis Erard allowed me to mix codes, to cite the classicism of a master watchmaker like Antide Janvier, and to democratise a style that’s usually reserved for wealthy collectors,” explains William Massena, former CEO of Antiquorum and a respected, known collector, who founded Massena LAB in 2018 as an independent platform for horological collaborations.

Limited to 178 pieces each in rhodium- or gold-plated dial, the Louis Erard x Massena LAB is priced attractively at S$5,190, making it a very enticing option for watch lovers who desire affordable exclusivity with a touch of gravitas. 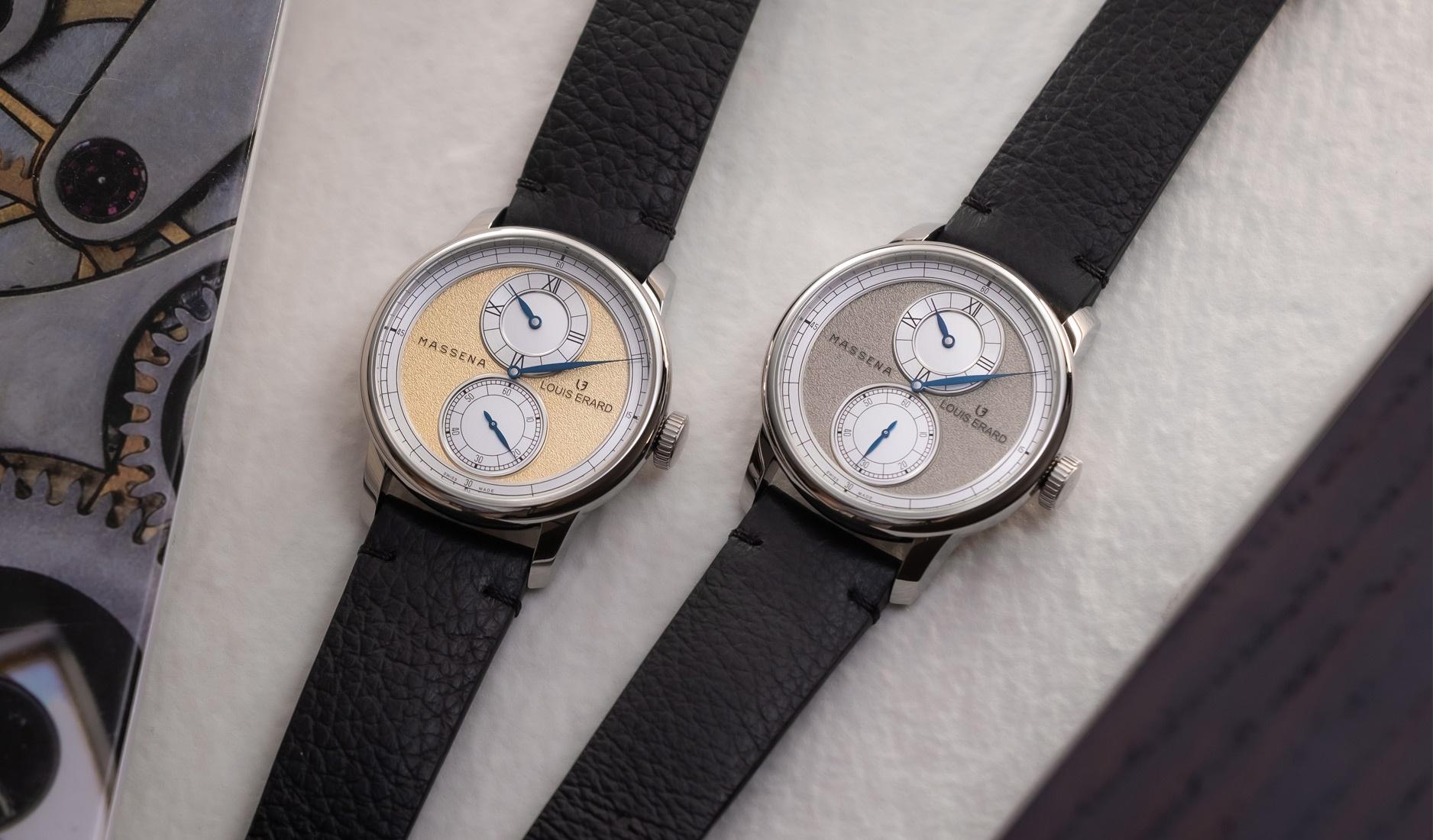