Louis Erard is on a roll with its art and design-led collaborations. 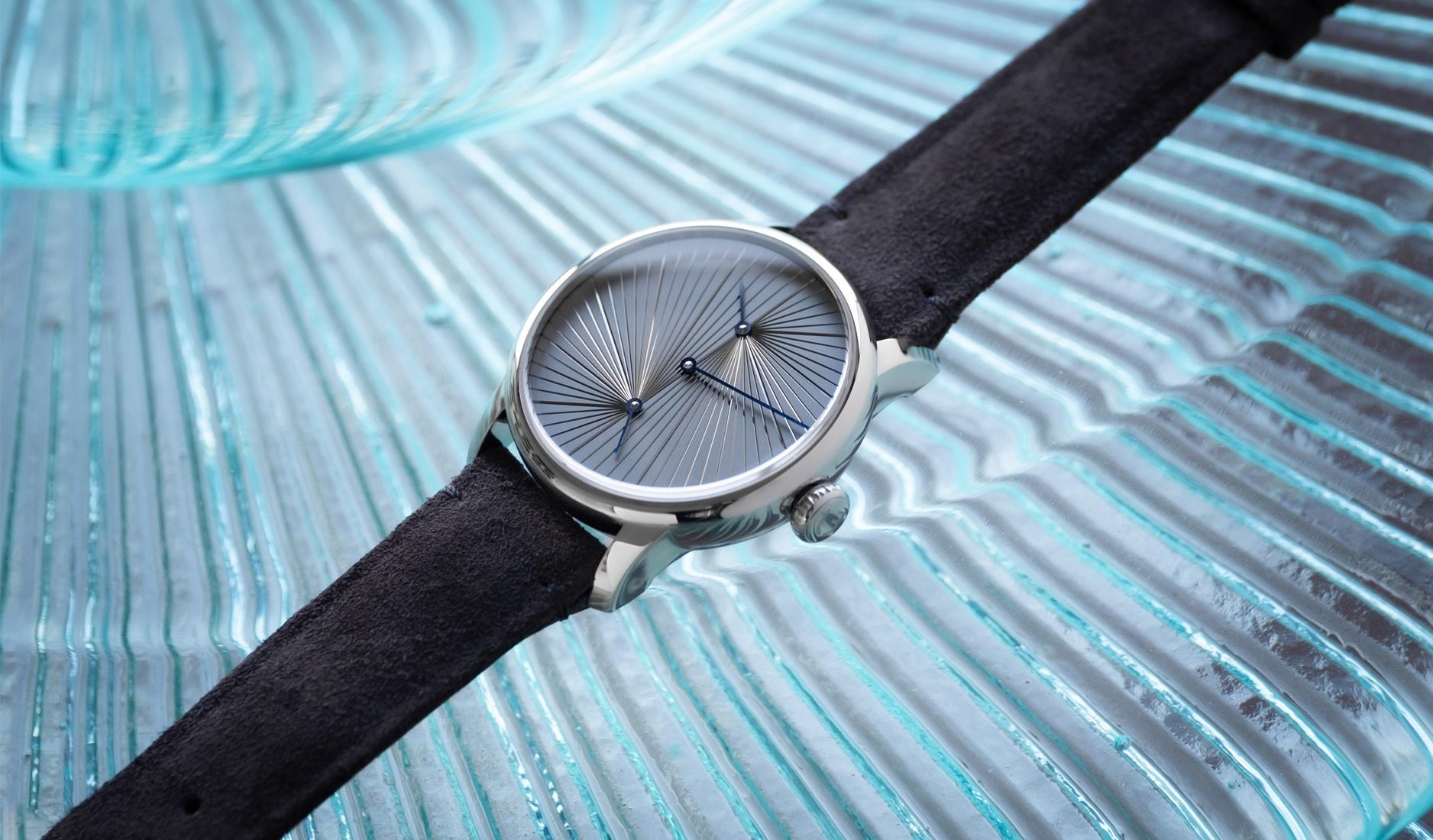 After successful hook-ups with watchmaking mavericks Vianney Halter and Alain Silberstein, the brand is back with yet another collaboration in quick succession. This time, though, it is with a non-horological entity – a Swiss architecture and design studio known as Atelier Oï.

Just as it was with Halter and Silberstein, in which Louis Erard pretty much gave carte blanche to both men to inject their unique personalities and reinterpret its watches (and thereby elevating those timepieces into coveted collectibles in one fell swoop), Atelier Oï looks to have free reign over the design of the Le Régulateur watch. And it is fair to say that the watch is in very assured hands, given Atelier Oï’s illustrious track records at winning design awards, including the IF Design, European Museum of the Year, Red Dot awards, and international clients that include luxury furniture house, B&B Italia. 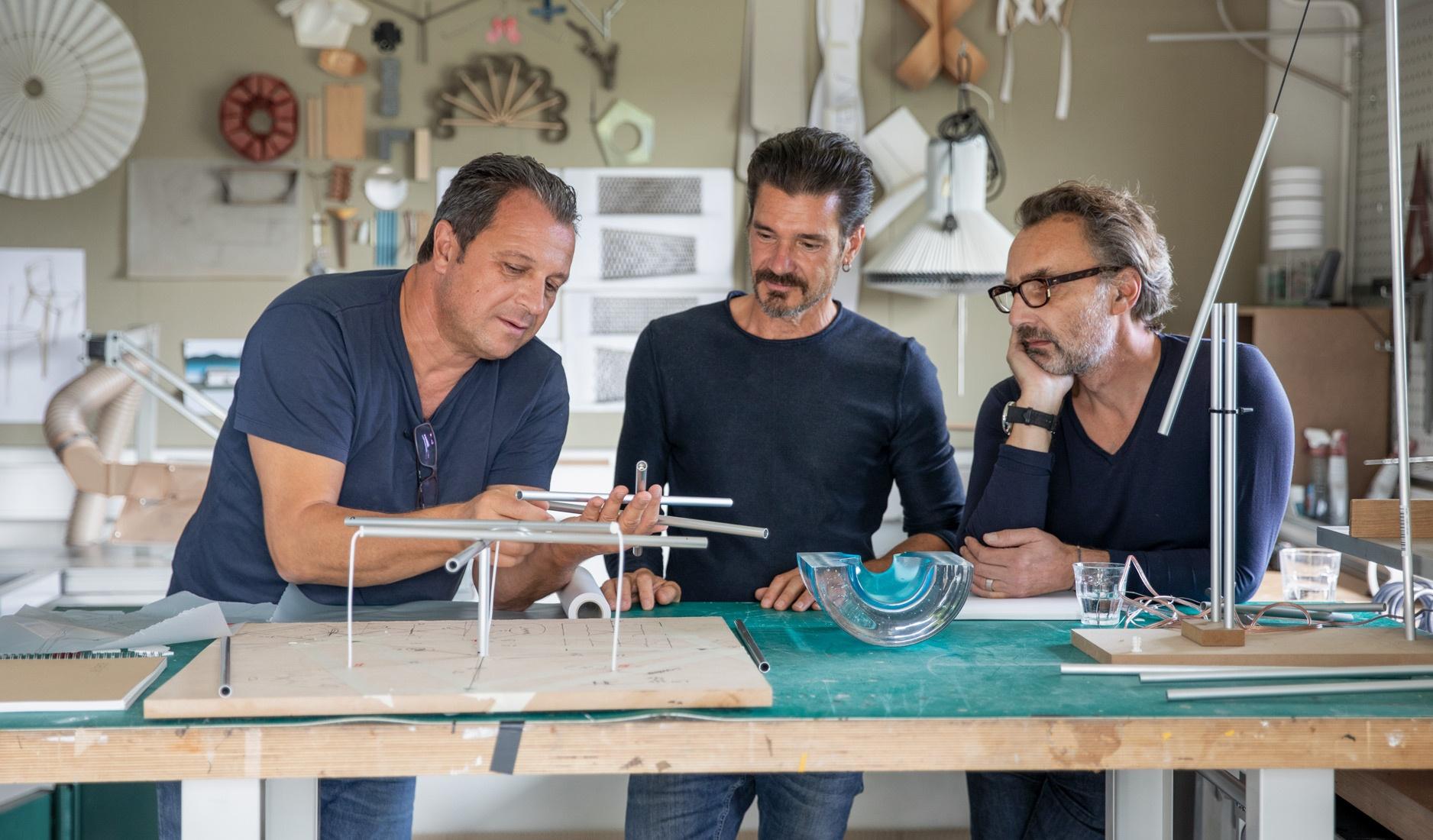 With the Le Régulateur’s distinctive off-centred and separate hour, minute and seconds displays, the folks at Atelier Oï have a rather whimsical canvas to work with. Where Halter’s take was one that suggested a classic-contemporary mash-up, and Silberstein’s version a characteristic pop-art excursion, the Le Régulateur Louis Erard X Atelier Oï is an artful expression of asymmetry and texture. In fact, at first impression, the dial execution reminds us of Bulgari’s Octo Finissimo design in collaboration with architect Tadao Ando, with its gorgeous and studied use of lines to convey its design. 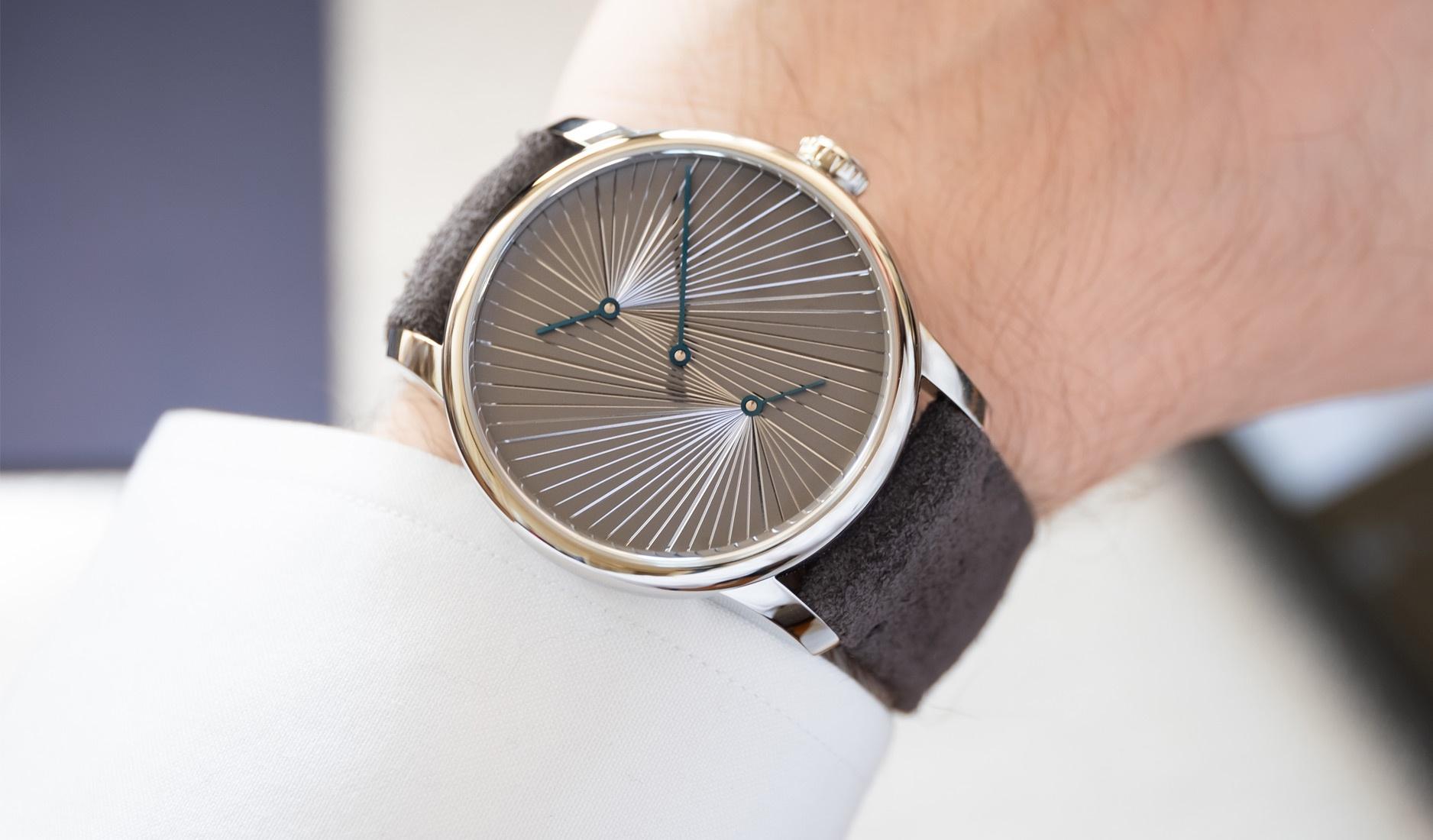 The Le Régulateur Louis Erard X Atelier Oï is nuanced and striking in equal measure. Framed by an elegant polished steel case, the slate grey dial takes pride of place, decorated with an exacting pattern of lines that fan out in both directions. The studio describes the artistic concept as “(radiating) from the centre outwards”.

The look, which evokes that of a sundial in perpetual motion, is both mesmerising and minimalistic, as the designers strip away all other superfluous details, leaving the sleek blue baton hands to tell the time against a patterned monochromatic backdrop. Even the lovely nubuck strap, which adds soft tactility to the watch, only serves to support the artistic display with its deeper shade of grey and tone-on-tone stitching.

Like all Le Régulateur watches, the Le Régulateur Louis Erard X Atelier Oï runs on the automatic Sellita SW266-1 calibre with 38-hour power reserve, which is shown via an open caseback. Limited to 178 pieces. 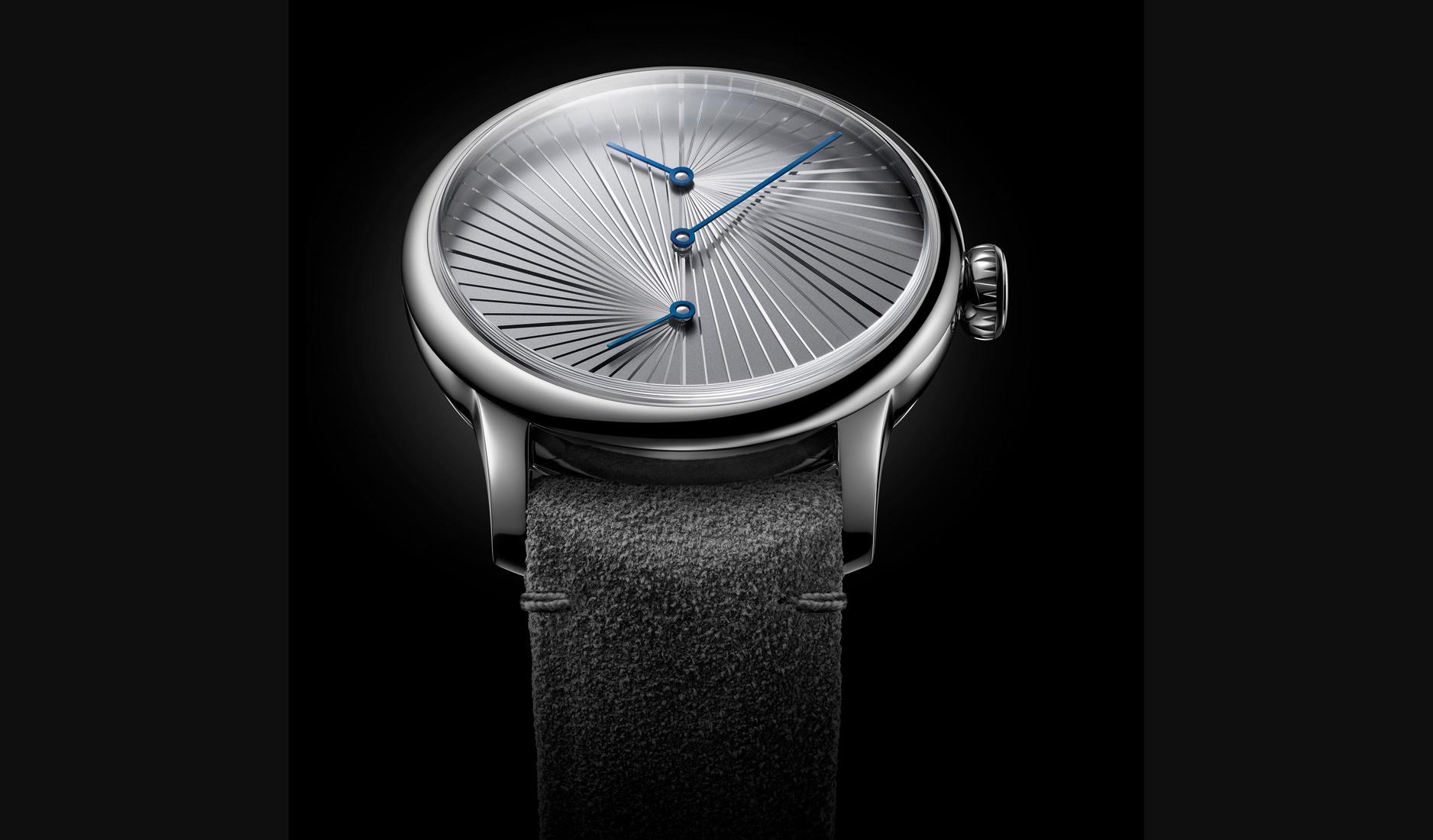