Longines brings the crew back together. 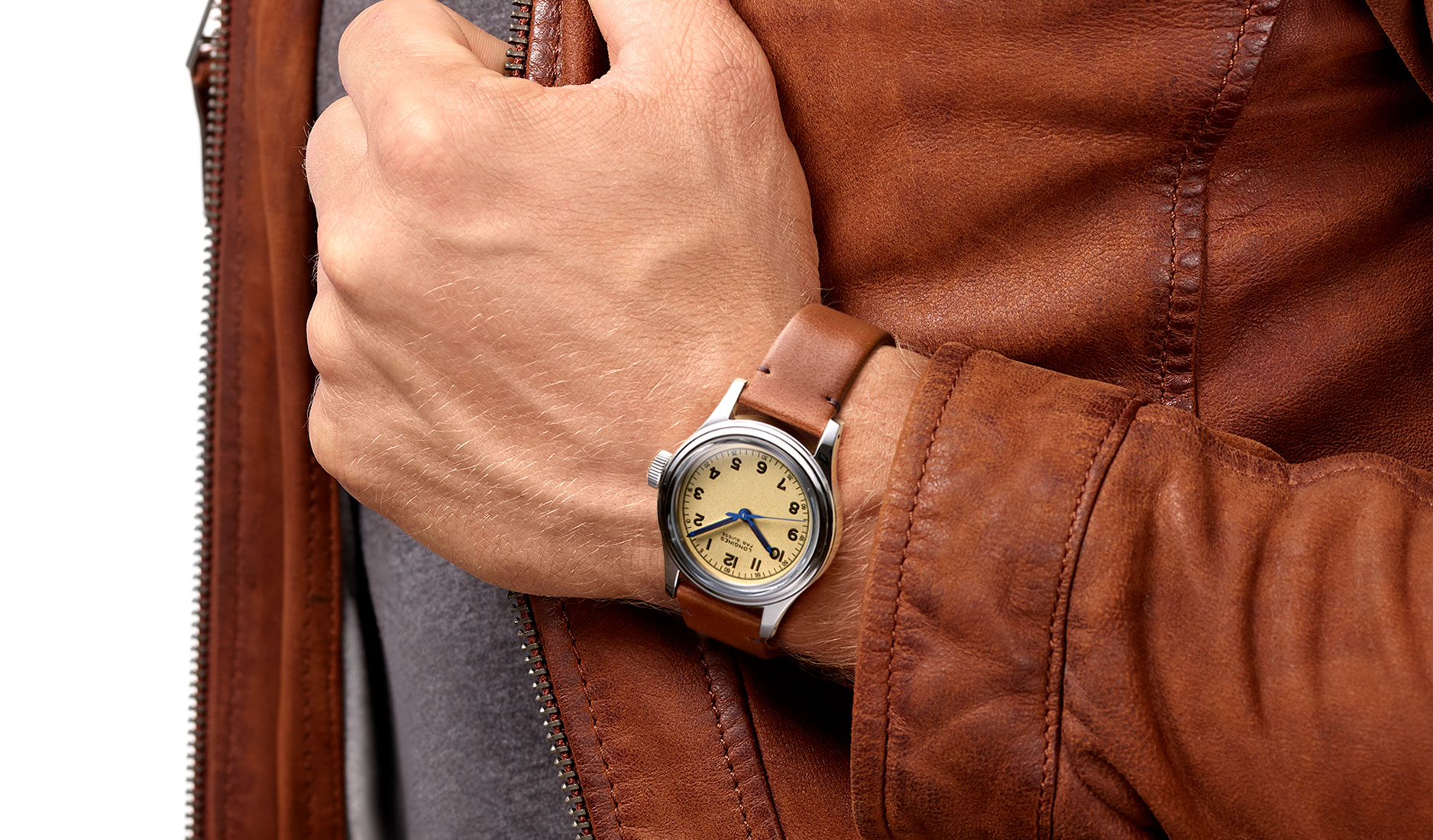 If there’s one trend we can’t seem to get over, it’s vintage watches. Whether it’s the smaller size, patina or box sapphire crystal, watches of yesteryear just seem to have that nostalgic allure collectors can’t get enough of. And Longines knows that very well, making them (in our opinion) one of the best in the market when it comes to producing vintage reissues or throwback tributes.

We recently had the pleasure of interacting with the brand’s novelties (a privilege that we’ve learnt not to take for granted in these times) and, amongst all the exciting new models on display, the Heritage Military Marine Nationale stood out for us.

Now, we like a good vintage watch as much as much as the other guy, but it has to be one that actually has a story behind it. Otherwise, it’s just an old-looking watch, isnt’ it? So the first thing we checked about the Heritage Military Marine Nationale was whether it did, indeed, have a past. And, by virtue of the fact we’re writing about it, the answer should come as no surprise. 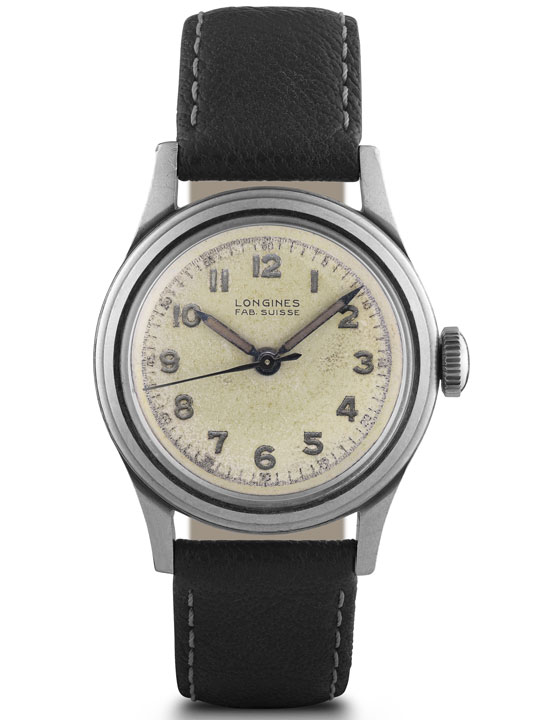 Back in the 1940s, Longines was commissioned by the French Navy, or the Marine Nationale, as they’re called in France, to produce an exclusive timepiece for its crew. The watches had to be everything the men were—tough and precise. This led to the development of the 5774—a timepiece with a 33.5mm case, housing Longines’ classic 12.68N manual-winding movement. On the caseback was engraved the initials, ‘M. N’, for ‘Marine Nationale’, a mark of the prestige accorded to these military men and their timepiece. 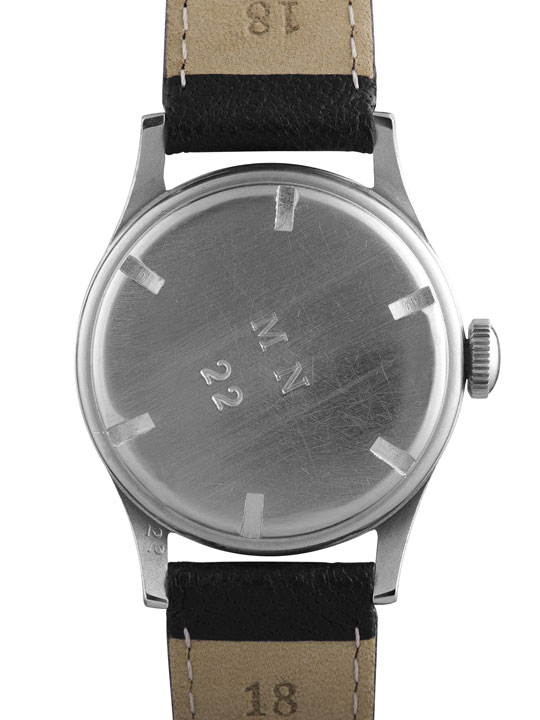 Adhering carefully to its forebear, the new Heritage Military Marine Nationale retains the box crystal over the dial, which features the words ‘FAB. SUISSE’ (fabrique Suisse), like the original. The unique shape of the counterweight seconds hand also remains the same, while the golden opaline dial has been tweaked to resemble that of the 5774. 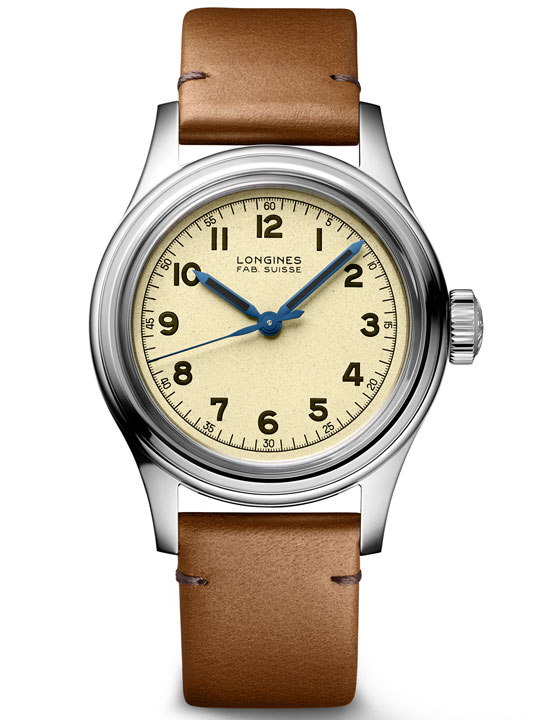 There are a couple of differences, though. Perhaps the most obvious one is the increased case size. Up by 5mm to 38.5mm, the watch is now in ‘average size’ territory. It’s unfortunate for those of us with smaller wrists, as 33.5mm would have fit much better. The lugs don’t really curve much either, so you can’t quite get away with it. Since smaller cases are a hallmark of most vintage timepieces, we’d have scaled up to 36mm, tops. But if Longines was looking to modernise the watch, 38.5mm is a pretty safe size. 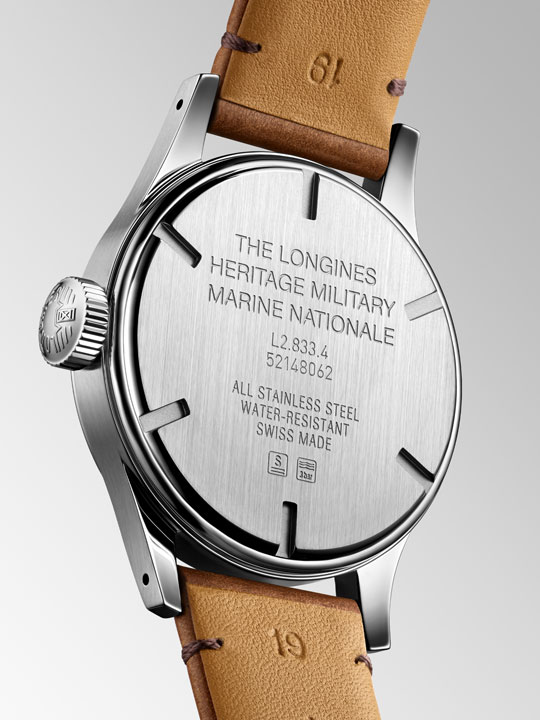 The other main difference is in the engine. Unlike the manual-winding Calibre 12.68N, the new Heritage Military Marine Nationale uses the self-winding Calibre L888.5 with silicon balance spring. A reliable workhorse, the movement also features in the HydroConquest and Record collections. If you’re looking for a vintage-inspired piece, the Longines Heritage Military Marine Nationale is really quite something. The box crystal does a great job of accentuating the retro dial with blued steel hands, while the cognac leather strap adds a nice touch. Another winner from Longines, for sure.