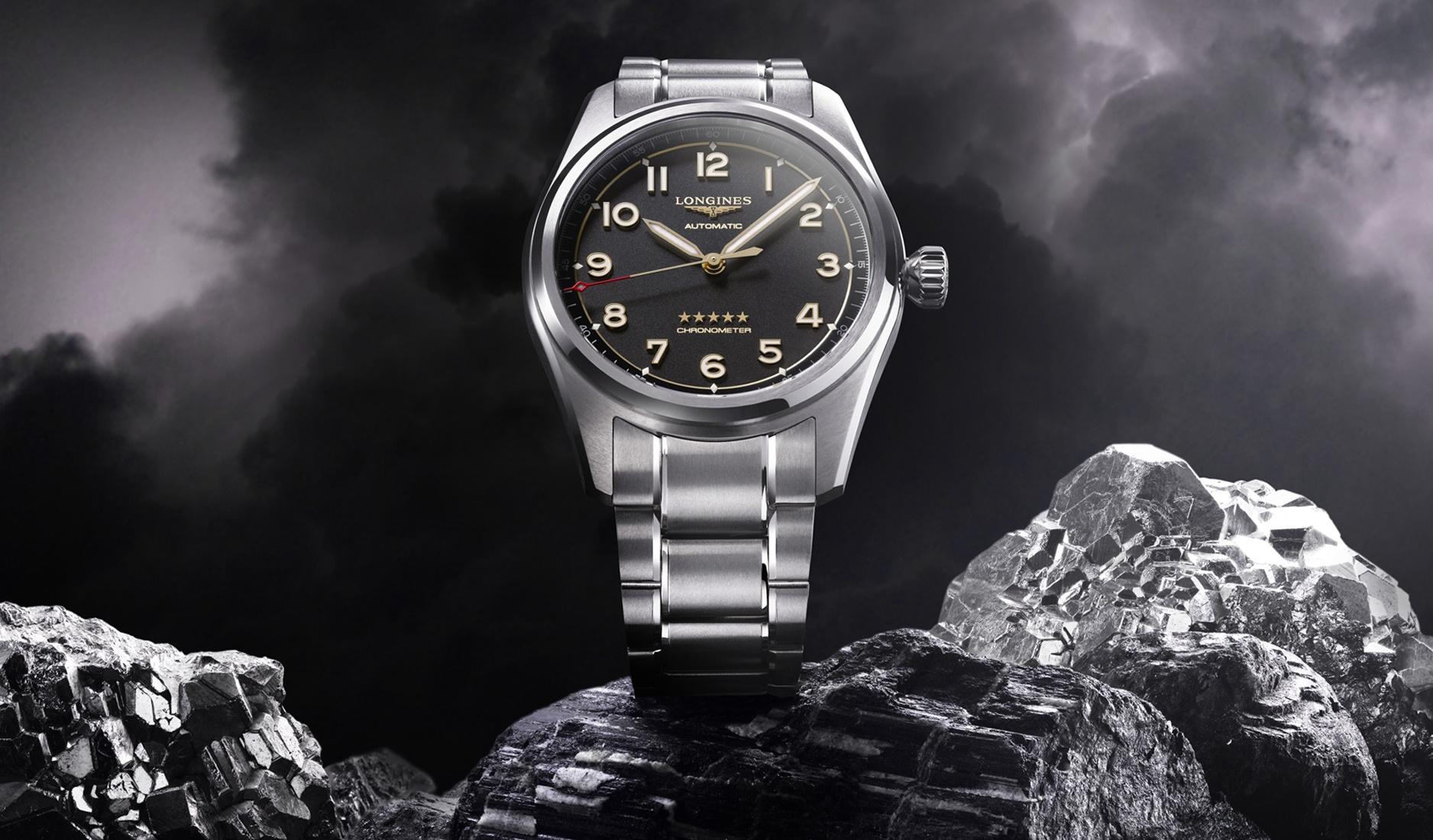 Longines’ Spirit, the brand’s offering in the premium sports watch category, features a carefully calibrated combination of vintage inspiration, pilot’s watch aesthetic and contemporary muscle. Inspired by pioneering aviators, such as Amelia Earhart, the first female pilot to fly across the Atlantic Ocean, and Howard Hughes, a pilot who in 1938 went on a ground-breaking flight around the world in three days - both of whom had worn Longines during their epochal adventures – it is appropriate to say that the Spirit collection has taken off rather quickly.

An unfussy yet refined repertoire of contemporary timepieces, the Spirit collection, which currently comprise a variety of three-hand and chronograph models, have been a hit for Longines. It is a collection that not only blurs the lines between sturdiness and sophistication, but is also billed as amongst the brand’s most sophisticated offerings. 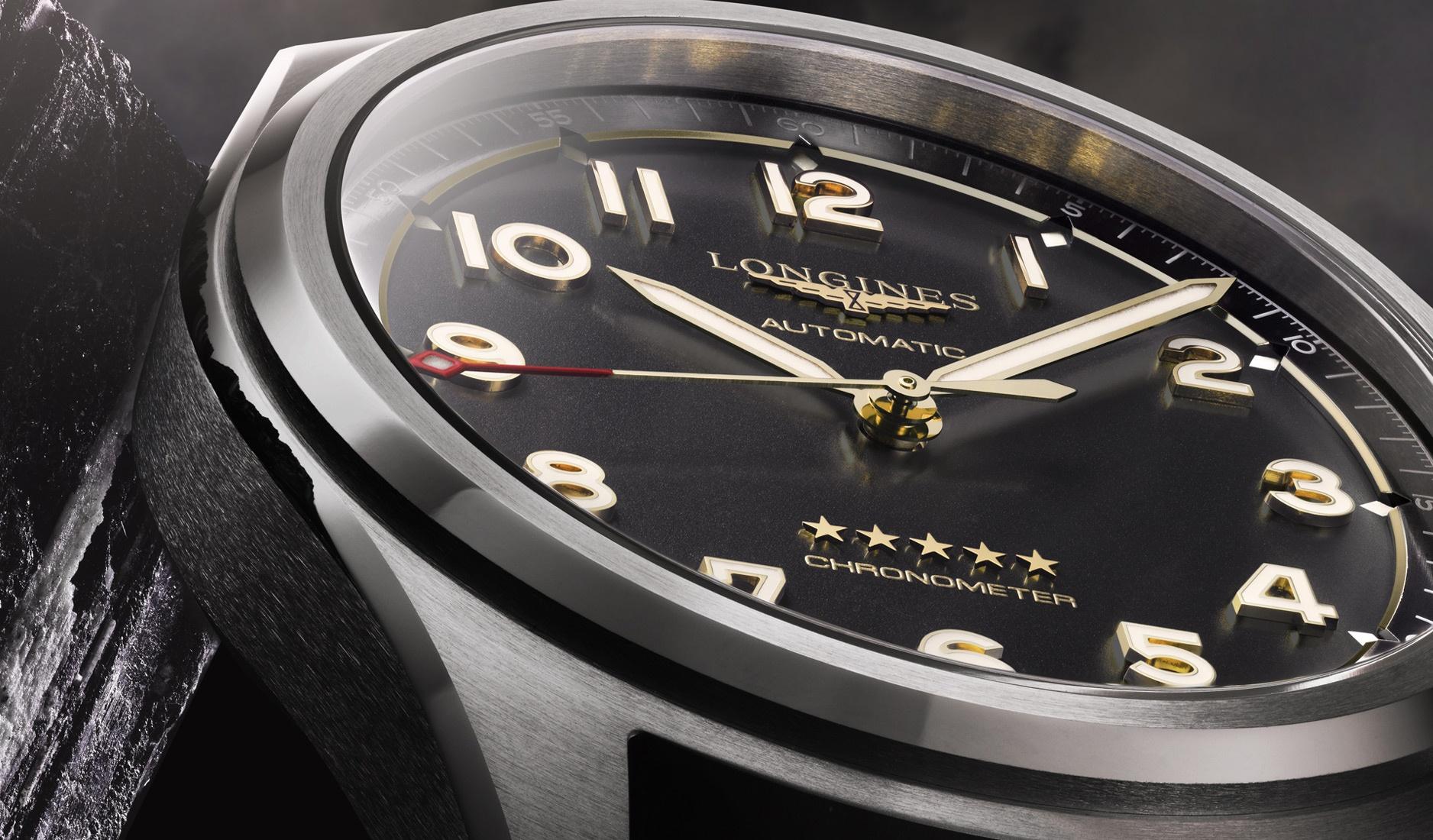 The most conspicuous proclamation of the collection’s qualities is writ large on the dial with the word ‘Chronometer’ with a five-star logo underneath. All Spirit watches come with COSC-certified automatic movements with silicon balance spring, and the chronograph models, which also bear the COSC certification, are equipped with a column wheel—a component that’s found in high-end chronographs—for more precise activation of the mechanism.

One can easily spot the Spirit’s nod to old pilot’s watches. Legibility and ease-of-use, two elements commonly associated with vintage pilot’s watches, are manifested in the Spirit’s large tapered crown, and its hour numerals, which are large, tall and coated with Super-LumiNova. Even so, the said components are not overtly hung up on rehashing old design blueprints to evoke nostalgia. The tapered crown isn’t excessively large, as one would imagine if Longines had decided to go all-out on the vintage route. Likewise, the applied numerals are carefully stylised with a neat and clean font that just looks timeless. 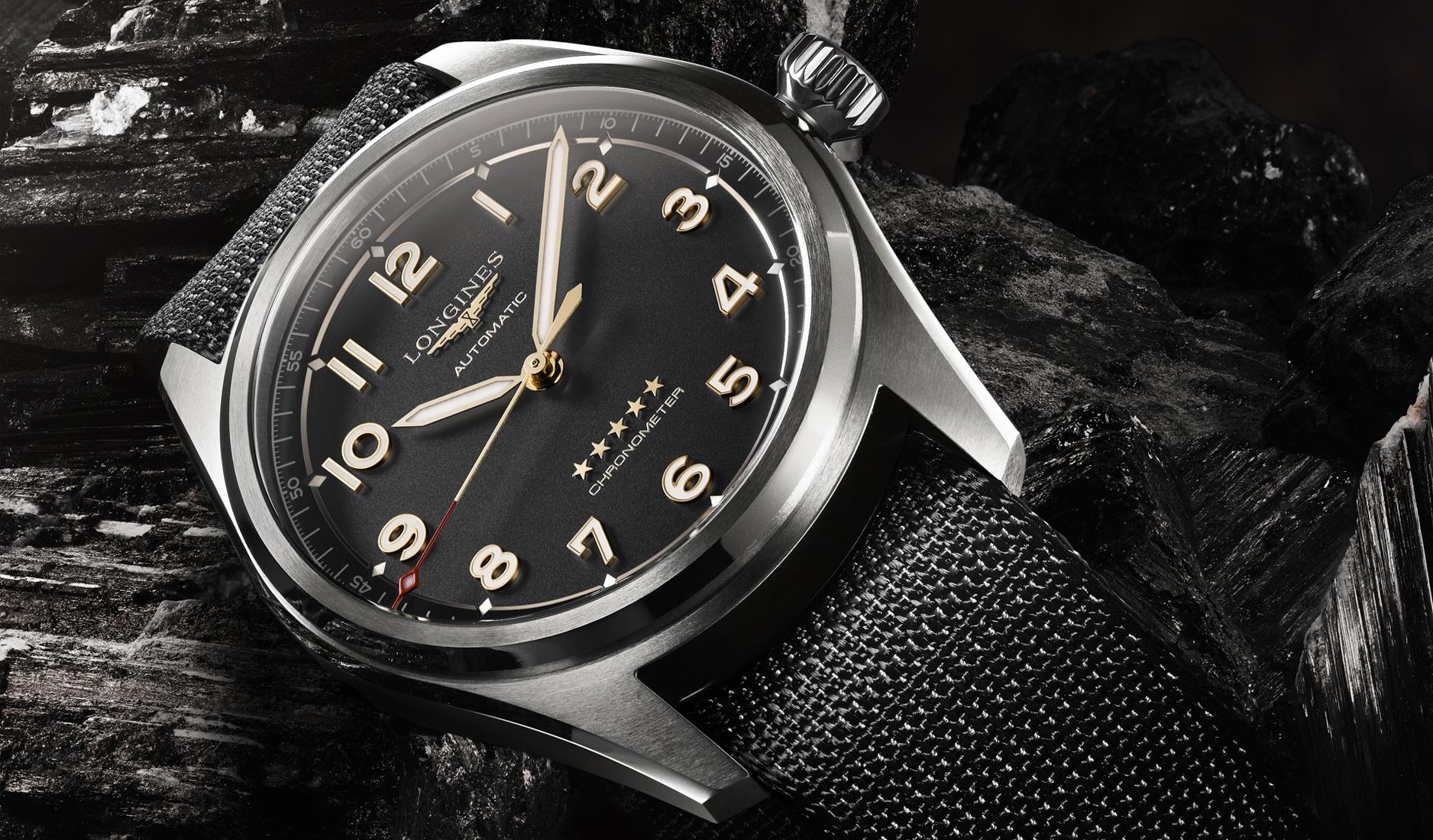 Previously housed in stainless steel, the Spirit series now welcomes a new titanium variant to add to its rapidly expanding line-up. A material that is superior to steel in terms of hardiness, but almost 50 per cent lighter, titanium appears perfectly made for the Spirit collection. On the new model, the alloy emanates a subtle metallic sheen that is slightly darker compared to steel, and is paired swimmingly with a jet-black dial with high-contrast, gold-lined Super-LumiNova hands and hour markers that glow with a blue hue in the dark.

Unlike the other Spirit three-hand model that was released earlier this year, which comes in steel with an olive dial that oozes a charming retro vibe, the three-hand Spirit Titanium expresses resolute machismo that leans towards a no-nonsense, military-esque style. Either way, it is interesting to see how a clever switch of colours and materials can impact a watch’s personality and disposition. Speaking of disposition, another new highlight of the Spirit Titanium comes in the form of a bracelet change system that allows you to effortlessly swap between the titanium bracelet with nylon strap – a quick and fuss-free way of adapting the watch to your outfit of the day. 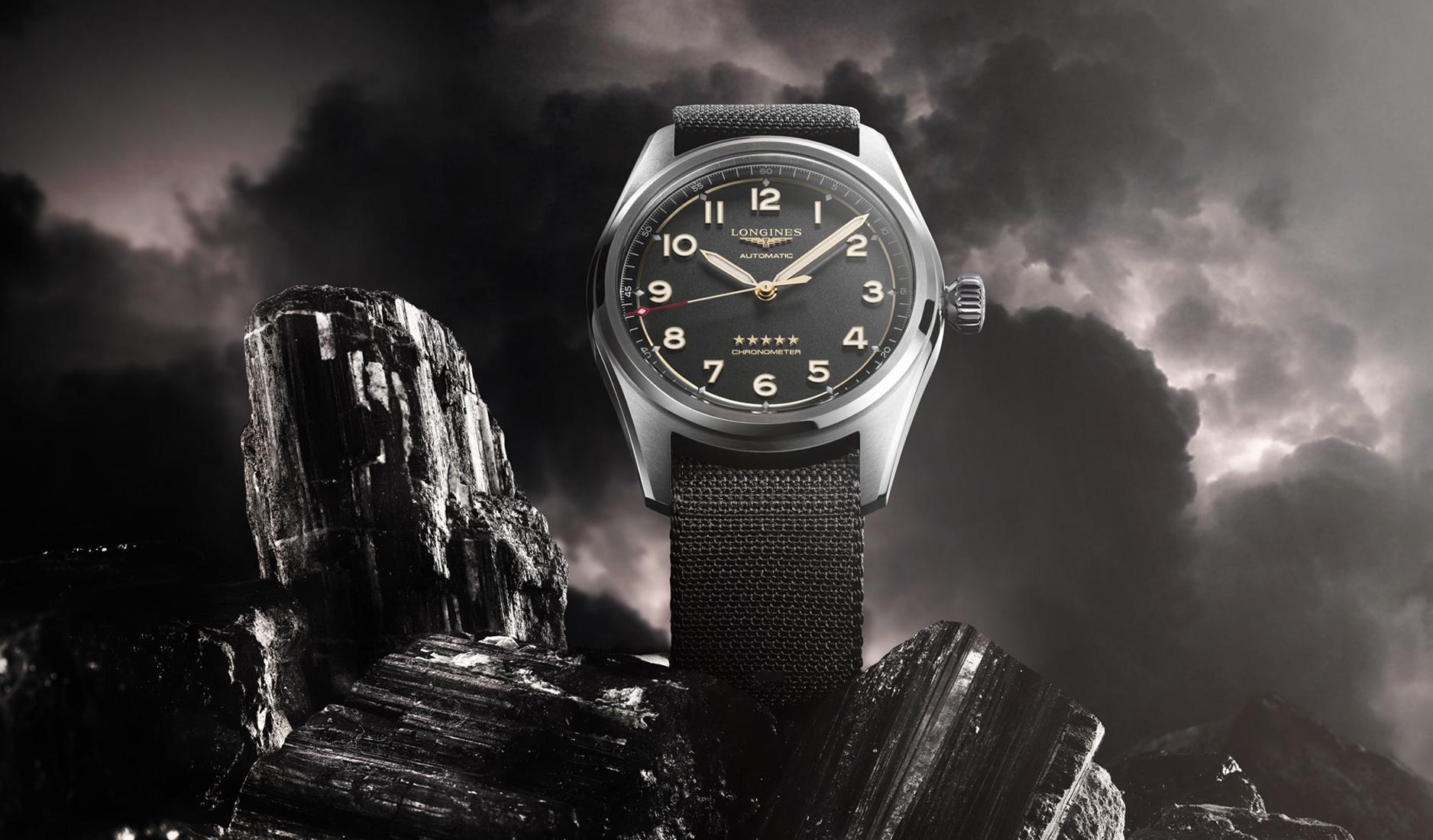 With horological ‘elegance’ pretty much a longstanding pursuit for Longines (its motto, for those who are unaware, proclaims ‘Elegance Is An Attitude’), the Spirit collection delivers on class, sophistication and technical competence with fail-safe aesthetics. But even within these tightly defined parameters, the Spirit Titanium is yet another example of how expansive the notion can be.