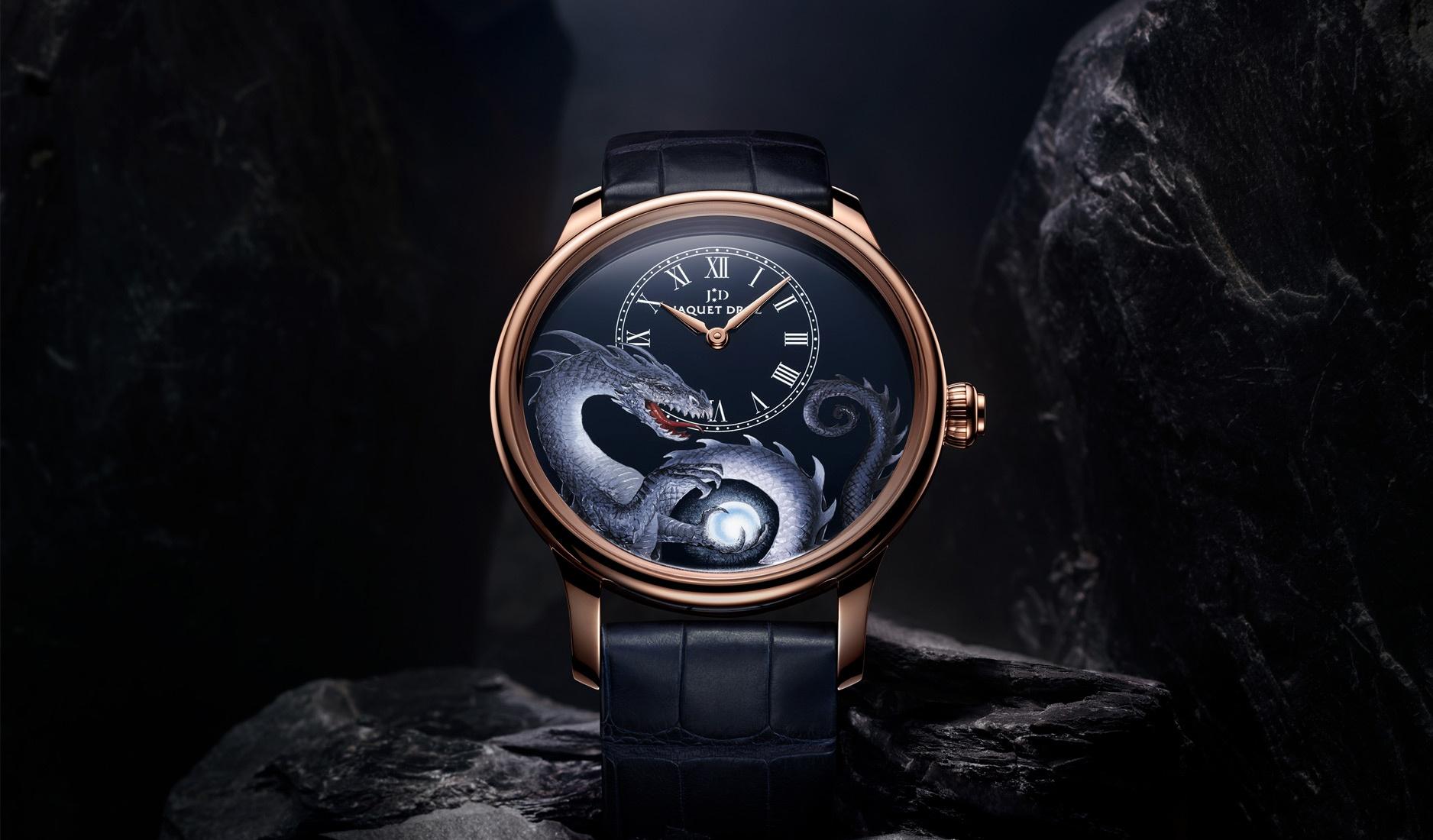 Jaquet Droz Does ‘The Lord Of The Rings’ 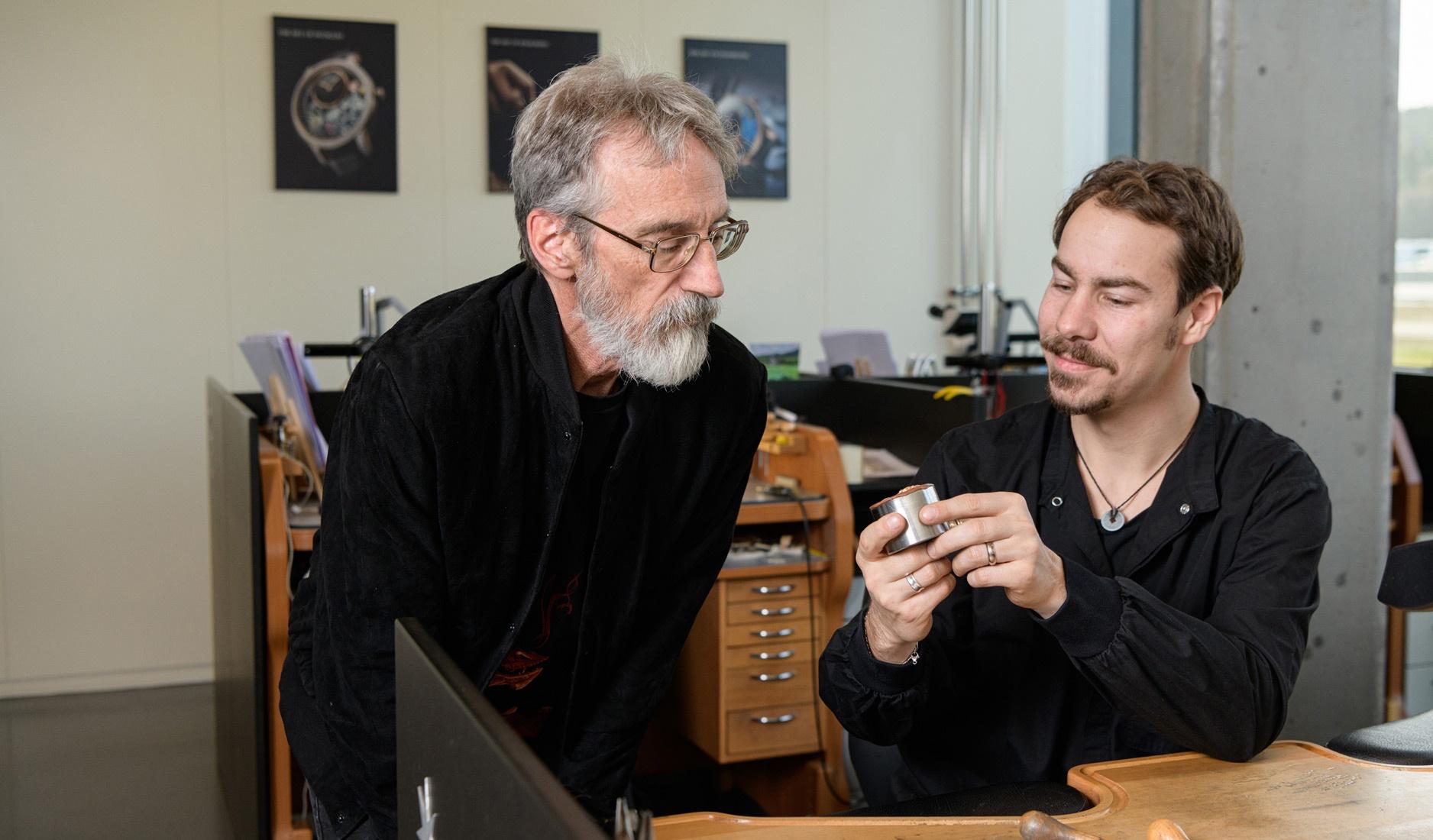 The name John Howe may not register easily amongst watch buffs, but the Canadian illustrator and artist is a living legend to legions of The Lord Of The Rings fans. If you’ve watched Peter Jackson’s sprawling movie trilogy adaptation of the J.R.R. Tolkien novel, and found yourself immersed by the portrayal of Middle Earth and its fantastical inhabitants, you have Howe to thank for that experience.

A master of the fantasy genre, Howe, was chief conceptual designer for the movie, and had also re-illustrated artwork for the novel and its various spin-offs. He was involved in blockbusters like The Lion, the Witch, and the Wardrobe, and The Chronicles of Narnia. So, what better brand than Jaquet Droz, then, to help create another its famously fantastical decorative timepieces? 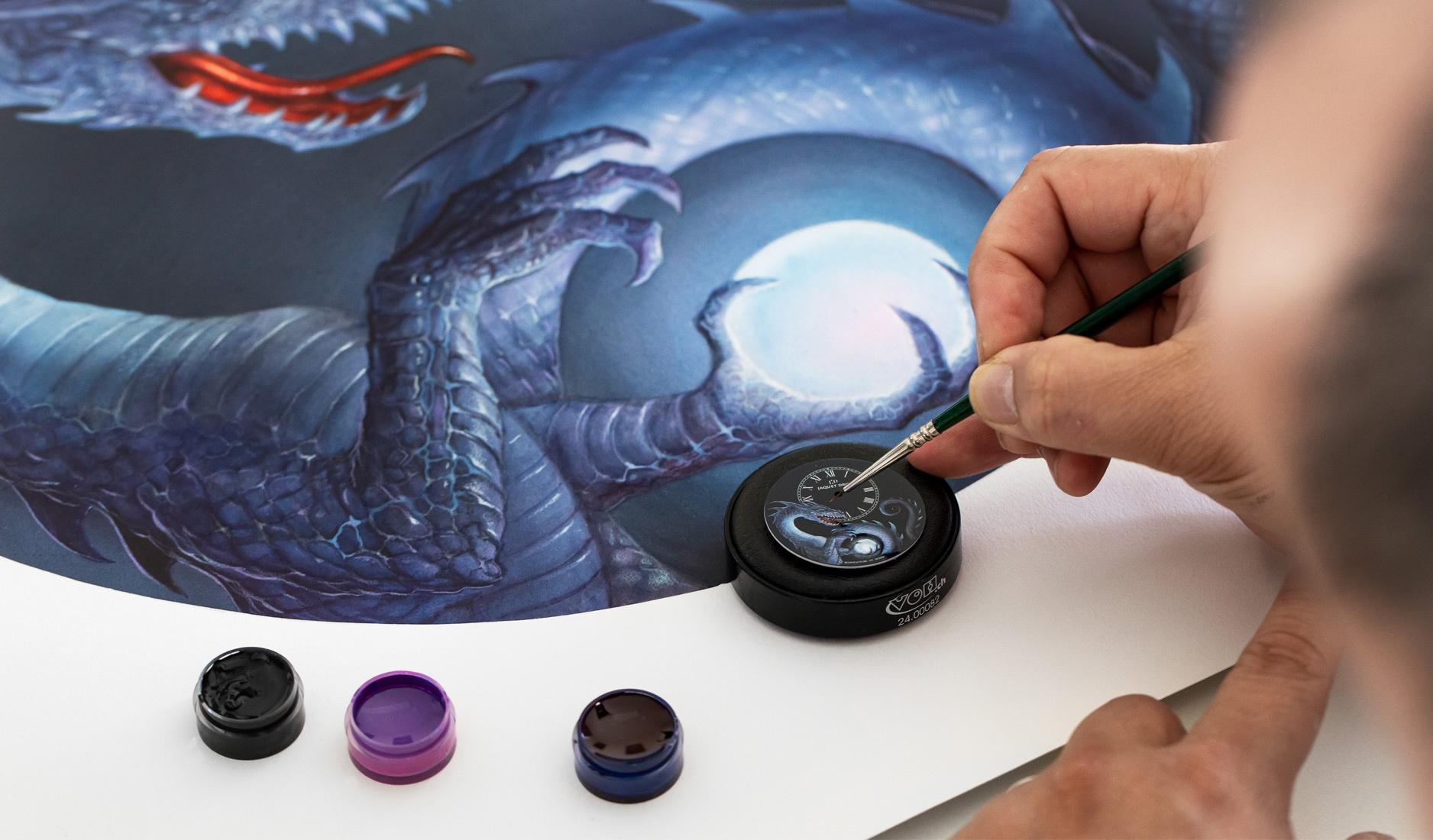 The two new Petite Heure Minute Dragon timepieces – one in 41mm rose gold and another in white gold – feature grand feu enamel dials portraying a blue-scaled, red-tongued dragon that leaps from Howe’s drawing bench onto the watches. Though the mythical creature is depicted in a Western-style that one finds in English fantasy books and illustrations, it is shown clutching a ‘dragon pearl’ that symbolises wisdom, knowledge and joy in Chinese mythology.

The east-meets-west artwork certainly intrigues, but the techniques and artisanship that goes into bringing Howe’s creation to life in all its colourful, miniaturised glory, is just as amazing. The grand feu enamel dial is a Jaquet Droz specialty, made by layering carefully concocted enamel powers on a metal disc and firing then repeatedly in an oven at temperatures of between 800°C to 900°C. And hats off, too, to the artisans with steady hands and expert breath control, who replicate Howe’s artwork with micro-painting, a technique helmed from years of experience. 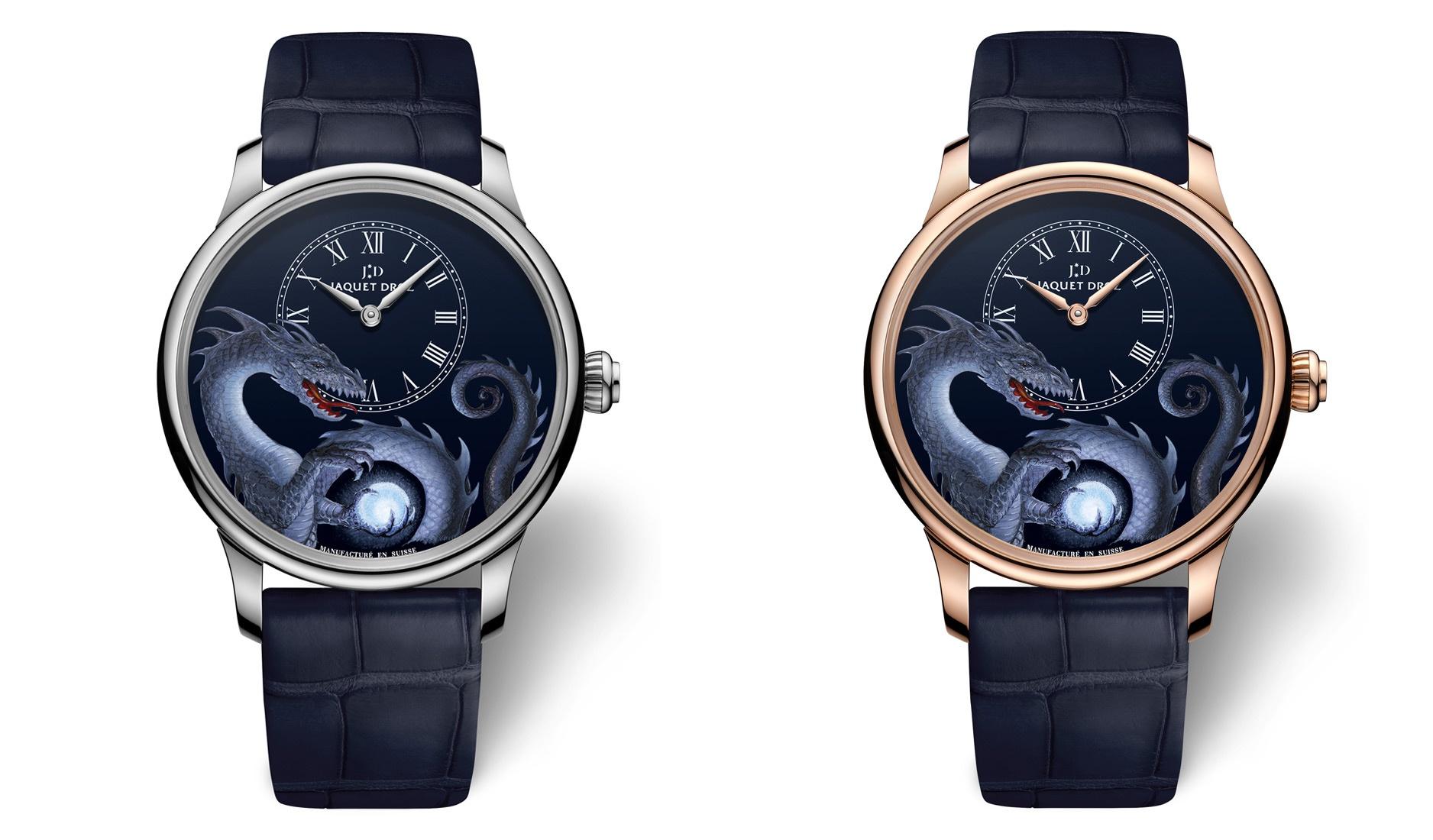 The timepieces are powered by the automatic Calibre 2653.Si with silicon balance spring and pallet horns and 68-hour power reserve, and feature a hand-engraved gold rotor in the shape of the dragon’s scaled tail. Each watch is individually numbered and comes with a special certificate signed by Howe.