Three Things To Know About The Reverso Tribute Minute Repeater 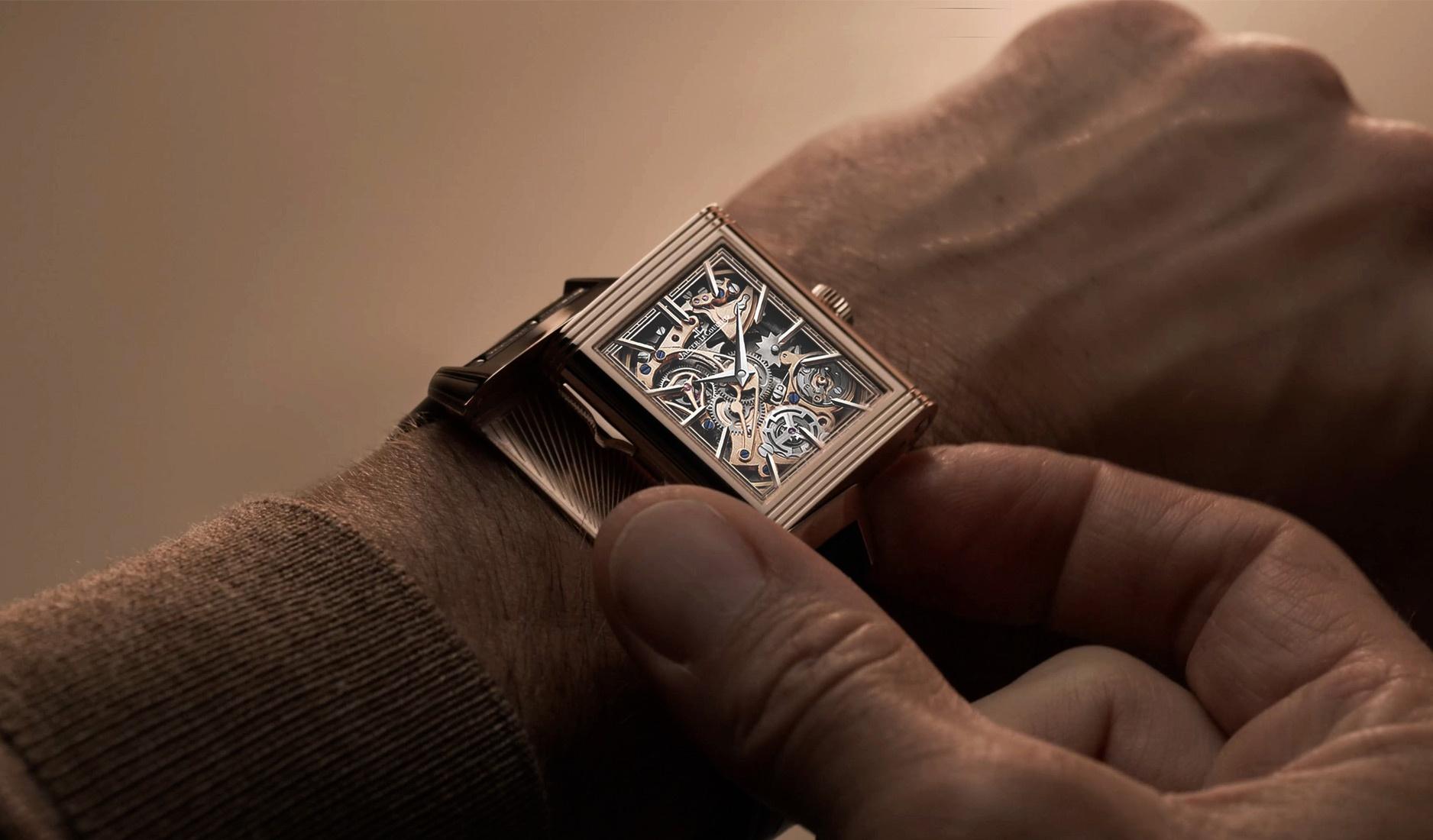 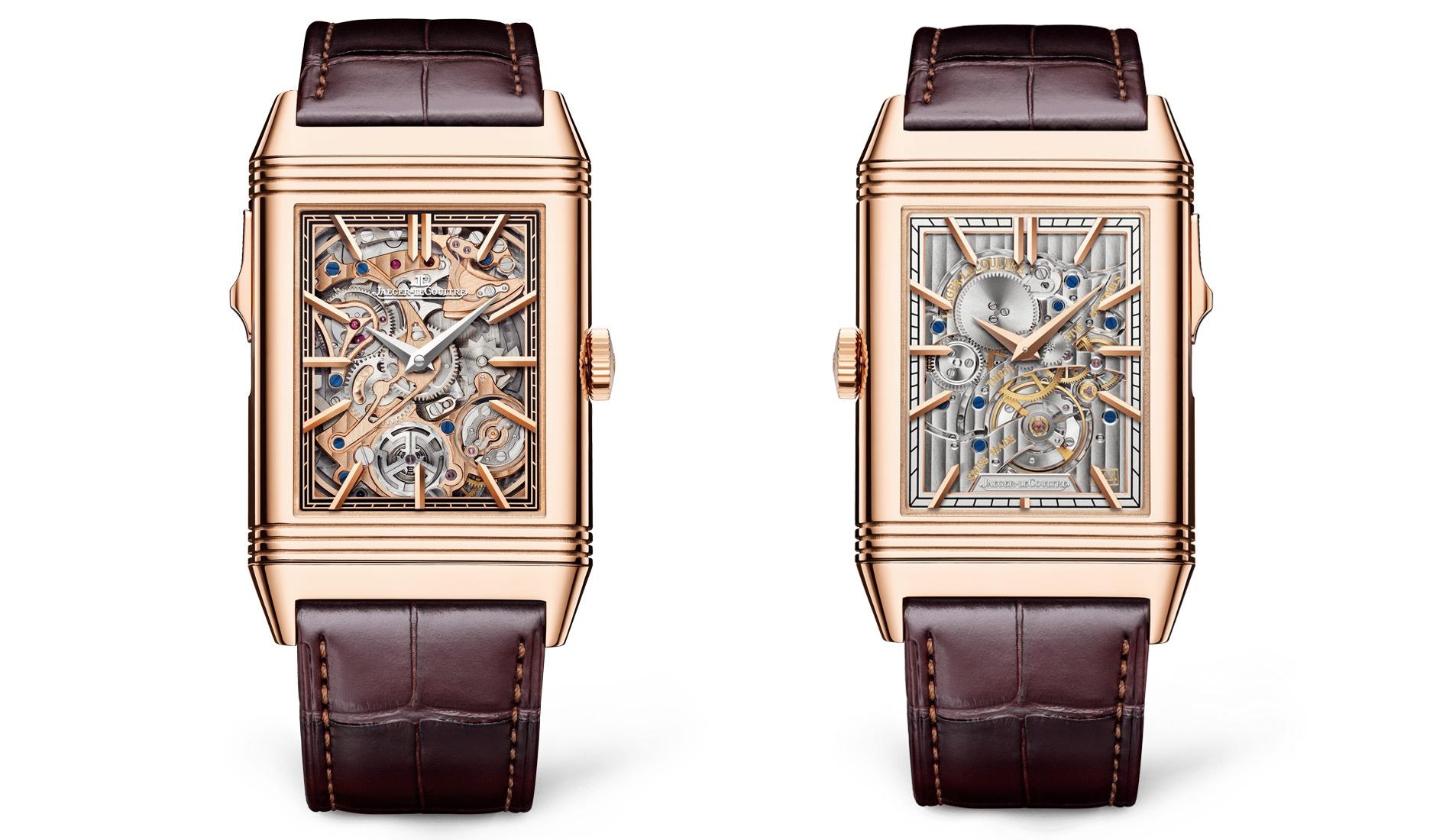 IT IS A WATCH WITH TWO FACES – AND THEN SOME
Even before activating the chiming mechanism, the Reverso Tribute Minute Repeater is an astounding sight. Housed in a 51.1mm by 31mm pink gold case, the dial flaunts the skeletonised Calibre 944 on the front side, and a partially openworked display on the reverse.

As it is the trend for modern skeleton watches, the watch’s intricately hollowed network of gears and bridges eschew additional decoration. Instead, framed by faceted indices that are cantilevered from minutes track, both sides of the dial rely on the movement components’ artful, intricate and three-dimensional architecture to deliver visual drama.

Although the minute repeater’s animation takes place entirely on the front of the dial, the reverse side is equally mesmerising. The reverse time display, also with sharp, facetted dauphine hands and cantilevered facetted hour indices, is set against a partially openworked movement beautiful fashioned to display the balance wheel and gear train, surrounded by movement plates decorated with Geneva stripes. WATCH OUT FOR THE HAMMERS
The new Reverso Tribute Minute Repeater features the hand-wound Calibre 944 that debuted in the Reverso Répétition Minute à Rideaux in 2011. A slide mechanism on the left of the case activates the minute repeater. When that occurs, the dial is enlivened by a theatrical display of the hammers hitting the gongs, and the whirling of the centrifugal regulator at four o’clock that ensures the hammers hit the gongs at a uniform speed while dispersing residual noise to ensure richness and clarity of the chimes. 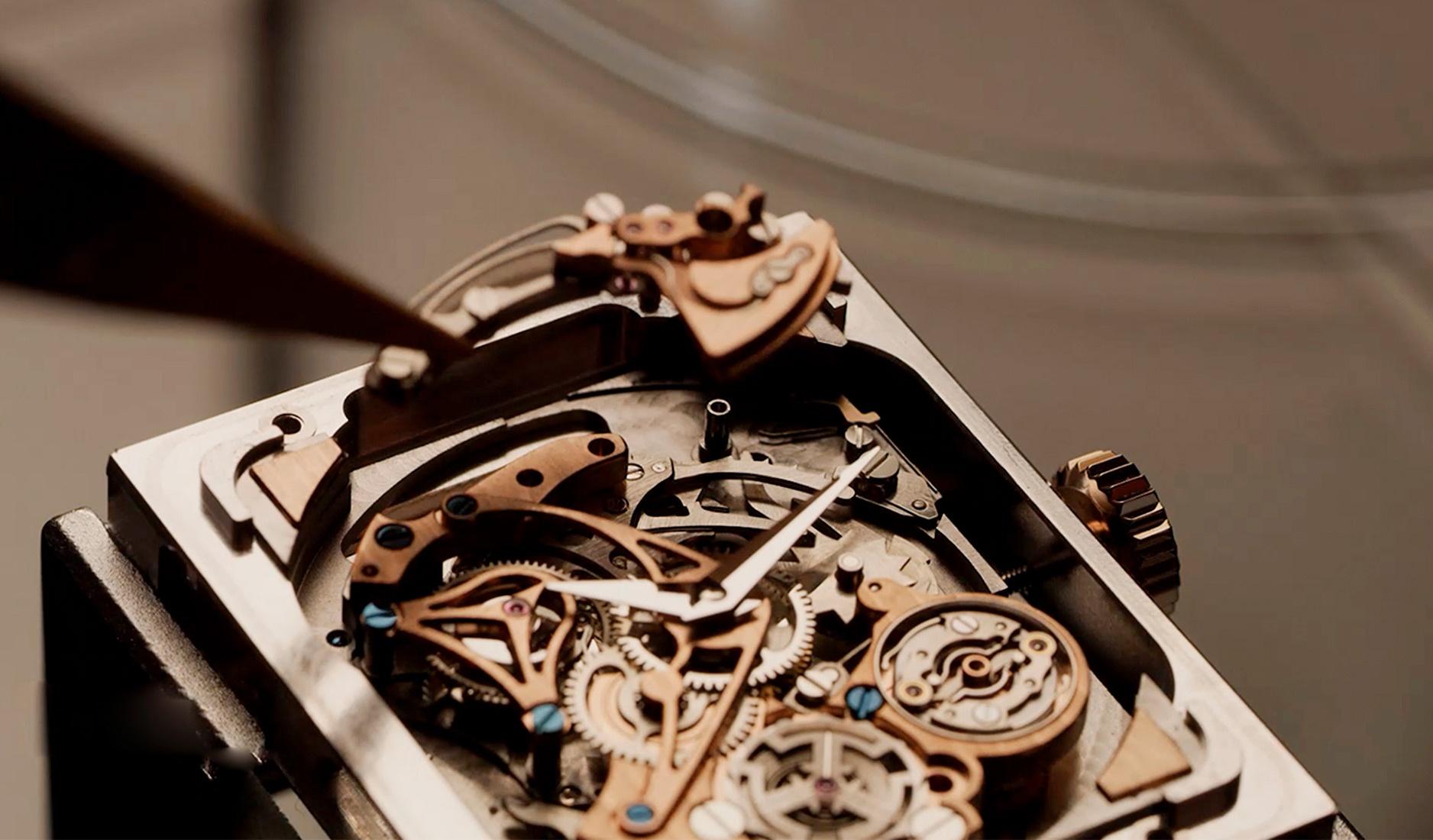 The two patented ‘trebuchet’ hammers, with their appearance, movement and name taken from the slingshot-style medieval cannon used to hurl huge rocks at enemies, are especially captivating. Gleaming in a golden sheen that matches the case, the bow-shaped hammers are rather large and they certainly make their presence known when in action, hitting the thin strip of metal gong that runs along the perimeter of the movement with controlled force and precision.

Limited to 10 pieces, the Reverso Tribute Minute Repeater joins only a handful of Reversos models to be endowed with the chiming complication. And the newest addition to the family isn’t just rare sight. Like so many of Jaeger-LeCoultre’s chiming watches that came before, it is an elegant timepiece that reveals its beauty from the inside out, and calls upon the owner to delve into it with all his senses. 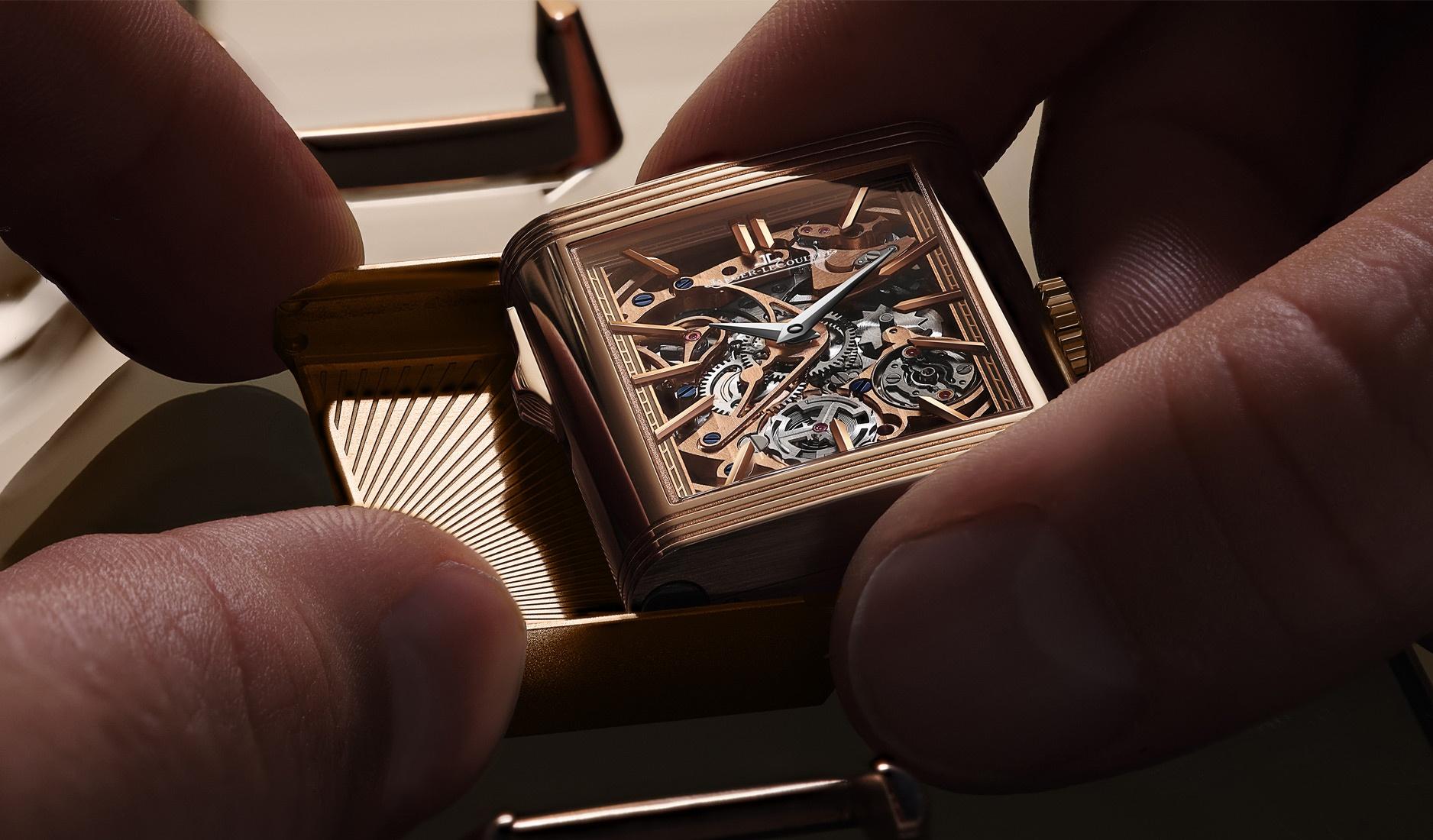