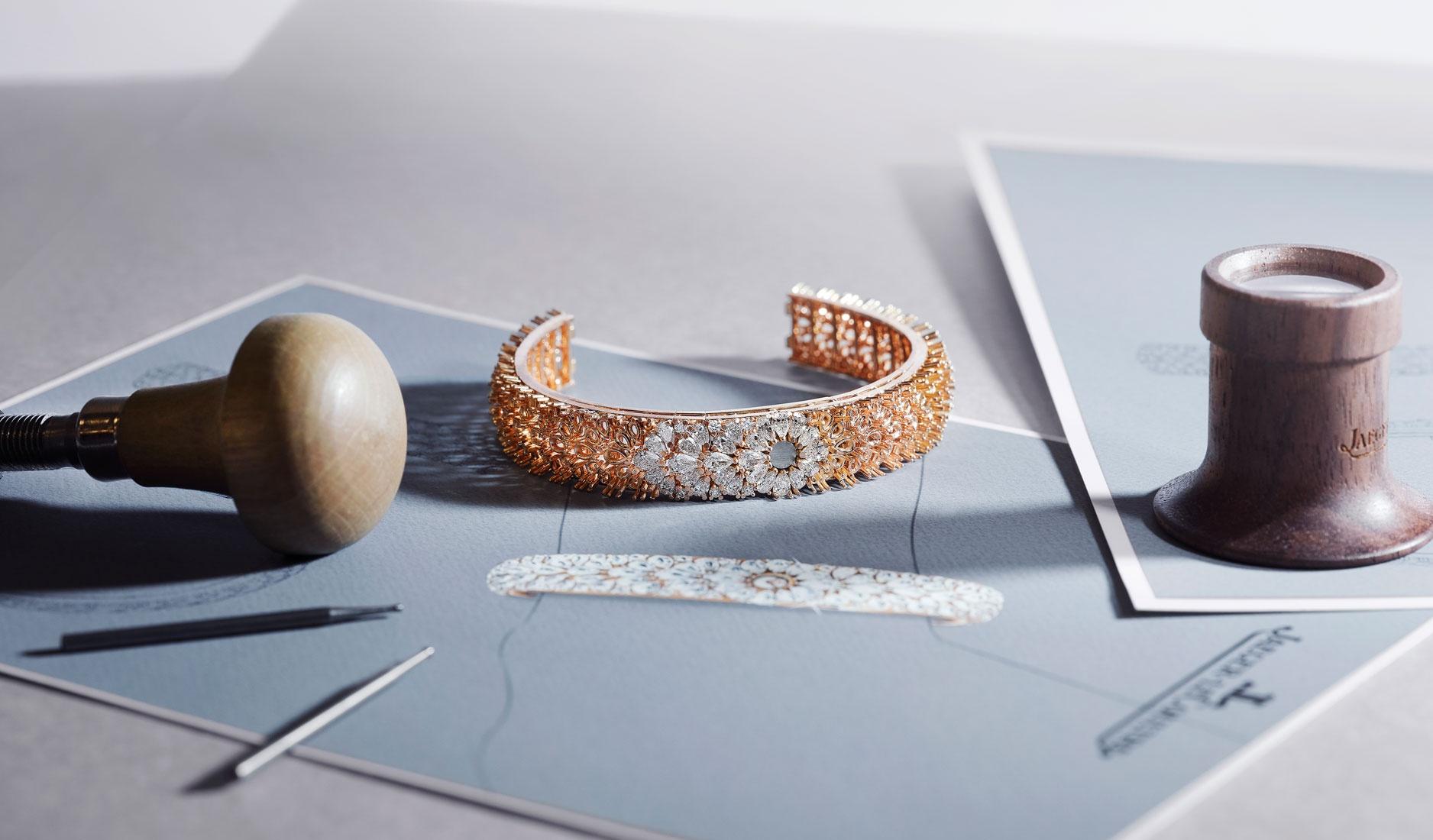 Dripping with almost one thousand brilliant-cut and pear-shaped diamonds each on a bed of intricately woven gold, Jaeger-LeCoultre’s two new high jewellery watches are meant neither for the faint of heart nor the shallow-pocketed. And beating inside the new 101 Snowdrop and 101 Bangle high-jewellery timepieces is one of Jaeger-LeCoultre’s most astonishing mechanical creations, the Calibre 101. 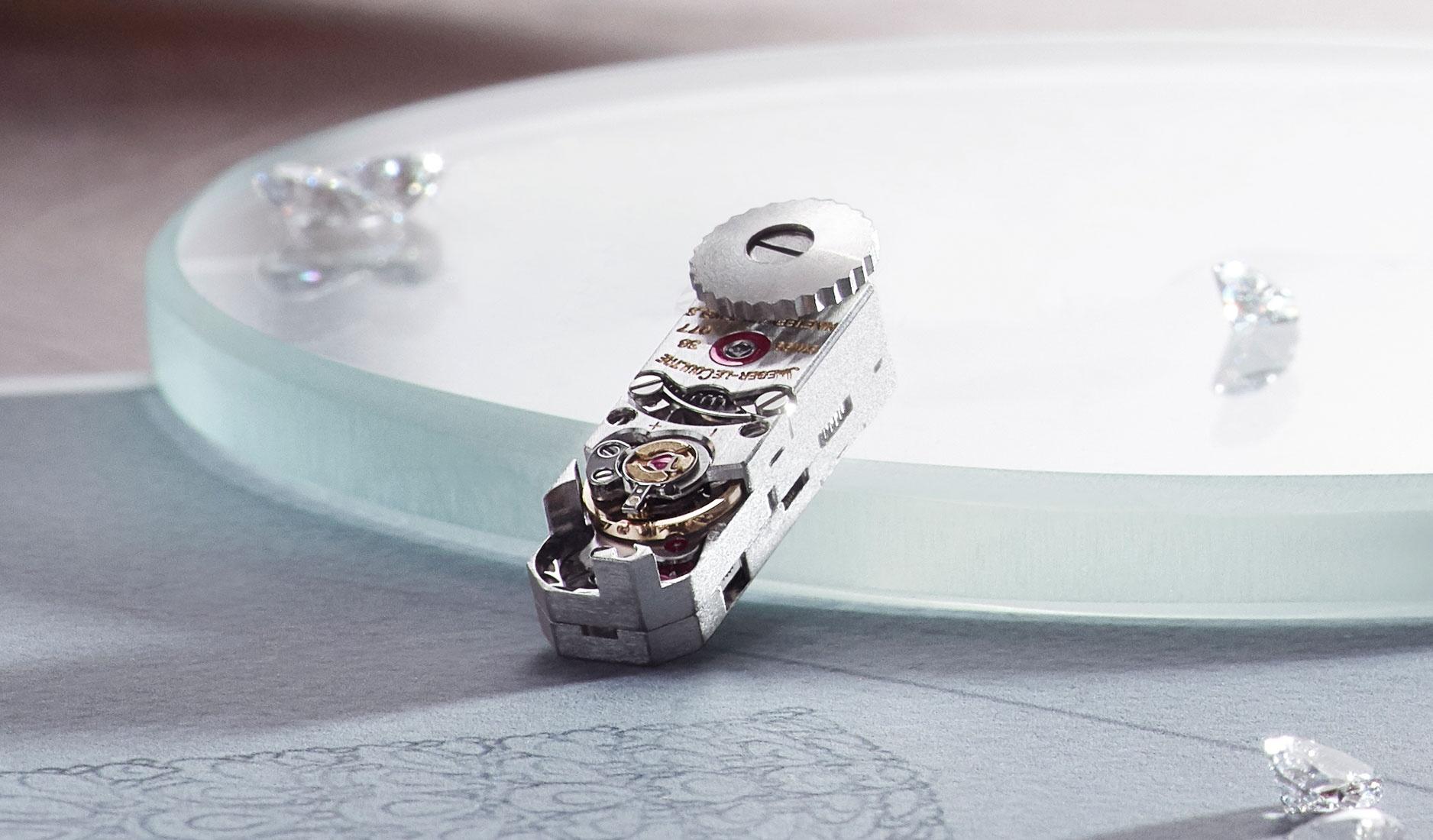 Introduced in 1929, the Calibre 101 is about the size of a long pinkie nail. A mere 14mm x 4.8mm x 3.4mm, it has held the record for the world’s smallest hand-wound mechanical movement since its launch. It is said that only a handful of watchmakers in Jaeger-LeCoultre have the skills to construct and assemble the Calibre 101, where practically each component has to be tailor-made.

This means that production output is highly limited, averaging only about 50 new Calibre 101s a year. And because of its dainty proportions, the Calibre 101 lends itself best to Jaeger-LeCoultre’s feminine timepieces and high jewellery watches, like the Snowdrop and Bangle. 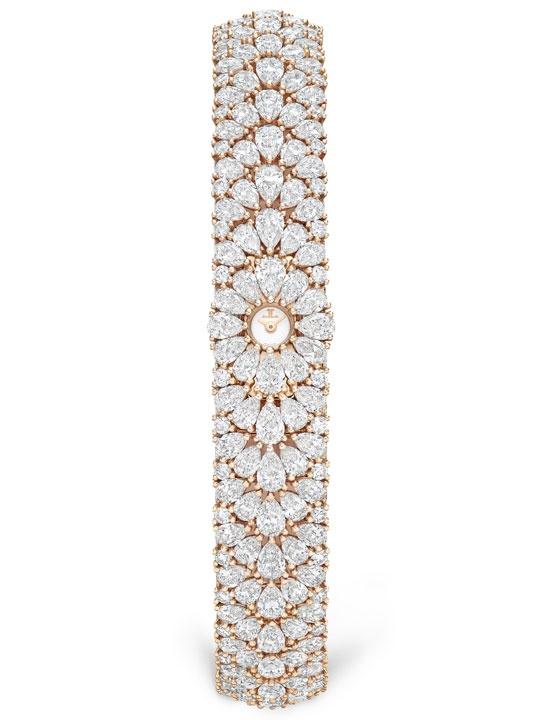 On the Snowdrop (above), 904 pear-shaped and brilliant-cut diamonds totalling 20.9 carats sit on a svelte pink gold bracelet. The watch features ‘griffe’ and grain-setting techniques: the former minimising the use of metal so that light can pass through the stone for unbridled glitter, and the latter featuring tiny beads of gold that are pulled from the bracelet’s two-band structure and pushed over the stones to hold them in place.

The diamonds are arranged to look like petals that radiate from the dial, evoking the look of bell-shaped flowers from the Vallee de Joux that blossom through thin layers of snow, where Jaeger-LeCoultre is based. 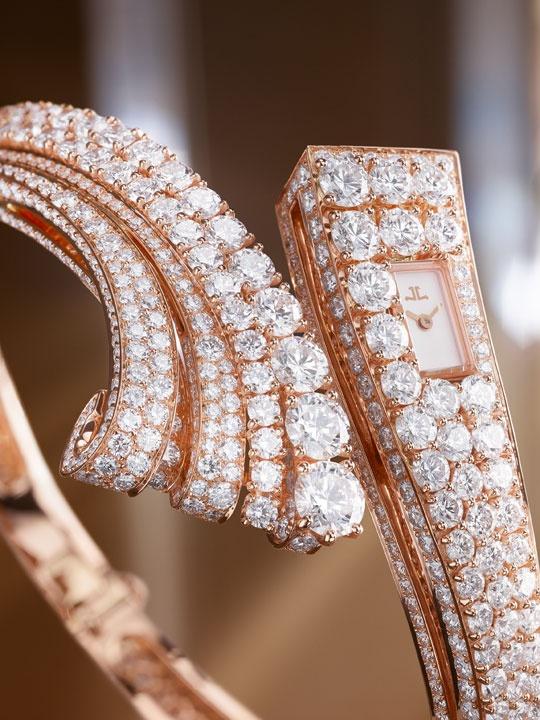 Close-up of the Jaeger-LeCoultre Bangle

The Bangle, on the other hand, is a more flamboyant creation. Also featuring the ‘griffe’ and grain-setting techniques, this pink gold watch set with 996 diamonds totalling 19.7 carats. Here, the artistic expression channels Art Deco-esque design, marked by the dramatic lines and sweeping symmetry that are accentuated by the copious sparkle. 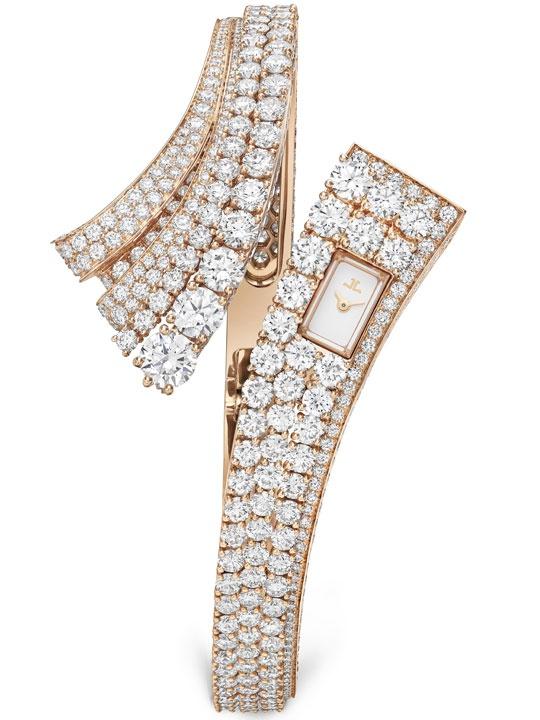 Despite the movement’s famously diminutive size and weight, though, performance is not comprised, beating at 21,600 vibrations per hour and offering up to 33 hours of power reserve to rival much larger mechanical movements.

It is a horological tour de force that continues to amaze till this day. But as the cliché goes, the Calibre 101’s presence in the new Snowdrop and Bangle watches is most keenly felt through its discretion.