Both versions are equally on-point. 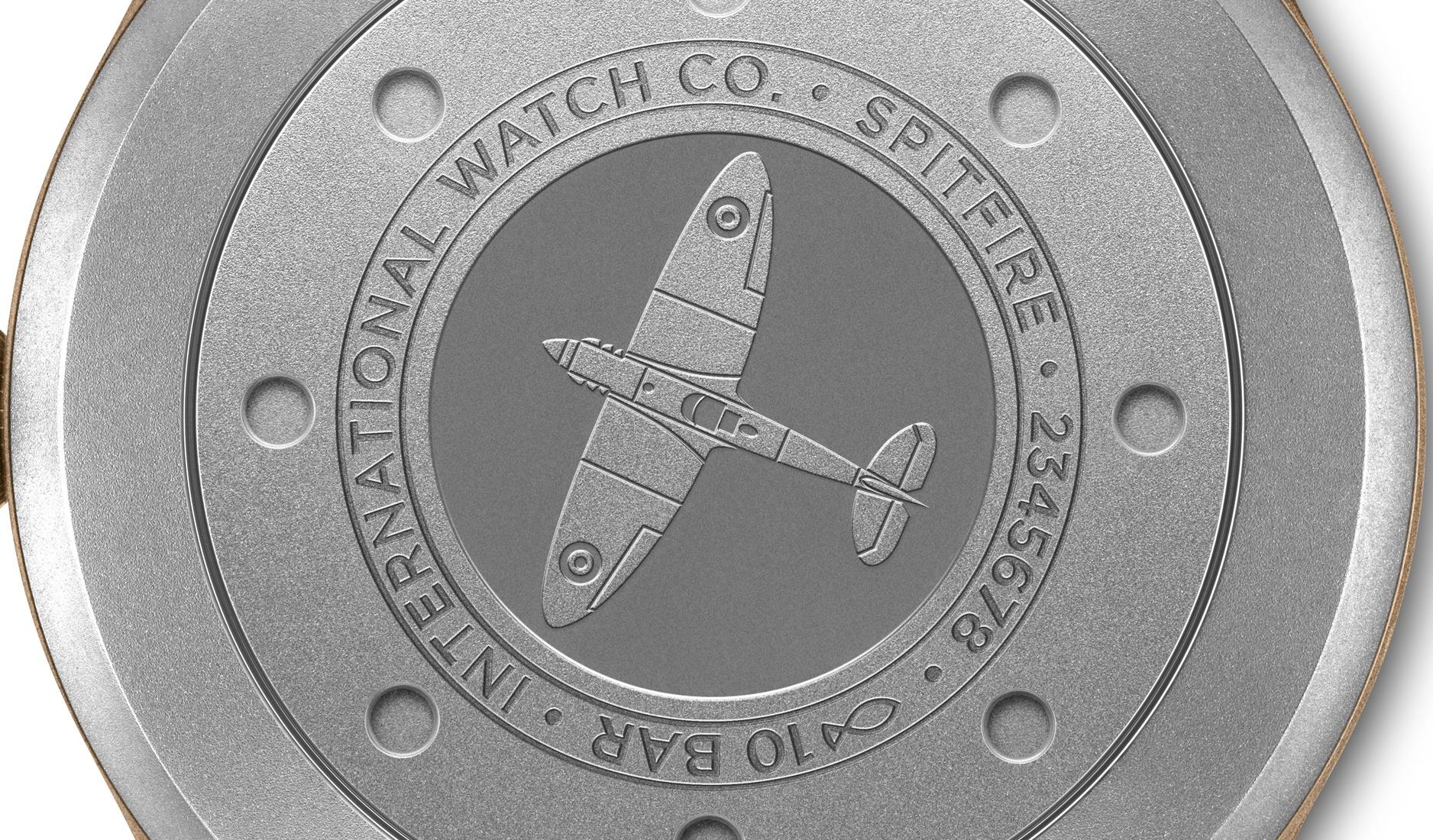 Of the numerous iterations of pilot’s watches that IWC Schaffhausen has introduced, the Spitfire has captivated the imagination of your truly the most. For one, its testosterone charged moniker is deeply intriguing, named after the legendary British single-seat fighter jet from World War II that seems just so appropriate for a pilot’s watch. Then, there is its wonderful lineage. The IWC Spitfire has roots in the Mark 11, a navigation watch made for the British Royal Air Force in 1948. The Mark 11 was characterised by 'mil-spec' (military specification) features that include robust aesthetics, high legibility and anti-magnetism – virtues that IWC subsequently extrapolated and applied to the Spitfire collection that debuted as a limited series in 2001 (the Mark XV ‘Spitfire’), and later as a regular production series in 2003.

Over two decades, the Spitfire selection has consistently been presented as throwback expressions harking back to the Mark 11. This typically meant models that brandish slightly dressier but no-nonsense designs, bearing silver or sunburst dials anchored on the pilot’s watch’s tenets of functionality and legibility. While that blueprint has evolved somewhat of late with a wider variety of dial colours, case materials, strap combinations, as well as the use of only in-house movements, the Spitfire DNA has remained intact. 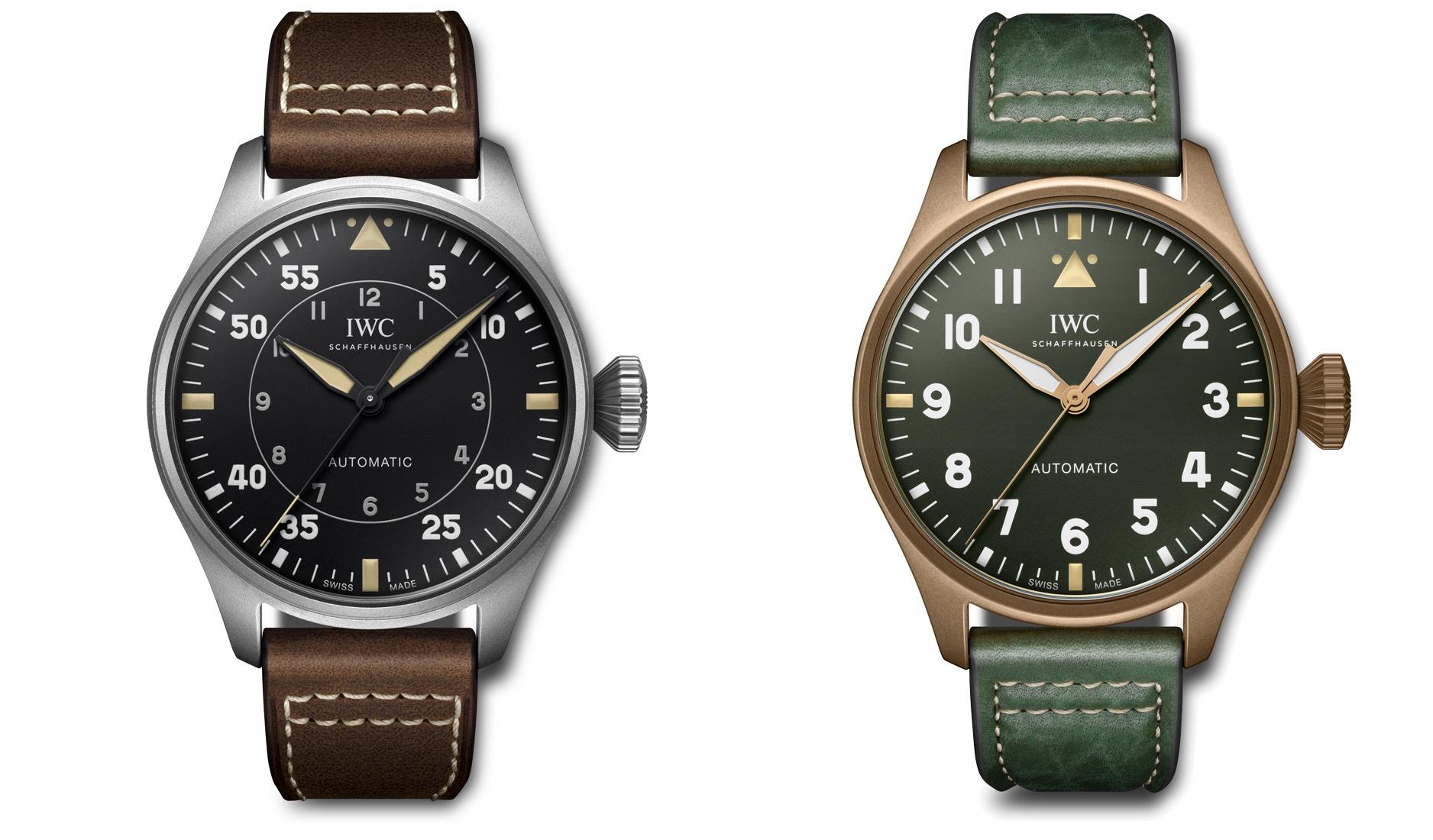 Offered in titanium and bronze, the new Big Pilot’s Watch 43 Spitfire models wear their vintage-inspired charms with attitude. The titanium model looks like it had been snatched off a WWII poster with its matte grey case, black dial with ‘Type-B’ pilot’s watch style display (five-minute track surrounding an inner hour ring), and beige hands and quart hour markers that mimic aged radium hues. 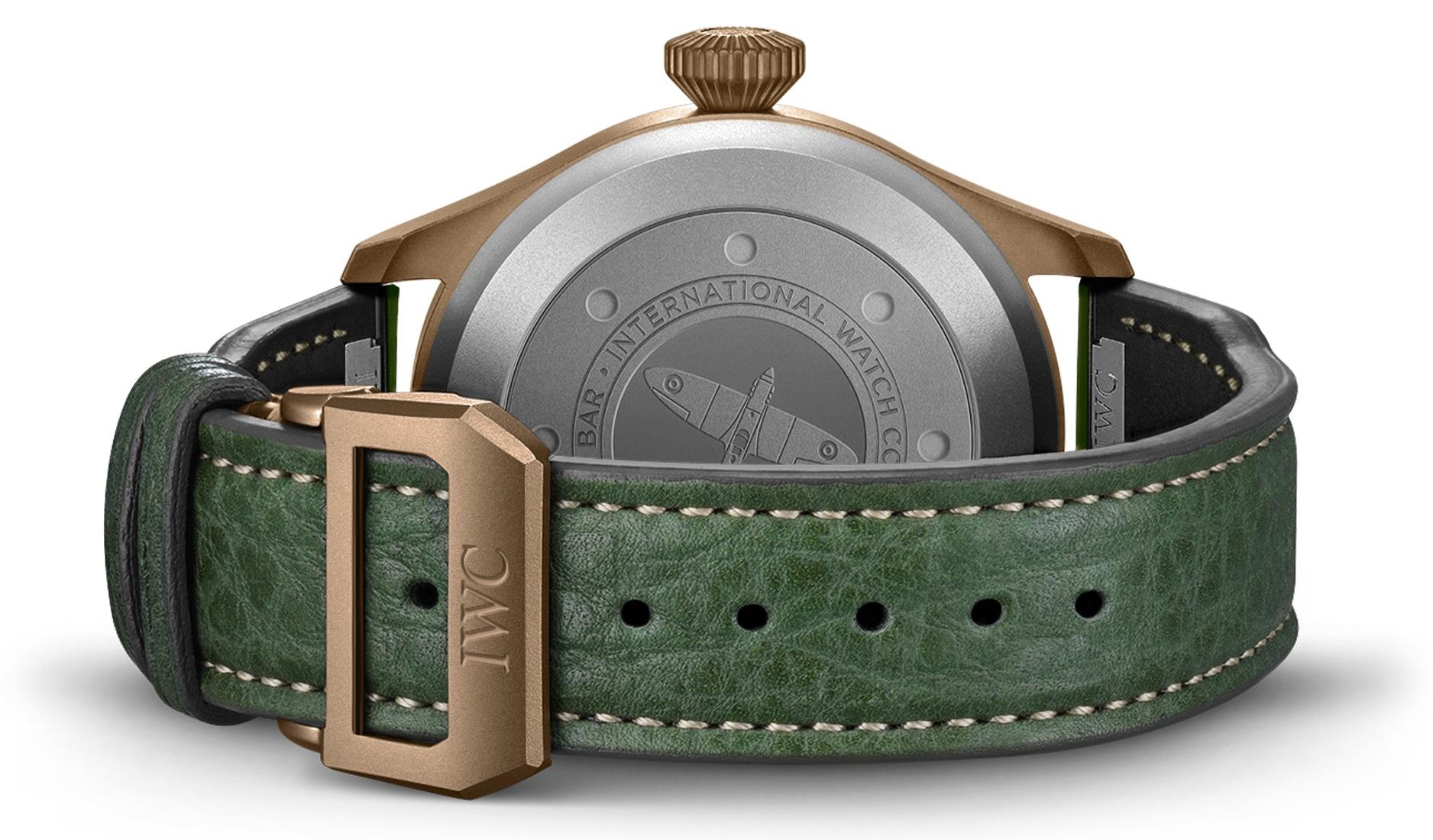 The bronze version is something else. You’d expect the material's warm hue and talked-up ability to achieve an aged patina over time to appear even more ‘retro-fied’ than the titanium model. But the Big Pilot’s Watch 43 Spitfire is casual and elegant in spite of its throwback allusions. Featuring a clean military green dial, as opposed to the Type B design on the titanium version, the bronze model is paired with a green buffalo leather strap that accentuates its stylish demeanour. Speaking of straps, both the bronze and titanium models feature the IWC EasX-Change system that allows the owner to swap the strap easily at just the push of a button. The new watches’ wearability and stylistic flourishes are matched by robust performance. They are driven by the IWC-manufactured in-house calibre 82100 with Pellaton winding system for maximum energy efficiency. When fully wound, the movement offers up to 60 hours of power reserve. The watches also come with soft-iron inner case to protect the movement against magnetism, capped with a caseback engraved with the likeness of the famed fighter jet. 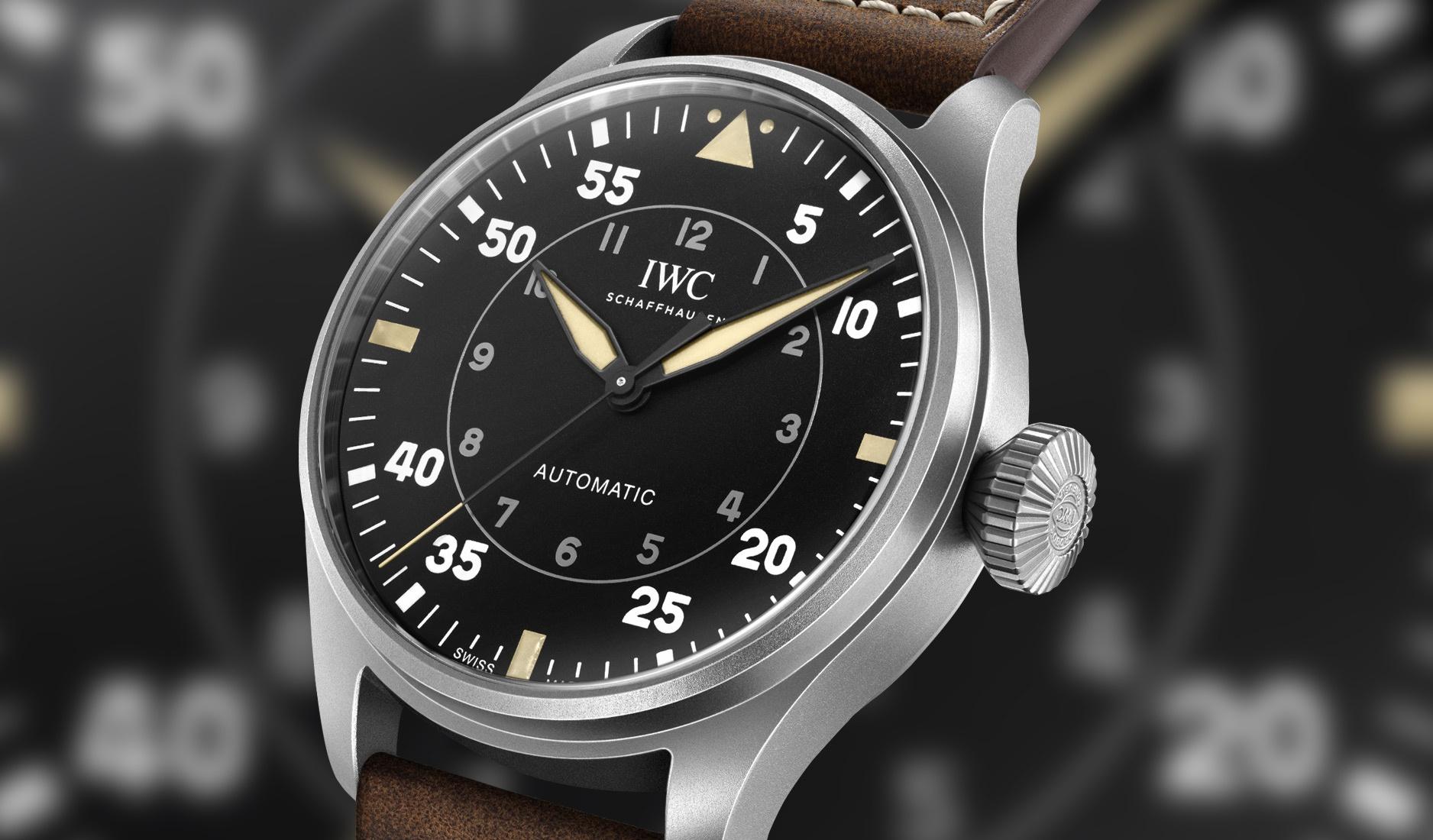