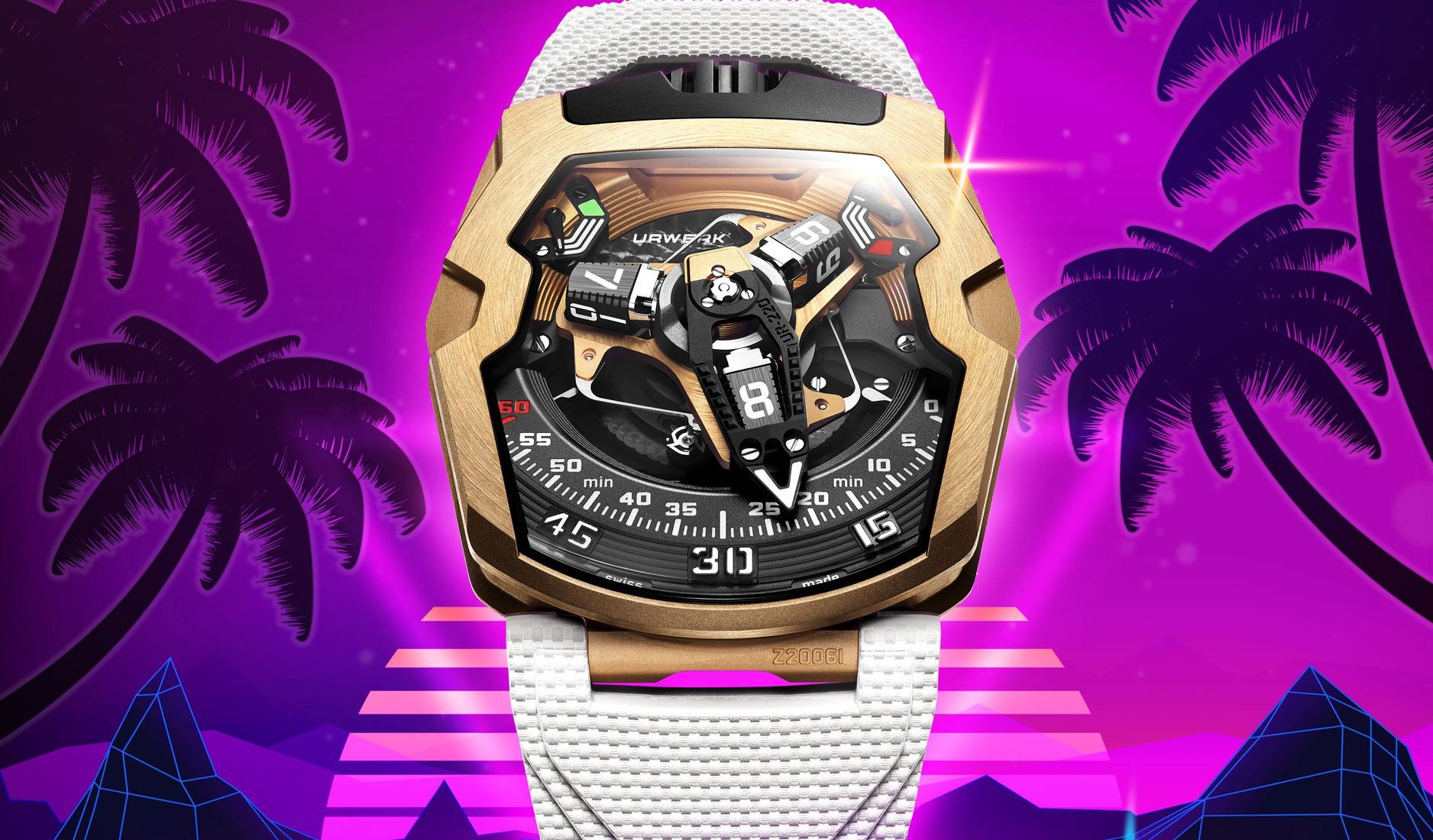 Urwerk bids farewell to the UR-220 series with a stupendous, street-style-inspired limited edition.

Okay, it is not as if the Urwerk UR-220 doesn’t already grab your attention on its own, but this latest – and final – version of the highly collectible avant-garde complication will announce its presence whether you are ready or not.

For those who are unfamiliar, the UR-220 was introduced in 2020 as a successor to the UR-210, Urwerk’s much vaunted reference that features the brand’s famed hour satellites display with a large retrograde minutes hand, mounted on an ingenious turbine-regulated automatic movement that allows you to customise its winding power based on your level of wrist activity. Like its predecessor, the UR-220 features the famous three-armed, satellite time-display system, but based on a hand-wound movement that also comes with an ‘oil change’ indicator that informs you when it is time to service the watch – a feature resurrected from the brand’s earlier UR-110 models. 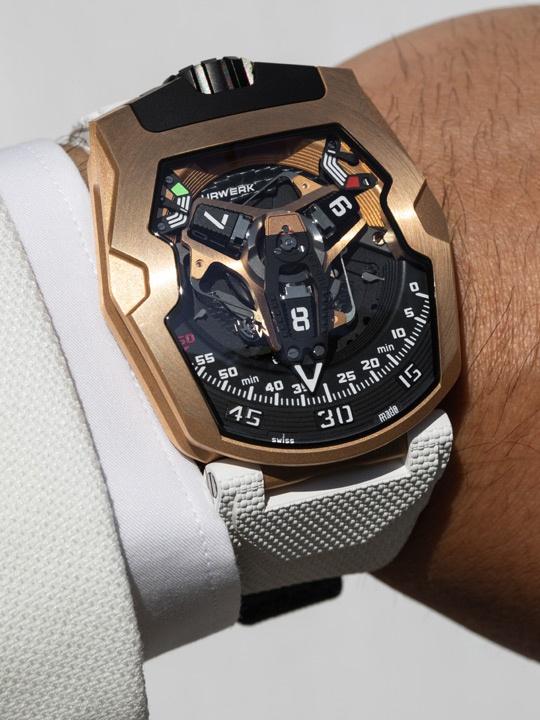 The UR-220 debuted in a lightweight but tough carbon case constructed from compressed, high-resistance TPT carbon. The UR-220 81, as it is called, referencing the 81 layers of TPR carbon used to construct the case, was followed by the UR-220 SL Asimov. Referencing the Super-LumiNova material (SL) as well as the famous science fiction writer, the UR-220 SL Asimov is also housed in a matte carbon case, but features top-grade Super-LumiNova-moulded cubes for its hour display components, along with a coating on the arrow hand and retrograde markers for a captivating view in the dark.

This year, for its third and final act, the UR-220 ditches its erstwhile enigmatic disposition for some fun and flamboyance. The UR-220 Red Gold leaves no doubt to its stylistic allure, encased in shiny red gold and paired with a white textured rubber strap. 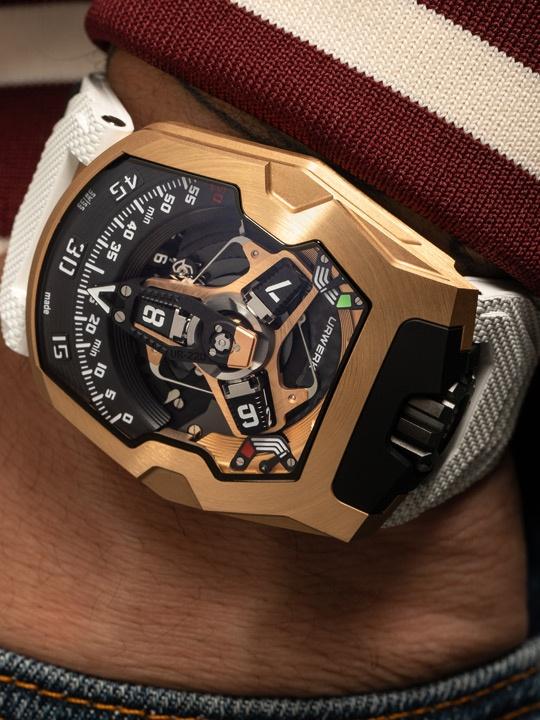 Urwerk suggests it wants to teleport us to the 1980s with this watch, specifically balmy Florida, on the set of Miami Vice, where perma-tans, shoulder pads and over-the-top flashiness rule the sartorial roost.

"Gold and white may seem an unlikely combination, yet the combo resonates deeply with me as a happy memory,” explains Martin Frei, Urwerk’s chief designer, of the UR-220 Red Gold’s inspiration. “I remember the super-cool heroes of my teenage years. They would chase down criminals in their pristine loose-fitting suits, Ray Ban Wayfarer 5022 on, their hair blowing in the wind and gold gleaming on their wrists. That was really the iconic image of the 1980s.”

While unquestionably flashy, the UR-220 Red Gold isn’t as cheesy as one would expect of a watch that seeks to evoke the 1980s. Rather, its ostentation is forthright but also measured, the combination of gold-and-white a strong but supporting backdrop to the proper star of the piece – the famous revolving satellite complication with super-fast retrograde system.

"The UR-220 Red Gold marks the end of a collection with power and a strong character. It plays on striking, full-on contrasts – a great way to make a statement and wrap up this line with a clear-cut bias, a surprise ‘wow’ effect,” says Frei.