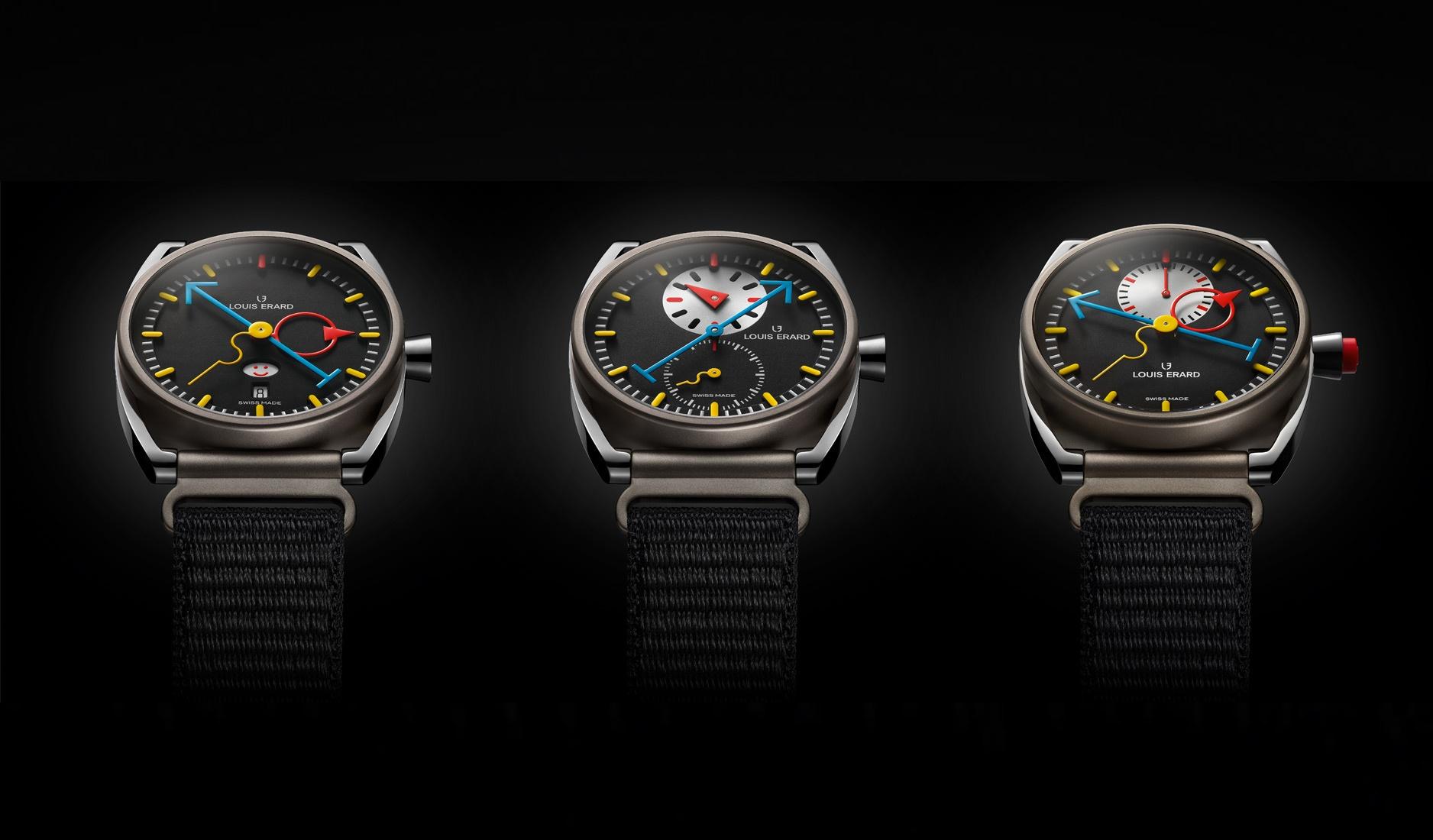 A triple dose of pop-art bliss that’s gentle on the wallet. 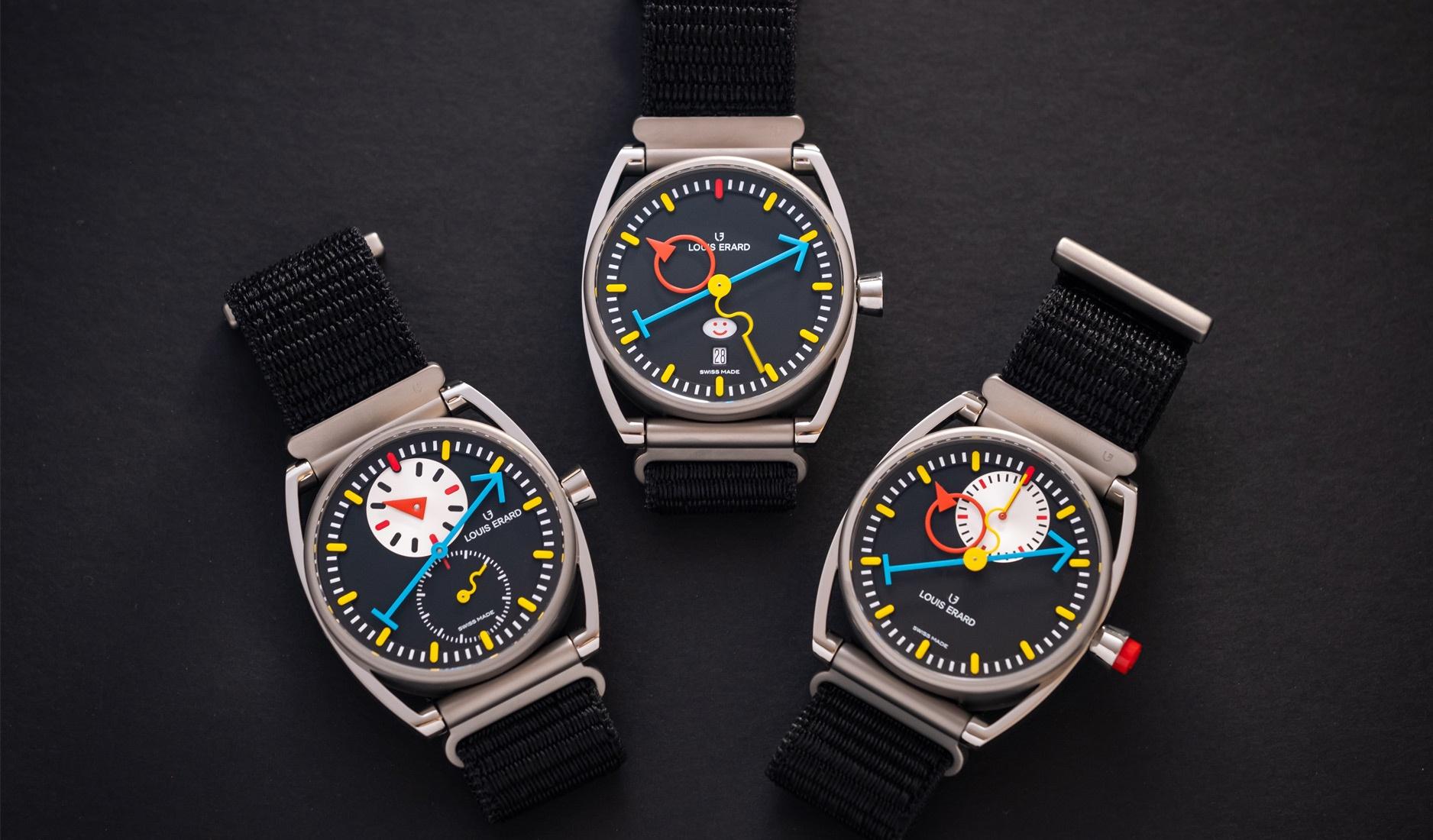 One of modern watchmaking’s unlikeliest collaborations is at it again. Back in 2019, mid-luxury marque Louis Erard teamed up with architect-turned-watch designer, Alain Silberstein for two limited edition regulator models that were warmly received and even snagged the 2021 Red Dot Award for best product design. This year, watch lovers who missed out on the duo’s colourful and zany Bauhaus-inspired creations the first time round are treated to THREE new offerings that rate highly on whimsical style and mechanical fancies, with appropriately restrained price tags.

Starting at S$5,050 for the La Semaine and Le Régulateur II (with day-date and regulator displays, respectively), to S$6,490 for the Le Chrono Monopoussoir (mono-pusher chronograph), the watches are firmly nestled in the mid-luxury price bracket that customers of Louis Erard are familiar and comfortable with. But clothed in Alain Silberstein’s signature aesthetics, however, the limited edition watches’ charm and exclusivity have undoubtedly ballooned, lending them an air of cult-ish collectability. 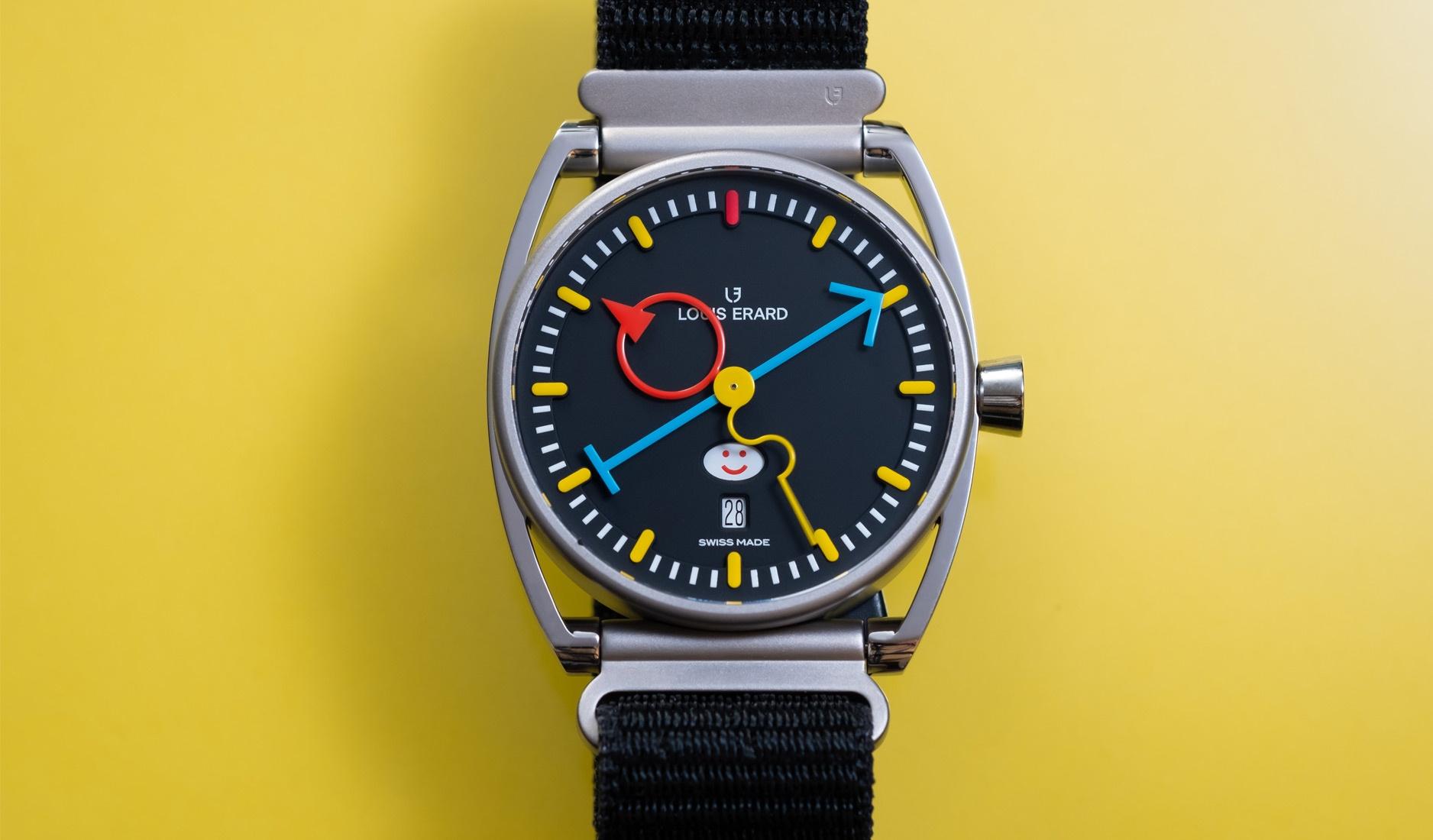 Architectural cases are an Alain Silberstein hallmark and all three models are housed in titanium cases bearing vertical brancards and conical crowns, with micro-blasted and polished finishing. Similarly, the bursts of red, yellow and blue against black dials, and capriciously designed hands that amalgamate lines and shapes, continue to distinguish the collection. Like the first edition from 2019, Louis Erard appears to have given Silberstein the licence to stamp his mark on the watches and, again, it works a treat.

Though the most ‘basic’ of the trio, the La Semaine Louis Erard x Alain Silberstein is a joy to wear. Instead of regular the day display, we get different smileys to reflect the different moods from Monday to Sunday. Meantime, the Le Regulateur Louis Erard x Alain Silberstein II is pure pop-art for the wrist; an expert and judicious use of colours, shapes and lines to express the regulator display - large blue arrow hand for the minutes, red triangle for the hours, and a small yellow serpentine hand for the seconds. 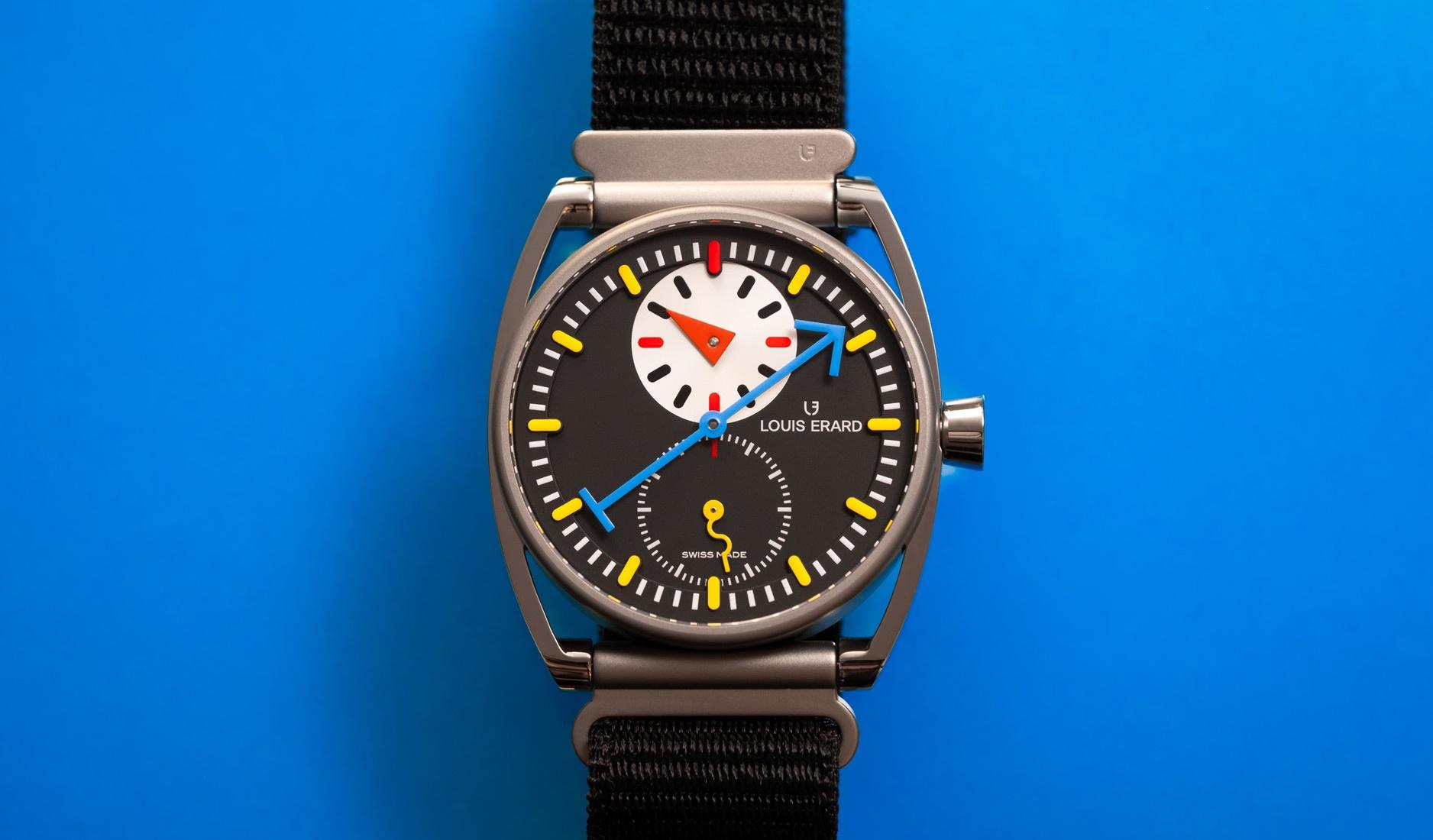 The third model, the Le Chrono Monopoussoir Louis Erard x Alain Silberstein, is a fun and refreshing take on the chronograph. Instead of the typical expressions of machismo or vintage-influenced styles that we usually get with chronographs, this complication appears joyful and almost childlike in Silberstein’s hands, the typically somber and ‘technical’ looking totalisers substituted with his trademark colours and stylised indicators. 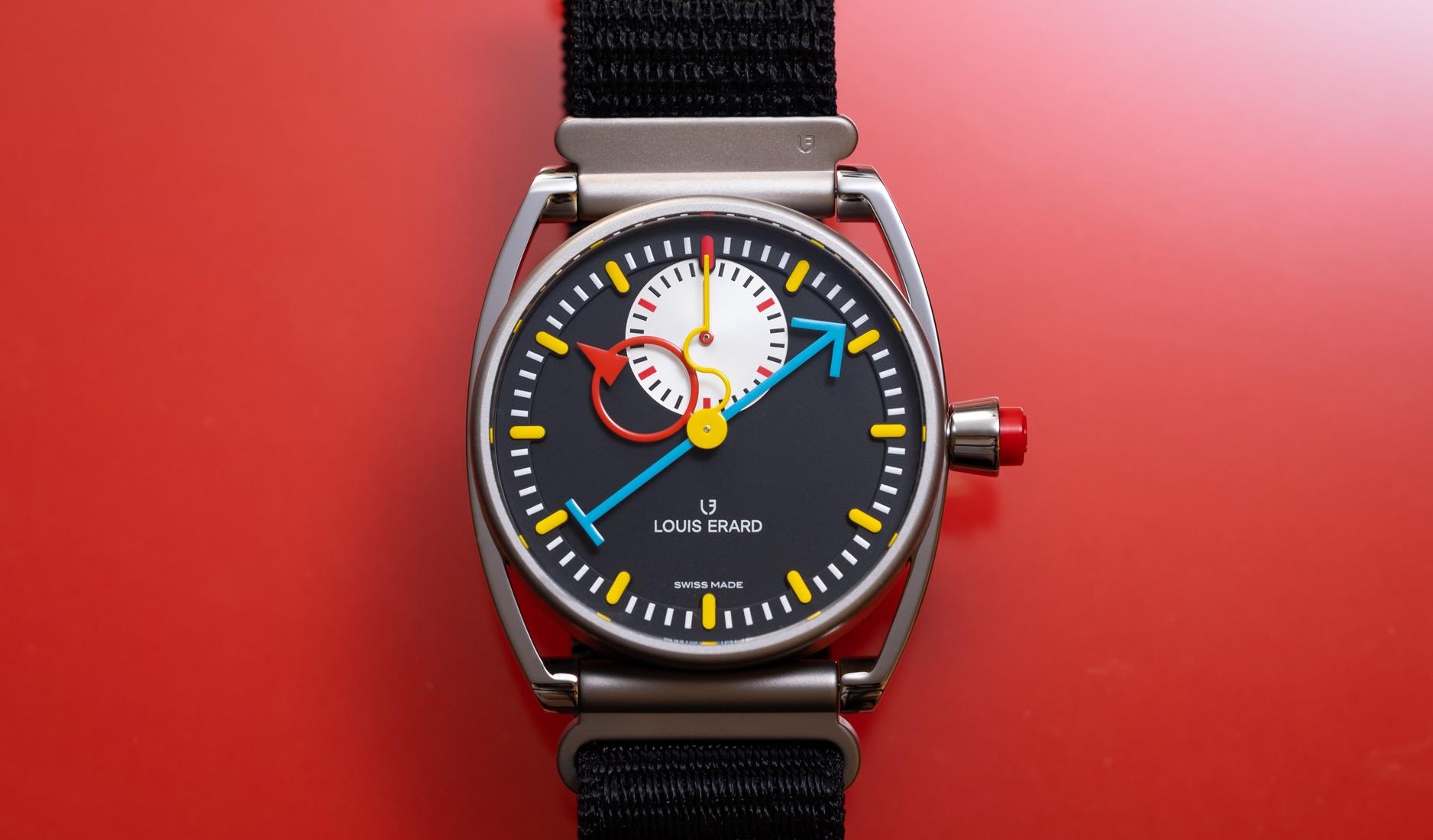 “These watches are made to awake the inner child within all of us, and my work is only really finished when they make someone smile. Without carte blanche from Louis Erard, it would have been impossible to succeed in this goal,” explains Silberstein. Well, he clearly looked like he had fun.

Each watch is limited to 178 pieces, 78 of which will be available as a collector's box set comprising all three models (S$16,010), as a digital artwork signed by Silberstein.