"The emotional value of the watch matters most to me." 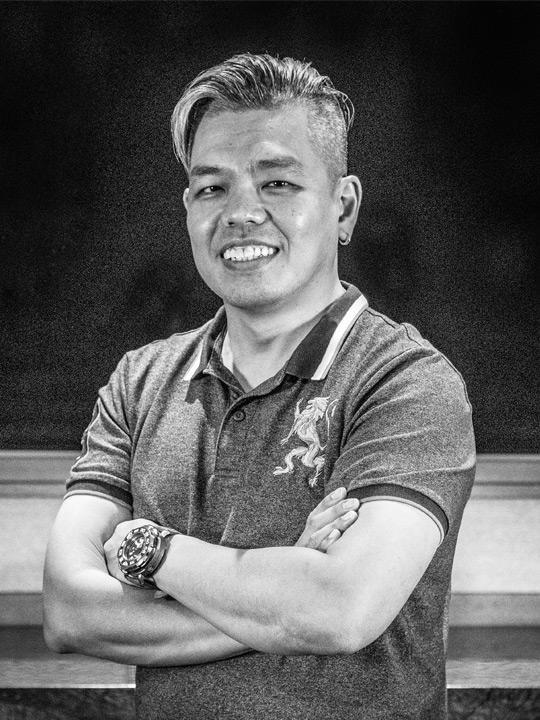 If Zentrix Chiu had been wired like most of us – that is, quick to act on first impressions – his relationship with the world of horology might have ended very differently. In fact, it might not even have started at all.

Recalling his first encounter with luxury watches, Chiu says he was 17 and was browsing at a boutique when he asked to try on a watch. His request was met with snide haughtiness. "The sales staff told me that I would have to pay for it if I dropped it," he remembers.

While unpleasant, the experience also got him thinking: “Why are people so stupid to pay so much for these things?'" Also, Chiu wanted to get back at the sales person. He decided to buy the watch, working extra hours as a banquet server to save up for it.

But fate works in mysterious ways. As it turns out, Chiu has become even more entrenched in the watch trade than he could ever imagine. Starting his career as, of all things, a watch sales person, he has since become an industry multi-hyphenate, involved in retail, distribution and brand consultancy work with brands spanning Citizen to Junghans.

Chiu credits his years at Bezel, a niche timepiece boutique where he started his career, as his most formative. When not attending to customers, Chiu worked hard to pore over the store's library of horological periodicals and catalogues.

"I had to be almost encyclopaedic with my knowledge so that I could explain the timepieces to customers on a deeper level," says the 40-year-old.  "I felt like I was a guardian of the over-300 'babies' in the shop."
Today, Chiu is a seasoned industry stalwart with his personal stash of precious watches. Although they include models from "the usual big names”, Chiu decided to go with watches that have gotten the most wrist time for this feature. All the watches have been his daily watches. "These are watches that I went to war with," he says. 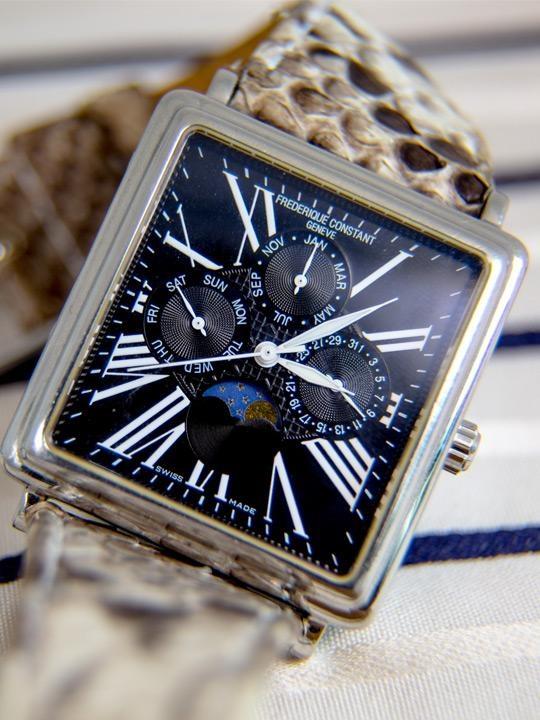 "I bought this in 2003, when I started in the watch trade. I wanted to learn to appreciate watches, and the best way was to own one. I really love this watch. It ticked all the boxes, an unusual square case, a Swiss mechanical movement, full calendar complication and so on. I paid for it over nine months and it was tough for a young sales person earning just over $1,000 a month. But this watch gave me so much pleasure. It was such a different feeling from my first ‘heated’ purchase."

“The Classico caught my eye with its water-resistant crown protector, which is quite a novel idea. I respect originality, so I was taken in by the brand. I bought it around 2006. At that time, I had already gained some knowledge about watch appreciation and was confident of my opinions. I was bolder and a bit cocky, and the Classico's simple yet aggressive design was a reflection of how I was then. It was me subscribing to a 'if you have it, flaunt it' type of philosophy.”

“I was attracted to Junghans because of its authentic heritage and honesty. At one point in its history, the brand was the world's largest clock maker, and the world's third-largest chronometer maker. There were other models with more Bauhaus-inspired designs but they just didn't suit me. I got this around 2009, and was at a stage in my life where I'd become a bit more mellow. This chronograph's layout, and the feel of German functionality and efficiency appealed to me.”

“A side story about my experience with Perrelet: I had wanted to represent Perrelet for a long time. I turned up at its booth at Baselworld for two consecutive years, and each time, its management would say no. I had the chance to present to the boss on the third try, and he was convinced. This was a purchase was from 2014, the year I managed to change their perception. I chose this model for its size; it was appropriate for me as I was getting fatter then (laughs)! I also like the contrast between gold and black, and it has a nice balance between a dress watch style and something that has more presence.

“Before getting this monster, all my 'serious' watch purchases were mechanical timepieces. For the longest time, I've been talking up the merits of mechanical watches. But then I got to work with Citizen, and now I'm exposed to the advantages of its legacy and most notably, the Eco-Drive movement, which is a quartz movement. Of course, I felt conflicted at first. But I started to see things in a different light after buying the Promaster 1000m. I wanted to put the product promise to the test, and needed to be convinced for myself. There was so much engineering and conceptual thought that went into its creation, and there was no BS about the way Citizen communicated its features.”