Expressive art celebrating the first of all Chinese zodiac signs. 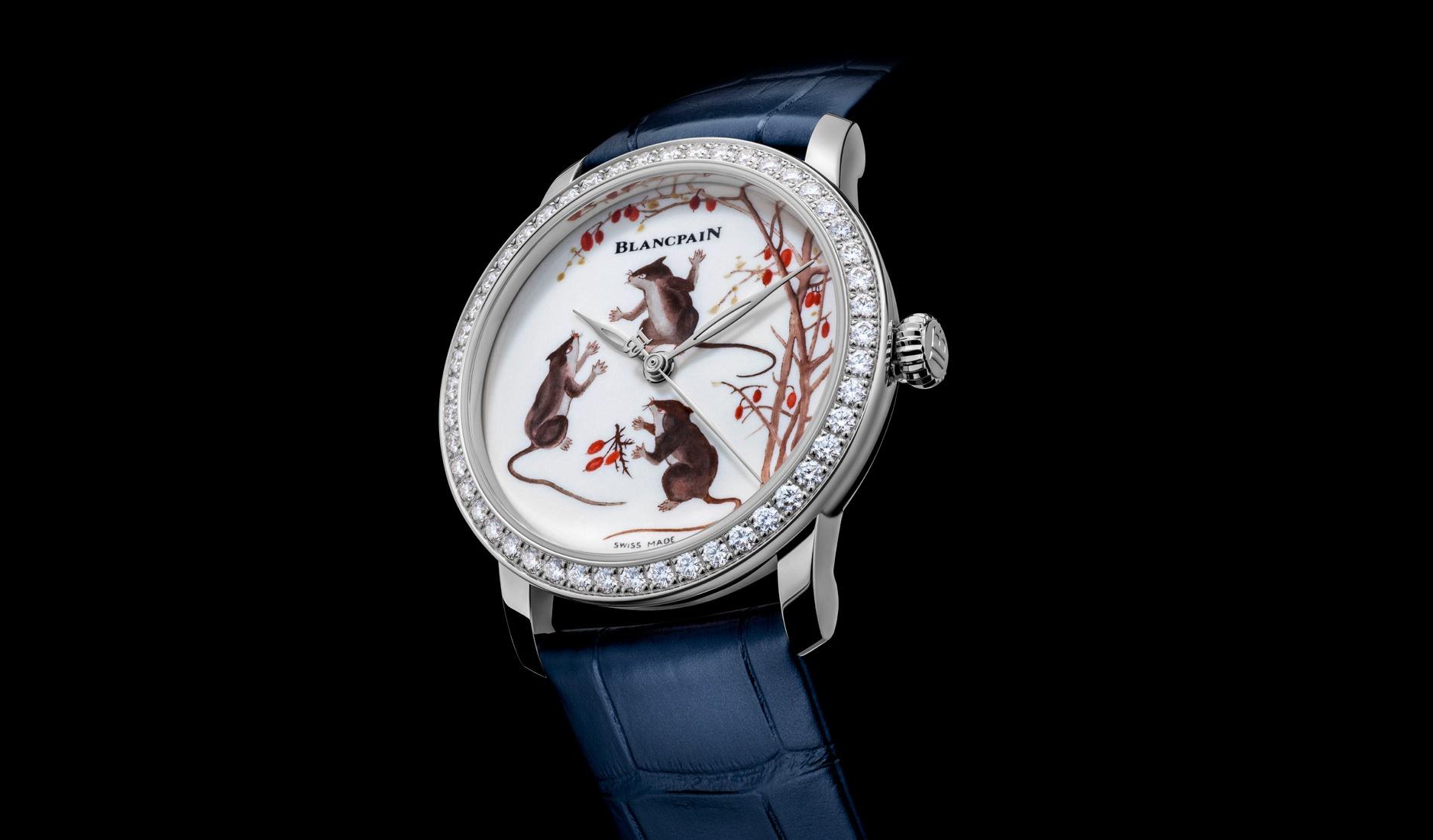 Chopard L.U.C.’s XP Urushi ‘Year Of The Rat’ features features the traditional Japanese lacquer art of Urushi. The lacquer varnish comes from the resin from the Urushi tree, which is harvested annually and takes at least three of being treated before it can be used. The craftsmen then carefully apply the layers of varnish and finish their work with gold dust, to accord the sculpted dial a look that is deeply textured and nuanced in equal measure. 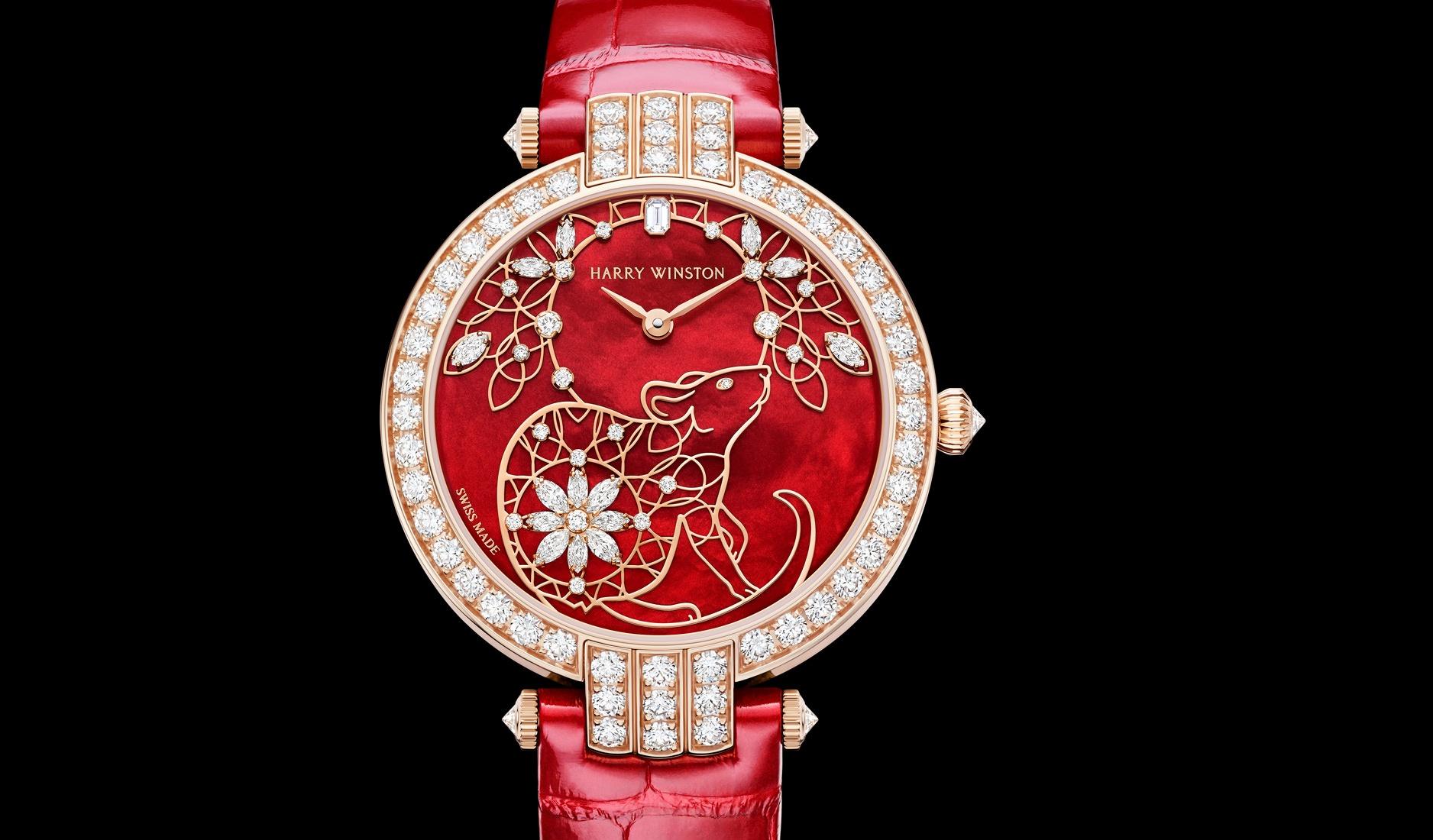 Possibly the most auspicious CNY-themed timepiece on this list, the Premier Chinese New Year Automatic 36mm rouses the spirit with its vibrant red mother-of-pearl dial, and yellow gold case set with 57 brilliant-cut diamonds. The depiction of the rat using openworked patterns and clusters of diamonds is inspired by the ancient Chinese art of jian-zhi (paper cutting). 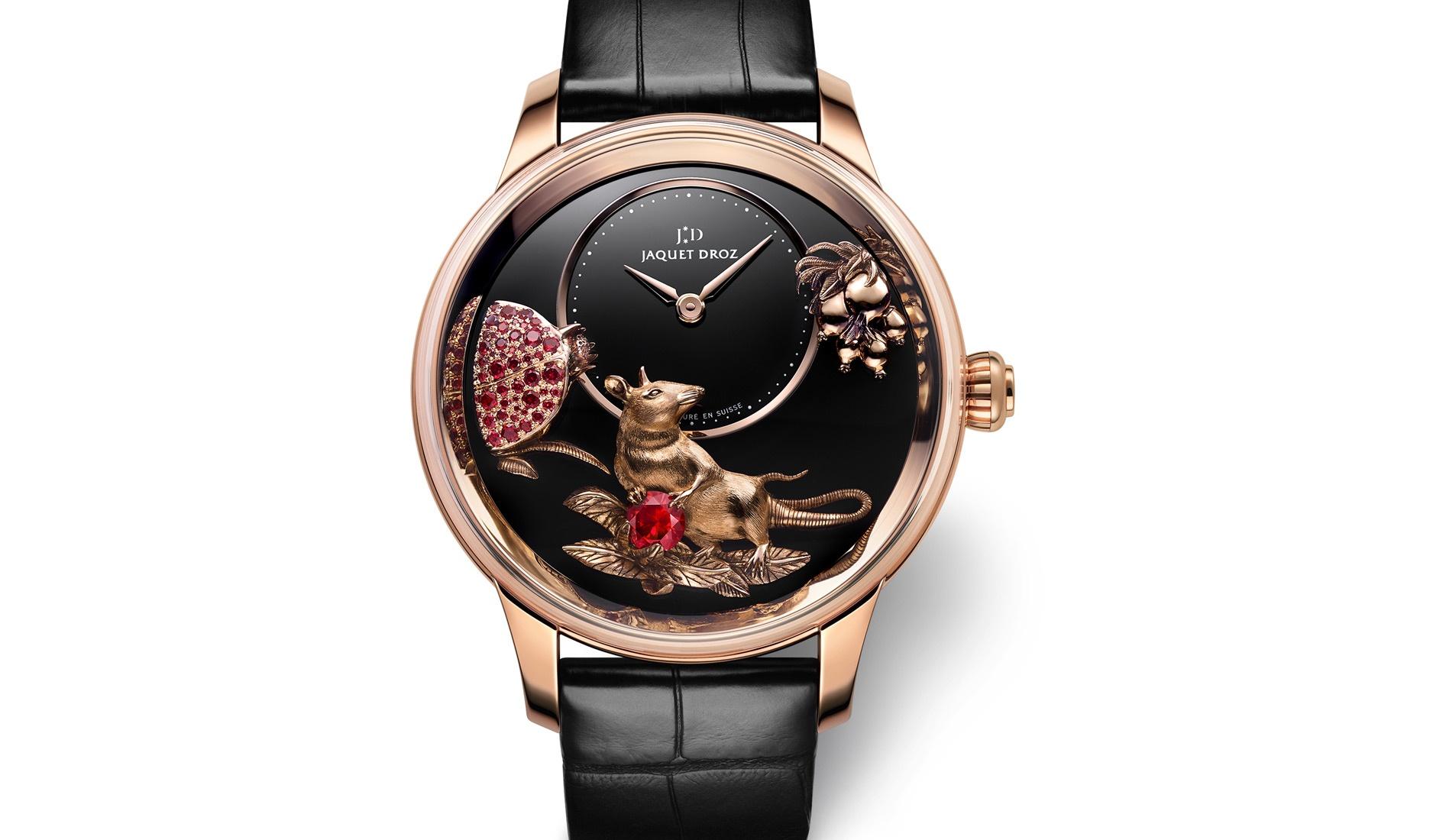 Of the four commemorative ‘Year Of The Rat’ watches that Jaquet Droz is offering, this version in 41mm pink gold is easily the most breathtaking. Set against a shiny onyx dial are miniature gold sculptures and snow-set rubies showing a rat holding on to a pomegranate seed while the fruits hang from above – as appropriate a picture of abundance as they come. Limited to eight pieces. 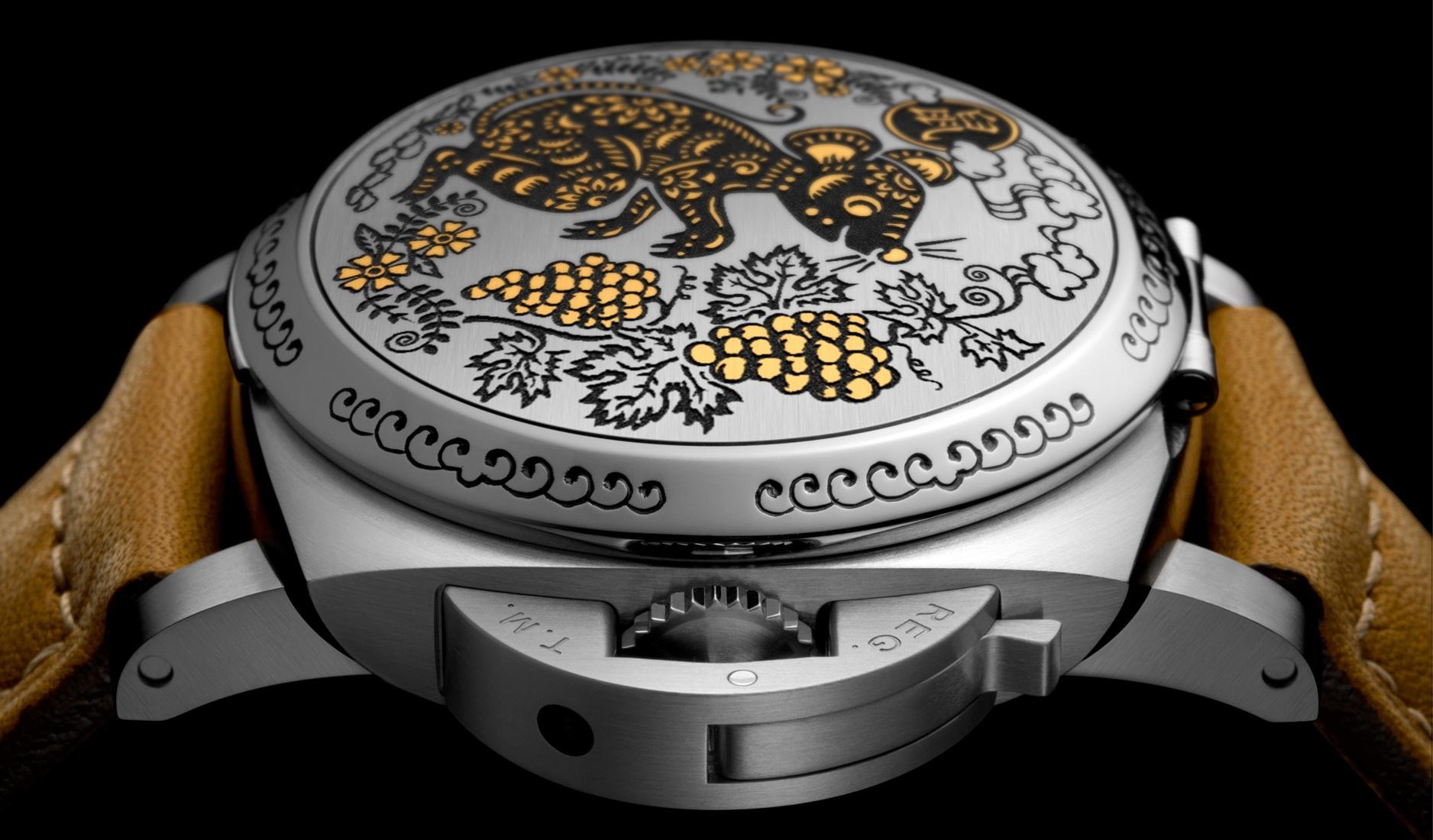 Like Harry Winston’s offering, the decoration on Panerai’s commemorative Luminor Sealand recalls the tradition Chinese art of paper cutting. However, the technique featured here is a based on the ancient Italian art of sparsello, in which the craftsman makes incisions with a scalpel and fills the recesses with gold. Either way, the result is a loving and joyful hat-doff to the year of the Rat. 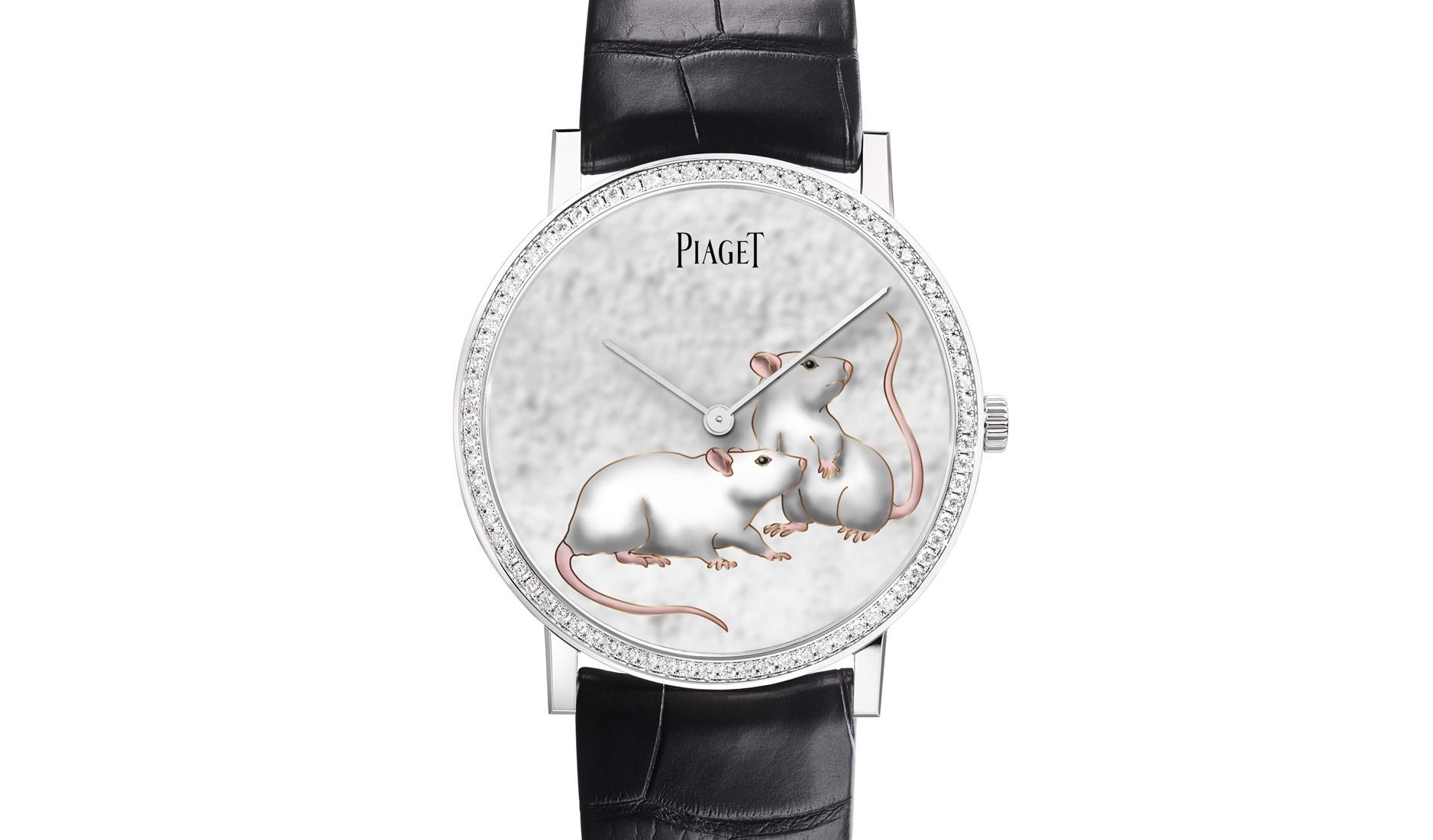 The fastidious craft of grand feu cloisonné enamelling – using fine gold threads to house coloured enamel to create shapes and patterns – takes centrestage on this timepiece. The ultra-slim, diamond-set white gold watch frames an artful dial depicting two rats looking in the same direction. The motif is brought to life by legendary enamel artist Anita Porchet, whose mastery of the craft sees her working with a restrained colour palette to create a stunning piece of art brimming with depth and soul. 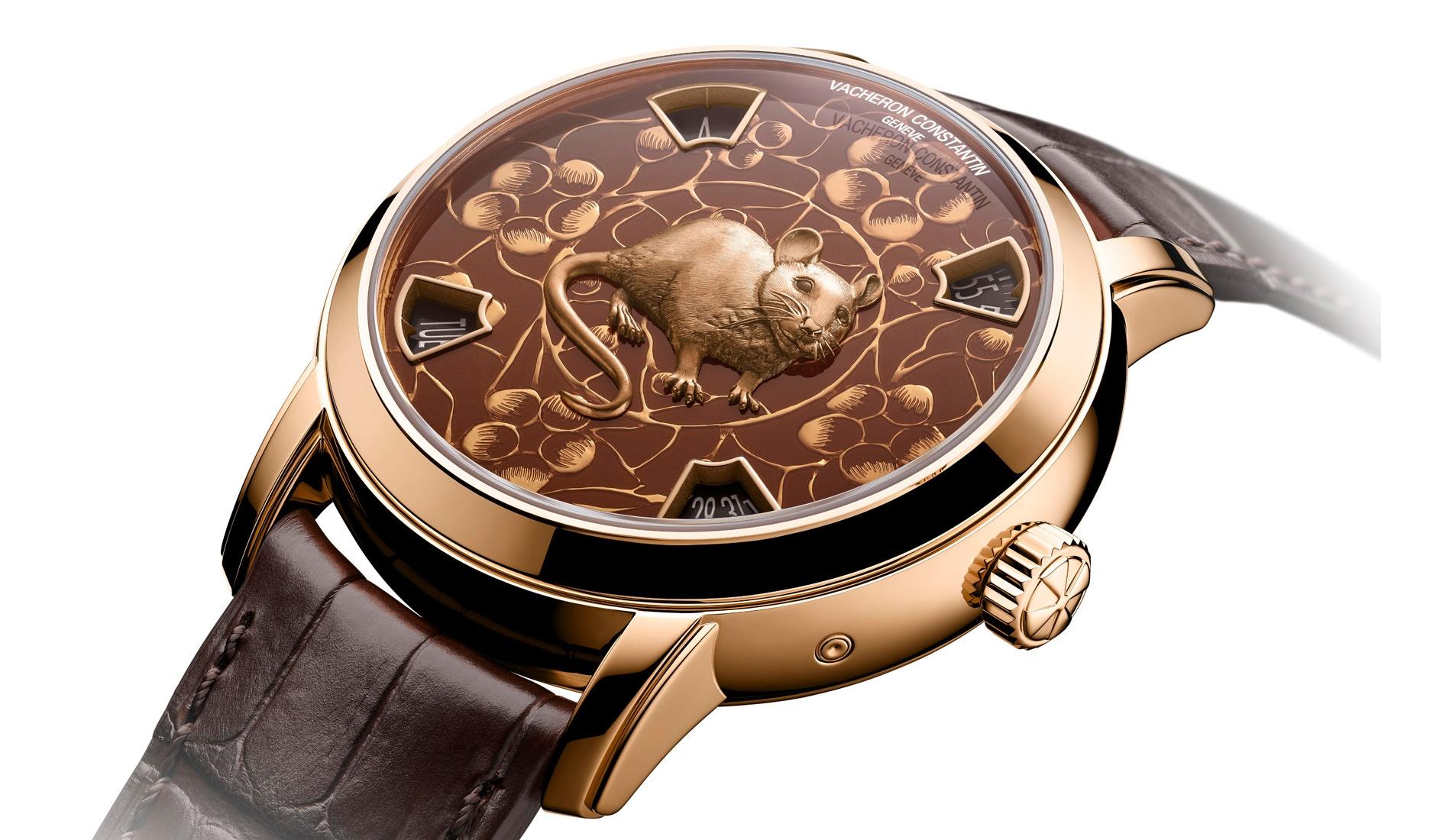 Another Chinese paper cutting-inspired Lunar New Year edition, but this time from the OG that has been enamouring Chinese collectors since the mid-19th century. Annual Chinese zodiac-themed editions are a staple for Vacheron Constantin and this year’s version comes in pink gold (pictured) or platinum, featuring a sculpted rat in precious metal atop a grand feu enamel dial. The work of art is accorded due spotlight, the jumping time and calendar displays neatly positioned in four apertures at the fringe of the dial.