THIS WATCH HAS HAPPENED SOONER THAN EXPECTED. Well, for us, anyway. When the Fiftysix collection was introduced in earlier this year at the SIHH watch fair, watch pundits were happily surprised at its price proposition. The most ‘basic’ of the Fiftysix models, a steel-cased three-hand option with automatic movement (below), retails at US$11,700 – which, if you asked any watch connoisseur, makes it a great Vacheron Constantin watch to start.

Fiftysix Self-winding in steel, launched at SIHH in January 2018

Even though the debut collection also comprises Day-Date and Complete Calendar models, the introduction of the Fiftysix Tourbillon – arguably one of high-end watchmaking’s most coveted complications – just nine months after the collection's initial introduction, suggests that Vacheron Constantin is never gonna restrain itself from lofty horological offerings, despite efforts to inculcate a yet-untapped base of watch lovers into the world of high-end horology.

EVEN SO, A TOURBILLON SEEMS LIKE A NATURAL FIT. The Fiftysix’s throwback aesthetics, inspired by a vintage Vacheron Constantin watch, the Reference 6073 from, well, 1956, sets the stage rather nicely for the top-of-the-line complication. A huge window at 6 o’clock accords the tourbillon pride of place, allowing the mechanism’s technical sophistication to shine.

There is symmetry with the dial interface and, despite the tourbillon justifiably taking the lion’s share of the attention, the watch’s studied nostalgia – courtesy of sensible case lines, proportions, and beautifully rendered hands and markers – is omnipresent but never intrusive.

SPEAKING OF FIT, THE WATCH’S SLIMNESS IS A THING OF MARVEL. The Fiftysix Tourbillon WILL slide under the cuff of your silk shirt like a dream. And we have the Calibre 2160 to thank for that.

Previously found inside the Traditionelle Tourbillon, the Calibre 2160 measures just 5.56mm in height. That is pretty impressive considering that the automatic movement comprises 188 parts, and that it offers up to 80 hours of power reserve. The interesting feature here – besides the tourbillon, that is – is the 22K gold peripheral oscillating weight that helps contribute to the thinness of the movement.

AS WITH ALL VACHERON CONSTANTIN WATCHES, DETAILS MATTER. Technical prowess aside, the Fiftysix Tourbillon is meant to be admired up close; its wealth of details becoming more apparent with each examination. The case with its sensual lines and integrated, curvaceous lugs are impeccably hand-finished, as is every single component of the movement, which one can view from the sapphire caseback. Of course, the tourbillon with its Maltese Cross-shaped carriage (an emblem of the brand) deserves special mention, requiring more than half a day’s work just to decorate and finish by hand. 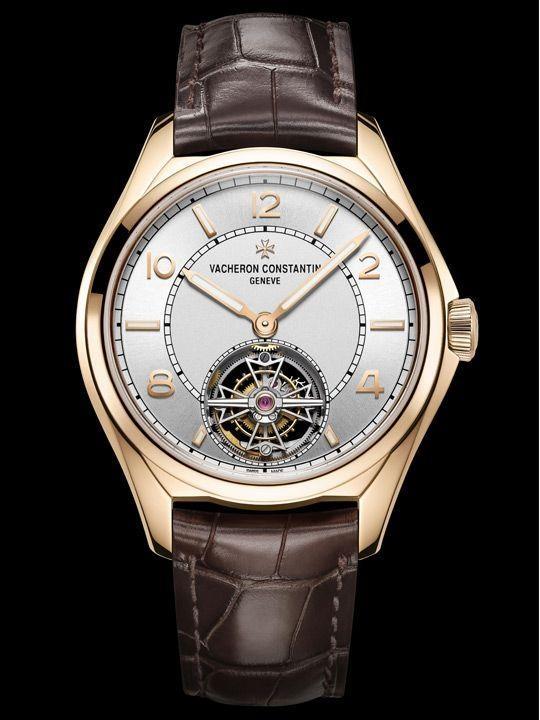 YOU WILL HAVE TO WAIT, THOUGH. We know, we're sorry for being such a tease. According to the press communique, interested buyers will have to wait until April 2019 to get their hands on a Fiftysix Tourbillon, available exclusive at Vacheron Constantin boutiques worldwide.