It may not be as coveted as gold or silver in the sporting world, but bronze gets due credit in the world of watchmaking. 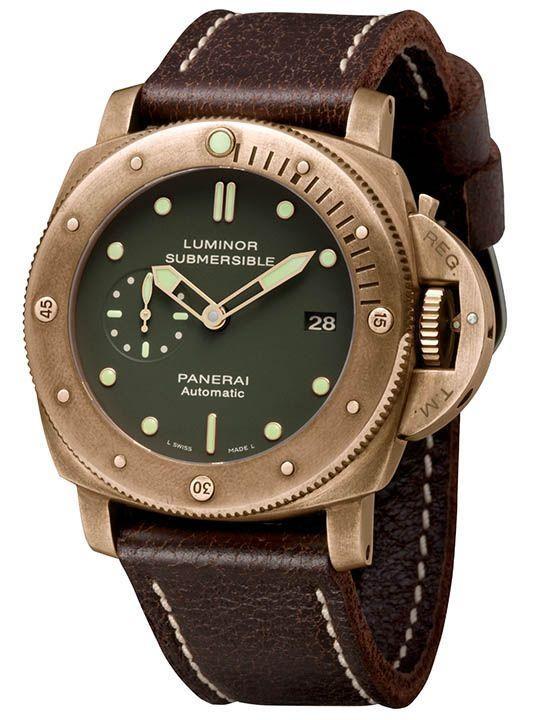 Just like how silicon was the talk of the town a decade ago, feted as the material of the future for movement construction, bronze has entered a new era of pomp and recognition in the field of case construction. Some of the most coveted and talked-about timepieces at this year’s watch fairs are clad in bronze cases.

A large part of bronze’s appeal lies in its rustic and macho demeanour – an earthy, muted gold sheen that changes over time. Watch brands market the feature as a way to personalise the watch, but the patina actually serves a functional purpose – it changes due to oxidation, and forms a layer that protects the material from corrosion.

It must be said, though, that the use of bronze in watch cases isn’t new. An early sighting in contemporary watchmaking came in the 1990s, in the form of the Gefica Chronograph by the late Gerald Genta. As amazing as it is, though, it wasn’t the Gefica Bi-Retro Safari but Panerai’s Luminor Submersible 1950 3 Days Automatic from 2011, nicknamed ‘Bronzo’, that sparked the wave of bronze timepieces we see today. 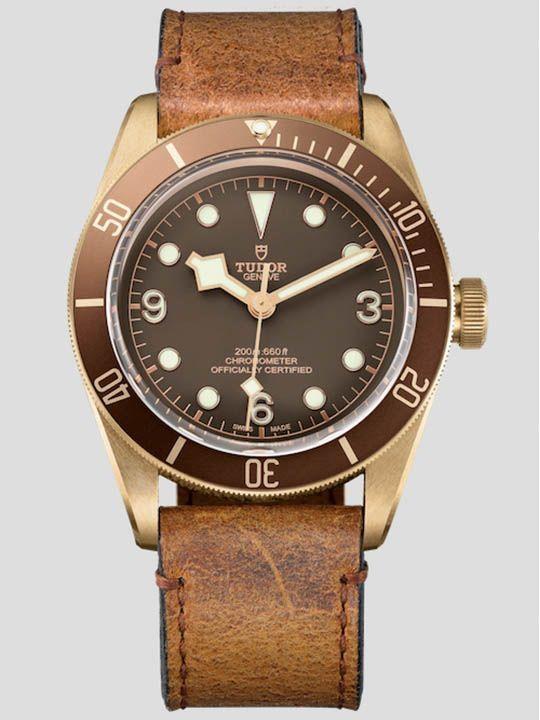 Thick with nautical inspirations, Tudor’s Black Bay Bronze is a neat new addition to the Black Bay family, a vintage-style dive watch collection that is currently riding on its red-hot popularity since it was launched three years ago. Its 43mm case, 2mm larger that its steel brethren, is made of aluminium-bronze that is said to age with a tanned patina over time. 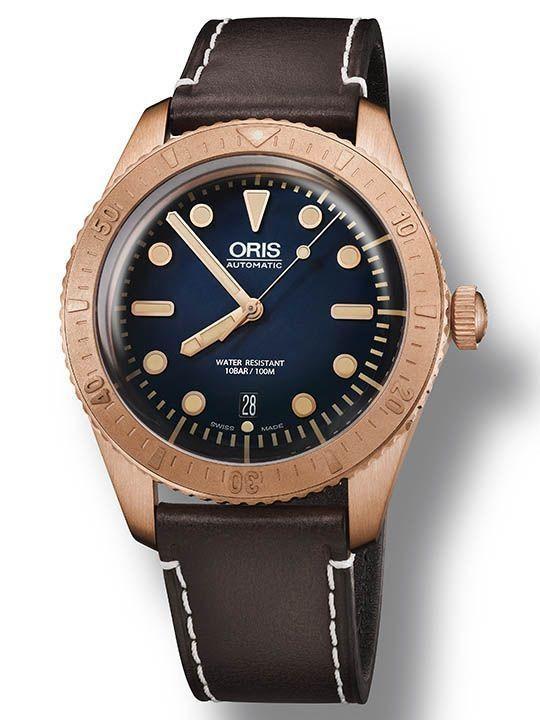 This limited edition timepiece is an homage to the U.S Navy’s first African-American master diver. Capped at 2,000 pieces and priced at S$3,900, we think it’s one of this year’s best buys. Expressing a throwback vibe like the Black Bay Bronze, the Carl Brashear bronze case pairs beautifully with its deep blue dial (incidentally, also a trend), which looks far richer than depicted by the press picture. 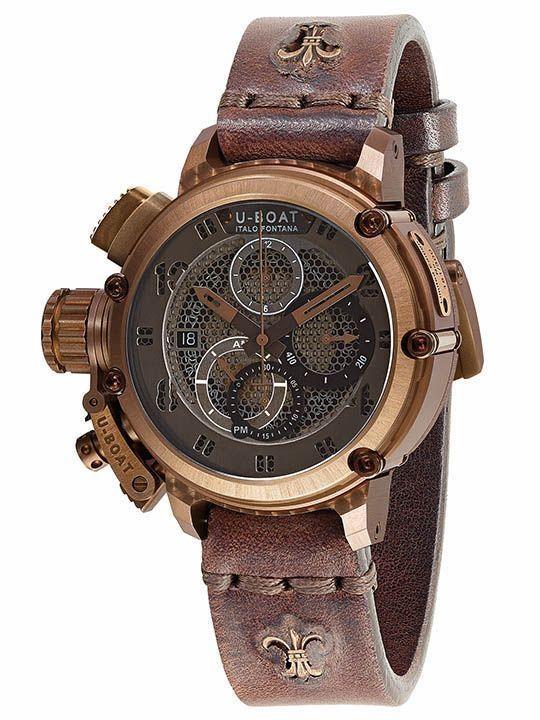 Talk about playing coy. U-Boat’s latest innovation includes a stainless steel layer of laser-cut fine wire mesh on the dial, which allows the movement to be partially seen. And if a rugged bronze case isn’t enough, they’ve also added a patented fourth counter on the dial with a bronze hand indicating the 24 hours of the day. A pusher between the crown and crown guard enables the inner crown to be released so setting the date and time is a breeze. Fleur-de-lis accents on the brown leather strap add a regal touch. 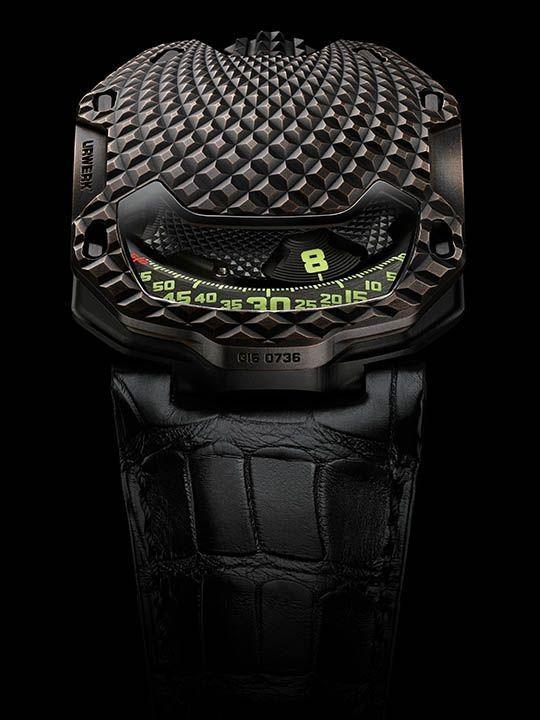 Oh nothing much to see here, just a case that’s “decorated, beadblasted, micro-sandblasted, purified and then oxidized with a brush,” according to Urwerk’s master watchmaker Felix Baumgartner. It also happens to look like the hide of a reptilian creature with its textured, crisscrossed ribbed pattern which no doubt gave rise to its Jurassic moniker. As with other timepieces in the family, the T-Rex uses Urwerk’s iconic satellite system to display the hours with Super-LumiNova coated numerals. 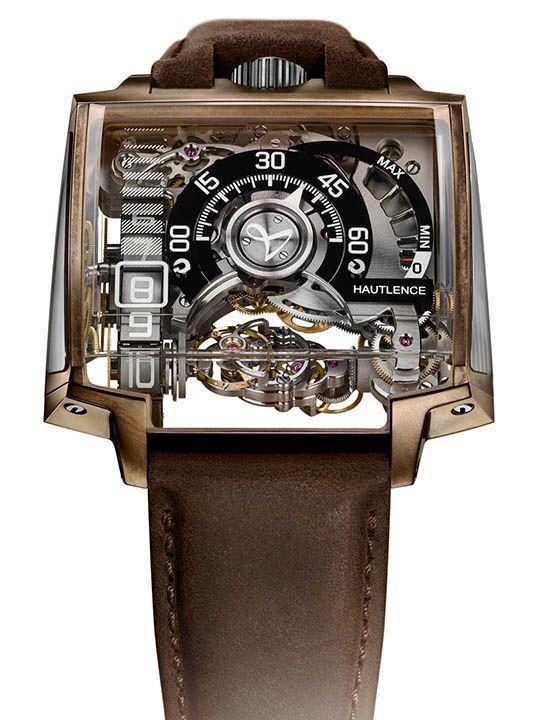 The fourth in Hautlence's Vortex series, this latest addition is a force to be reckoned with. Limited to just eight pieces, the Vortex Bronze is Hautlence’s second Concepts d’Exception timepiece and is driven by the self-winding HL2.0 movement with a chain depicting half-trailing hours, in addition to retrograde minutes and a power reserve indicator. The patented timepiece also sees the cage of the regulating organ turning 60 degrees every hour, negating the effects of gravity on precision—essentially playing the role of a tourbillon. All this is seen through six three-dimensional sapphire crystals that afford an unobstructed view of the complication within—a good thing, considering we can’t keep our eyes off it.