The Omega ambassador believes in a positive attitude to life. 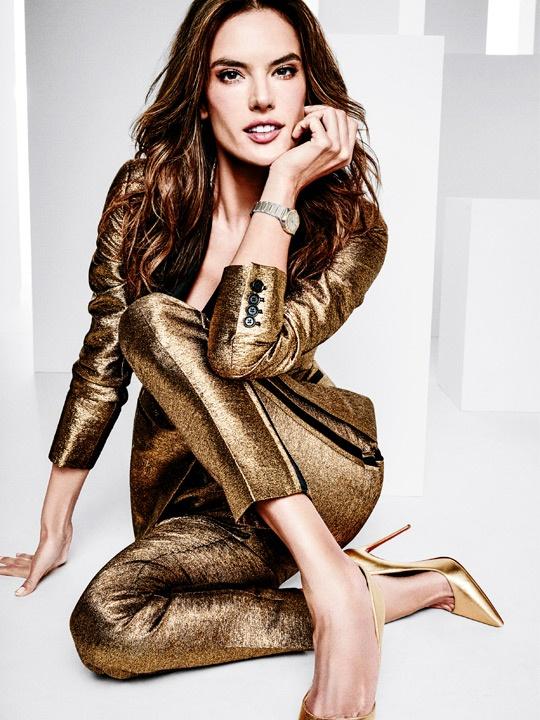 You probably know her best from her Victoria’s Secret days when she commanded the runway as an Angel from 2000 to 2017, but Alessandra Ambrosio has many other sides to her. Apart from being a model and actress, the hardworking mother-of-two is also an ambassador for the National Multiple Sclerosis Society, a portfolio that’s close to home as her father has been battling the disease since the late 1990s.

Focused from a young age, Ambrosio knew she wanted to be a model at just eight years old. At 15, the lanky teenager made her catwalk debut and, later on, scored modelling gigs for Christian Dior, Ralph Lauren and Giorgio Armani, amongst other big names in fashion. Since hanging up her wings, Ambrosio has chosen to make the most of the time she now has by being with her two young children and creating memories together. And that, perhaps, should count as one of her proudest achievements.

Tell us about your favourite memory.
There are so many amazing memories in my life but two favourites are when I gave birth to my children, Anja and Noah. The other would have to be shooting the Omega Constellation campaign alongside the amazing and inspirational Nicole Kidman, Cindy Crawford and Liu Shishi.

What is your idea of a perfect moment?
It can be anything from receiving an unexpected kiss from my children to realising a goal I have set for myself. But the most precious moments are those that happen spontaneously.

If you were to travel back in time, which moment or era would you choose?
I am actually very happy to stay in the present but if I had to choose, I would probably go back to my first Victoria’s Secret Fashion Show in 2000 as it was so special, as well as my first Omega campaign shoot as it was magical.

What advice would you give your 16-year-old self?
Stay persistent and fight for your dreams. Do not forget to take time for yourself and, most importantly, enjoy what you are doing, then it won’t feel like work.