Advice and insights from Watchbox’s media specialist and YouTube sensation. 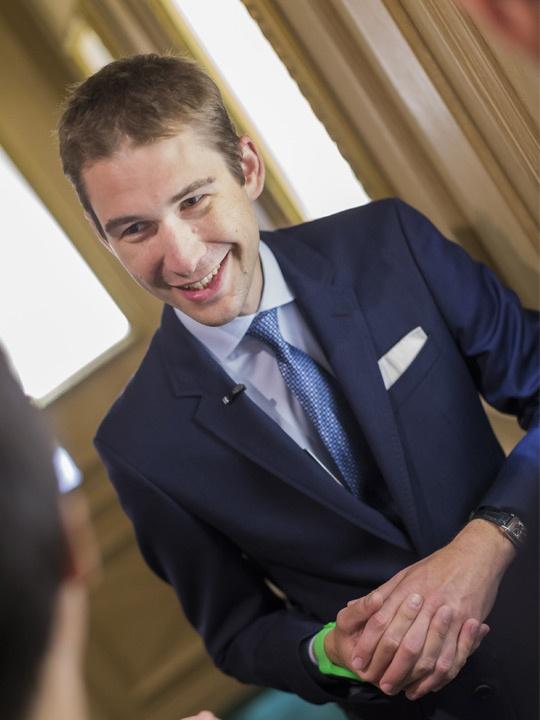 When Tim Mosso popped by Singapore late-2019 to join Watchbox Singapore’s opening ceremony, the walking horological encyclopaedia was bestowed the rock star treatment. Fanboys and watch geeks who knew Mosso from Watchbox’s hugely popular YouTube channel, Watchbox Studios, were literally stopping him in his tracks, eager to engage and bask in his enthusiasm about watches and watch collecting.

Just as one’d expect from watching Mosso’s watch reviews and ruminations on YouTube, the man himself is disarmingly genial, forthright and blessed with a seemingly endless capacity for watch-related information. More importantly, Mosso is more than happy to share his passion and knowledge.

You recently started on a watchmaking apprenticeship at Watchbox's in-house watchmaking department. What’s up with that?
I wanted to increase my knowledge and mastery of watches. Understanding the product, knowing the history, being able to spot counterfeits, appraise and so on, are great. But that's just for the outside of the watch. I want to be able to go inside of the watch and understand it. It is almost like a lawyer who wants to do patent law. In the US, lawyers who want to do that need to have an engineering degree and a law degree. I want to work up to a watchmaker's certification and a PhD in horological history, engineering and innovation.

Have you always been into watches?
It started as a general interest in mechanical stuff. My granddad used to repair electric shavers for a living. He would fix other appliances around the house, too, and he had a couple of interesting watches. I vividly remember he had the Bulova Acutron and an Omega Deville Seamaster. Grandpa got me into machines and gadgets.

When I was in second grade, he got me a Timex multifunction quartz watch. It was something you could exchange from coupons collected from cereal boxes. It was the first present that I got that wasn't a kid's toy. I always thought watches were cool - they were a world unto themselves. They had their own internal computers or mechanisms and they were just working away in the palm of my hand.

How did you end up working in the watch business?
Before joining the watch business, I was working as paralegal. I also spent four years with US Navy as a press officer. After I left the military in 2013, I started getting offers to work in the pre-owned business. My first job in watches was working with small pre-owned dealers in New York on 47th street. I responded to a blog and 24 hours later, joined Watchuwant on July 2014. (The company was acquired and rebranded as Watchbox in 2017.)

So you’ve always worked in the pre-owned space?
I was actually offered a job by Richemont. It was a great opportunity but personally, I like the fact that every watch made is available in the pre-owned space. I love the watches from the brand that offered the job, but I would feel limited by what I was able to sell - maybe the latest models and the ones from two years before that. I won't be able to sell something from the 1990s or a limited edition from 10 years ago.

The pre-owned market is attractive to me in that most new watches are usually six months away from being pre-owned, so I'm not losing out in terms of getting to sell new models. But there's no way I'd be able to do videos about a 1965 Rolex 6239 Paul Newman Daytona if I was working for a brand. 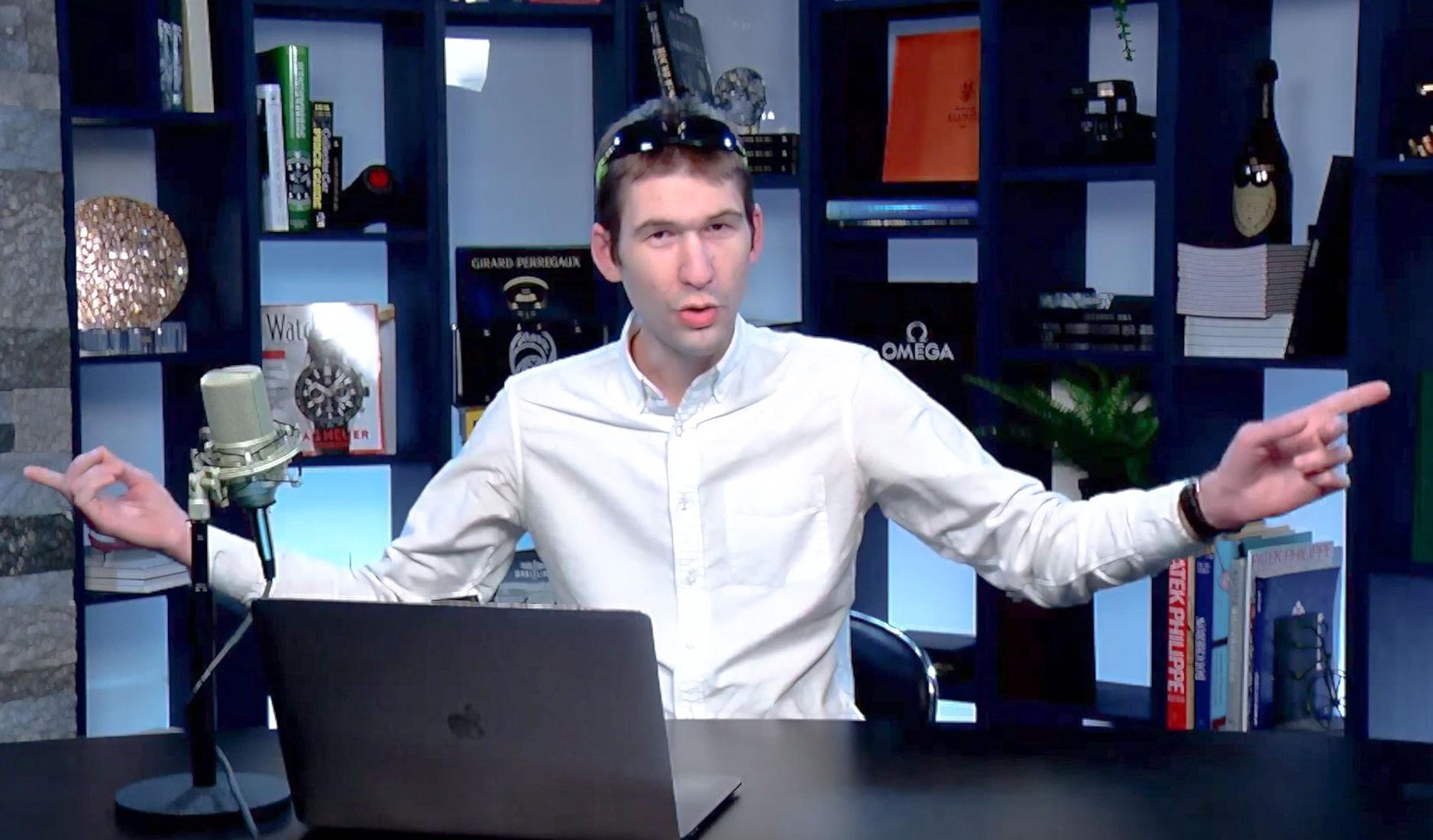 I read that you shoot 25 videos a week.
Actually, I shoot 32 a week and four broadcasts.

How’s that possible?
I do it all one take and there's no editing. Also, because there is no time for post-production and we don't have the manpower. I am just creating videos that I wished existed when I was a collector from the outside looking in. That is, videos that give you a no-nonsense tour of the watch. I’ve watched YouTube watch reviews where the person’s face is bigger than the watches. I’m like, ‘Dude, I'm not that into you. Quit your self-promotion and just tell me what I'm getting for $25,000 on a used watch.’

What happens when you have to sell a watch that you don't fancy?
I picture myself at a trial and I'm an advocate of the watch. I will tell you everything that is right about the watch. Besides, a Hublot collector is going to judge a Hublot watch with different standards compared to how a Patek collector judges a Patek watch.

I'm not going to knock a brand or watch because I personally don't like it. I've only collected a smaller number of brands and models, which means that most watches I review aren't watches that I would like personally. And if I don't like a watch personally, that is my problem, not the watch's.

What do you feel about brands that are reclaiming the pre-owned space for themselves?
I think brands still see the pre-owned business as a trading mechanism, in that the sale of the pre-owned watch will lead to the sale of a new watch. This is as opposed to thinking of making a fortune primarily off pre-owned sales. The problem with this perspective is that then the brands don't believe in the pre-owned product. It’s like a step-child in the corporate structure. If you embrace the opinion that the pre-owned space give customers the best value and selection, you have a more dynamic marketing message.

Finally, please share some tips for our readers entering the pre-owned market.
Firstly, do a lot of reading. Know everything you need to know about what's out there before you commit. If you don't hunt as part of the journey, you are not getting the best out of the hobby. Also, you are not broadening your horizon if you are buying the first thing that you saw. So make yourself the expert on what you love most. Only when you find yourself bursting with knowledge, then you make your selection.

Secondly, you don't have to buy your grail watch first. A lot of guys get right into the hobby thinking that they have to buy that $30,000 watch. I can tell you that I've had that $30,000 watch and I've had that $150 watch, and I have had equal satisfaction with both. There is nothing wrong in working your way up to a major watch purchase because along the way, you might decide that you don't really like that watch.

Thirdly, buy the seller. There are a lot of dubious hustlers out there, so make sure that you know and love the seller before you transfer your money. If a seller is from France and tells you to transfer your money to Crimea, that's probably not a good idea to make that deal.