The Supermoon on 14 November was epic. But in case you missed it, here are some moonphase watches to help you feel better.

On the night of 14 November, moon-gazers experienced an orb that was 13 per cent bigger and 30 per cent brighter. This phenomenon is attributed to the Moon’s elliptical orbit around Earth. This is why, at a certain point of the orbit, the moon will be at its closest point to our planet.

The last time that the Moon was this close to Earth was 1948. The next time it happens again will be on 25 November 2034.

For sure, watch buffs attempted some opportune wrist shots by the light of the moon. To commemorate the occasion, here are some of our favourite moonphase watches of 2016. 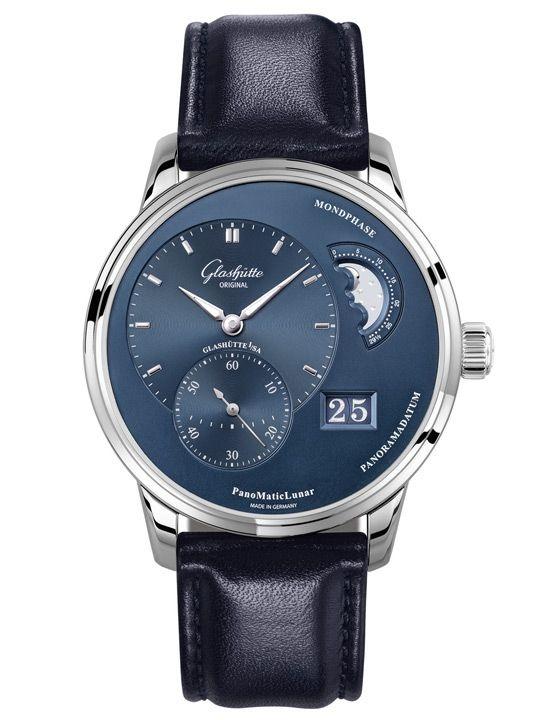 Glashütte Original’s Pano line of watches pairs an unconventional dial layout with classical aesthetics beautifully. Throw a romantic moon phase indicator into the mix of off-centred overlapping sub-dials and large date display, and you’ll get a watch that is pretty darn attractive. Available now in two new guises – dark blue dial with stainless steel case (pictured) or matte black dial with red gold case – the PanoMaticLunar is more eye-catching than ever. We have the brand’s own dial manufactory to thank for the makeover – it reportedly takes up to 40 separate operations to perfect a single dial, from the precise galvanic colouring process to yield the exact hue, to the fastidious application of the graphic elements. 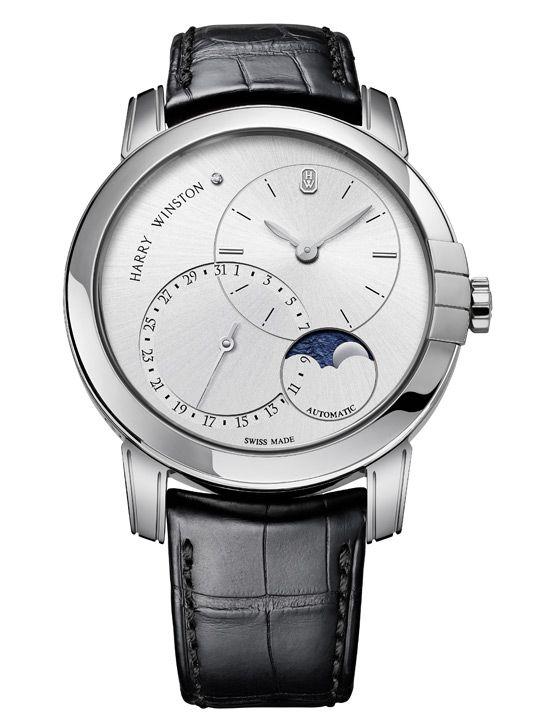 This watch is a riveting expression of Harry Winston’s signature off-centred aesthetics. Everything blends into a perfectly proportioned dial that houses an off-setting of hours and minutes, date and moonphase counters. Just like a full moon, it is a sight to behold with unique visual features that add nuances and texture. Elements include the rough appearance of the moon disk and the recessed zone of the date sub-dial. The watch is driven by Calibre HW3203, an automatic movement with silicon balance spring, which is visible through the caseback. Available in 18K white or rose gold case. 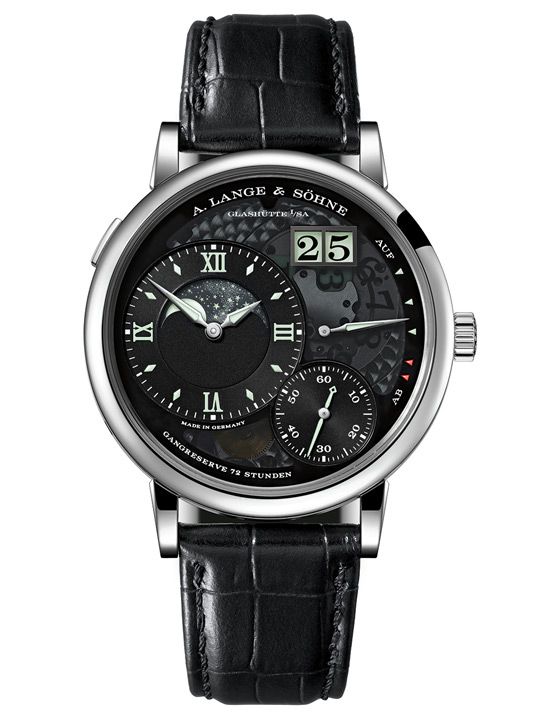 For a moonphase watch that truly shines, check out the Grand Lange 1 Moonphase ‘Lumen’. A departure from other models with gold discs, this version sports a glass disc coated with a patented process, then laser-cut with 1164 stars and a moon. When the Super-LumiNova behind it is charged, the stars and moon light up in a dazzling display of nocturnal beauty. Once the moon phase is set properly, it only needs to be adjusted by one day every 122.6 years. Which (in terms of the owner’s lifespan) is never. Endowed with a 41mm platinum case, the watch comes with a power reserve of 72 hours and is limited to just 200 pieces. 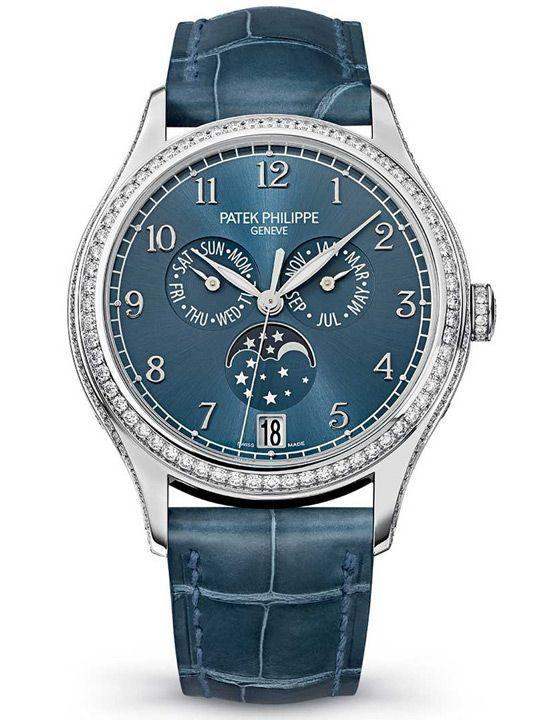 In the pantheon of watch complications, the annual calendar is one of the most useful because it shows the day, date, and month at a glance, and requires correction only once a year at the end of every February. This beloved complication makes the Ref. 4947 all the more desirable, as it prominently displays all of the abovementioned along with a poetic moon phase indicator against a resplendent sunburst blue dial. To further sweeten the deal, its crown and 38mm white gold case that houses an automatic movement have been bestowed with an artful amount of diamonds. 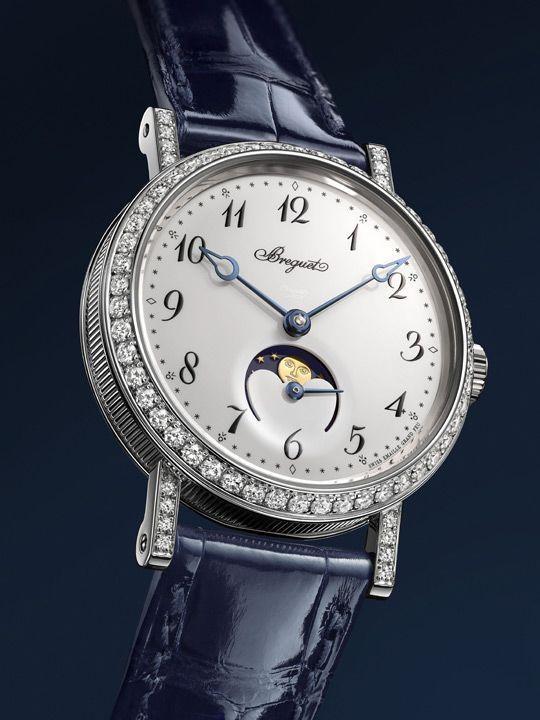 What a blast of freshness, to see a women’s timepiece that doesn’t go out of its way to distance itself from its feminine nature. The Classique Phase de Lune Dame’s pristine dial looks simple, but its execution is exceedingly fastidious – the smooth, flawless surface is courtesy of a high-fired enamel technique that requires extreme patience and experience, so that the enamel doesn’t crack despite being repeatedly heated at over 800˚C. The beautiful dial is complemented by blued steel hands and 66 brilliant-cut diamonds on a dainty white gold case measuring 30mm across; an effortlessly glamorous look that one’d expect from a Breguet Classique watch. 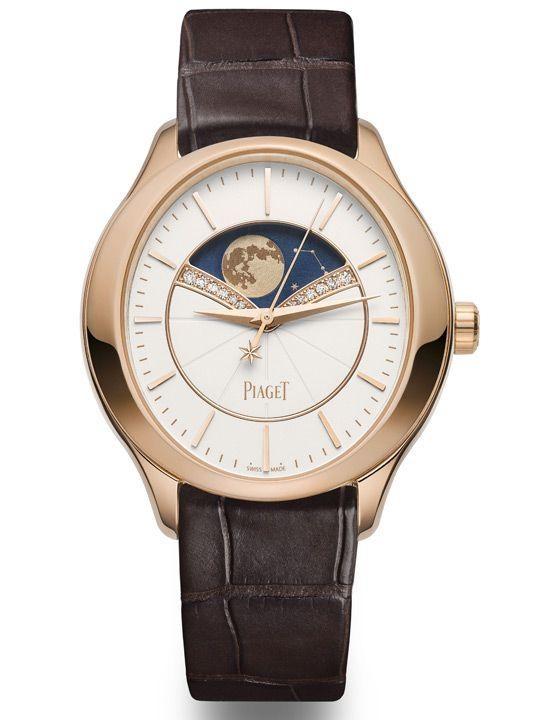 Piaget is relatively late to the game of complicated mechanical watches for women, but it has more than made up for lost time with the sublime Limelight Stella. Featuring a new in-house automatic movement, its moon phase function only requires a one-day adjustment every 122 years, which is a huge improvement from standard ones that need to be adjusted every two and a half years. Two rows of diamonds flank the moon phase indicator, but more sparkles can be had with the 36mm white or pink gold models with diamond-set bezels.