You’ll never look at the sky the same way again.

Most of us, especially city dwellers, get by these days without caring much for what happens in our skies. Our eyes are buried downwards, on our phones, building our lives on terra firma. So much so that we forget we’re zooming around the sun at an average speed of 30km per second. Here are some gorgeous timepieces to remind us of the spectacular cosmos we often ignore. 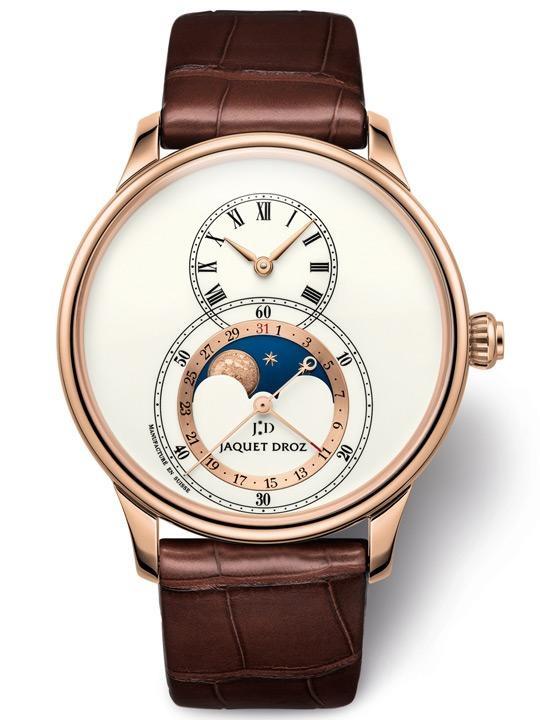 The moon waxes and wanes as it orbits the earth, on a cycle that lasts on average 29.530588 days (not an integer!). Some say the moonphase display that depicts this phenomenon has no practical application, but it lends beauty to a watch face and, with a little imagination, one can set the display independently to help monitor other cycles that are approximately 30 days in duration.

Besides, the moon is our next-of-kin as far as celestial bodies go. Choices abound for moonphase watches. Besides breathtaking aesthetics, courtesy of cream enamel or black onyx dial, and gold moon and stars on a blued steel or onyx disc, the Jaquet Droz Grande Seconde Moon also boasts an ‘astronomical moon phase’ that is leagues more precise than traditional displays, being off by a single day in more than 122 years, as opposed to roughly two years and seven months. 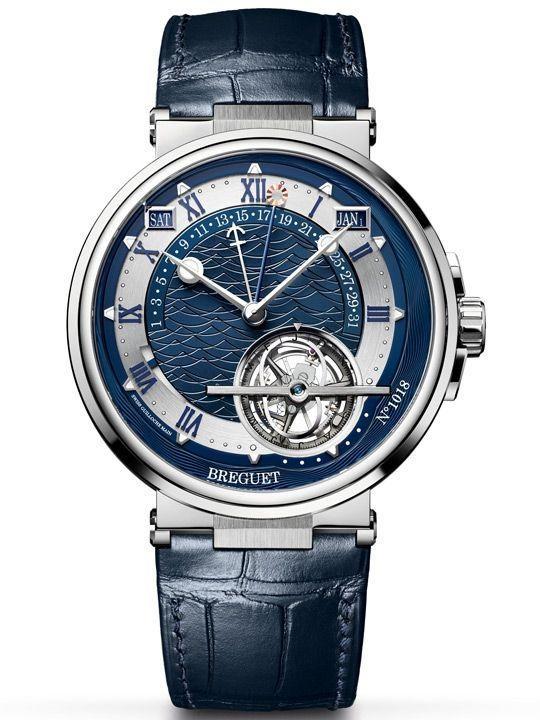 The earth is on a rollercoaster trek around the sun, braking and accelerating like any speed maniac on a course. That is headache-inducing if one has to rely on sundials to tell the time, because the length of a day is going to vary. Thankfully, accurate mechanical clocks that divide every day into 24 hours of equal length have enabled us to kick the sundial habit.

The equation of time is the difference between the observed time of the moment according to the actual position of the sun (apparent solar time) and the time from a good clock (mean solar time), usually depicted as a linear scale of -14/+16 minutes. In addition to all its other merits, the Breguet Marine Équation Marchante 5887 dumps the linear scale and saves the wearer the bother of mental calculations by having a dedicated hand to show the apparent solar time adjusted for your position. Thanks to this, you will always know exactly when the sun is at its highest point, even while slogging in a windowless office!

We were told in school that one day is the time it takes for the earth to complete one spin on its axis, with the sun as reference point. That’s one solar day, lasting 24 hours on average.

Instead of the sun, a sidereal day references the faraway stars, so that when they return to their original position in the sky, the earth would have completed exactly one spin, almost 4 minutes shorter than a solar day. Sidereal time is time referenced on the stars. Every few years, the watch fairs will produce one such super-complication.

For 2017, that title belongs to Vacheron Constantin Les Cabinotiers Celestia Astronomical Grand Complication 3600. It offers sidereal time, together with a whole suite of astronomical displays, with some very exotic ones such as seasons, tides, times for sunrise and sunset, sky chart and zodiac. It’s essentially a computer, mechanically translating astronomical data via an integrated movement composed of more than 500 parts. 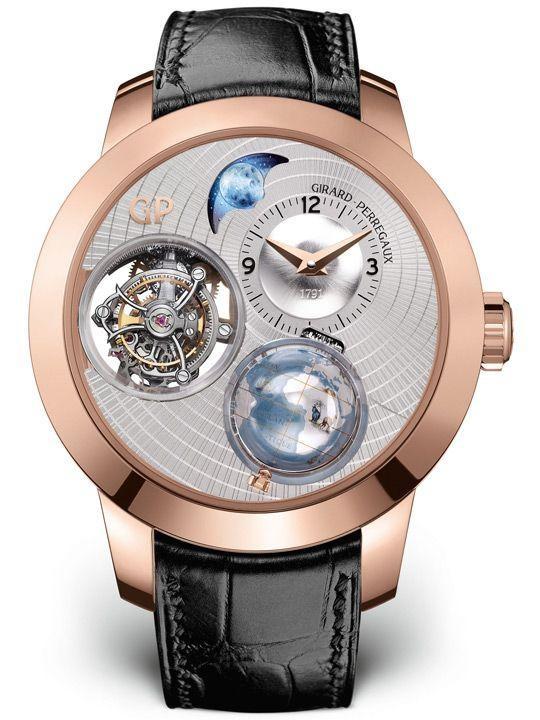 A planetarium is a device that displays or models the planetary system. It’s believed that mechanical clocks in Europe started out as these in the 14th century – clocks weren’t half as precise to tell the time, but for marking rough positions of visible planets to order public events, their margin of error was acceptable.

This year, the Girard-Perregaux Tri-Axial Planetarium nudges the concept further. Its triple-axis tourbillon and case details warrant separate articles, but for now, the ‘planetarium’ here is a hand painted aluminium globe that rotates on a 24-hour cycle, visible front and back to show day/night hemispheres in real time. It’s also complemented by a gorgeous astronomical moonphase.

The full version of this story first appeared in the June 2017 issue of CROWN magazine. To subscribe to our print and/or digital versions of the magazine, click here.