"There's a niche to be filled by David where Goliath cannot or will not."

In our new series of interviews with Singapore microbrand owners, we ask them to tell us about the challenges and misconceptions associated with running a watch microbrand. Here, Naoki Tsukumo of Gruppo Gamma tells us why he thinks the future looks good for microbrands.

I consider Sinn to be the forefather of all microbrands. Just like how there isn’t a straightforward definition of what a 'microbrand' is, I don't think we can say definitively when the concept of microbrands first came about. Sinn was founded in 1961 and they sold their watches directly to customers—a business model I consider essential to the definition of microbrand.

The novelty factor is high. Compared to mainstream brands, we produce watches in small quantities and typically operate ‘under the radar’. Because our watches are rare and aren't targeted at the masses, I think there is a potential market with watch collectors and aficionados. When sharing their ownership experiences, our customers often speak about the excitement they feel when they spot fellow watch owners ‘in the wild’. 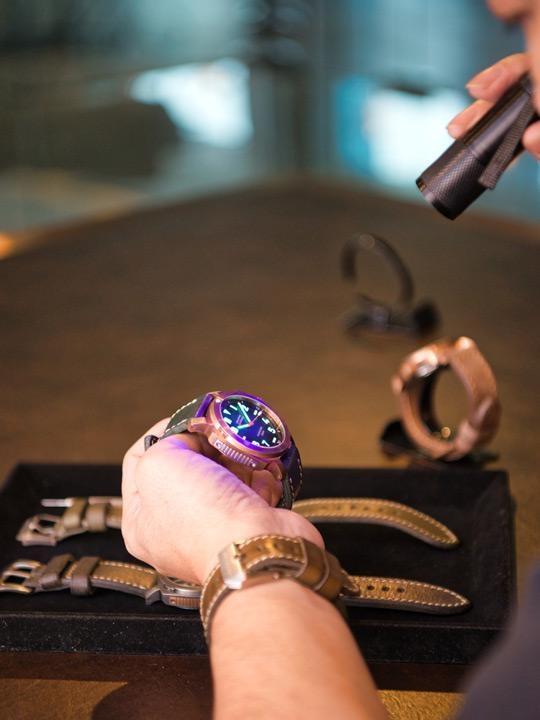 Singapore consumers are internet-savvy. That's a big plus for us, although I do get the impression, from time to time, that some mainstream watch collectors tend to shun new and local brands. More often than not, though, I'm encouraged by the strong show of support from fellow Singaporeans.

Many people have a misguided notion that microbrand means cheap. They think that a microbrand watch should not be priced at much more than the sum of its parts. While we typically represent good value for money by bypassing traditional distribution channels, because of our low production volume we don't enjoy scale efficiencies like many bigger mainstream companies do.

Detractors say microbrand watches don't hold value over time. They also feel that longer-term serviceability will be a problem. This is gross generalisation. I can only speak for our brand but in the resale market it's not uncommon for our watches to be sold above retail prices; in fact I'm aware that one of our watches was traded at three times the retail price. Also, because we only use tested and proven movements and take a life-cycle approach, concerns regarding long-term serviceability are undue.

The future is bright. That’s provided we keep our eye on the ball. Gruppo Gamma is here for good and we want to help put Singapore on the world map, in our small (micro) way. There’s a niche to be filled by David where Goliath cannot or will not.