The first of a two-parter – the other featuring women’s watches, natch – we present these awesome tickers for gents that made us wished we spent more wisely last year. 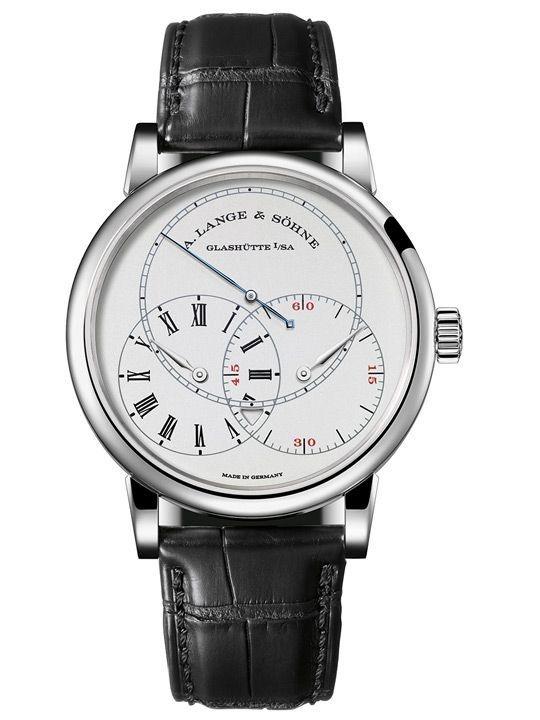 See the seconds counter taking center stage? It ticks at precise, one-second intervals. Although this doesn’t sound like a big deal, it actually is. This is known as a jumping seconds complication, a homage to vintage pendulum clocks appreciated by details-obsessed collectors.

But that’s not even half of it. The jumping seconds is part of an even greater technical innovation – the constant force mechanism, which you can read more about here. This one from Lange is a breakthrough, allowing the mechanism to load up and release energy in exact and undulating one-second pulses for optimum precision. As an added bonus, the watch has an indicator at the middle, which switches from white to red when the watch has less than 10 hours left on its reserve, to remind the owner that it’s time to wind it up.

We know, this watch doesn’t look like much until you get into the nitty gritty of things. But that is also when watch lovers find out how much ass Lange kicks beneath that cool, stoic Saxonian deameanour. 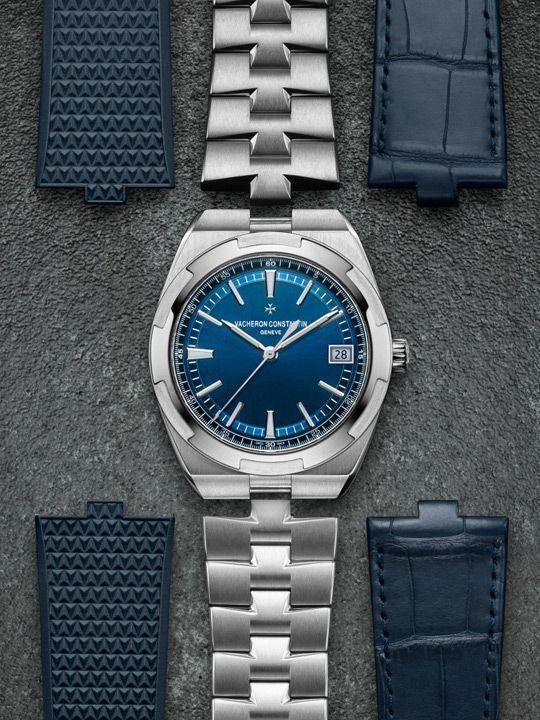 Introduced in 1994, the Overseas watch has its roots in the 222, created in 1977 to commemorate Vacheron Constantin’s 222th anniversary. In a wider context, the 222 – and by association, the Overseas – ought to be ranked alongside the likes of Audemars Piguet’s Royal Oak, IWC’s Ingenieur, and Patek Philippe’s Nautilus as one of the ‘Big Four’, which emerged from the 1970s to spearhead the now-ubiquitous ‘luxury sports watch’ category.

After playing bit roles in past decades, the Overseas returns to the spotlight a little trimmer and more elegant. There is a slew of new models, including chronographs and ultra-thin perpetual calendars. Our favourite, though, is this unfussy stainless steel piece with blue dial showing just the time and date.

Manly, casual elegance aside, the watch is truly loaded with impressive features. Such as a new in-house automatic movement, the Calibre 5100; soft-iron movement case for antimagnetic protection (a remnant of the 1970s original); proprietary quick-switch system to change from bracelet to strap at a snap; and the cherry on the cake, Geneva Hallmark certification, accorded only to 0.008% of all Swiss watches produced annually. Muscular, mature and dashing, this is nothing like the over-compensating sports watches that some many men seem to favour these days. 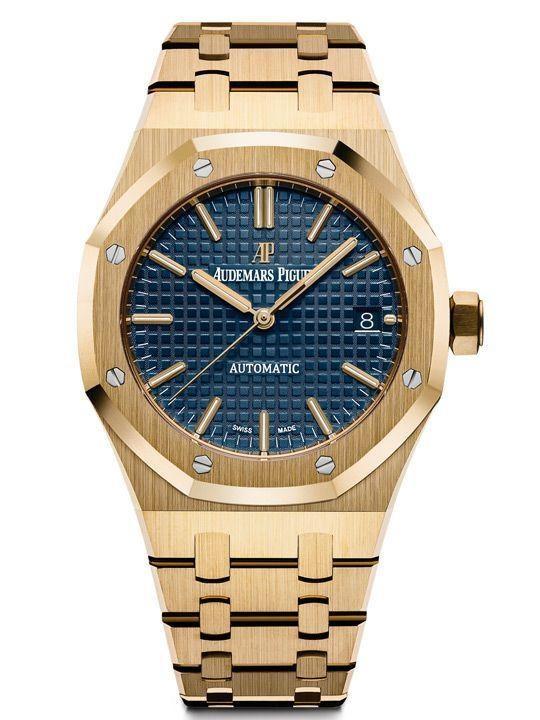 Ok, first things: don’t judge. We know how easy it is to hate on the Royal Oak, much like the horological equivalent of that once-underground indie band that has become too big, playing sell-out arenas to the chagrin of purists. And as if it wasn’t enough to be massively popular, the Royal Oak now has to turn out in baller-mode yellow gold?

There are fair number in our midst that would baulk, we are sure; thinking that it’s too crass or too commercial a move to make. But here at CROWN, we love the irony of it all: a steel watch once derided as too expensive (3,200 Swiss francs when it was launched in 1972), only to become a flag-bearer for luxury sport watches, now flipping the bird at past detractors who tried to put high-end watchmaking in a box.

That said, we are not too ahead of ourselves to recommend a perpetual calendar or chronograph option – that would be too much. Instead, the self-winding models (silver-toned or navy dial are equally appealing) just about do it for us. The watch’s iconic design, now sheathed in boss-favoured metal, is more than enough to speak for itself. 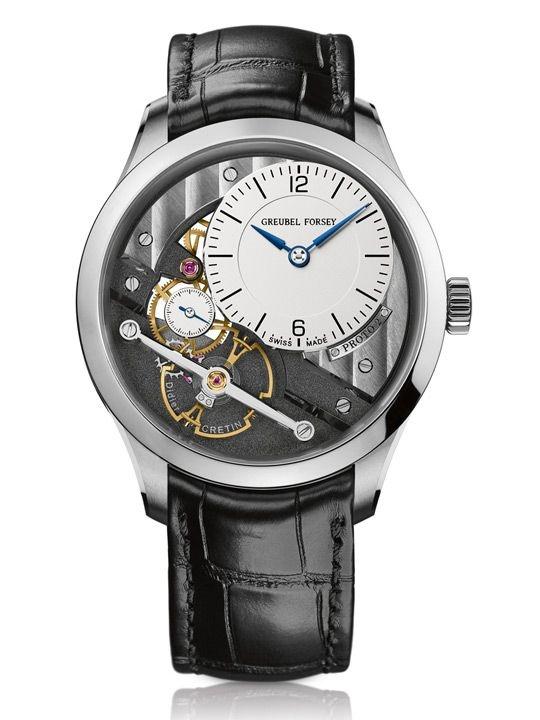 Despite the massive workload and pressures that one imagines be on Greubel Forsey’s shoulders, the independent marque finds time to partner famed master watchmaker Philippe Dufour, on the self-financed ‘Le Garde Temps – Naissance d’une Montre’ project, with the aim of passing on traditional handcrafted watchmaking techniques to future generations of watchmakers.

It is from this project, which produced its first entirely handmade watch without the aid of modern machines, that the idea for the similarly hand-hewn Signature One was conceived. From a technical standpoint, it is Greubel Forsey’s most ‘basic’ watch: a manually wound three-hand ticker with hour, minute and second hand. (Also, with a starting price of 149,283 Swiss francs, the Signature One costs almost half of the average Greubel Forsey watch.) But everything else about the watch is far from simple.

Take for instance, the Signature One’s purity of form, anchored by a specially designed balance wheel; or the exceedingly fastidious hand-finishing, some of which like the hand-worked Geneva stripes on the movement plate, which require the decorator to relearn traditional techniques. Co-founder Stephen Forsey and the watch’s creator, watchmaker Diedier Cretin, call it “expressing complexity through simplicity”. In other words, a labour of love. 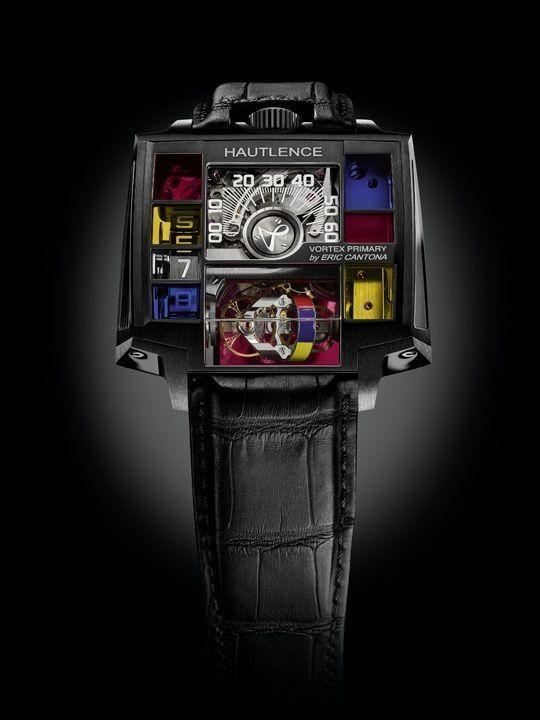 Although it is billed as an Eric Cantona-plus-contemporary art piece (the ex-Manchester United star has been taking a shine to horology and especially Hautlence, which promptly enlisted him as ambassador and sometimes collaborator), the Vortex Primary should be seen to be more than a mere celebrity-fronted timepiece.

A variation of the steampunk-style, deconstructed time-telling concept that Hautlence made its name with back in 2015, the Vortex Primary takes the brand’s trademark movement that features a jumping hour train and retrograde minutes, flips it 90-degrees (like last year’s Vortex), and clads it in a superlight titanium case comprising 19 glass planes, some of which feature the three primary colours red, yellow and blue (now you get it?).

Limited to 18 pieces, the colours and stained glass-style execution recalls a Mondrain artwork – not surprising considering that Cantona, who helped design the watch, is an avid art collector. The art-meets-horology Vortex Primary is loaded with presence that is divisive and quite frankly, neither for everyone, nor will it rate on many best-of lists. That said, here at CROWN, we are fond of watches that challenge the status quo a bit. And this unusual ticker does just that nicely.