We celebrate the legacy of the maverick horological visionary. 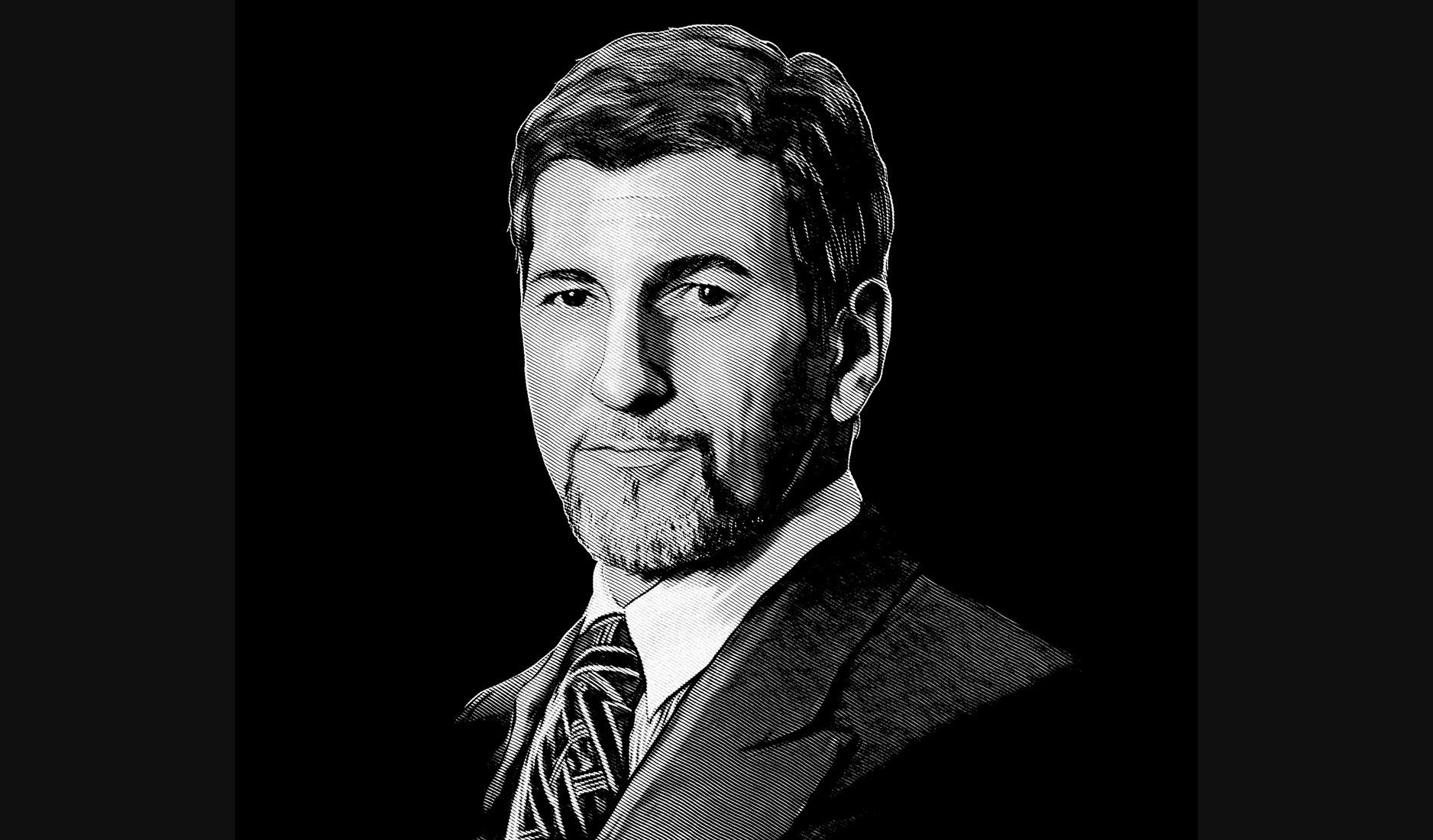 One can only imagine what greater impact Günter Blümlein would’ve had in shaping modern watchmaking if he was still alive today. A true modern-day watchmaking visionary and strategist, Blümlein - the chief architect behind the revival and successful of A. Lange & Söhne, Jager-LeCoultre and IWC Schaffhausen - passed away 20 years ago this month, at the age of 58.

The dominance and esteem of these three brands today, once challenged by the uncertainties of the quartz crisis but have since emerged to be among the most coveted names in luxury horology, owe a significant debt to Blümlein, who helped engineer their modern-day renaissance with his business acumen, marketing smarts, infectious ambition and, most of all, big-hearted personality. Indeed, many industry veterans and watch scribes of a certain vintage have also often wondered if Bümlein would have been more celebrated if he has not passed at a time when online horological content was still at an infancy and social media as we know it had yet to exist.

Certainly, watch historians will record his work and legacy as among the most instrumental in impacting the way luxury watches are conceived and consumed today. At CROWN, we celebrate Blümlein with this timely primer to life and salute legacy, without whom we, too, wouldn’t have been what we are today.

HE STARTED AS AN OUTSIDER
Günter Blümlein was not a ‘watch guy’ to begin with. Unlike many industry players in the upper echelons of management, especially in Switzerland and Germany, who are associated with the trade by way of familial ties or geographic proximity, Blümlein was born in the industrial city of Nuremberg and studied precision engineering. His entry into the watch industry came by the way of the Diehl Group, a German industrial conglomerate, which at that time owned the watch brand, Junghans. Blümlein was appointed the manager of the Group’s watch division and tasked to restructure the watch branch – a job that he turned out to be outstanding at. 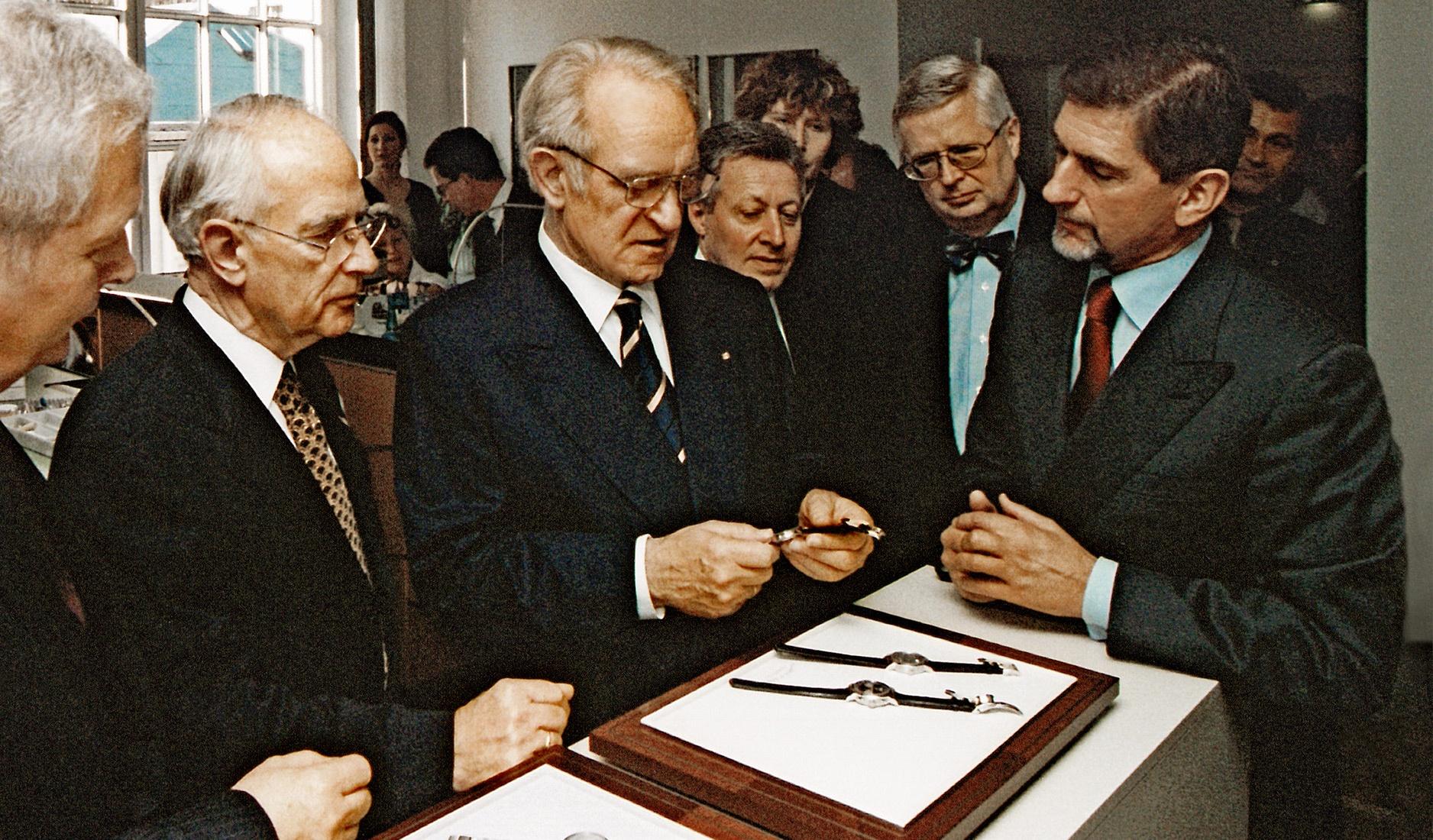 Günter Blümlein (far right) engaging collectors at the re-launch of A. Lange & Söhne in 1994

RESTRUCTURING AND RESURRECTING ARE IN HIS DNA
A man is said to be shaped by his environment. Born in Germany during World War II, it is fair to say that Blümlein’s formative years there had opened his eyes to hardship and strife, as well as the promise and hope of rebuilding and growth from the rubble of devastation. Having witnessed both harsh realities and experienced the miracles of restoration, there is no doubt Blümlein’s knack for being extremely logical and forward-thinking in equal measure had been influenced by where and how he grew up.

FIRST WAVE AT IWC AND JAEGER-LECOULTRE
Following his time at the Diehl Group’s watch division, Blümlein joined VDO Schindling AG, a German company that specialised at the time in speedometers and car instruments. In 1978, VDO acquired IWC and Jaeger-LeCoultre, and Blümlein was responsible for managing both brands under VDO’s subsidiary called ‘Les Manufactures Horlogères’.

At that time, IWC and Jaeger-LeCoultre (and indeed, the majority of traditional Swiss watch brands) were reeling from the effects of the proliferation of cheaper and more accurate quartz watches from Japan. Faced with reviving these crisis-hit brands in an industry that many thought to be a dying one, Blümlein enacted a series of strategic business restructuring, product overhauls and progressive marketing initiatives for both brands.

More pertinently, in 2000, he was a key negotiator in talks that led to the Richemont Group acquiring the brands under 'Les Manufactures Horlogères’ that included Jaeger-LeCoultre, IWC and A. Lange & Söhne. For all of these and more, Blümlein not only rebuilt these brands from ground zero to revive them to their former glories, in a wider context, he was hailed as an instrumental figure in helping the mechanical watch industry turn the tide. 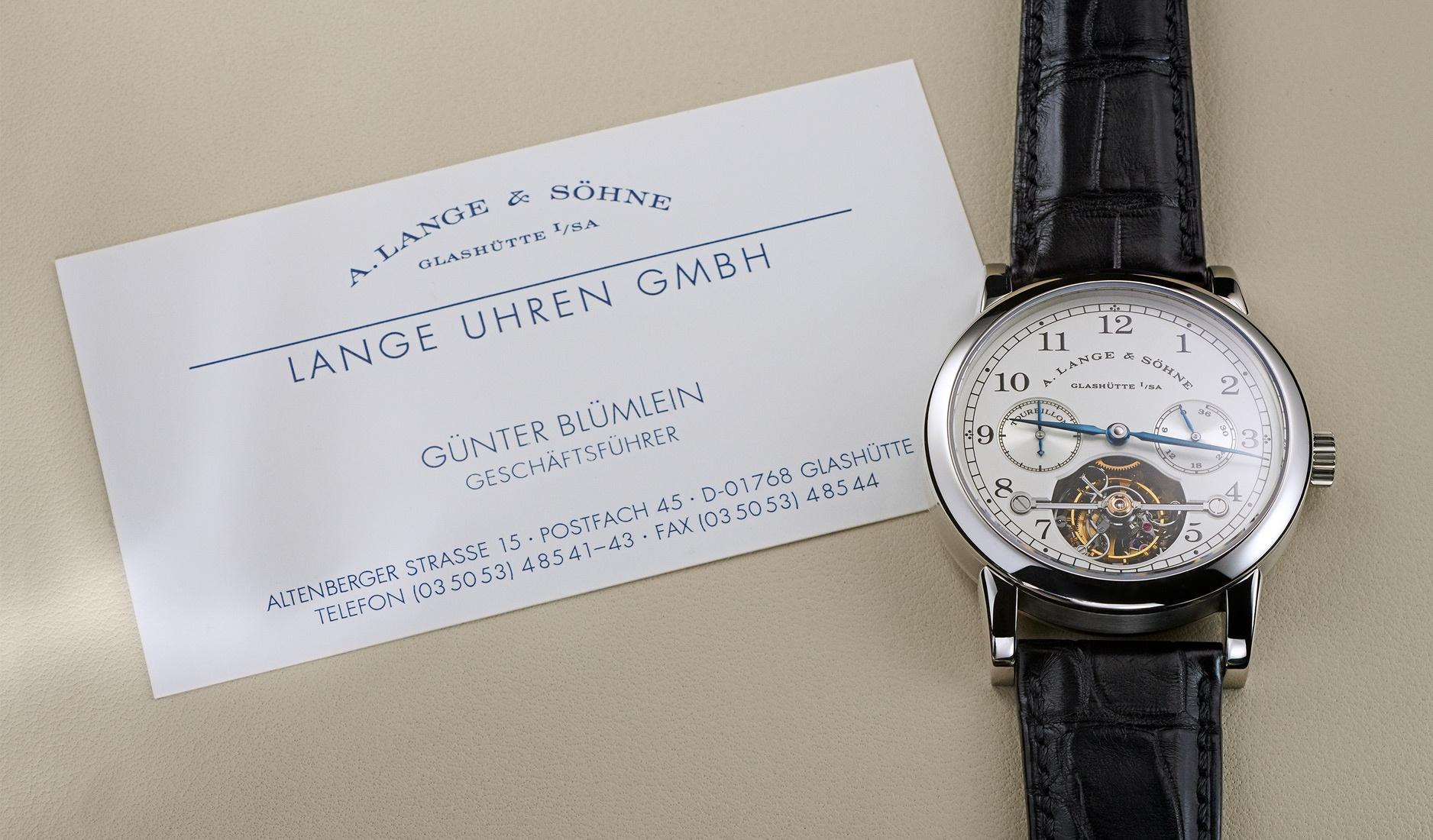 Blümlein's namecard and the A. Lange & Söhne Tourbillon 'Pour le Mérite', one of the watches that premiered at the brand's 1994 relaunch

KINDRED SPIRIT WITH A. LANGE & SÖHNE
Of the brands that Blümlein had worked on, A. Lange & Söhne remained the closest to his heart for the belief he had for the brand, as well as his close relationship with Walter Lange, the great-grandson of the company’s founder. Together, both men sought to reinstate Lange to the position the Glashütte-based brand held before the devastation of World War II - a highly respected and globally recognised German watch brand appreciated by aficionados the world over.

“A Lange watch is a complete work of art. It combines the watchmaker’s passion for mechanisms and craftsmanship with the inimitable style of the brand and its rich history,” said Blümlein. “As a newcomer, we cannot afford the slightest weakness. Our products must be perfect, down to the tiniest detail.”

This succinct expression of his philosophy and belief underscored the rebirth of A. Lange & Söhne in 1994. His and Walter Lange’s shared vision was further crystallised by key collections and indelible designs that not only relaunched the brand to instant acclaim, but defined the blueprint for the company for decades to come.

“He had a virtually unrivalled gift for convincing the people who worked with him of his ambitious goals and inspiring them to pursue the same aims,” said the later Walter Lange of Blümlein. Evinced by the brands that have outlived him, Blümlein, even after passing on, continues to inspire the same aspirations for excellence. 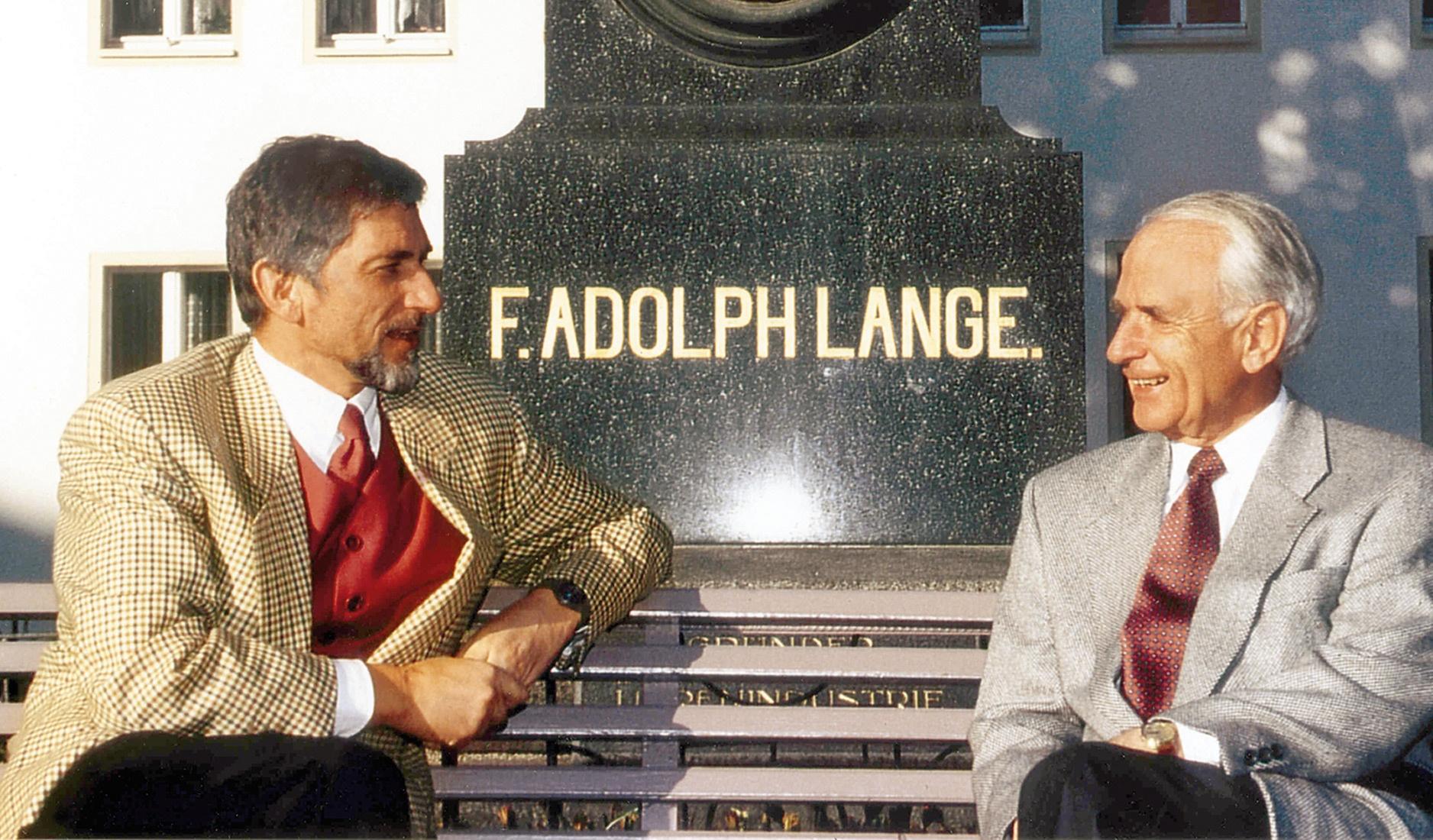