Ready To Buy A Pre-Owned Watch? 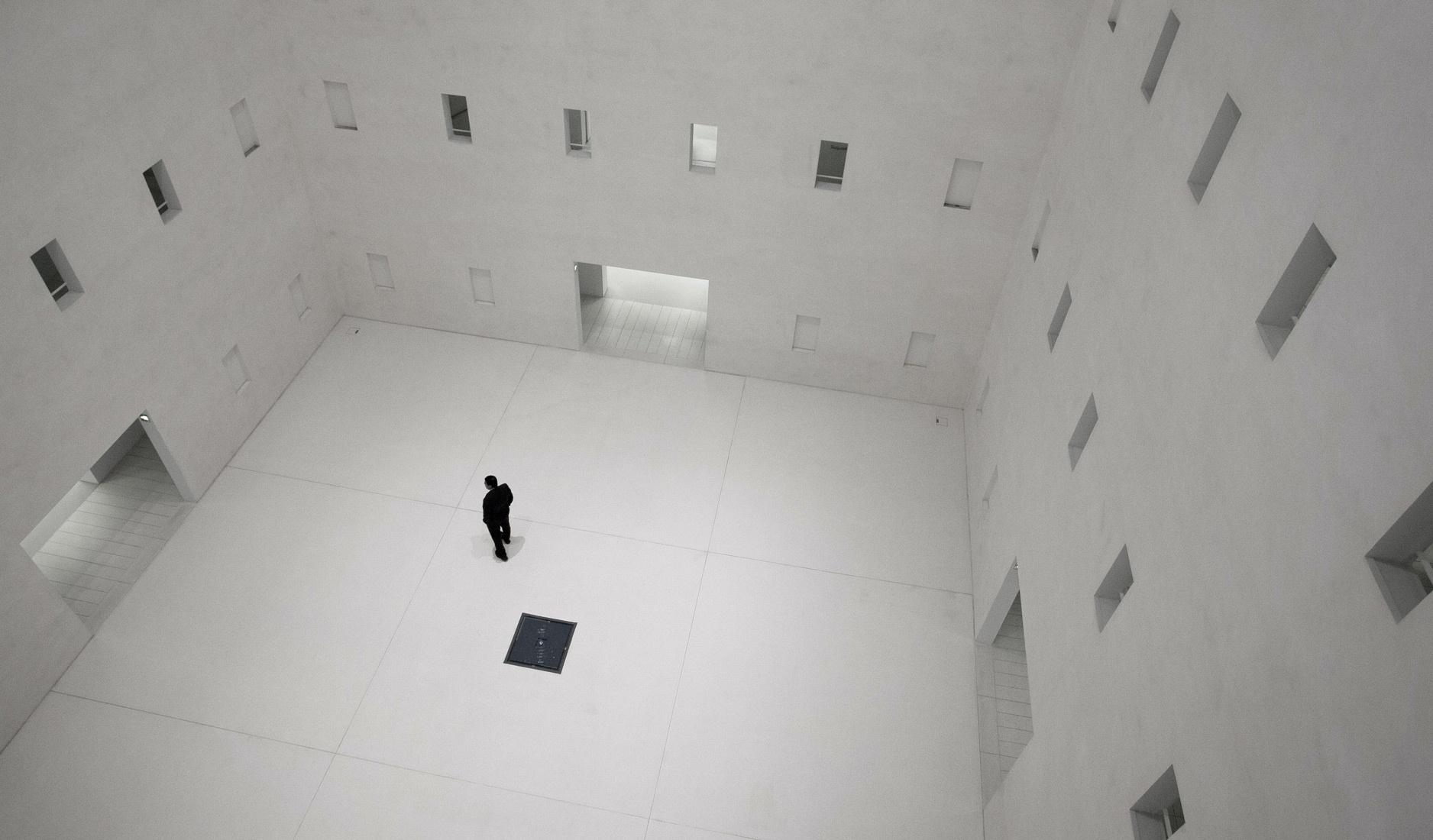 Like the proverbial white elephant in the room, the pre-owned watch trade has always been an integral but under-acknowledged part of the multi-million watch industry by the industry’s powers that be. And for fully justifiable reasons, too. Factors such as the commercial cannibalisation of current collections and the impact of price depreciation of older models on customers’ decisions mean that, for most parts, watch brands would rather shun the pre-owned market and its ostensibly roaring trade. After all, for watch companies to acknowledge the price differences and popular demand as presented by the pre-owned sector would be too much of a conflict of interest – and too messy to integrate into a brand’s marketing and retail strategies. 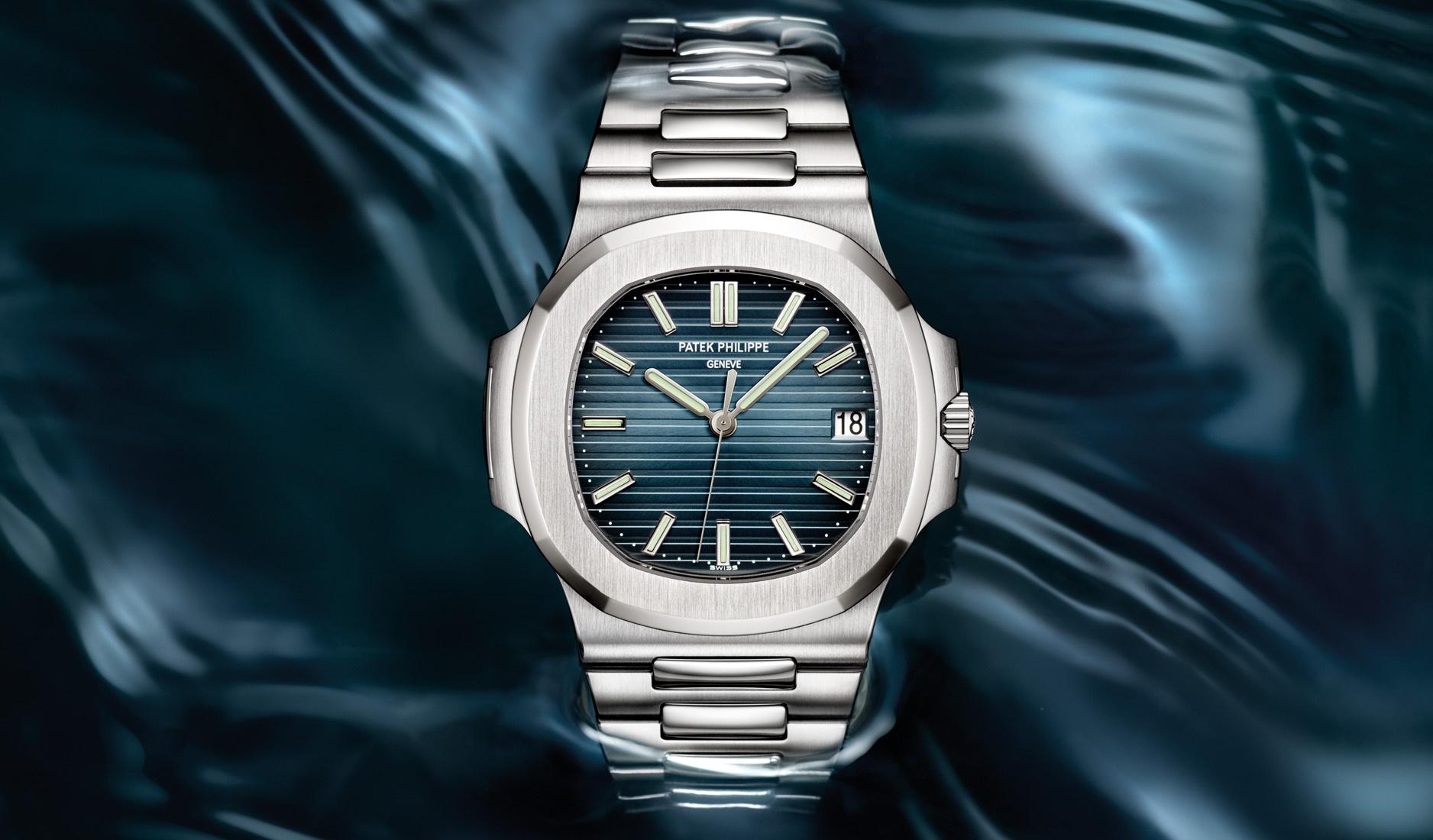 Yet, the pre-owned watch trade continues to thrive, even more so today than ever before. And it is a business that has probably existed since the first timepieces were made. One owned a watch and, when the time came that he decided that he didn’t want it anymore, sold it to someone who desired it. But what has changed about this trade, with its system of a middle man to buy, assess, and finally sell for a profit, is how it is being conducted, and by whom. For generations, it has been dominated by independent brick-and-mortar businesses. In the past decade, however, this started to see a shift in demand and mindset, thanks to the proliferation of e-commerce and social media use.

Online, Onwards
While the notoriously reactive watch industry was slow to warm up to online retail, the pre-owned watch trade proved to be the opposite of that. There was vibrant trading of used watches even during the early day of the Internet via watch forums, chat groups and pioneering e-commerce sites like eBay. Certainly, those early ‘Wild West’ days of e-commerce were not easy to navigate. While spotting a coveted watch on the secondhand market at a fraction of the retail price is tempting, the unregulated minefield of online watch shopping back then also meant that the chances of purchasing a counterfeit or, worse, a stolen product, are high. Ditto watches with questionable origins or ‘Frankenwatches’ built with parts from other watches. 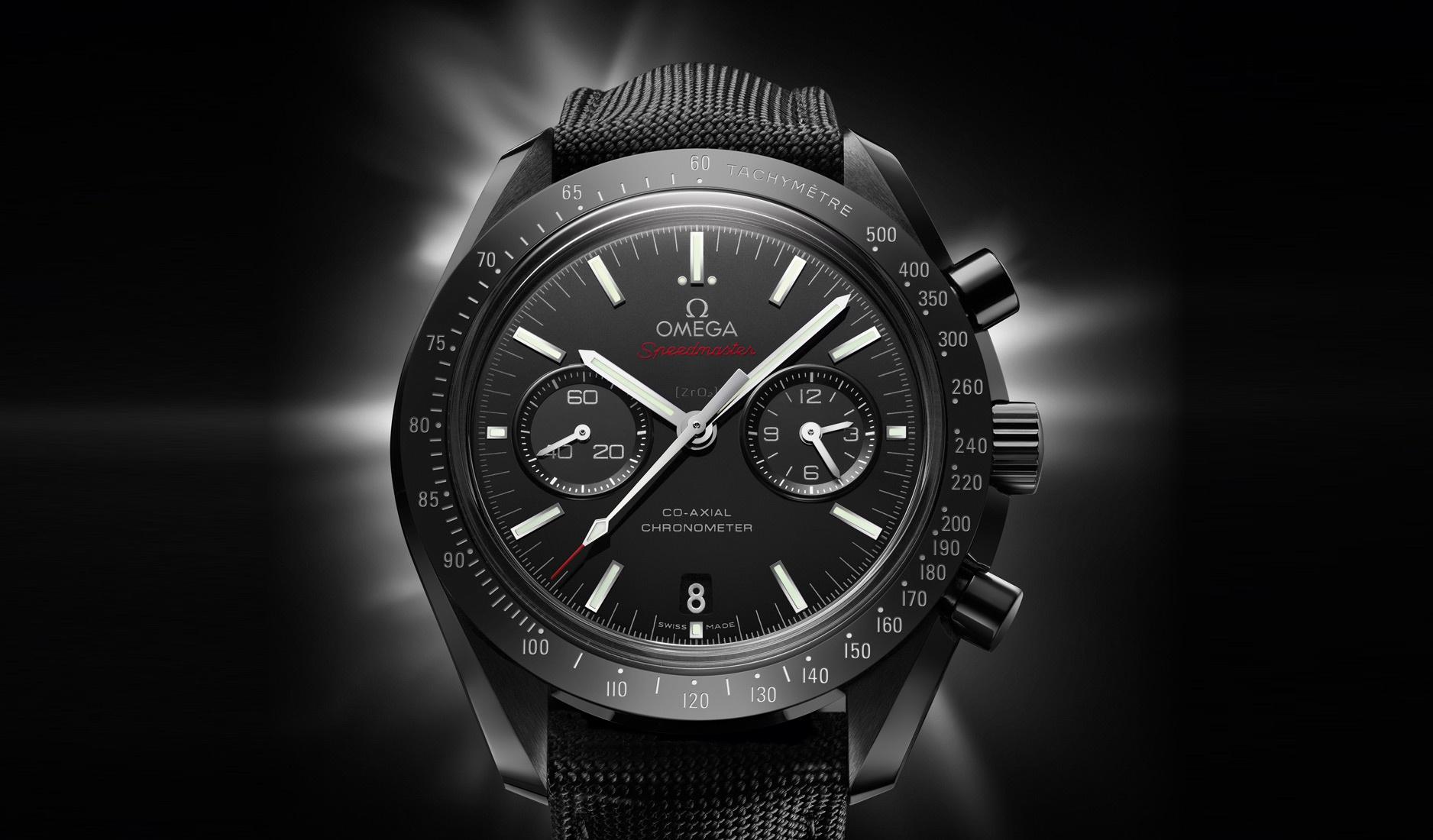 Omega Speedmaster ‘Dark Side Of The Moon’ from 2013

But as online-driven demand started to grow in tandem with more informed and diverse watch communities, the e-commerce platform soon evolved to accommodate new business models, innovative retail portals, increasingly bold players and, most pertinently, stronger safeguards. Today, besides e-commerce giants like Amazon and eBay, there are specialist platforms for pre-owned watches. Some popular websites include Chrono24, The RealReal, and WatchBox. The latter, for instance, lends a great deal of clout to its proposition, founded in late 2017 by watch industry veterans Danny Govberg (of Govberg Jewelers), Justin Reis (ex-finance executive) and Tay Liam Wee (formerly of Sincere Watch Ltd). As modern marketers would like to call it, WatchBox appears to offer a 360-solution. Apart from its solidly structured sales portal and inventory said to be worth between US$80 and US$100 million, the company also offers expert analysis via its own YouTube channel, as well as stringent checks with in-house watchmakers for more quality control and assurance to customers. 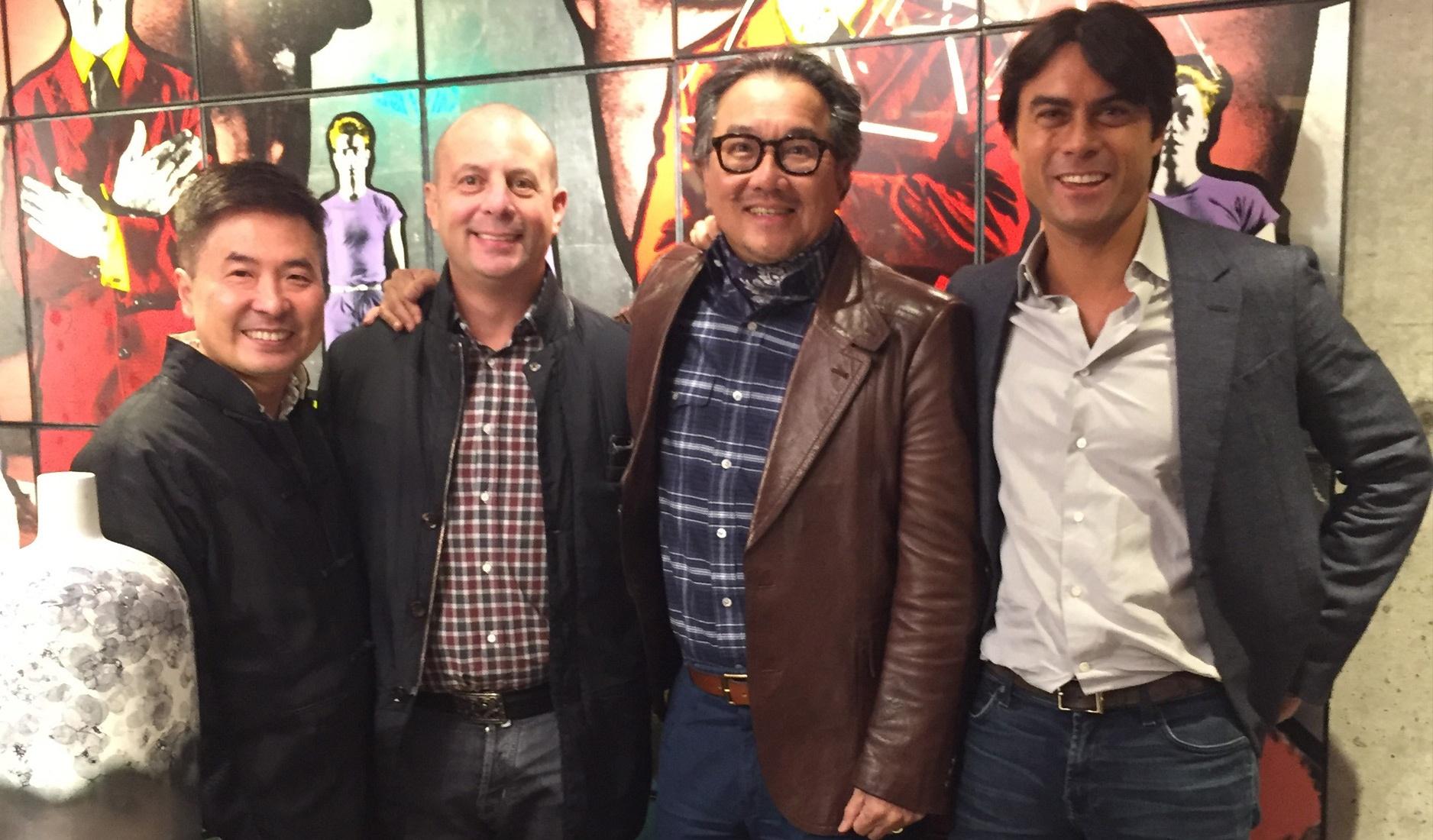 Legit Now?
But perhaps the most significant development in the pre-owned business is its increasing legitimisation; a knowing nod to its existence and influence by the very same watch companies that wouldn’t have touched it with a 10-feet pole just years ago.

François-Henry Bennahmias, CEO of Audemars Piguet announced in a 2018 Reuters interview that “secondhand is the next big thing in the watch industry”. Although he did not provide details on the pricing of pre-owned watches, he suggested that it is ”an aberration, commercially speaking” that others but the brands themselves are selling their own pre-owned watches. 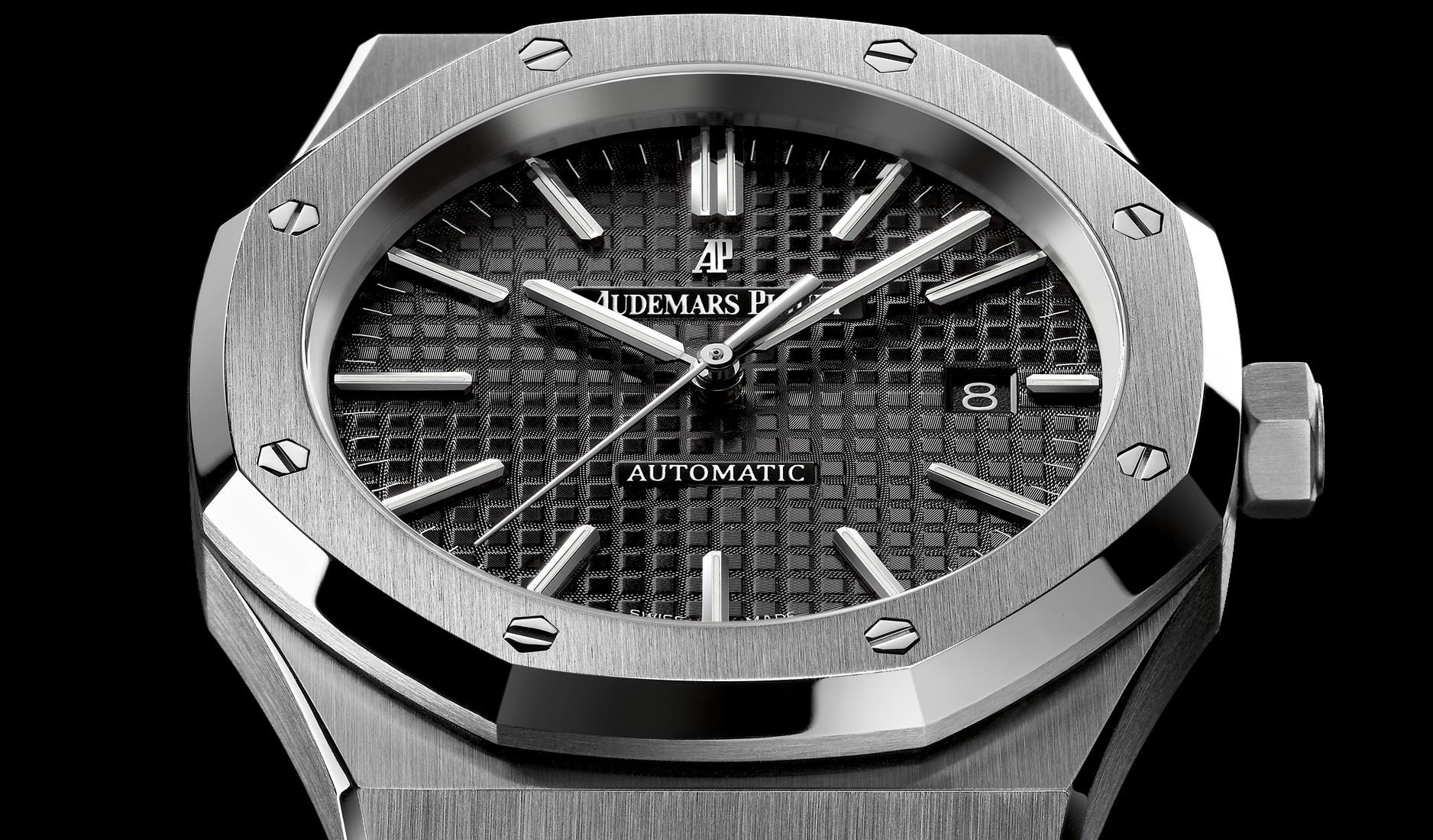 Indeed, since 2019, Audemars Piguet has begun offering customers the option of trading in their Audemars Piguet watches as part-exchange for new ones. They then service these pre-owned watches and put them up for sale. Just a year earlier, the Richemont Group, parent conglomerate of brands like Jaeger-LeCoultre, IWC and Montblanc, acquired UK resale watch retailer Watchfinder.com as part of its online expansion business.

Another company tapping onto the secondhand market is Vacheron Constantin, albeit with a focus on vintage watches. The brand sources for its own watches for refurbishment and sale, mostly from the 1910s to the 1970s, from auction houses and through personal contacts with private individuals. 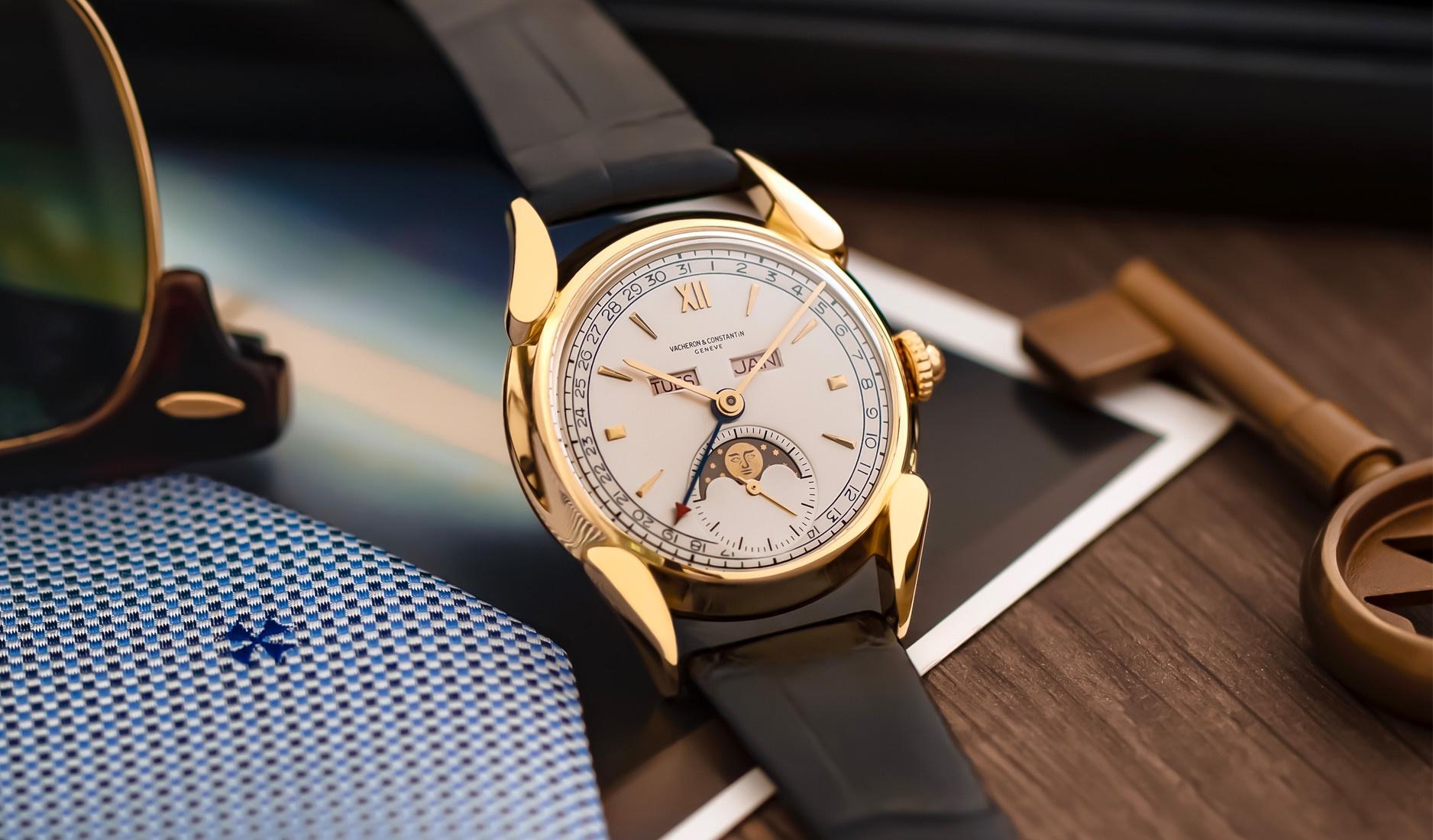 “We observed an increased interest and a trend towards vintage watches. So in 2017, Vacheron Constantin decided to develop a full concept around this offering,” says Christian Selmoni, the brand’s style and heritage director. “While some vintage watches were already offered for sale in selected Vacheron Constantin boutiques, we re-structured this offer into a full experience for clients, collectors and connoisseurs.” 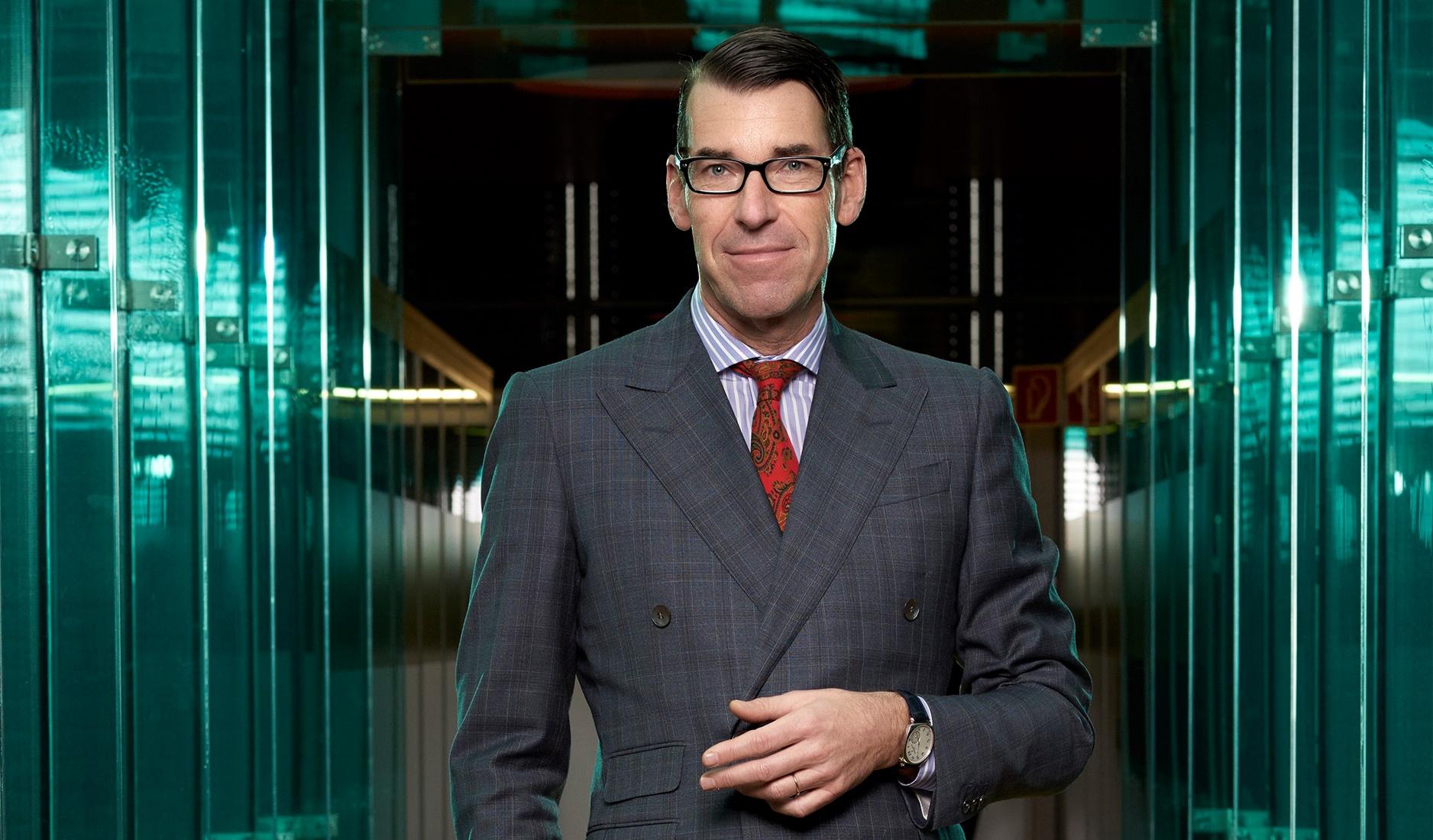 Vacheron Constantin christened this selection ‘Les Collectionneurs’. Procured via a stringent process, the brand first authenticates the watches’ reference to their in-house archives, categorising them by serial number. Then, the watch undergoes a technical assessment by in-house watchmakers to determine the restoration work required. Each timepiece will be accompanied by a certificate of authenticity and a two-year guarantee.

“In the two years since its launch, we have received a fantastic reception from the public, and our clients for ‘Les Collectionneurs’. (Besides sales), the collection offers us the possibility to share and discuss our watchmaking traditions and their ability to transcend the passage of time,” adds Selmoni.

Watch collector Cheng Chye Peng, who bought a rare vintage Vacheron Constantin ‘Crab’ Reference 4659 that was made in 1952 from the ‘Les Collectionneurs’ at the Vacheron Constantin boutique in Singapore, tells us that provenance was a huge deciding factor. “I like the brand assurance that comes with its authenticity certificate. This assured me that the watch is authentic, and it was serviced in the brand’s manufacture. I don’t have to worry if the watch or some of the parts are not genuine,” he says.

And it’s not just the heavyweights that are muscling in on the pre-owned game. Independent brands like F.P. Journe and MB&F have also introduced pre-owned programmes where customers can buy secondhand watches with the necessary warranties.

“We’ve always believed that a strong brand is a brand which has a strong pre-owned market,” says Charris Yadigaroglou, MB&F’s chief communications officer. “We’ve been doing everything we can to help the MB&F pre-owned market. For example, by offering free servicing and an extended warranty to pieces sold at auctions, or collaborating with qualitative and trustworthy third-party pre-owned platforms.” 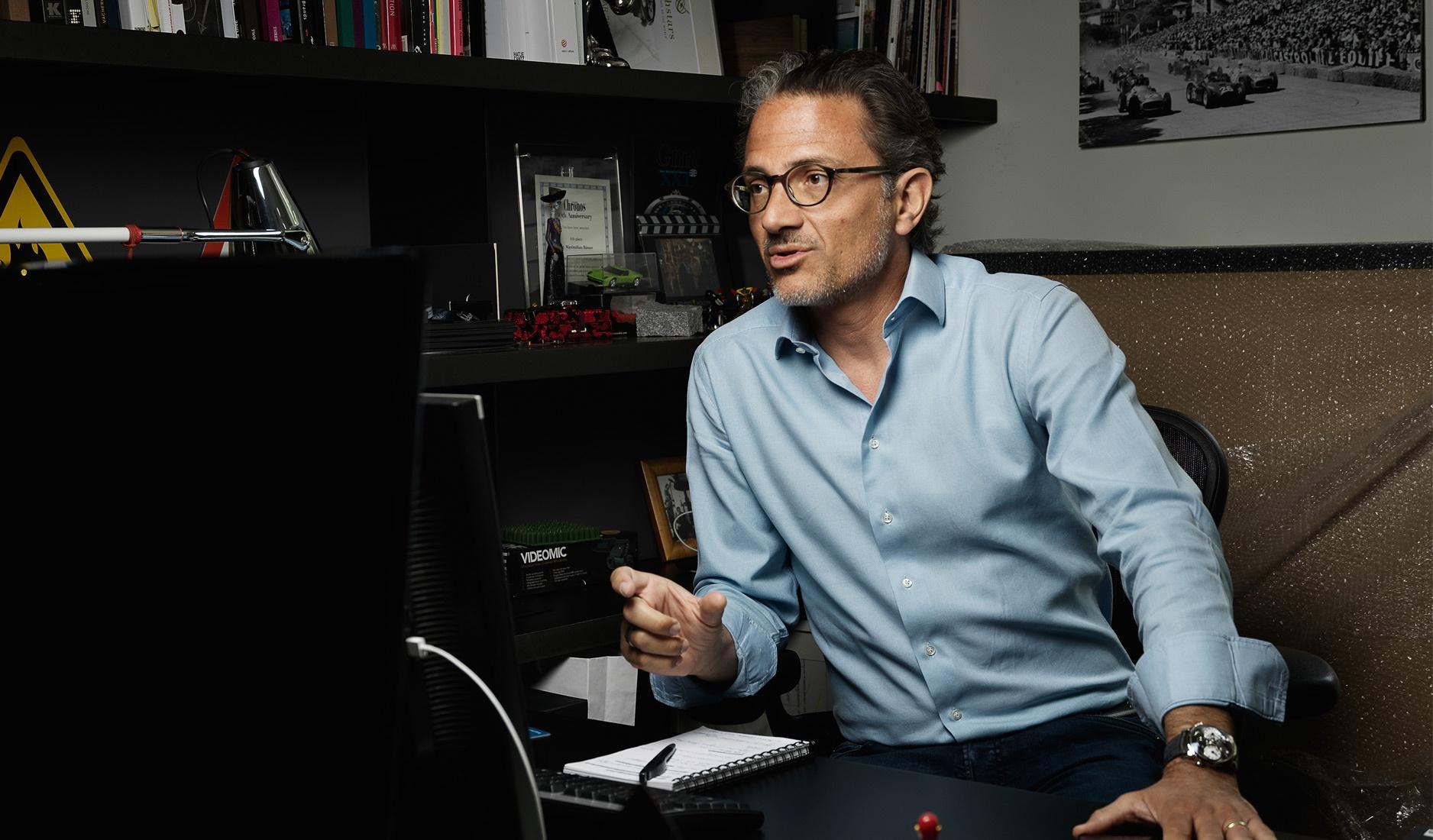 Yadigaroglou adds that his company’s ‘Pre-Owned Chapter’ doesn’t compete for business with authorised dealers as it only offers pieces that are already off the market. “We sell only pieces which are sold out, and you cannot find at our retailers,” he says. “These pieces come mainly from collectors, but could potentially also come, for example, from auctions.” 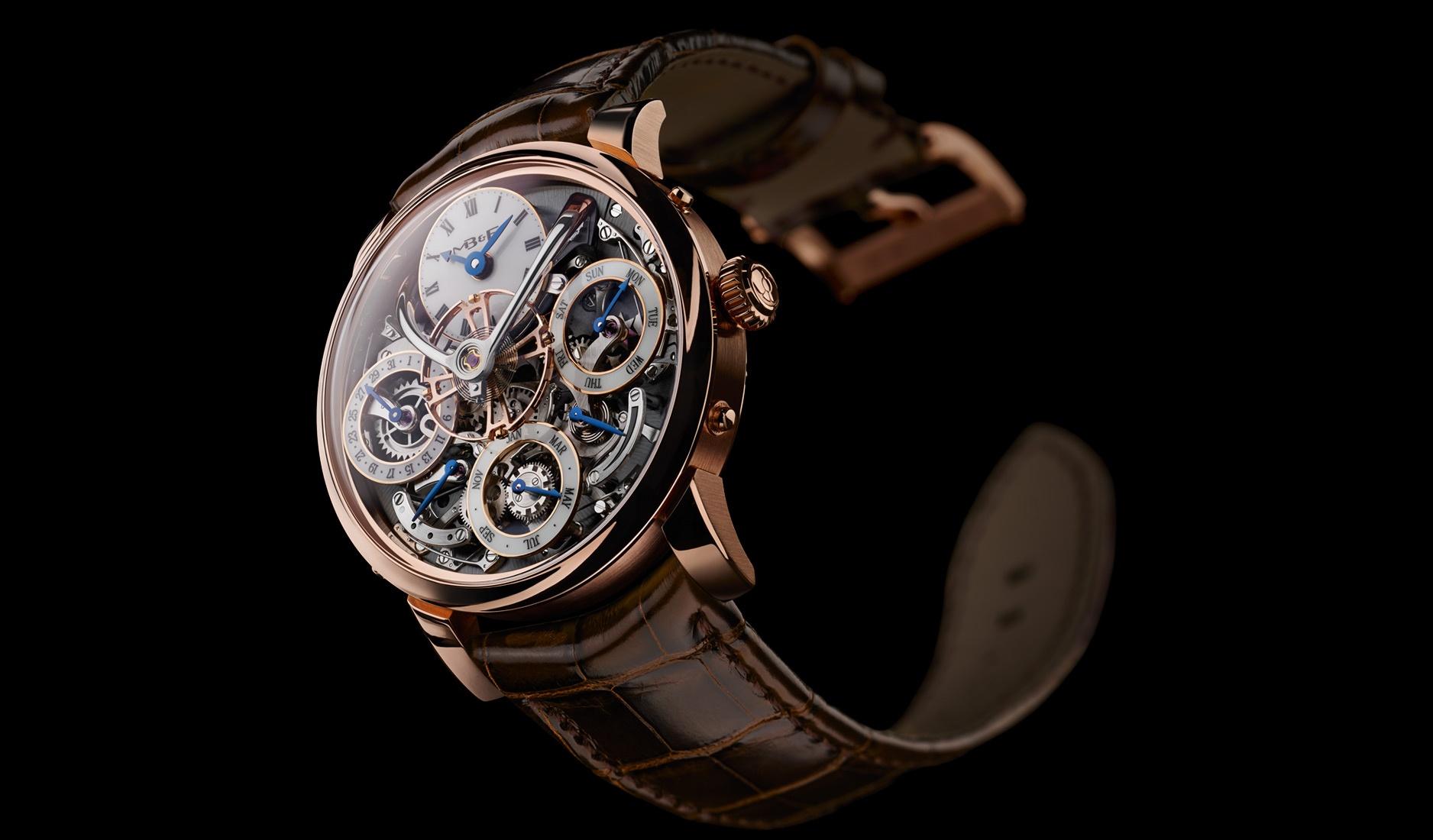 While all companies, whether pre-owned businesses, authorised dealers or brands themselves, profess to a customer-first ethos, there is also one simple reason that the tide is turning in favour of the pre-owned market: there’s good money to be made. In 2019, European financial consultancy Kepler Cheuvreux puts the global market for used watches at approximately US$5 billion with an estimated growth of five per cent a year. With the export of new luxury watches on the decline, surely the opportunities are too obvious to pass up. And if the pre-owned trade really takes off – meaning that it evolves to become a full-fledged, multi-player business pitting pre-owned sellers against the brands or even authorised retailers – watch hunters will truly be in dreamland.