The definitive timepiece for space explorers. 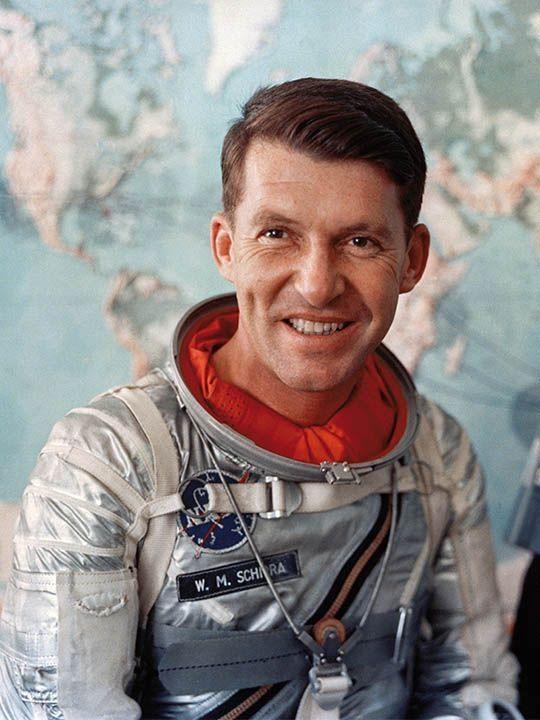 The Omega Speedmaster first made its way to space in 1962 when astronaut Walter Schirra (above) took his second generation Speedmaster (Ref. CK2998) on the Mercury-Atlas 8 (Sigma 7) mission. Later, when NASA astronauts decided they needed an official wrist chronograph for space missions, a number of watches were selected and put through vigorous tests, subjecting them to extreme temperatures, pressure levels and even noise levels of up to 130 decibels. Only the Speedmaster survived. It’s now used in all of NASA’s manned missions.

THE ORIGINAL “MOONWATCH” LAUNCHED BEFORE THE MOON LANDING 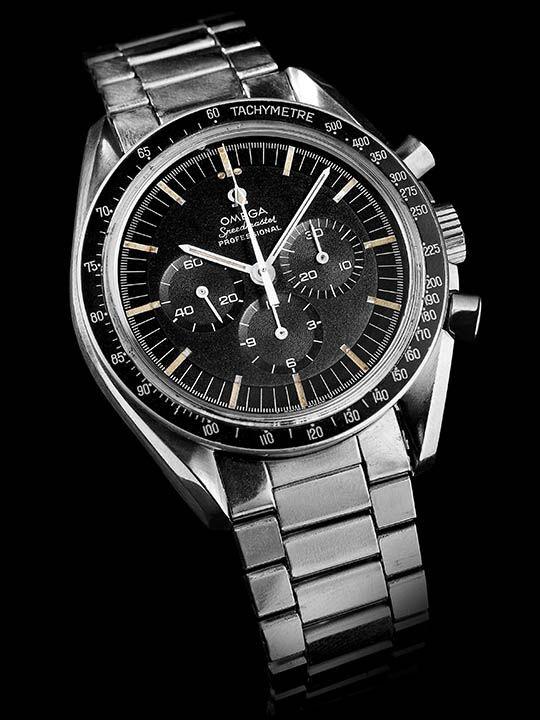 Known as the fourth generation Speedmaster Professional, this model was launched in 1964 and was the first to feature an asymmetrical case with a slightly enlarge right side to boost protection. This later became a signature of the Speedmaster. The model was also the last to utilise Omega’s calibre 321, which was used in all six lunar landings till the final one—Apollo 17.

GEORGE CLOONEY IS A FAN 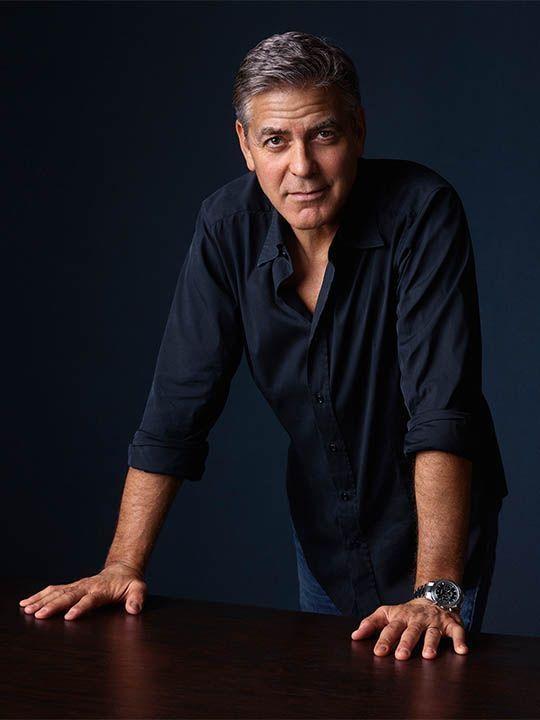 An avid space fanatic, Clooney remembers running out to see if he could spot the men on the moon when they landed in July 1969. In fact, both his father and uncle owned Omega timepieces because of the reputation the Speedmaster had as the first timepiece to make history on the moon. “Our whole lives revolved around space, and Omega was the watch that went to the moon,” Clooney revealed. Today, he remains one of Omega’s key ambassadors thanks to their shared love for space exploration. 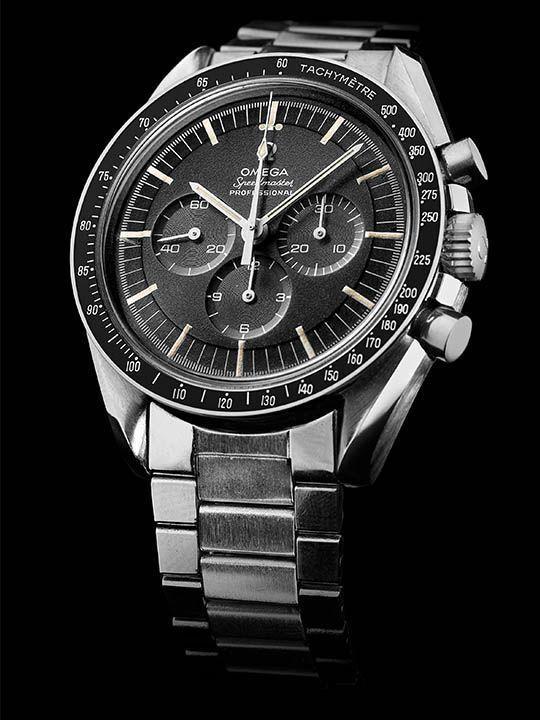 That’s how much Apollo 17 astronaut Ronald Evans’ Omega Speedmaster (identical model above) was auctioned for in 2015. The buyer? Omega Museum. The model was the Ref. 145022-69ST, manufactured in 1970 and engraved with “Flown in C.S.M. To the moon, Apollo 17”. It also has Evans’ signature in the case back and “6-19 Dec 72 Heat Flow Exp” engraved on the left band.

SNOOPY LOVES IT TOO 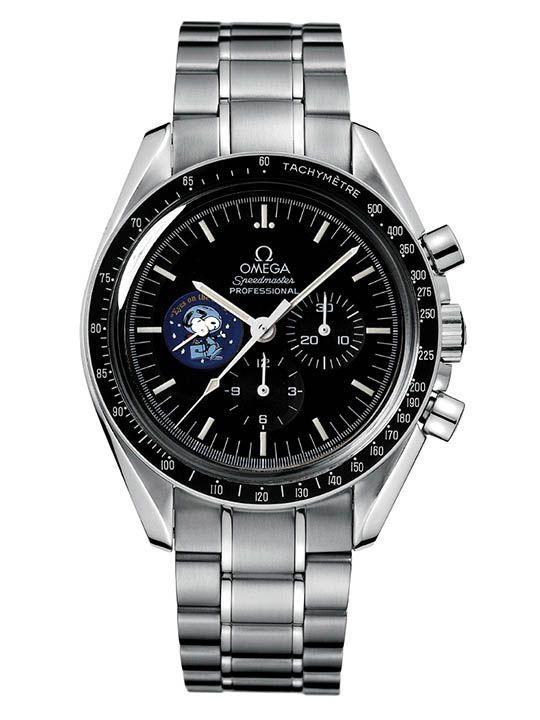 In an unlikely bromance, everybody’s favourite beagle features on the Omega Speedmaster Professional “Snoopy Award Limited Edition” (2003) and the Omega Speedmaster “Apollo 13 Silver Snoopy Award” (2015). The Peanuts character has a long association with NASA, as creator Charles Schulz was a keen supporter of the Apollo missions and gave his consent for “Snoopy the astronaut” to be used as a symbolic “watchdog” for NASA missions. The Apollo 13 version, in particular, was created in tribute to the teamwork, ingenuity and courage that brought the astronauts back safely despite a failed mission.