"The history of the watch and brand are important to me." 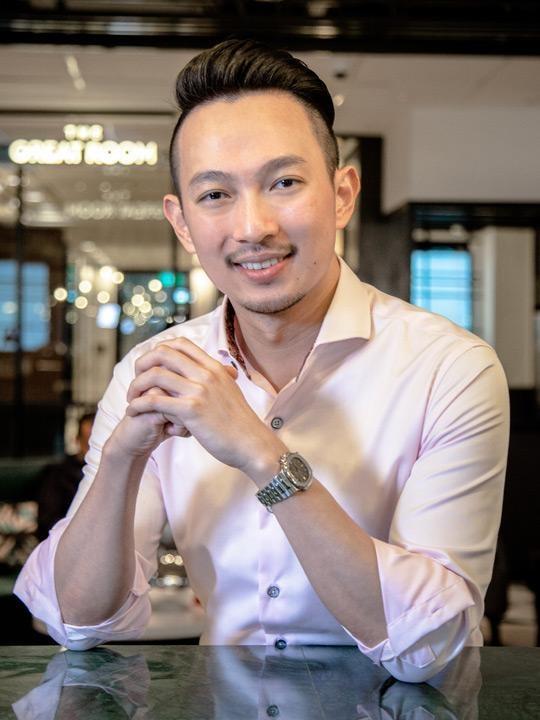 Ryan Yu sheepishly admits that he was quite blasé about the vintage Rolex GMT-Master that he inherited from his father when he turned 20. “I was wearing G-Shocks before. To be honest, I think I was too young then to know any better,” he says.

Yu, a lawyer, recalls wearing the Rolex “everywhere and did everything with it”. But he soon knew that he had something special when other watch collectors took notice of the watch. That aside, the intangible values of the hand-me-down also ignited his curiosity about what it means to have a ‘good watch’.

“It can give you a gateway into knowing somebody’s personality, taste, character,” he says. "That’s one of the reasons why I like watches. Because they tell you so much more than just time.”

Having attended university in the U.K., Yu also credits his time in Europe for feeding into his passion for horology. "The watch shopping culture is a bit different over there. There seems to be a bit more interest - you always see people peeking into the windows when they pass a watch shop," he says.

Yu’s first watches were from the likes of Cartier and Panerai, and he says his tastes have changed over the years. As for his key considerations, he cites provenance and personality as two of the biggest things he looks out for being make a call on a watch. “Both the history of the watch and the brand are important to me,” he explains. “At the same time, I don’t want to have a watch collection like everyone else’s.”

This was the one that got me interested in high-end watches. It was a 20th birthday present from my dad, who told me that he specially set this aside for me. Although I am the youngest of three sons, I was the first to get a watch. My brothers weren't interested in watches until recently - and my dad actually has Rolexes set aside for them too! I had this serviced recently, so it looks pristine now. Also, the original came with a black bezel but I swapped it for a 'Coke' bezel.

This is another inheritance from my dad. He told me that the watch had gotten too small for his wrist, and I guess I benefitted from that! In fact, I got this from him recently. He knew that I already had an interest in watches by then. My dad had worn the watch into the shower and the dial fogged up. He told me that if I paid for the servicing, the watch would be mine. I said sure, of course!

Like many watch lovers, I appreciate timepieces that are timeless and come with history. The Reverso is one of those watches. I bought this pre-owned about two years ago, from a seller on the Internet. He took months to reply to me, and when I finally met the guy, I used my lawyer skills to suss him out. A special someone accompanied me to assess the watch, so it has a bit of sentimental value. That's the thing about watches, they can really evoke memories.

This is my silent protest against the Speedy lovers. I would wear this and post a wrist shot on Instagram on Tuesdays and hashtag 'El Primero Tuesday'. (Laughs.) I don't understand why the El Primero is not as popular as some of the other chronographs out there. The movement is ground-breaking and truly exceptional.

I was searching hard for this watch and I got this off a seller from Malaysia. I actually flew her in to make the deal in Changi Airport! It was on a budget airline, of course. If you noticed, I like the Reverso but also dials that look busy and complicated. I believe that Jaeger-LeCoultre doesn't make Reversos in this case size anymore.