Only vintage Rolex ‘Paul Newman’ Daytonas for him, please. 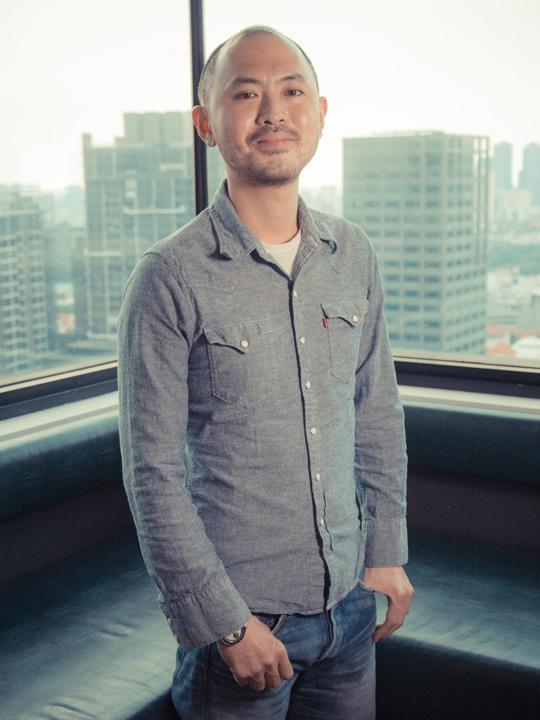 Ronald Koh is one of the most single-minded watch collectors to have graced this interview series. While it hasn’t been that long since the 38-year-old started buying watches seriously – he caught the bug in 2015 from another vintage watch enthusiast – his horological journey thus far has been nothing if not focused.

You see, Koh (or Ron K as he is better known in the stock trading community where conducts his business) almost exclusively courts vintage Rolex ‘Paul Newman’ Daytonas. For the record, 'Paul Newman's are possibly the most coveted range of watches on the face of the earth at the moment. In fact, the frenzy for vintage ‘Paul Newman’ Daytonas hit fever pitch back in October 2017, when a model owned by the actor himself went under the hammer for US$17.8 million, setting the record for the highest price for any wristwatch at an auction.

“I was introduced to them by a friend. I tried a few of his vintage watches, including Subs and GMTs, and the model that I really connected with was the Daytona. They are not too large and they just fit so well. So I asked him how much it costs and he said US$200,000," Koh recalls.

He adds: "Back then, I was surprised that what was essentially an old watch could fetch that sum of money. And I got it immediately when my friend explained to me the theory of supply and demand with these watches."

After the first encounter with a vintage Rolex ‘Paul Newman’ Daytona, Koh dived headlong into the collection. He says he spent two years learning all that he could about the fabled range of watches and, in 2017, bought three vintage Daytonas at one go. “It just kind of snowballed,” he says.

Koh reveals that he owns 10 watches to date and they are all vintage Rolex Daytonas save for an Audemars Piguet Royal Oak, the only modern watch in his collection. "I love watches with history, with stories to tell. These watches are more than 50 years old, and they have seen things. New watches don't evoke the same emotions for me," he explains.

When it was put to him that the watches he’s into are among the rarest and most sought-after in the market – the vintage Daytonas he owns must be in pristine condition with all original parts - Koh laughs and says that the hobby only drives him to work harder.

"I am a boring person. I only like two things - to make money, which is why I trade stocks; and I love watches," he says. “And if I don’t have the means (to acquire the watches), I will make sure that I find the means to do so.” 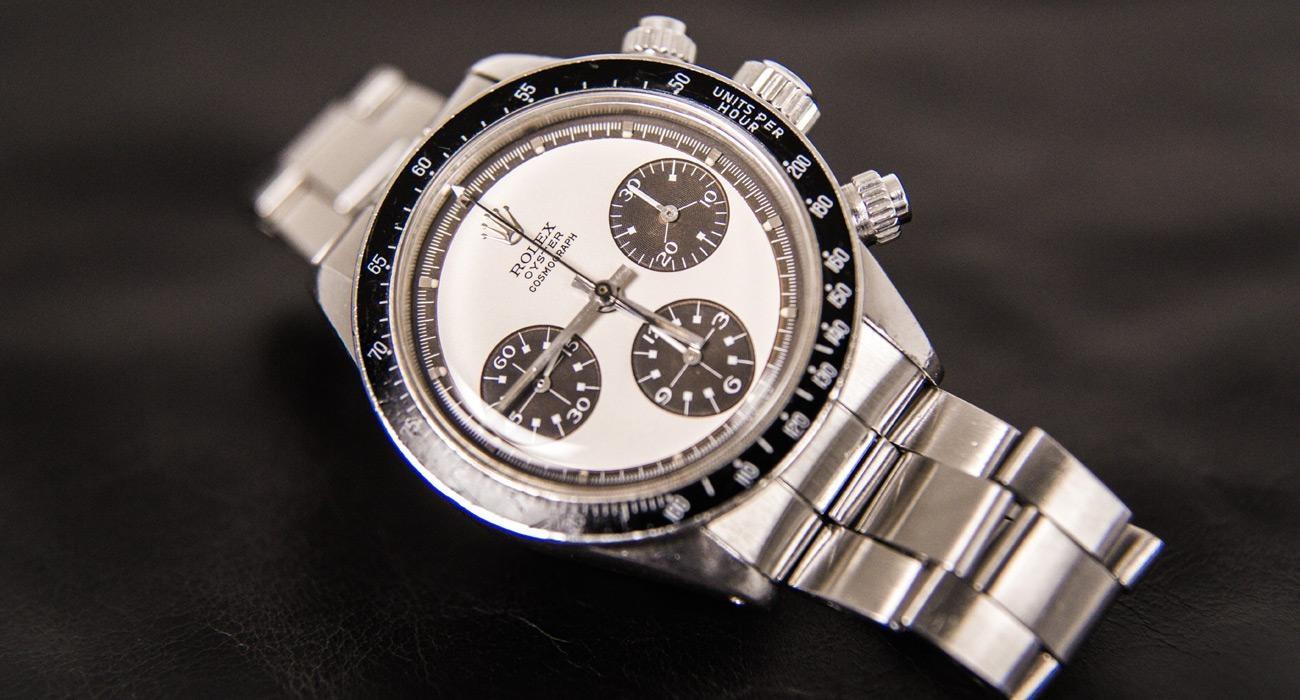 "This was one of three vintage Daytonas that I bought all at once in 2017. Prior to buying this piece, I was still educating myself about vintage Daytonas. And from the time I was learning about the watches to actually buying one, reading up and visiting auction houses, the price had gone from €200,000 to €600,000. In about three years. This piece is prized for its striking panda dial with Art Deco style numbers on the chronograph counters, and comes with box and papers."

"This is a super rare model. Its case is in 14K yellow gold, which is very unusual as I believe they were made specially for the US market, while the 18K gold models were for the European markets. Over time, the gold on this watch has achieved a rosy patina, which is just so lovely to see. You can find several variations of the Ref. 6241 JPS if you search for it online, but this is one of the hardest to find. My dealer tells me there are probably only three pieces of this MK 1 version, and it is distinguished by the extra-large 'T Swiss T' inscription at six o'clock." 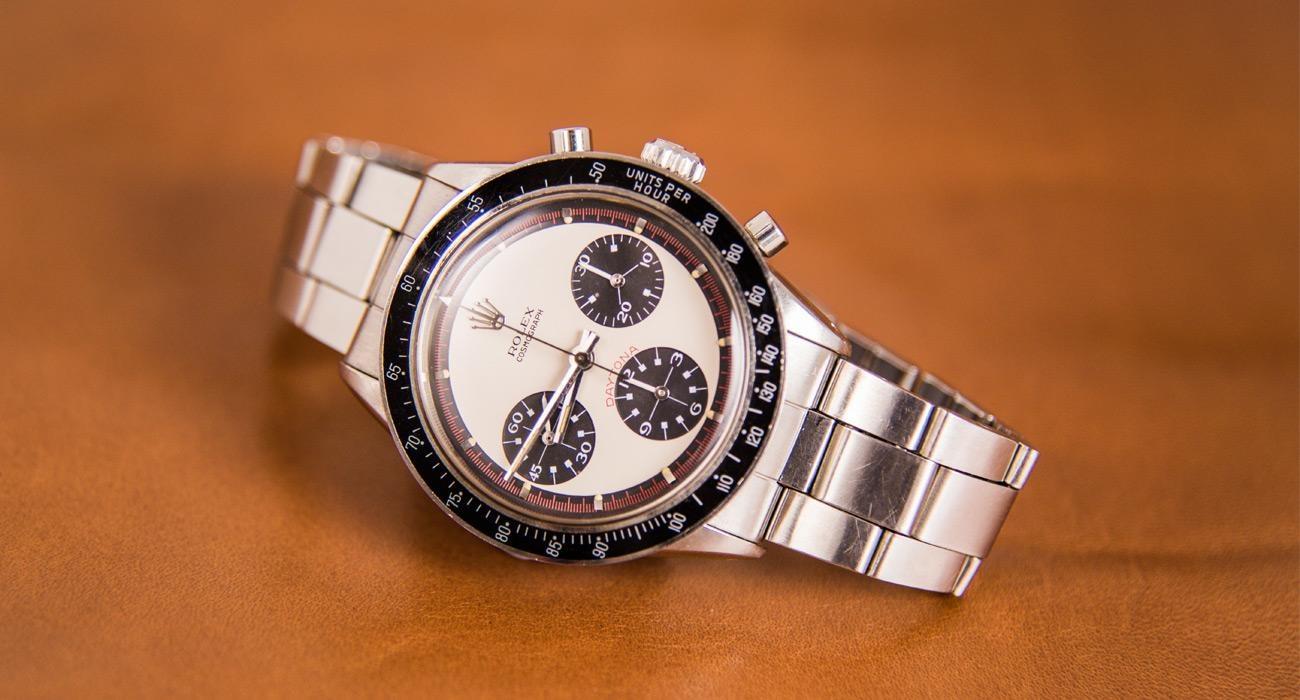 "I believe that the Ref. 6241 had a production run of about 3,000 pieces, and out of which about 300 to 400 pieces were in yellow gold. This is in steel and I guess you can say that it is more 'common'. This one comes with box and papers and cost about €300,000. Some might think that it is too much to pay for a watch. But I've learnt from my research that the prices for these models will always keep increasing. If you have the money and are hesitant to buy the best version of what you can find, someone else will buy it. Just to be clear, I don't have any intention of selling my watches." 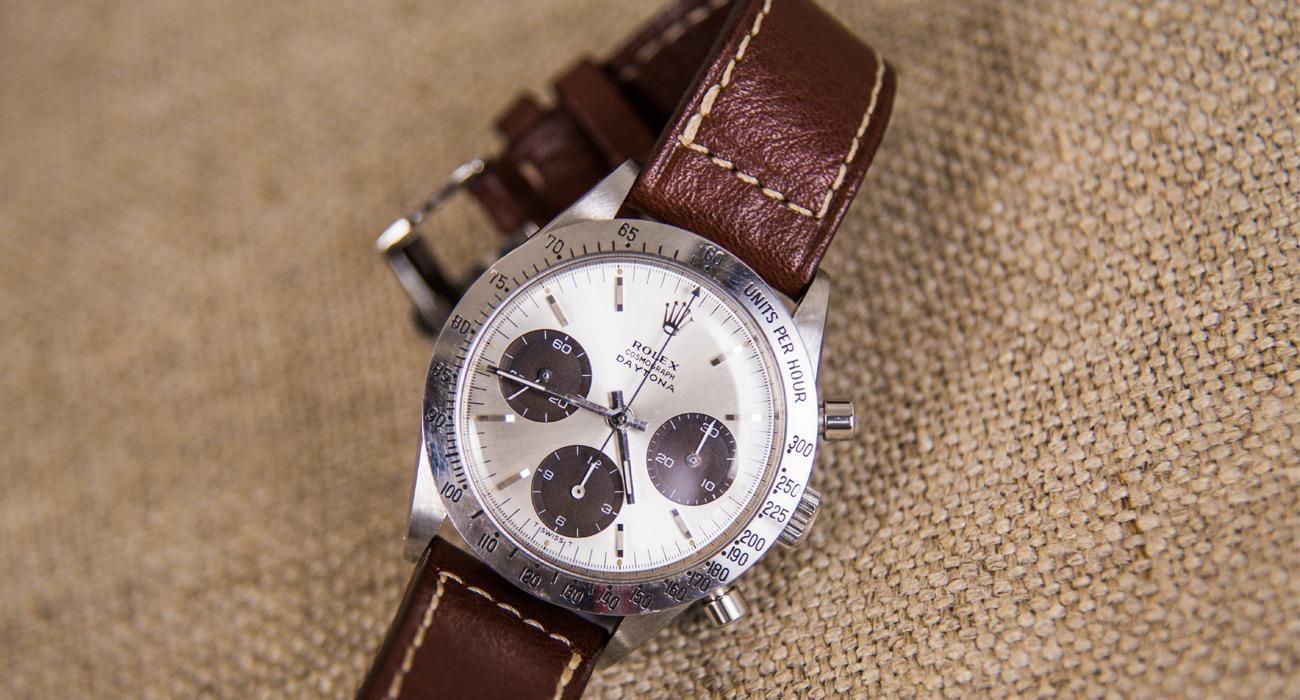 "This is one of few the non-Paul Newman Daytonas in my collection. It costs about S$144,000 and it was made in 1966. I bought it at the Daytona Ultimatum auction by Philipps and it looks almost brand new. I love the pump pushers on this piece, and the layout of the brand and model name in a pyramid order is especially interesting."