Chuan Watch's director of sales and marketing says he won’t be passing on his timepieces to his daughter. 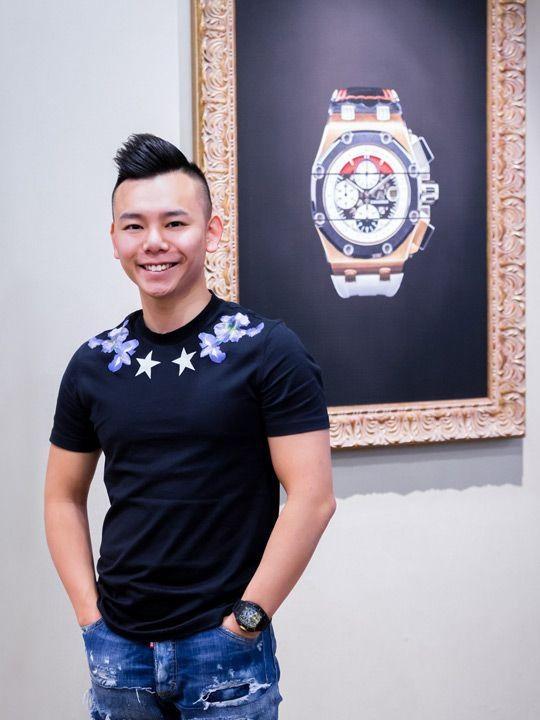 At just 26 years old, you’d expect Nicholas Lim to be starting out in his career, partying with friends and generally being, well, a young adult. So it might come as a surprise that he’s happily married with an eight-month-old daughter and is managing the sales and marketing operations for Singapore’s top pre-owned watch shop.

Growing up in a family of watch aficionados, Lim explains his love for watches wasn’t one that his father forced upon him. “I think it came with age,” he laughs. But before he got involved in the family business, Lim was a music student who played the guitar (with a titanium Panerai on his wrist, no less). “It was only in poly that things started to change and I decided I should help my dad in the business or it would be a waste. After all, you can’t just pass it down to anybody.”

He began with trying to develop a website, then slowly rebranding the company through renovations and an image overhaul. “At first, I was just trying to accomplish something for my father but along the way, my interest grew and I started enjoying it,” he shares.

As it turns out, horology runs in his wife’s family too. Her grandfather was a hobbyist back in the day and traded watches in his free time. “We didn’t meet through the industry though,” Lim reveals of his wife. “A friend of a friend told me there was this girl who had an interest in watches too and I thought, ‘Not bad!’” His wife is currently taking a break from work to care for their young daughter, who’s certainly a big priority to Lim. As far as his watches are concerned, though, she’s not getting any.

Clearly not subscribing to Patek Philippe’s adage on keeping a watch for the next generation, Lim lays it out plainly: “I'm not really reserving any of my watches for my child. I wouldn't want to give her something that she doesn't like in case down the road she sells them! But we'll see when the time comes. Anyway, I have a watch shop. (Laughs)

Your love for watches started early. What models did you first own?
Back when I was in polytechnic, I wore many different watches. I wore an RXW, I also wore $10 watches with thick straps that looked quite stylish - it was like wearing a wristband instead of a watch. There was nothing too luxurious at first. Then slowly I started trying out different watches like the Rolex Air King, a Panerai, and the IWC Portugieser, before I realised what I really liked - bigger watches of a certain thickness.

So your first luxury experience was with a Rolex?
Yeah, since I'm in the business of selling watches, my dad wanted me to wear it so that I understand how the end user feels. Of course back then, those crazily expensive ones were off limits.

Does working in a watch shop mean you get to wear anything you want or get first dibs on a watch?
Sometimes I'll look at the watches that have been traded in and if I like something, I'll keep it. But of course there has to be an agreement between me and the company and we'll have to work out the monetary sums (laughs). I also have to see if my personal funds are sufficient. It’s better to keep the company and personal matters separate.

Has your taste in watches changed over time since you started in this business?
I don't really think so. Just that back then I couldn't afford these watches (laughs). From the start, I'd obviously have loved to own a rose gold Audemars Piguet (AP). It was such a big thing for me. But I started with stainless steel, and then I got the Montoya, which I had to let go, then finally this one that I have now (the Royal Oak Offshore Rubens Barrichello II). I didn't want to keep two similar APs so I chose this one.

Tell us about your favourite pieces. 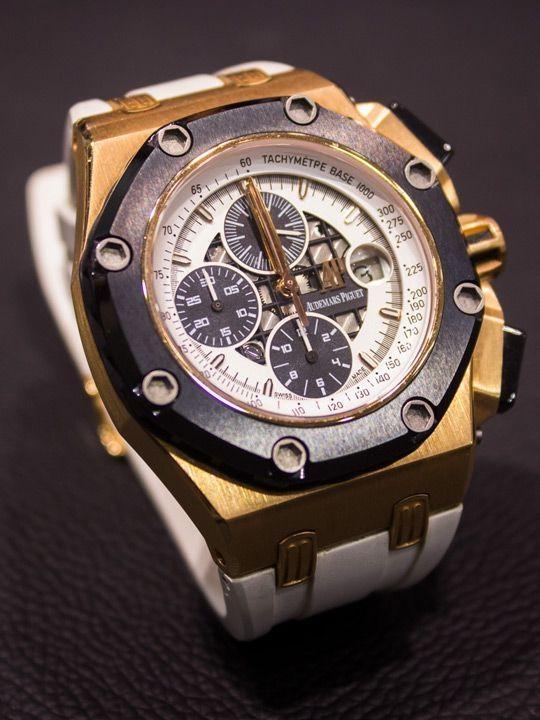 They're all for different occasions. I don't remember when I got the AP (above)—it was probably two or three years ago. It comes in a limited edition of just 500 pieces and what I like about it is that it reminds me a lot of an F1 car with diffusers and an exhaust, and it has a partially skeletonised dial. It's very rare to find AP Offshore models in rose gold with a white face. There are only a couple of them in the market. I paired this one with a white strap because I saw a celebrity wearing one and thought it looked quite nice. 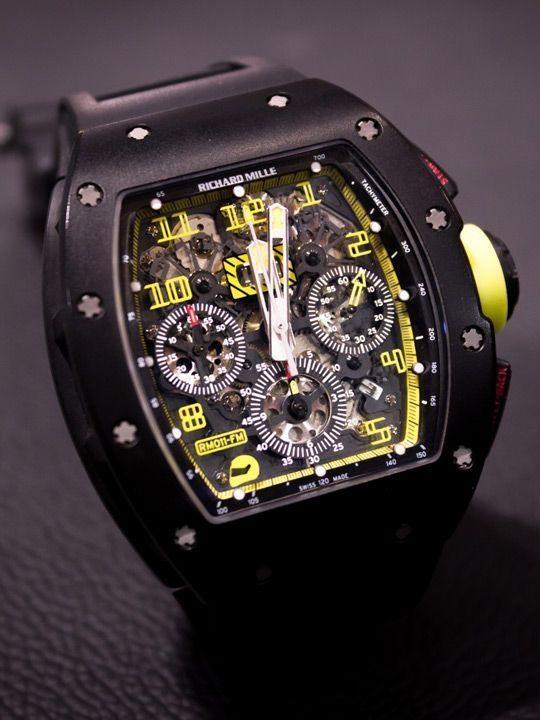 With the Richard Mille RM011 GP Texas Carbon (above), I wanted something different rather than just a watch with lots of gold. I also started taking an interest in more avant-garde all-black watches as well. I don’t really know why, I just felt better wearing them! This one is also very light - the whole case is carbon and it's limited to only 28 pieces. I got it last year as I felt it’s quite trendy, so I’ll just try it and see how I like it.

This stainless steel Patek Philippe Nautilus Chronograph Ref. 5980 (above) is the watch I always travel with, even though it doesn’t have a dual-time zone. I don't want to wear gold when I travel and I like the clean look of the dial, which is not too cluttered like the Ref. 5712. I like the Nautilus and felt that I should keep one because it's classic. This particular model has been discontinued and the prices have been going up like crazy.

I don't know how to explain this watch (the Rolex Yacht-Master II, above). I just loved it like mad the first time I laid eyes on it. It's very unique and not everyone can recognise this as a Rolex. There isn't the traditional Jubilee bracelet, no cyclops lens, there's no date even. And it has a regatta countdown, which nobody will use (laughs). I like it because of the blue bezel and how thick it is - it's like wearing a chunk of gold on your wrist. I don't wear it very often though, just when I feel like it.

What would your next timepiece be?
I do like the RM011 White Demon in full ceramic and rose gold but it's limited to 30 pieces so hopes are slim to not only find it but at the right price. I just have to wait!