Men And Their Machines: From Messi to Branson to Obama

The Alpha males of sport, business, entertainment and politics, and their timepieces of choice. 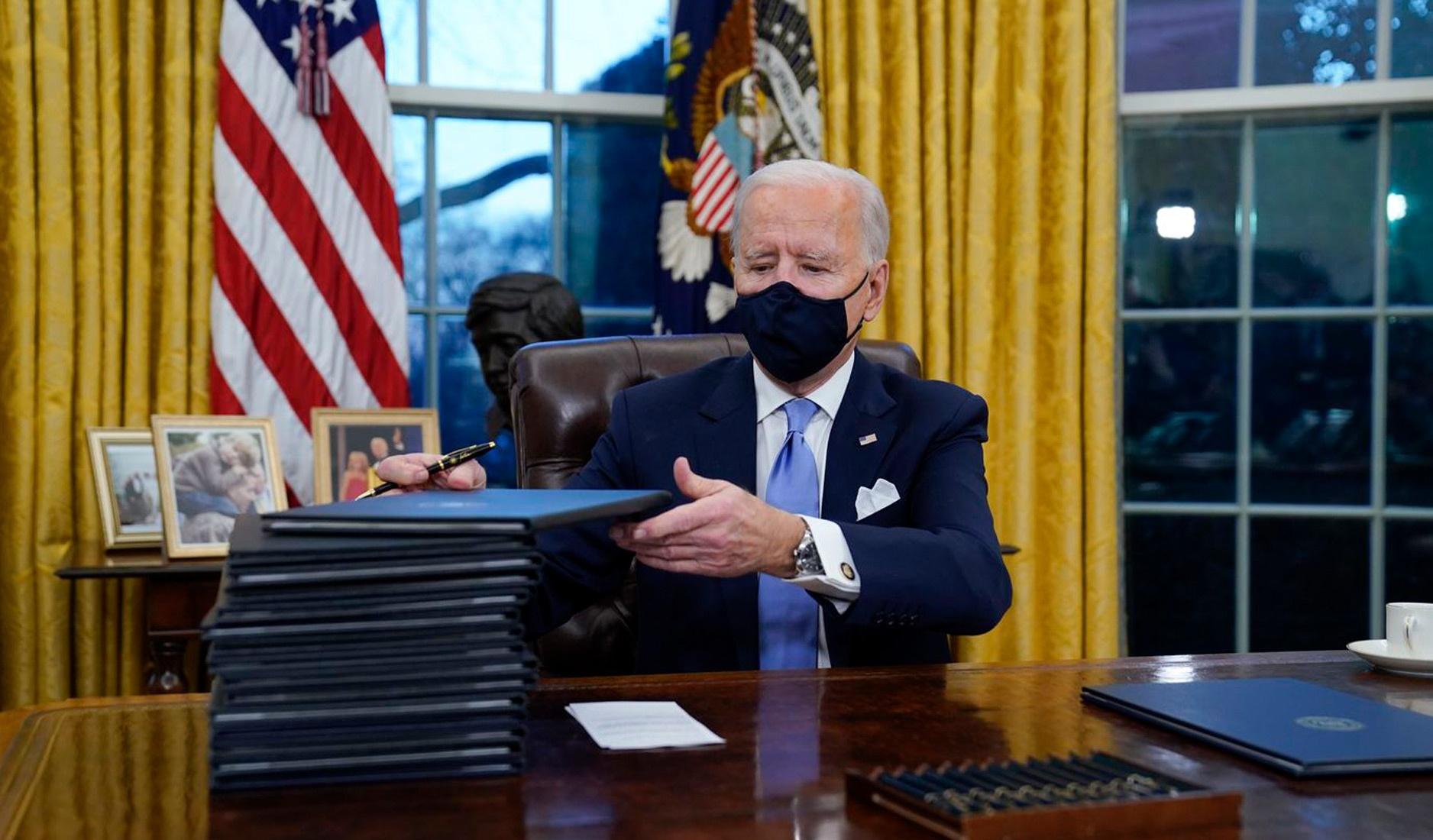 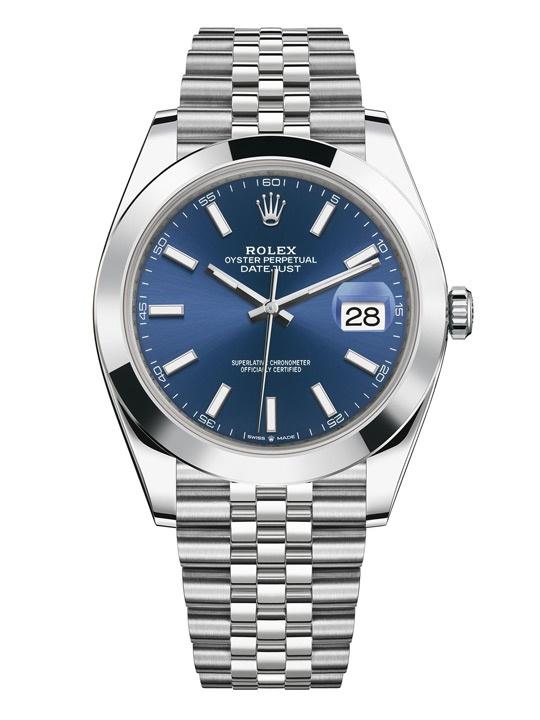 Various watch-spotting sources have speculated differently: Is it one with blue dial? Or black? Regardless of dial colour, the 46th President of the United States has done what many of us would have – strapped on a Rolex for one of the most important moments of his life. Not surprisingly, some begrudged Biden for donning a luxury marque. They point to the likes of Bill Clinton and George W. Bush, who wore Timexes, while probably – and conveniently – ignoring both men’s personal wealth and astute political presentation. Anyway, more power to Biden for his choice and horological taste. A stainless steel Rolex Oyster Perpetual Datejust is built for a stage as big as any. 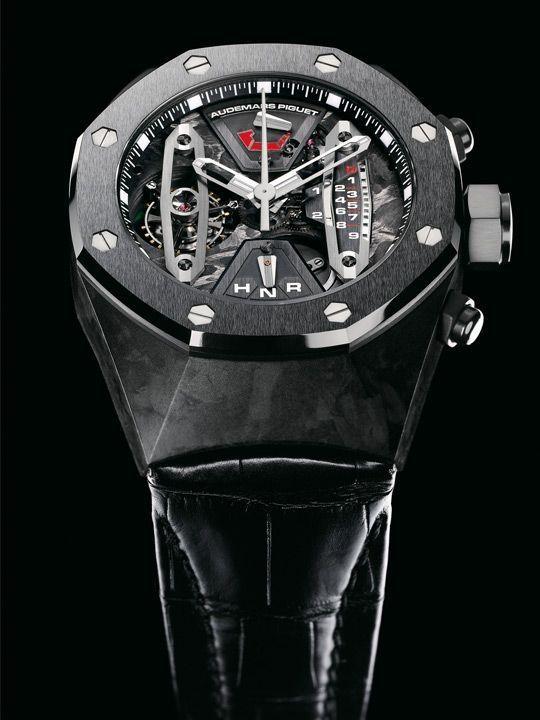 It’s difficult to make a man who seems to reset prevailing fashion trends whenever he sets foot on a stage or red carpet repeat himself sartorially. But one watch has long monopolised singer-producer-fashion designer Pharrell Williams’ wrist. And it’s reflective of the multitalented icon’s funky and progressive style.

The dial of his Audemars Piguet Carbon Concept features a power reserve (maxing at a whopping 237 hours) bookmarked by a tourbillon and a quirky linear chronograph counter. Those goods, along with the first-of-their-kind forged carbon movement and case, provide the watch a coolness that Pharrell’s seamlessly matched with his ever-evolving look. 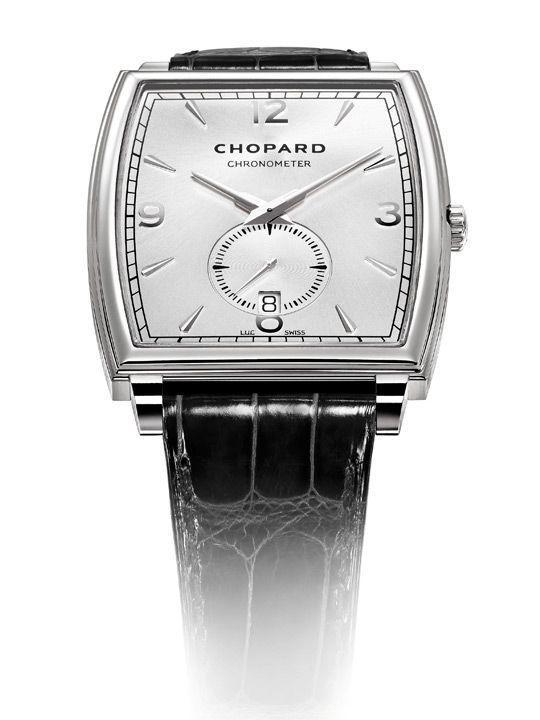 If one man ruled the recent round of preeminent, first-name Hollywood award shows, it was Matthew McConaughey. Through two stirring performances the Texan, famous for his buttery-smooth drawl and T-shirt aversion in rom-coms, resoundingly asserted some serious acting chops, racking up an Emmy nod for his role on True Detective and a ‘Best Actor’ Oscar for Dallas Buyers Club in 2014. 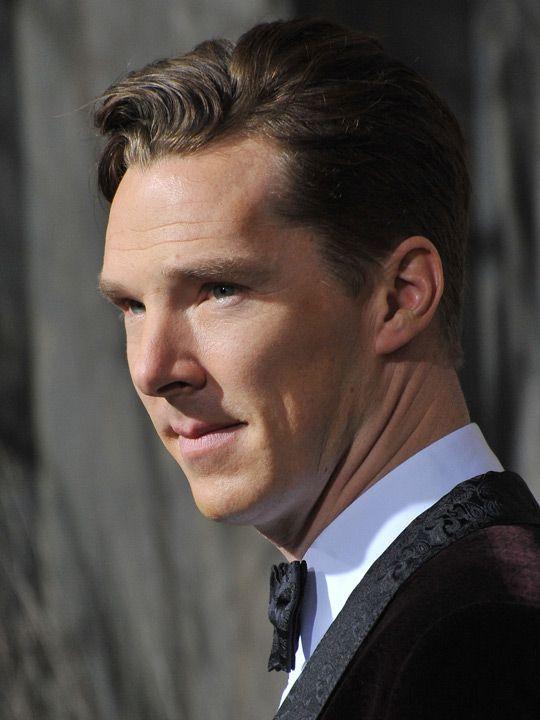 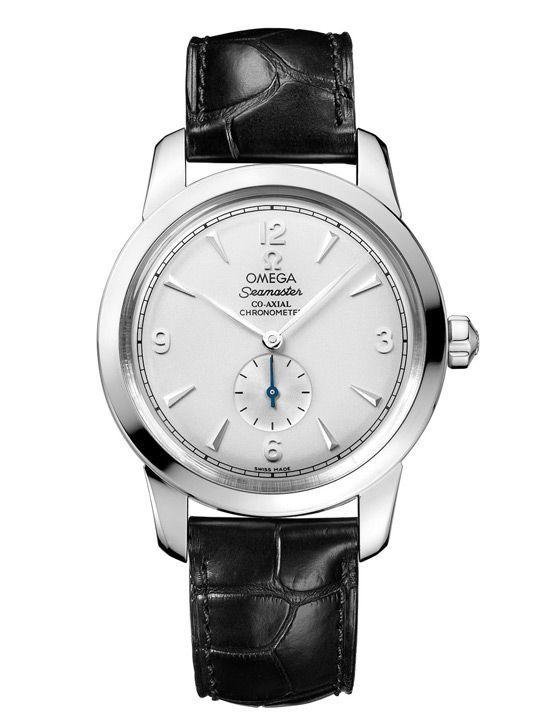 Benedict Cumberbatch’s watch, like his Sherlock character, is a redesign of a classic. Since donning Mr. Holmes’ trademark deerstalker, Cumberbatch has infused a signature wit and brilliance that’s allowed him to make one of literature’s most iconic characters his own.

And whilst out on press junkets for films, or simply strolling high streets, he’s often spotted with his special-edition Seamaster 1948 Co-Axial ‘London 2012’. A redesign of the first automatic Seamaster, the watch honors the capital’s history hosting the Olympics. Its crown jewel? The yellow-gold medallion on the caseback, embossed with the logo of the 2012 Games. 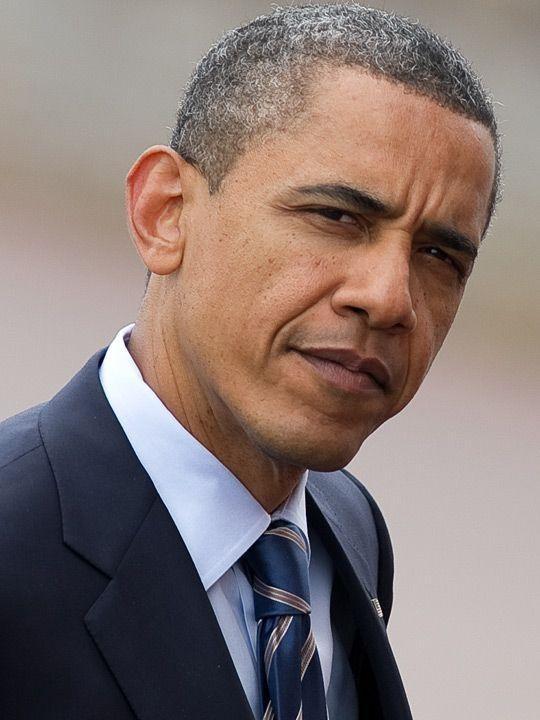 Back in 2007, when faced with the question of what to buy the soon-to-be most powerful man in the world for his 46th birthday, the Secret Service pulled the same move that forgetful boyfriends and distant fathers have relied on for decades. They cruised the office gift shop.

However, unlike the disappointed girlfriends and children of the aforementioned procrastinators, Obama loved the Jorg Gray chronograph his agents bought at the Service’s employee store. The president’s watch is 41mm, stainless steel, and features the Secret Service logo on its dial. And at $395, it’s easy on the wallets of world leaders and constituents alike. 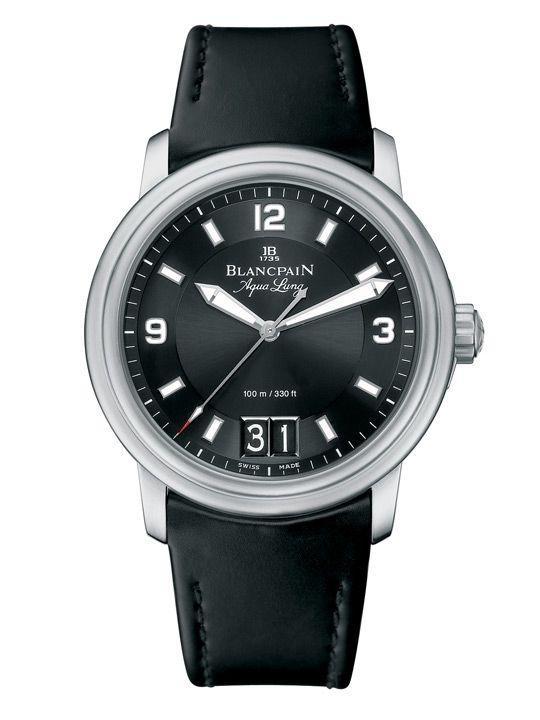 His extensive watch collection, however, is unquestionably dignified. Case in point: whilst signing the treaty for his Ukrainian land grab, Putin sported Blancpain’s steel Grande Date Aqua Lung, featuring a panoramic date and measuring 40mm. Actually, he’s owned four of them. But he gave two to stunned citizens, and placed another... in wet cement. Watchdogs have questioned the honest means by which he acquired horological gems worth over six times his reported salary. Putin’s response has been, well, indifference. 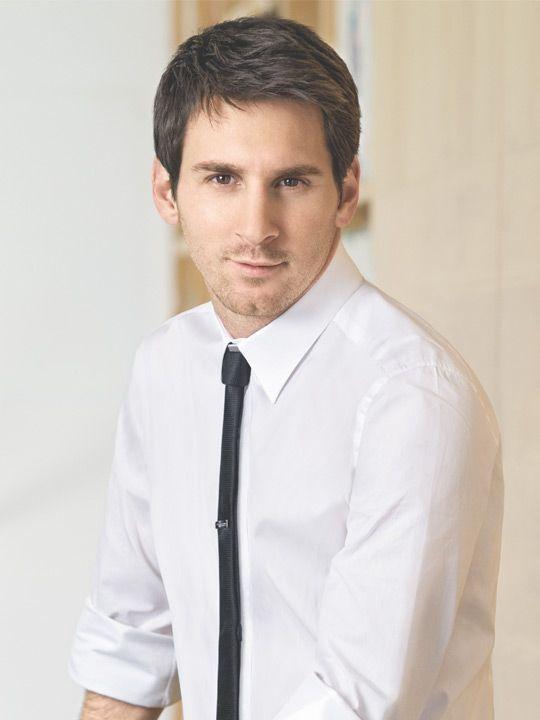 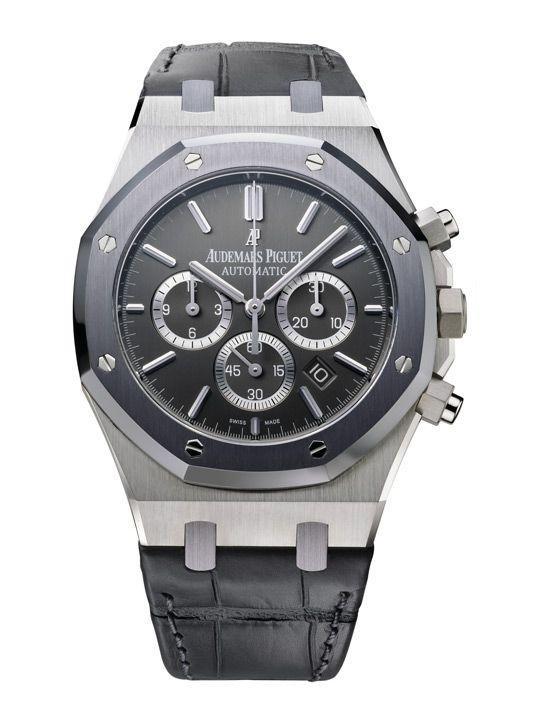 The year Lionel Messi won the first of his ‘Golden Balls’ was the same year he joined the ranks of Audemars Piguet ambassadors. And the product of that partnership is Messi’s favorite and eponymous watch.

Little has changed since their union began. The limited-edition Royal Oak remains a staple on Messi’s wrist. And he continues to collect or contend for the sport’s greatest individual accolade year in, year out. 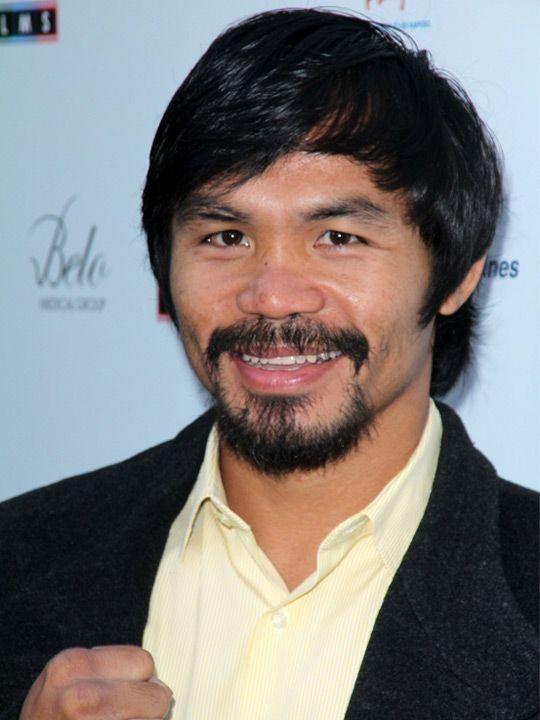 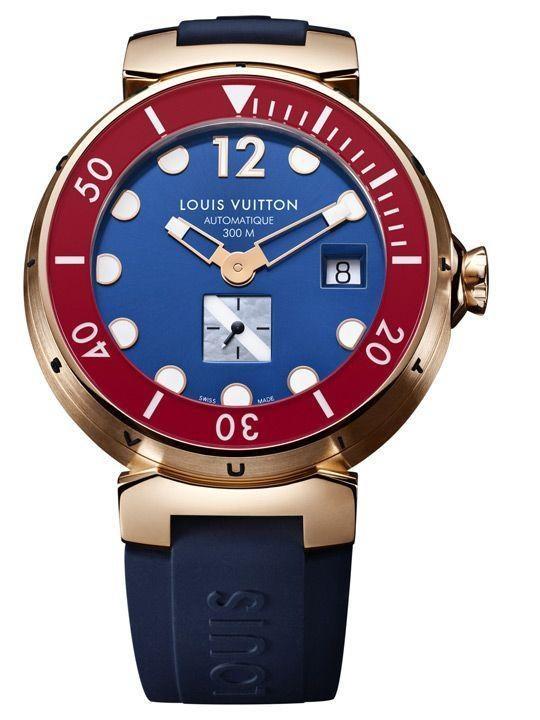 Over the course of his storied career, Manny Pacquiao’s never been very showy about his success. A rare quality in an iconic athlete. Even rarer for a politician.

But one passion in which the boxer, singer and, yes, congressman has gladly indulged is his watch collection. And his 44mm pink gold Tambour Diving II is one of several horological treasures he cherishes like title belts.  Retirement looms for boxing’s first and only eight-division champion. It’s fitting that he has an exceptional gold watch to slip on once he hangs up his gloves for good. 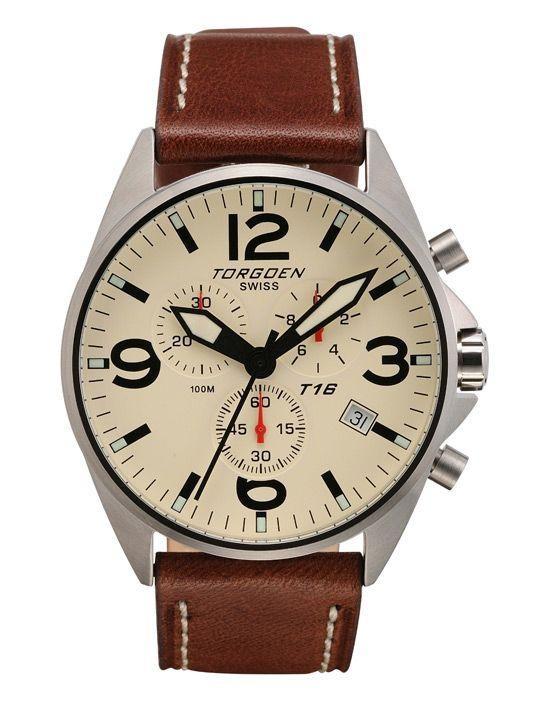 He built Virgin Group, now 400 companies strong and spanning hotels, communications and aviation, from scratch. And by preaching the pursuit of all things amusing and exhilarating along the way, he’s become an icon for entrepreneurship and eccentricity.

‘Eccentric’ also perhaps best describes the billionaire’s watch choice. His understated (and incredibly affordable) stainless steel T16103 is from Torgoen, a young, US-based brand that specialises in Swiss-made pilot watches. And, true to his unconventional nature, Branson reportedly chose the watch because it “had a pretty face”. 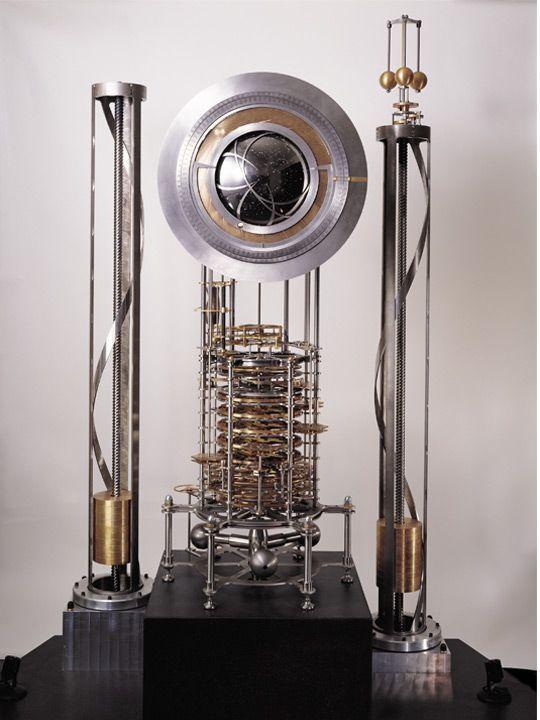 At 200 feet high, this is not exactly a watch. But having built the world’s largest retail site out of his garage, it’s fitting that Amazon founder Jeff Bezos’ horological interests are particularly grand.

When finished (decades on), the 10,000 Year Clock will function for (ten) millennia. It was designed as a symbol for long-term thinking, and Bezos pitched in $42 million to build it inside a mountain. To put its longevity in perspective, the clock will produce a new, unique chime sequence every single day. But before we start drawing inevitable comparisons, the clock isn’t a front for a nuclear stronghold, nor a prelude to the events of the Terminator films.