Meet The Co-Founders Of RedBar Singapore

Like its New York-based parent watch appreciation community, the Singapore chapter of the RedBar Group aims to be the antithesis of a ‘watch hype club’.

As much as watch-loving communities appear like they are all about hug-gy wrist shots, underneath the surface, things can quickly spiral out of hand if inflated egos, petty infighting and worst of all, a sense of entitlement and elitism – you know, things that come with a mix of money and people with expensive toys – are not properly managed.

But it doesn’t have to be this way. Loving and learning about watches can–and must–above all, be fun, interactive, and enriching. Otherwise, what’s the point? That’s why, for the horology buffs of all stripes, it is a precious thing to find a welcoming tribe of like-minded friends. And that is probably why, the RedBar Group, an international community of watch lovers that champions this ethos, has flourished since its inception in 2007.

According to its Instagram profile, the RedBar Group, which was started by Adam Craniotes and Jeffrey Jacques, two watch obsessives who’d regularly meet at a dive bar in New York to geek out over watches (and later officially founded by Craniotes and Kathleen McGivney in 2007), is home to “the world’s largest watch collecting community”. Craniotes and Jacques’s informal gatherings with their friends (‘GTGs’ in watch-speak) soon grew to involve more like-minded hobbyists. And so, amazingly, an erstwhile tiny, local horological community has now grown to become a global family. 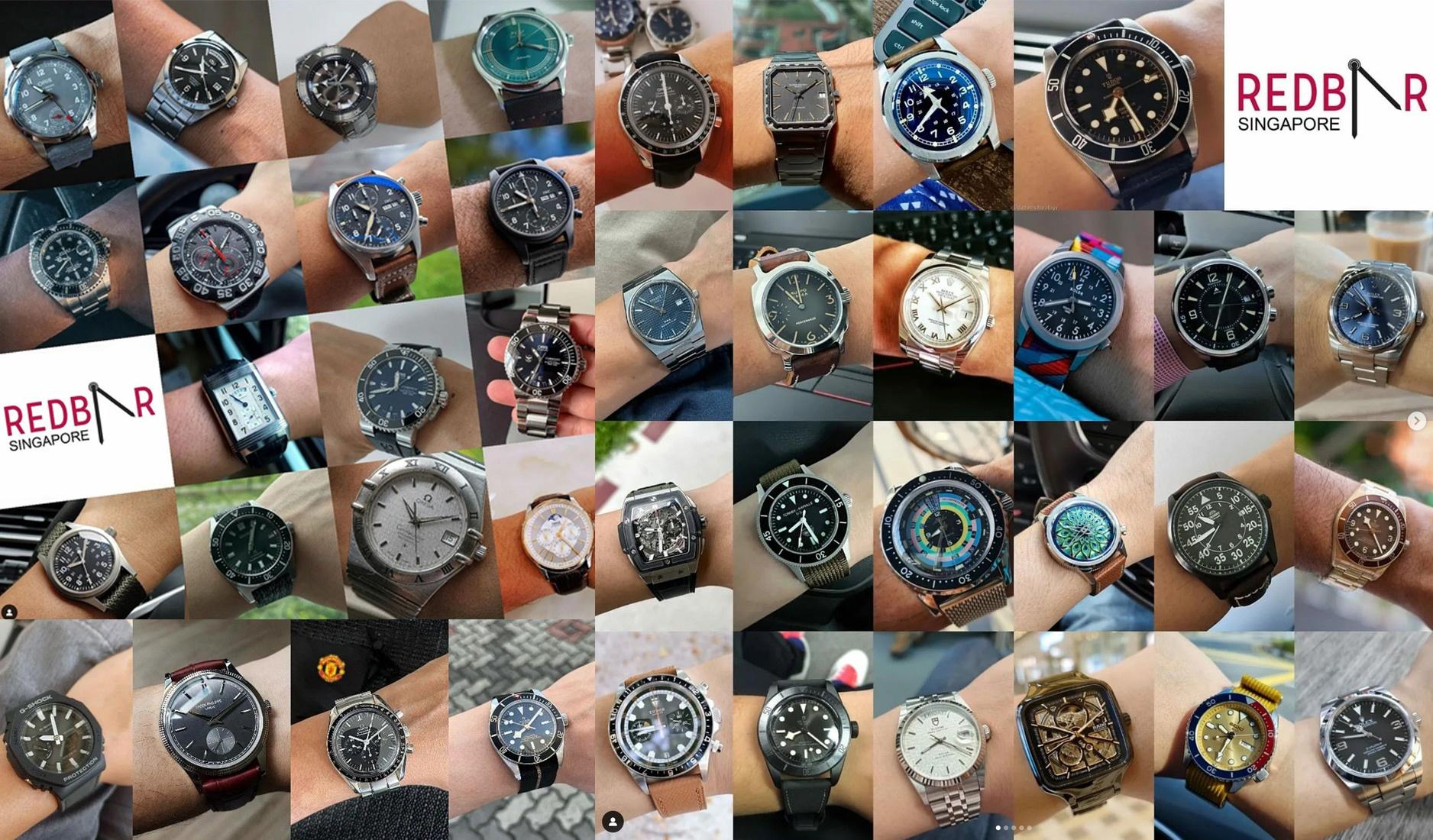 A selection of screenshots from RedBar Singapore's Instagram page. @redbar.singapore

The Redbar Group’s social media following will attest to its popularity and inclusiveness, just like its engaging posts showing all sorts of timepieces from vintage watches to chic G-Shocks to high-end luxury tickers. More pertinently, the ever-growing community can be quantified by the number of global RedBar ‘chapters’ that have mushroomed in cities all over the world since the group’s inception – including the Singapore chapter, which started in July 2021.

Even so, the adage about quality prevailing over quantity is carefully applied to the RedBar community’s membership. "Since watches are luxury items, there is a sense that people with the most cash and the most expensive watches would want to be part of a club to flaunt them. We don't want this to happen here,” explains Ken Taw, one of the three co-founders of RedBar Singapore.

Indeed, RedBar Singapore’s three ‘chapter heads’, who are all in their 30s, are reassuringly humble and open-minded about their hobby, evinced by their own horological journeys. For instance, Taw went through the route of fashion-based watch brands and Casio G-Shocks in his youth before becoming a Seiko and Grand Seiko enthusiast. Ryan Lee, the second co-founder, recalls sharing a similar route as Taw; a journey that began with searching for a replacement for his Fossil watch, which led him to microbrands, dive watches, GMT models and has now led him to be a “chronograph addict”. Jeremy Ong, RedBar Singapore’s third chapter head, too, was bitten by the horology bug in his teens, albeit with higher end brands. After inheriting his father's and grandfather’s Patek Philippe Gondolo and Jaeger-LeCoultre Albatros watches, Ong bought his first serious timepiece, a Rolex Explorer Ref. 114270, when he started working. Today, he is a self-confessed vintage watch fanatic, though he also reveals that half of the watches in his collection are modern pieces.

"Everyone's journey is different. Some start with a Swatch, others with a G-Shock. For us, the point of having a watch-loving community is so that people don't feel intimidated about sharing their passion for watches,” says Lee. “I didn't start with expensive watches, and I don't think my watches are expensive. But I get to meet people who have watches that, perhaps, I wouldn't be able to afford in this lifetime. And that is okay and great, because I get to check them out, too." 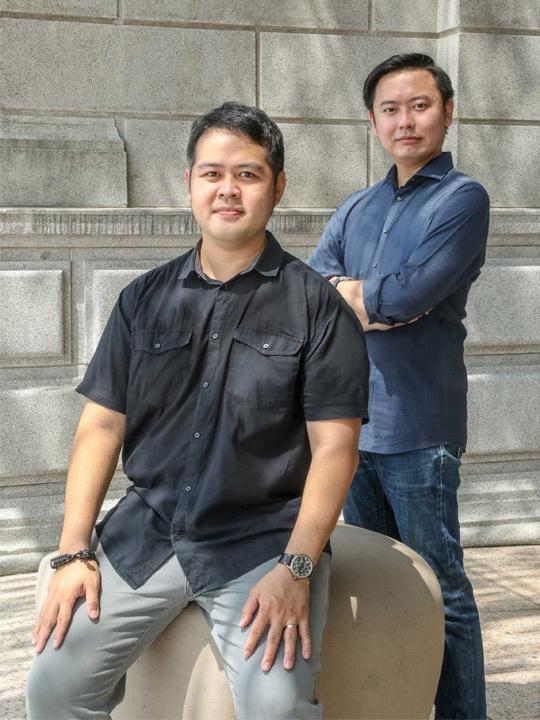 The three of them connected, as many watch buffs do these days, via social media. Taw chanced on Lee’s wrist shots on Instagram, chatted with him online and decided to meet after realising that they worked in the same office building. Subsequently, both of them linked up with Ong when they found the like-minded obsessive working around their vicinity. Despite their distinct interests in watches, the trio behind RedBar Singapore come across as unprejudiced and non-judgmental – qualities they stress are essential for members of the RedBar community.

“It is not about who owns the most expensive or the best watches. If you genuinely love watches, you can be part of the club," says Taw. That said, he adds that new members are thoroughly vetted to ensure the integrity and safety of the community, especially during gatherings where members bring along their watches for others to check out.

"This is necessary because we don't want a case where someone comes to a gathering with five watches and says that he only has four at the end of it," adds Lee.

Inheriting the same vetting process as its New York-based parent community, RedBar Singapore’s membership is on a strictly by-invitation basis where every new member needs to be vouched for by a current member. For lone wolf applicants, the chapter heads will suss out if they are “genuine watch lovers”, typically via social media posts, and then meet up over lunch or coffee to verify their intentions.

Incidentally, RedBar Singapore’s founders, too, were subject to a similar screening process before forming the club. A mutual friend who is the chapter head of RedBar Taiwan (Joe Chiang, known popularly as ‘Biaoist’ on social media) helped connect the trio to the RedBar Group’s founders after they expressed interest in starting RedBar Singapore. To the Singaporeans’ surprise, there had been previous attempts by other watch enthusiasts to do the same. 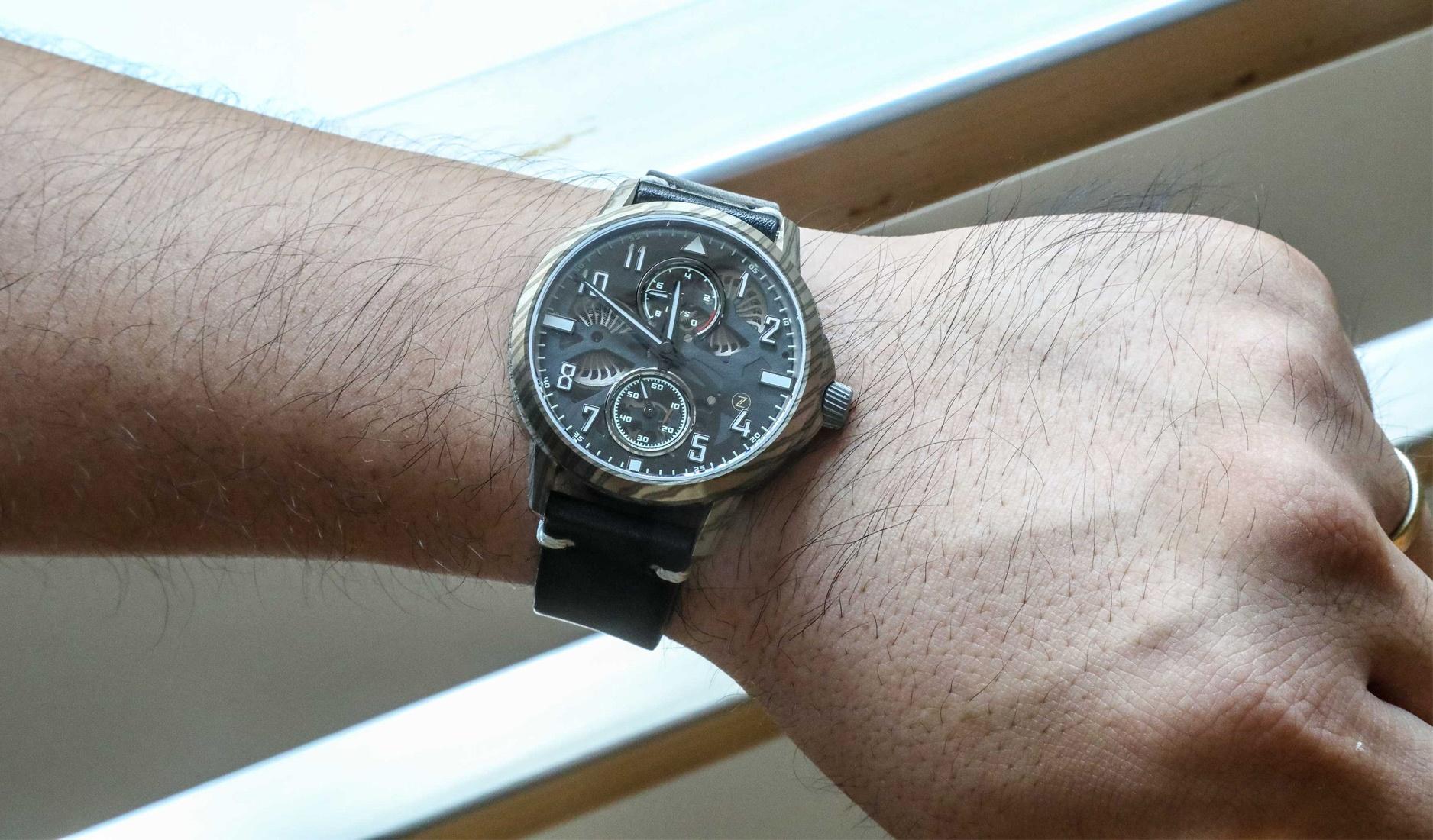 "I guess a big part of the reason (why it didn’t happen before) was that the founders didn't want RedBar Singapore to be another 'watch hype' group, where some guy brings his Patek 5711 and then another brings in his meteorite Daytona, and it is a pat-on-the-back kind of a club," says Ong. “The founders started from humble beginnings in their watch journeys, and they want this ethos to be consistent with the other chapters. So, I guess they saw that we fit the bill."

Currently, RedBar Singapore comprises 97 active members who share regularly on Telegram and 681 followers Instagram. The numbers are not large but the trio are entirely fine with it.

"I think (membership) will continue to grow, but organically and not rapidly. Right now, our member numbers are very manageable. Some individuals have stepped out to say they want to contribute, like photographs and, if that happens, maybe there will be a need to create some form of organisational structure. But I think we are ok for now to just be relaxed, meet for coffee and talk about watches,” says Ong. 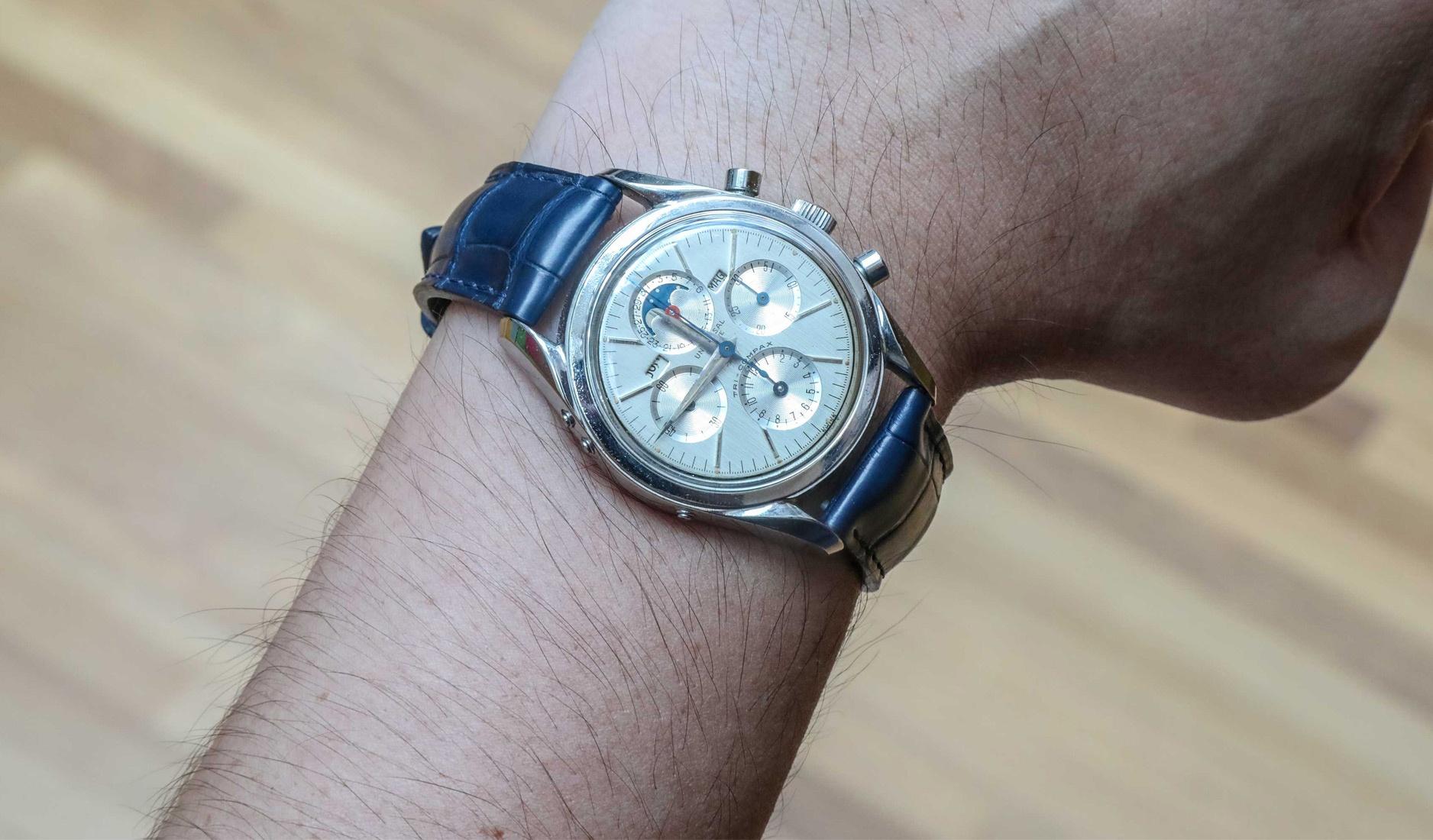 That said, starting a watch appreciation community during the midst of the COVID-19 pandemic meant that watch GTGs, the soul of any watch club, were almost non-existent to begin with for RedBar Singapore. But as restrictions started to ease at the beginning of this year, the club started to host small-scale gatherings, while exclusive events with brands are slowly taking off. For the latter, the trio is adamant about averting potential commercial entanglements that have been known to cause disharmony among other watch communities.

“When engaging with watch brands, we keep things strictly on a non-incentive basis. In the conversations that we have with brand representatives, we make it clear that we are not in it for financial benefit or watch allocations. We just want our members to experience the watches,” says Ong. Or, as Ken chimes in succinctly: “Whenever money is involved, things tend to get complicated."

Given the nature of the hobby, which is certainly not inexpensive and tends to attract people with financial capacity, it is valiant how RedBar Singapore is, in its own way, “trying to level the field”. “We hope that all members of our community can be exposed to different watch brands and experiences, regardless of their wealth or stature. It’s not a group for entitled insiders," says Lee.