“As artists, our main responsibility is to be curious about the world.”

Art and science don’t quite collide, but happily co-exist in Martin Frei’s world. The soft-spoken 52-year-old with the demeanour of a gentle, retired rock star seems like the ultimate torch-bearer for artistic rebellion in horology; the independent brand he co-founded with watchmaking prodigy Felix Baumgartner in 1995 an example of the triumph of the avant-garde against commercial watchmaking.

Yet, Frei credits “logical thinking” as much as being a “fearless” artist for Urwerk’s success. Here, he shares some life lessons as he recounts his journey in the watch business.

REMEMBER HOW YOU FELT AS A KID
I had my first watch as a kid, after my Confirmation ceremony in church. It was an LCD digital watch, which at that time represented the ultimate in coolness for a young boy. It was probably the first memory of a watch having a hold on me, and I never forget how that felt. It is a feeling that I also try to put into my designs.

LOOK AT CONNECTING THE DOTS
I remember my first chat with Felix Baumgartner (above, left) was like a ping-pong game, lots of back and forth, and through that we found a lot of common ground right from the start. I was studying art in Lucerne at that time. He was the cousin of my friend, who was a fellow artist. We met at a student party and started talking. Coincidentally, the work I was doing then – it was some video editing - centred around the importance of time. Video editing and watchmaking, it seemed like two different things, but the concept of time applies to both.

BE FEARLESS
As artists, our main responsibility is to be curious about the world. Having the financial means to survive is important, of course, but it is not the main thing. You just go ahead and do what you need to do, and surprise yourself while you are at it. You don't think if it needs to make sense; it is art, art sometimes doesn’t make sense!

Artists tend to work in a special space where they explore ideas and creativity without caring too much about material concerns. These feelings were strong within me and it was about this time in my life when I met Felix and decided to do stuff with him. I was being 'arty' and fearless. If I wasn't so, we may not have started Urwerk.

BE FEARLESS
Urwerk's business model is not a normal one. At the core, we have the motivation to create and do something different. We are also not interested in producing watches in high volume and making money that way. My advice - and that is specific to young watchmakers who want to operate in the niche of avant-garde horology - is to care about what you do, and don't be distracted from your true aim, which is to be creative. 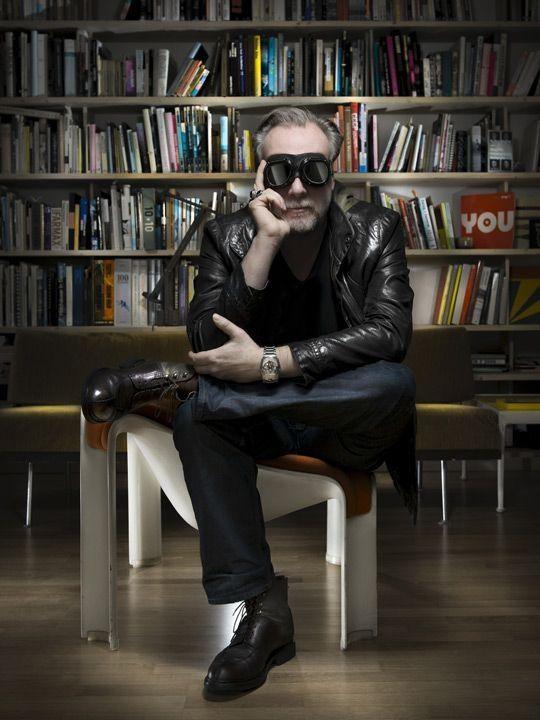 THINK LIKE AN ENGINEER
On the one hand, you can say that I have failed many times in my journey to make Urwerk successful. But I don't really view them as failures - just problems that need to be solved. Maybe I got this from my father, who is an engineer. I am influenced by the way he approaches challenges.

My father didn't view problems negatively. He actually derived enjoyment from resolving those problems. Look at the astronauts in that ill-fated Apollo 13 space mission - they were facing a problem, upon which the right solution meant survival. It was clear, analytical thinking that saved the day. I know that to be true because my father was part of the team that built the lunar landing module.