Marquetry In Watches: A Quick Introduction

We piece it together for you.

IT IS AN ANCIENT CRAFT
Marquetry is an artform that predates mechanical horology itself. In fact, marquetry art was already well advanced around 2500 BC, during the times of ancient Egypt. Legend has it that artefacts inside the tomb of the Pharaoh King Tutankhamun was filled with furniture decorated in marquetry work with all sorts of materials, from precious stones and gold, to wood and ivory. It is really confounding to imagine that artisans of that time would fashion such a fastidious and laborious work of art; akin to piecing together an impossibly huge jigsaw puzzle, only that one had to also handpick and craft every single piece of the jigsaw by himself. 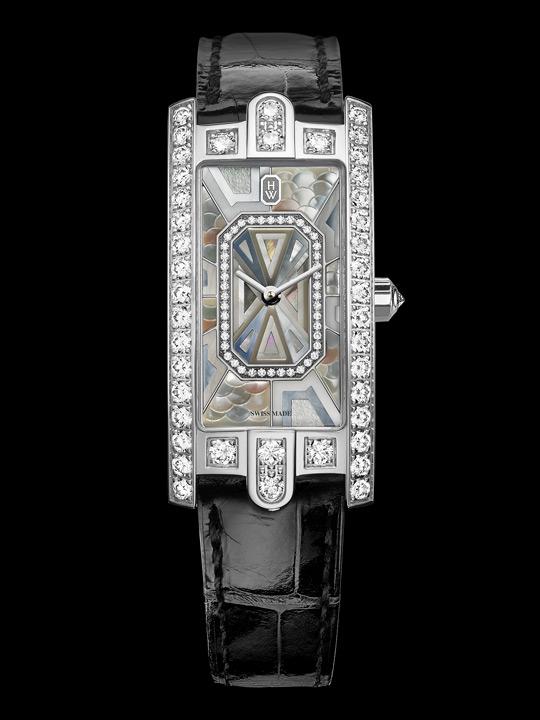 DON’T CONFUSE IT WITH INLAY WORK
By definition, marquetry is the technique of using different shades of a natural material that is cut into tiny pieces, which are then fit precisely together to form a pattern or design. Marquetry is different from inlay work, whereby the pieces of material are inserted (inlayed) in a base with pre-cut depressions.

IT EXPLODED DURING THE 18TH CENTURY
Art historians point to the 18th century as the period when marquetry art truly exploded. Widely employed as ornamentation on luxury cabinets, the most sought-after style was wood marquetry, a technique developed by Belgian artisans that eventually caught on with the rest of Europe. Although wood veneer is usually the go-to material for marquetry work, artisans also experimented with other materials for inlays, from hardstones and marble, to mother-of-pearl and various types of metal. This adventurous use of materials eventually influenced contemporary marquetry dial art – a craft that is made even more challenging given the demands of miniaturisation and space constraints.

An artisan sorting out straws for Cartier's straw marquetry dial

THE WATCH WORLD CAUGHT ON LATE
We recall it was around 2010 when marquetry work started appearing on watch dials in greater numbers. The slow take-up could be due to watch brands needing time to research and develop marquetry techniques specifically for watch dial ornamentation, and to embark on a shift from more tradition forms of metiers d’art like enamelling and engraving. 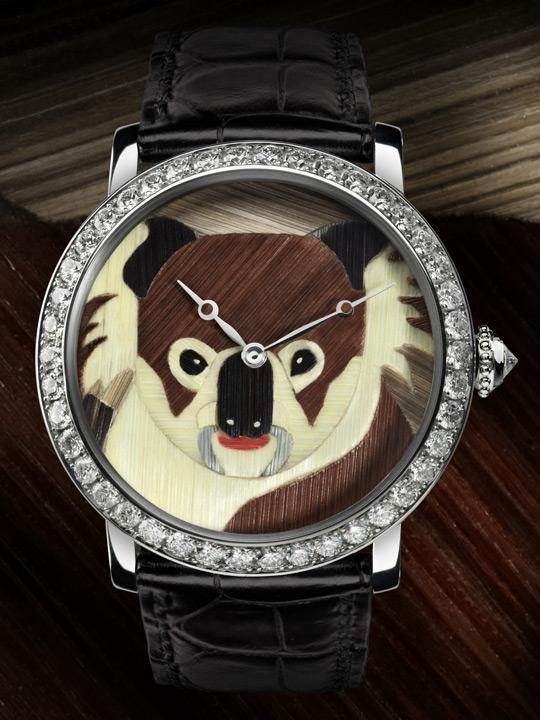 BUT THE SPIRIT REMAINS ALIVE
At the advent of modern marquetry dial art, creations typically referenced the wood marquetry ornamentation of the 16th to 18th centuries. Among the first proponents was Patek Philippe, which introduced the Royal Tiger with wood marquetry dial in 2010.

But just as it was in the past, besides the ‘conventional’ use of wood, some brands are experimenting with a variety of materials. Among our favourite marquetry watches for 2018 are Hermès’ Slim d’ Hermès Les Zebres de Tanzanie and Arceau Cavales, which feature leather marquetry work, a technique developed by the brand, and Piaget’s Altiplano Stone Marquetry Tourbillon using malachite or lapis lazuli.