When luxury horology got really competitive.

Taking a leaf from motorsports, the brutish Nissan Skyline R34 is a pants-wetting ‘sportscar’; while the Aston Martin DB5 of comparable power and cult appeal is a ’luxury sportscar’ that projects a wholly different personality, one characterised by refined elegance, to say the least.

FIRST, THE OG
A luxury sports watch then, is sleeker and hardier than a dress watch, yet prettier than a tool watch. Within these admittedly crude parameters, the definitive luxury sports watch that immediately comes to mind is the Audemars Piguet Royal Oak. It is after all, the OG; the one that started it all from back in 1972. 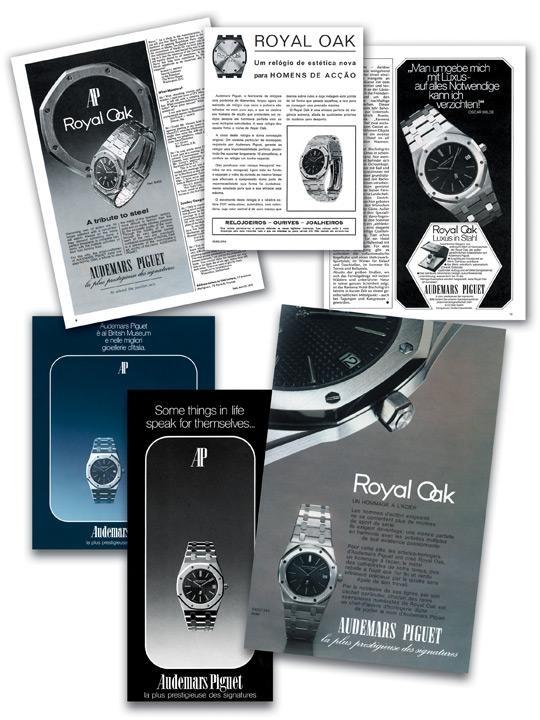 Today, many watch brands famously declare that they treat stainless steel as a precious metal. But it was actually Royal Oak that pushed this mantra to the extreme some four decades prior.

But how did that even come to pass? The 1950s and 1960s were boom decades, a time when the world had shrugged off the waste of global war to power a golden age of exploration that drew men of action to the very ends of the earth. They climbed mountains and dove into the deep. On their wrists were a pantheon of now-legend tool watches the likes of the Rolex Explorer, Omega Ploprof, Blancpain Fifty Fathoms and TAG Heuer Carrera.

But the early 1970s were a different time. Recession was just round the corner and the Swiss watchmaking industry was in the grip of a deepening quartz crisis. Different times required a different strategy, and Audemars Piguet placed its bet on a radically unique timepiece that turned conventional watch design codes on its head.

The Royal Oak was penned in less than a day. Designer Gerald Genta got his brief over the phone from then managing director Georges Golay just a day before showtime at Basel. 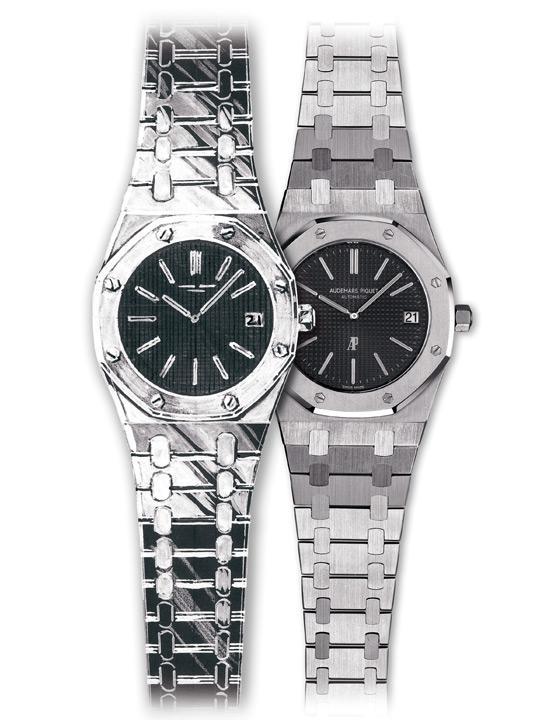 Original sketch of the Audemars Piguet Royal Oak circa 1972

The first Royal Oak was large for its time at 39mm across. Its highly complex construction featured a monocoque steel hull, exquisite guilloche dial, exposed gaskets and signature octagonal bezel secured by an octet of what appeared to be screws but were actually bolts. In place of lugs, it had an integrated bracelet of dissimilar component links that lent the Royal Oak svelteness. It cost a pretty penny, too: at more than 3,000 Swiss francs, it cost more than a gold watch.

ADOPTERS AND EVOLUTIONISTS
It did not take very long for other watchmakers to fill the genre created by Audemars Piguet. Other notable luxury sports watches of the 1970s include Patek Philippe’s Nautilus introduced in 1976 (below); IWC’s Ingenieur SL also from 1976, an update of the Ingenieur that was released in 1954; and Vacheron Constantin’s 222, a precursor of its Overseas collection. 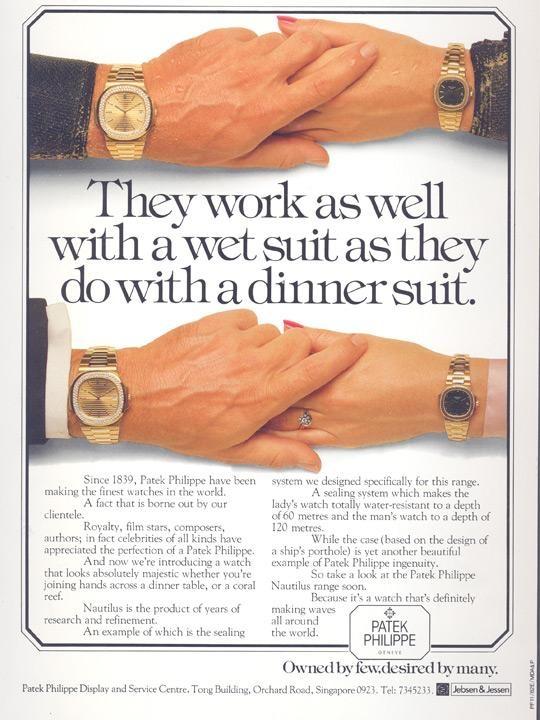 Like everything that hasn’t gone the way of dinosaurs, luxury sports watches also needed to evolve. The innards have been upgraded, and new designs have entered the fray to expand and at the same time, frustrate the definition of what a luxury sports watch is.

Of note, yesteryear’s tool watch is today’s luxury sports watch: Paul Newman’s 1968 Rolex Daytona is a tool watch despite its $18 million price tag (at 2017’s Phillips auction). But today’s Daytona is a wholly different breed. It’ll still perform as a sports/tool watch, but it’s being retailed as a luxury sports watch, and gentrified accordingly with cases in precious metals and ceramic bezel to keep the watch pristine as jewellery, unlike its predecessors that wore their scars as a matter of course.

This tool-luxe transition has also been effected on Omega’s offerings, such as the Seamaster Aqua Terra Fine Jewellery in gold and precious stones (above), boasting a ‘Master Chronometer’ movement impervious to the strongest magnetic fields. Also in this class is Panerai – in its previous life, a defence contractor supplying instruments and watches to the Italian navy and combat divers; today, a luxury sports watch specialist on the cutting edge.

Higher complications, new materials and methods are just part of the technical evolution undergone by the watchmaking industry in general; this also includes the shift towards in-house movements. When the Royal Oak, Nautilus and the 222 were launched in the 1970s, they were driven by ultra-thin automatic movements based on Jaeger-LeCoultre’s 920. Today, these watches have all transitioned to in-house movements.

TECH-LUXE?
Nevertheless, a most radical re-writing of what makes a luxury sports watch, is nearly upon us, from the outside: smart wearables. From having discreet smart modules affixed to the strap of some Timewalker models, Montblanc has graduated to making full-blown Summit smartwatches, in all respects similar to the ‘regular’ watch with cases in a variety of metals and crown, but behind the sapphire crystal is an AMOLED screen driven by a computer module running Android.

Meantime, TAG Heuer has taken the concept even further: its Connected smartwatch is modular in design and, after two years, owners can opt to swap the smartwatch for a special edition mechanical Carrera module! 2018's version takes the cake, though. Housed in a white gold case and paved with 23.35 carats of diamonds, the latest TAG Heuer Connected Modular 45 is by far the world’s most expensive smartwatch, retailing at 190,000 Swiss francs.

This closing of the mechanical-electronic loop is genius - and a further infusion of ‘weird and wonderful’ into the story of the luxury sports watch that is still being written.