The watches survived, we almost didn’t.

The occasion may be celebratory, but this being Luminox – a brand famed for supplying military-grade timekeepers to the Navy SEALs – there was no way the brand would pass up on the chance to launch its new watches without some sweat and grime thrown into the mix.

And why not? Just check out the watches Luminox was unveiling, like the new Navy SEAL Chronograph 3580 Series, encased in ultra-tough proprietary Carbonox cases. One even came with the famous Navy SEAL saying ‘The only easy day was yesterday’ inscribed on the dial… you get the idea.

There was also the ICE-SAR 1000 Series, a new collection created in tribute of the Icelandic Association for Search and Rescue, of which Luminox is an official partner.

As well as the Deep Dive Carbonox 1550 Series, the latest in a line of dive-ready watches that housed in Carbonox cases like the 3580 Series and water resistant to 300m.

And then there was this guy. 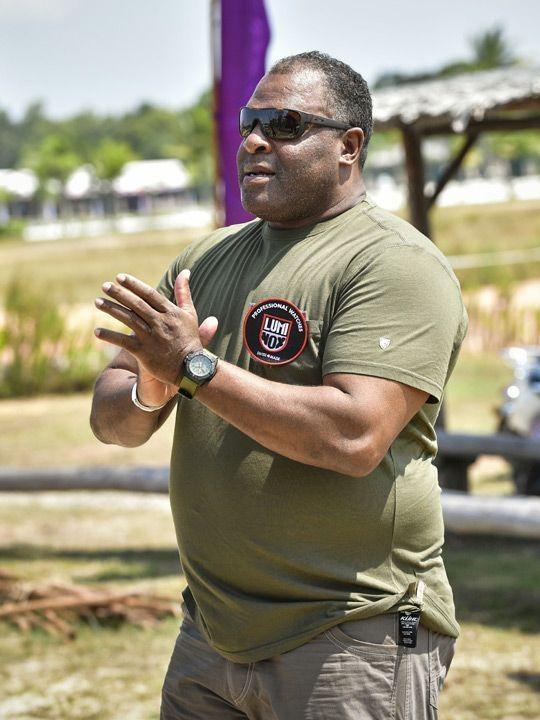 You are looking at Rob Roy. A retired Navy SEAL, Roy spent 26 years in the US Navy, 20 of which as an active member of the Navy SEALs. He wouldn’t share too much about his missions, but he was a vital member of the US government’s anti-terrorism team. So yes, he is pretty badass.

Luminox enlisted Roy as ‘Commanding Officer’ of its self-styled Jungle Survivor Course, a one-day event held at The Canopi in Bintan, Indonesia. The watch brand wanted to instil the Navy SEALs’ ‘The only easy day was yesterday’ mantra among participants from Singapore, Malaysia and Brunei.

Suffice to say, Luminox succeeded with its objectives.

Participants were each issued a Luminox watch, ostensibly for us to abuse throughout the day. Yours truly rocked the Navy SEAL Chronograph 3580 Series with blue dial, embedded with the brand’s trademark light tubes that can stay illuminated for up to 25 years.

Strapping on the watches, participants were put through the paces. Divided into groups to complete small ‘missions’, we experienced tiny slices of military-style activities.

Such as synchronising our timepieces at the start of our ‘missions’.

And getting physical with push-ups as ‘penalties’ in team-bonding sessions.

And traversing through the jungle to get to our check-points.

And enduring a horrid kayak ride. (Okay, that was just me.)

And building our own team shacks with wooden poles and palm leaves. 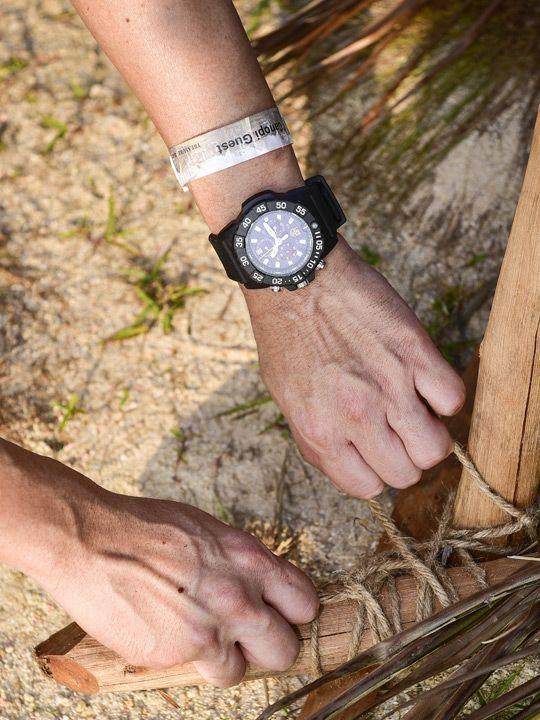 And guess what? We all made it – especially the watches, which came through splendidly with nary a scratch.

We will get deep with the new watches with a proper review another post. But as far as first impressions go, the Navy SEAL Chronograph 3580 emerged like a champ – its ultra-lightness, easy legibility and rollicking machismo made it a pleasure to wear, whether under the scorching sun or getting drenched in the river.

In the meantime, we would just like to salute Luminox for allowing us to test the limits of its brand new watches, and for pushing us to the limits. Well, as much as a comfy presser would allow, that is.