“We didn’t start the company to make money.” 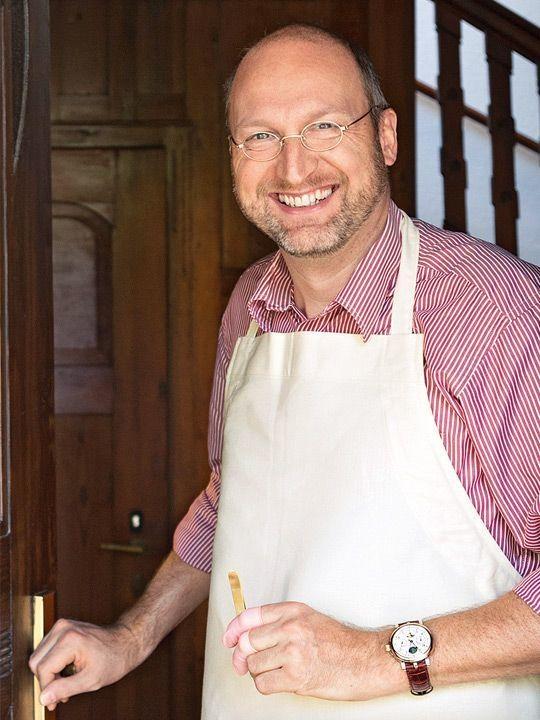 It’s been 17 years since German watch manufacture Lang & Heyne was founded but if this is the first you’re hearing about it, that’s because the brand only entered the Singapore market late last year.

Its co-founder, Marco Lang, is a fifth-generation watchmaker who started the brand with fellow watchmaker, Mirko Heyne (hence the brand name), who later left for another German manufacture, NOMOS Glashütte.

The brand set forth to create wristwatches in the Saxon style of pocket watches—classically elegant with Roman numerals and a small seconds sub-dial at six o'clock—and currently makes no more than 50 pieces a year. With just 13 employees (out of which nine, including Lang himself, are watchmakers), Lang stresses that every single component the brand manufactures is finished to the highest standard.

Apart from the high level of finishing, other characteristics that Lang & Heyne prides itself on are the solid gold wheels in each movement, as well as a unique silver grinding finish. Used in the 18th and 19th century, a special mixture is applied to the brass components with a stiff bristled brush (below). This results in a finely grained surface, which is then plated in gold.

The models are also named after Saxon kings. Lang reveals he took inspiration from a huge mural in the heart of Dresden. "It's called the 'Procession of Princes'. When I make a new model, I will look to the mural for a new name," he says. "The problem is most of them are called Friedrich, which explains why we have Friedrich II and III in our collection!"

It’s clear the brand was born out of a passion for watches. “We didn’t start the company to make money,” Lang explains. “It was more about art and emotions for us, and it was very easy to bring this emotion to the customers. The success came later.”

What was it like when you started the brand?
The first year, we went to Baselworld with just the prototypes from our first model and we got 40 orders, just like that. For a two-man brand, it was too much and we were not prepared for this scale of production! This became very complicated because now we not only had to make one good watch, we had to make 40 perfect watches.

Now you make 50 a year. Any plans to increase that number?
We had a new investor in 2013 and with him, we were able to move towards increased production. Hopefully, we will be able to increase our number of watches to 100 next year, but not more because we love being an independent brand.

Tell us about the very first Lang & Heyne calibre.
That would be the Calibre 1 in the Johann (below) and the Friedrich, but it’s not the same today as it was when we first created it. Back then, I used parts from Unitas for the minute and second wheel, but since 2005, we’ve made all our wheels from gold. We are now the only watch brand in the world to use gold wheels in all our collections. 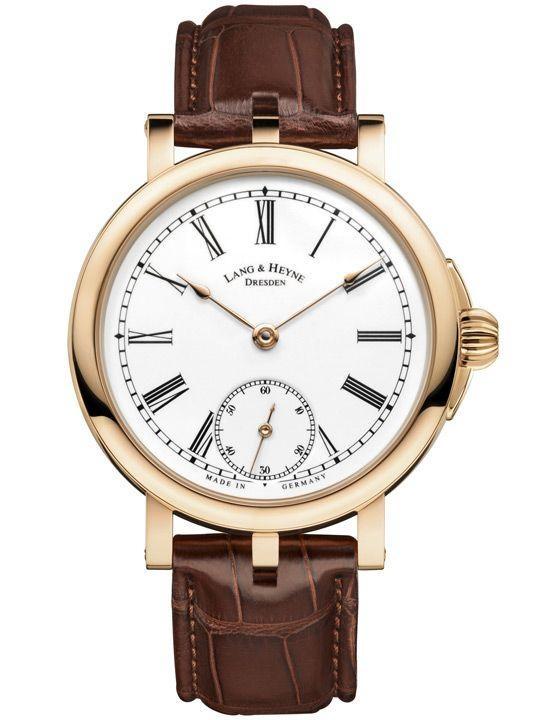 What made you decide to take the brand to Singapore?
You’d be surprised but many of my AHCI colleagues started in Singapore instead of Europe. It’s a very sophisticated market for independents, especially in East Asia. We started selling watches in Japan in 2004, then later in Hong Kong. Last year, we had the opportunity to work with Sincere Fine Watches. Now, so many collectors from Malaysia and Indonesia are also learning about Lang & Heyne.

How has the brand evolved since 2001?
If you asked me back then, I couldn’t have imagined that we would be where we are now. I mean, we even have contact with customers in Singapore now! When I was an apprentice, I thought my whole life would be spent alone at the worktable every day. Now, we travel the world to meet collectors who love what we do. This makes me very proud.