11.17pm - a time etched into Angela Lee's memory (and wrist) forever. At that exact moment on May 6 this year, Lee became the youngest-ever winner of the inaugural Atomweight belt of ONE Championship, beating fellow professional fighter, Mei Yamaguchi of Japan. Inspired by a spectator's Instagram picture (Timmy Tan @TimeWerke, below) of his Casio watch displaying the decisive time of victory against the backdrop of the cage as confetti fell, Lee decided to capture the moment with a tribute on her wrist. 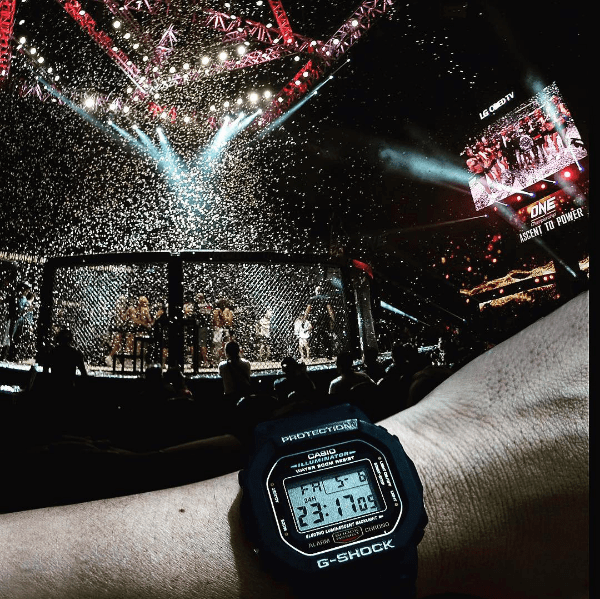 A Canadian-American citizen with Singaporean-Korean ethnicity, the 19-year-old MMA world champion also happens to have both a black belt in taekwondo and a brown belt in Brazilian jiu-jitsu. She credits her start in MMA to spectacular wins in overseas competitions.

“When I was 16, I travelled to Greece and Croatia and won the Junior World Pankration Championships twice,” she reveals. “After that, I decided I wanted to pursue a professional career in MMA.”

Here, she shares what time means to her and what her dream watch would be.

You’re turning 20 this year. Is age an advantage when it comes to your sport?
I don't think age plays a role in MMA, rather it's the number of years of experience that matters most.

It’s just been slightly over a month after you won the atomweight belt and you’re already gearing for your next fight. Can you break down your schedule for us – how many weeks does it take for you to recover from a fight, do preliminary training, and how long does the most intense part of your pre-fight training last?
Recovery time after a fight varies, depending on how the fight went and how much damage was taken. The fight itself is 25 minutes at most, but the fight camp leading up to it is what takes the biggest toll on the body. Each fight camp lasts six to eight weeks and I train six days a week for up to seven hours a day, which equates to 336 hours of training. So a couple days of rest after each fight is ideal to unwind and heal the body.

They say time is relative. Each MMA round lasts five minutes. Does each round whizz by or does it seem like an eternity for you?
Honestly, for me, it feels like each round just flies by. I usually lose track of the rounds because I keep a very busy pace throughout my fights and I'm always looking for the finish.

What are some of your best childhood memories?
I had an awesome childhood because I was always surrounded by a loving and caring family. I remember having some of the best days just playing outside for hours with my younger brother, Christian. My other favourite memories were going on vacations and trips with my family. 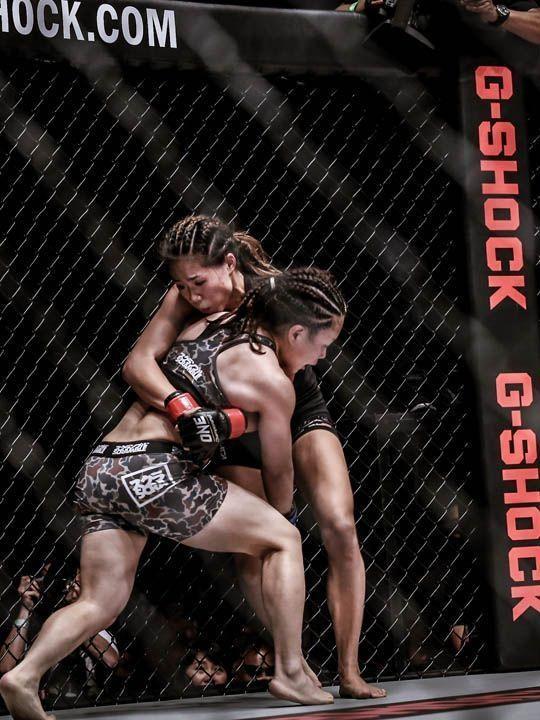 People often hail victors and victories, but failures shape character. Tell us about the low points in your professional career.
There are many highs and lows that everyone goes through on their journey as a martial artist. Some obstacles I've faced were being separated from my family, training through sickness and injuries, and dealing with a break up weeks before my title fight. I was able to overcome this and more by staying mentally strong. I spoke with my family every day, listened to their advice, and always found something to be grateful for, no matter how low I was feeling.

Casio has kindly facilitated this interview and is a sponsor of ONE Championship, so we are about to ask a few questions about watches. When you hear the words “Casio watch”, what comes to mind, and why?
When I hear Casio, I think G-SHOCK, and I think toughness, durability, reliability, convenience, and practicality.

We often see pictures of you in sports attire or in the ring. How would you dress on a date and what kind of watch would you wear?
I would wear a nice summer dress with a vintage style digital watch.

If you had the chance to ask Casio to create a watch for you to aid your training, what kind of dream features would you put into it?
I would love a watch that could track my heart rate, count the amount of strikes (punches and kicks), and measure the velocity and force of strikes.