How To Make A Watch For A King

Keeran Janin, founder of boutique watch brand Avantist, did it and survived to tell the tale. 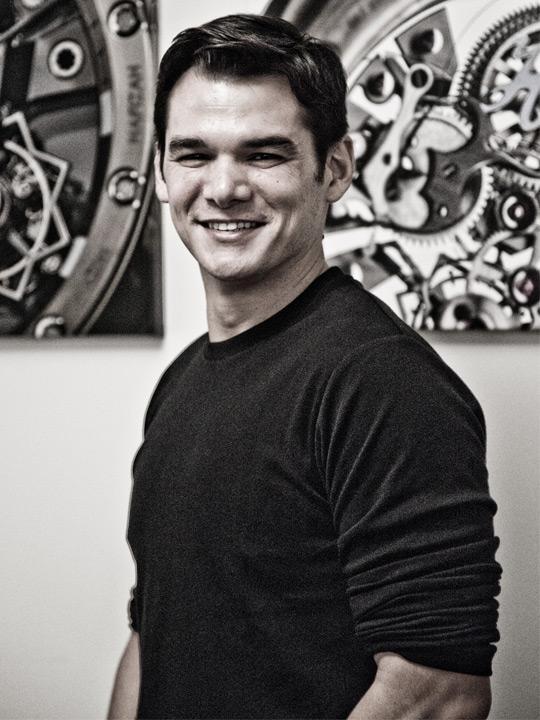 Two years ago on 5 October 2017, the Sultan of Brunei Haji Hassanal Bolkiah celebrated the 50th year of his rule in appropriately superlative pomp. The festivities would last for a month, but that day was the grandest as the king took the spotlight in a royal procession through the streets of Brunei. The event was a sensory overload but knowing that the Sultan is an avid watch collector, horophiles naturally directed their attention to what he was wearing on his wrist. What they discovered was surprising and intriguing in equal measure.

The watch that the Sultan of Brunei wore on one of the most important occasions of his life was the Le Majesté, a one-of-a-kind timepiece made by Avantist, an under-the-radar boutique watch brand that was barely two years old at that time. Clad in a see-through sapphire case, the Le Majesté features a tourbillon at six o’clock, housed in a rotating carriage in the shape of an eight-pointed Rub el Hizb star (a revered religious symbol), hour markers inscribed with the names of each of the king’s 12 children, his initials set in ultra-intense Super-LumiNova, amongst many other bespoke details. It is said that even the size and weight of the watch had been specially calibrated to suit the sultan’s wrist.

“So this is really a timepiece that is not only fit for a king, but based on an actual king,” says founder of Avantist and creator of the watch, Keeran Janin. Here, he recounts the incredible journey that went into crafting the piece-unique Le Majesté for the Sultan of Brunei.

Take us through the genesis of the Le Majesté. What sparked the idea?
“Our debut collection was the Legend Series, a limited edition range of watches featuring dials embedded with strings from Martina Navratilova’s competition winning tennis rackets. In 2017, we did a version to commemorate the Golden Jubilee of the Sultan of Brunei's coronation. But instead of tennis strings, we put threads from an original Bruneian flag that was flown on the day of the Sultan's coronation.

We got the flag off a collector, took the yellow threads from the fabric, and put it in the watch. We made 50 pieces. What we didn't count on was for the Sultan to buy all 50 pieces and gift them to heads of states around the world! For a brand that was barely 18 months old at that time, to have our watches worn by royalty and presidents was not a bad thing at all.”

So after Legend Series’ Golden Jubilee, you feel you could do something bigger?
"I felt that the timing was right to build something really special. The Sultan of Brunei is a well-known watch connoisseur and I was racking my brains on how to make a watch that would compete with all the top-end watches that he already has. I had the idea to create a tourbillon collection. But of course we needed to build it first, and raise funds for the project’s R&D.

So we identified a few collaborators to help us with this: primarily Etude de Style, which had been responsible for the designs of four GPHG ward-winning watches; and Concepto, a renowned boutique movement making company. With both companies, I told them I wanted to make a watch for the Sultan of Brunei, something that would make him take off the watch on his wrist and put on what we had created. They were more than up for the challenge.”

How did you get the money to do this?
“I spoke to some really important Bruneian businessmen to sound them out. In Brunei, we have a tradition called pesamba, which means 'tribute' or 'gift', that one would present as a token of appreciation to a visiting royalty. I convinced them that it would be a good idea to present the king a really special watch as their pesamba. After all, it is during this reign that the businessmen became really successful, which they agreed. So instead of spending millions on a Jacob & Co. or a Richard Mille, which the king probably already has, how about a truly personal watch in which everything is designed around him? They said 'of course' - provided that I could pull it off.

How did you start designing the watch?
"We started by making a giant mood board. We began by compiling every single public photo of the Sultan that showed him wearing a watch, starting from around the 1980s. We then went through the process of identifying those watches so that we knew his wrist size, the size and weight of watches that he likes, his tastes and so on. And as we did the analysis, we then had a better understanding of his preferences and how they evolved.

So what watches does the king like?
“He seems to favour two main brands in recent years - Richard Mille and Luminox. These are brands at two very different ends of the spectrum. But hey, you wear what you like right? So we had to find the common denominator. What we noticed was that he really likes highly luminous watches and sapphire cases.”

How did that translate to the La Majesté?
“We decided to make those two features really distinctive on the La Majesté. Then we added touches such as an eight-pointed star for the tourbillon cage, which is a venerated religious symbol in Brunei, and because he has 12 children, it was perfect for us to inscribe their names on to the hour markers. The first child was at one o'clock, the second child at two, and so on. The movement is skeletonised. He likes Richard Mille, but we wanted to make something to his taste without making a copy of a watch. And on the back, we further personalised it by sculpting his initials in lume on one of the gears, and it glows like crazy!"

What was it like to present the watch to the sultan?
"It took about 18 months from having the concept to the final watch. It was a lot of work, involving so many people, the designers, movement guys, suppliers... not just the sponsors and myself. And what if the sultan doesn't like it? I would've been a laughing stock.
Obviously, I was nervous as hell at the private audience. It's not like you can walk up to him, shake hands and present the watch. There are protocols, and we have to speak in a specific language known as bahasa istana. I practiced like mad with my mother! I remember shaking like mad when I presented the watch but I can safely say that he loves it. You could tell when he put it on. We presented the watch two weeks before the Golden Jubilee, and on the day itself, he was on the royal chariot wearing our watch."