How It Works: Dive Watches

To be absolutely frank, most diving enthusiasts would much rather strap on an advanced electronic wrist-computer than a top-dollar luxury dive watch for their deep-sea excursions.

But that is not saying that mechanical dive watches are just for show. Quite the opposite, we believe they are the epitome of tool watches – engineered to insanity, and armed with ultra-robustness and myriad features that not only help brave the elements, but accompany you to the ocean depths if need be.

Think of it as a little like owning a supercar. You can brag about the ride leaping from 0 to 100km/h in three seconds without really having to demonstrate it yourself. It is not the most practical feature for your daily drive, but you know that it is up to the task, and of course, if you really wanted to put it to the test, you could.

Likewise, even if one never gets his dive watch wet, it's nice knowing that it can survive up to 2,000 meters, or that its various gauges and alarms will perform admirably when called upon.

When part-time endurance swimmer Mercedes Gleitze attempted to swim the English Channel in 1927, on her wrist was the world’s first waterproof wristwatch, the Rolex Oyster (pictured). Although Gleitze was overcome by icy waters that day, her Rolex Oyster emerged unscathed. The famous event not only propelled waterproofed watches into the limelight, but led to innovations for greater dive capabilities in timepieces, as watch designers and constructors rushed to build on the Rolex’s waterproofing technology.

Panerai, for instance, came up with a pressure lever for the crown, now immortalised in its Luminor collection. Elsewhere, Hamilton supplied the US Navy with the ‘Sea Bees’ dive watch, featuring a double-crown mechanism that allowed frogmen to descend to a depth of 50 meters, and a unidirectional bezel to measure the time remaining on their oxygen supply.

Those who need an official checklist of features for what constitutes a dive watch can look up the ISO 6425 international performance standards. They include, amongst others, a unidirectional bezel (or a similar digital device) to measure the amount of time left in your oxygen tank, thermal shock resistance, resistance to salt water, underwater functionality, and at least 200m water resistance for deep sea diving.

DEEPER IMPACT
Manufacturers have pushed themselves hard in order to venture as deep as possible into the ocean, from fastidious engineering of cases to improve water-resistance, to pumping the timepieces with argon gas or silicon oil to withstand high pressure. 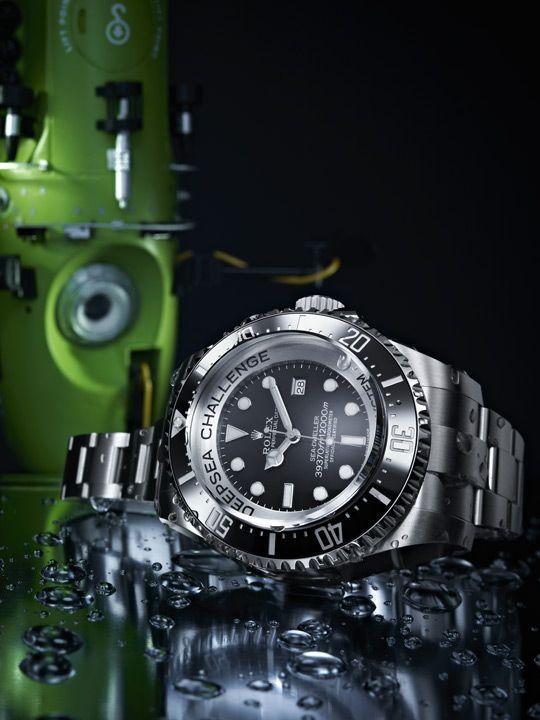 Some extreme examples include the Rolex Deepsea Challenge from 2012 (above), which is water-resistant for a whooping 12,000m underwater. Another famous example is the Omega Seamaster Ploprof 1200M from 2009. A reintroduction of a 1970s model, created then to be a timepiece worthy of extreme divers, the new version brandishes features such as the brand’s proprietary Co-Axial movement, 1,200m water-resistance, as well as a ‘shark-proof’ bracelet. 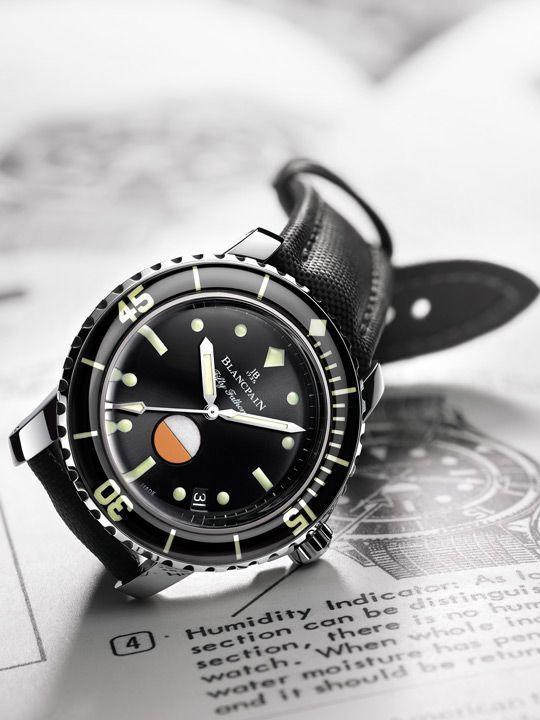 Blancpain Tribute To Fifty Fathoms MIL-SPEC from 2017, a homage to a 1950s model with water tightness indicator

Some of the most sought-after dive watches of today made their debuts in the 1950s and 1960s. Rolex’s Submariner and Sea-Dweller, Blancpain’s Fifty Fathoms, and Omega’s Seamaster are just some examples of popular dive watches with clout and longevity. In fact, all these models have new versions for 2017.