Town of Glashütte circa 1855

THE SWISS OUGHT TO SAY ‘THANK YOU’
It is an understatement to say that Switzerland is at the forefront of high-end watchmaking. Today, Swiss brands account for more than half of the world’s luxury watch output. And who do they have to thank for it? The Germans. 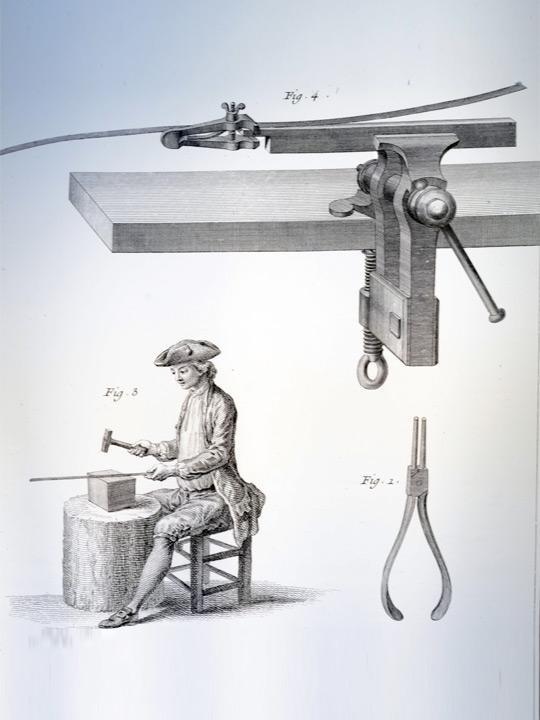 Back in the 1600s, it was the Germans who first conceived the idea of portable timekeeping by making clocks that were small enough to be carried around. Historians would even point to Peter Henlein, a horologist based in Nuremberg in the 16th century, as the man who made the world’s first watch, though his mini-clocks would be worn as a pendant or a brooch.

FERDINAND’S THE MAN
Back in the 1700s, the Germans made vital contributions to the advancement of horology with invention of tools and machinery that helped propel the watch trade. And much of this activity was centred in the town of Glashütte. And the man who pioneered it all was Ferdinand Adolph Lange.

Born in 1815, Lange served his watchmaking apprenticeship the Court of Saxony. After extensive travels across Europe working for some of the region’s most prominent watch and clockmakers and witnessing the burgeoning watch trade, Lange was enthused enough to submit a business plan to the Saxon government to raise funds for a watch factory in Glashütte, a town known for its mining industry.

IT WAS A SELF-CONTAINED HUB
Lange founded A. Lange & Söhne in 1845 and started by making pocket watches. One of the reasons that he started the factory was to train the impoverished region’s youth in watchmaking. Soon enough, many former silver miners joined the watchmaking trade and more brands began setting up factories, including pioneers like Julius Assmann, Moritz Großmann and Adolph Schneider.

The town of Glashütte flourished with the opening of supply chain businesses that included the manufacture of screws, balances, cases and tools to support the booming industry. And seeing how important education and training was to ensure the continued growth of the watch trade, the pioneering watchmakers bandied together to establish the German School of Watchmaking in 1878, also in Glashütte.

WORLD WAR II RUINED EVERYTHING
One can only imagine how far the watch companies of Glashütte could’ve pushed it, if not for the devastating effects of war. The damage to the town’s watchmaking stature was most pronounced during World War II.

Watchmakers at the Lange workshop

At that time, watch companies were forced to manufacture and supply timepieces and other timing devices to the military to support the war. As it that wasn’t bad enough, the town of Glashütte was bombed to smithereens by the Soviet air force on the last day of the war in 1945. Almost everything was wiped out, including watch factories and equipment. Anything left was confiscated by the Russians as reparations.

SOCIALISM’S ACCIDENTAL IMPACT
In 1949, the German Democratic Republic (GDR) was established when Germany was divided into East and West Germany. Businesses, including watch companies, were taken over and nationalised. A number of companies were forced to merge a few years later. These include UFAG, UROFA, VEB Mechanik Lange & Söhne (formerly A. Lange & Söhne), VEB Mechanik (Muhle & Sohn), VEB Feinterchnik and VEB Estler.

The result of the merger was the state-owned ‘VEB Glashütter Uhrenbetriebe’ (GUB), which then became the only watch producer in Glashütte. The entity’s focus then was to produce affordable yet robust watches for everyday use. Interestingly, it was during this time when chronometer-standard hand-wound movements like Calibres 70.1 and 70.3, and the now-highly collectable Spezimatic GUB models were rolled out.

AS ALWAYS, THERE’S A REBIRTH
The collapse of the Iron Curtain led to the reunification of Germany in 1989, and with it the revival of several German watch companies. The former state-owned ‘VEB Glashütter Uhrenbetriebe’ (GUB) underwent transformation to become ‘Glashütter Uhrenbetrieb GmbH’. In 1994, it got privatised and sold to Heinz W. Pfeifer and Alfred Wallner, an entrepreneur and jeweller, respectively.

The initiative ushered a new dawn in German horology. Manufacturing shifted from producing entry-level timepieces for mass consumption, to high-end creations that place a premium on technical innovation with a handcrafted ethos. Pfeifer and Wallner’s company started producing its watches branded as ‘Glashütte Original’.

Around this period, Walter Lange, the great-grandson of Ferdinand Adolph Lange, revived his family’s watch business. Another brand worth mentioning that became prominent during this period is NOMOS Glashütte. It was founded by Roland Schwertner in 1990 and is one of the largest manufacturers of mechanical timepieces in the town of Glashütte.

The Glashütte watch industry – and consequently, the entire German horological scene – has come a long way since the days of Ferdinand Adolph Lange, whose instinct was proven right when he submitted his loan request to build a watch factory. And like a proverbial David to Swiss watchmaking’s Goliath, the Glashütte watch brands have more than held their own despite having to endure a more tumultuous history.