An introduction to this George Daniels pocket watch that sold for US$4.5 million. 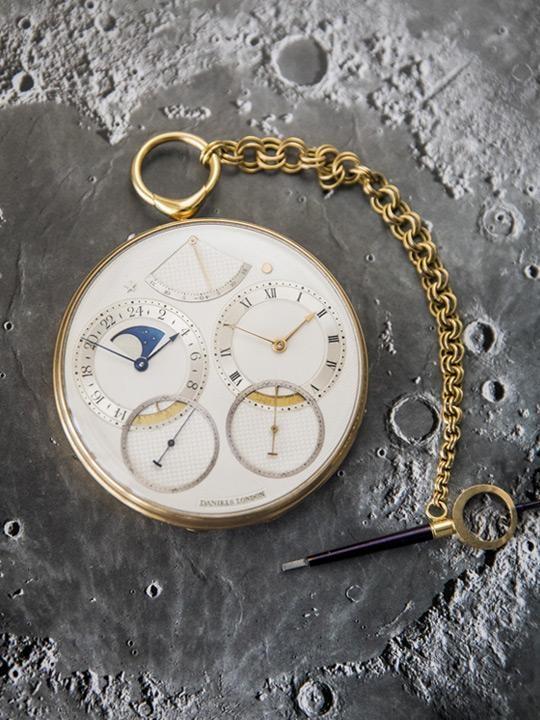 Horology buffs will be familiar with the name George Daniels. Even if you’re not, it's likely that you know one of his most famous inventions—the Co-Axial escapement, which was co-opted by Omega and features in the brand's top-rated movements, including all their Master Chronometers. An English watchmaker, George Daniels, was also the only horologist to have ever received a CBE and MBE for his contributions and services to the world of horology.

In his lifetime (1926 – 2011), Daniels made only 23 pocket watches. Of all these, the Space Traveller is the most revered. Here are five things to know about it.

It is anchored by astrological complications.
The 1969 moon landing left a great impression on George Daniels. He created the Space Traveller to pay tribute to the astronauts he admired and, in addition, constructed the watch so that it could have theoretical use to the spacemen. The Space Traveller features both solar and sidereal time, equation of time, a moonphase, and Daniels' famous Co-Axial escapement from 1974. 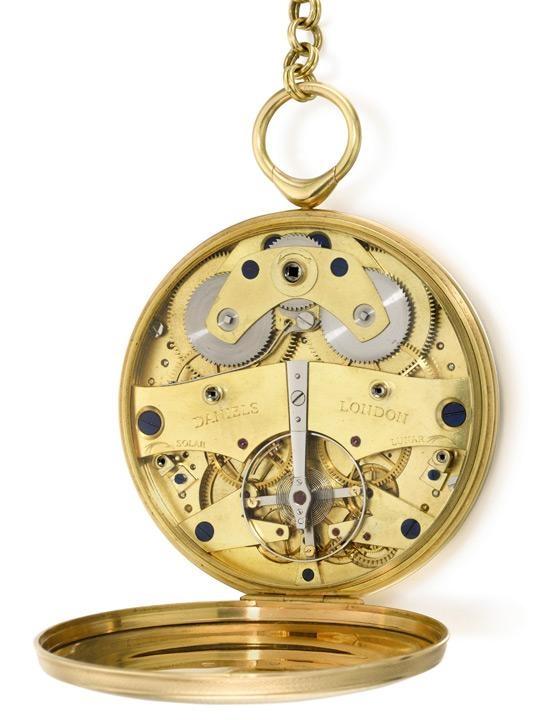 The George Daniels Space Traveller I showing the Co-Axial escapement

It was almost called ‘Daniels Squared’.
A fastidious watchmaker, Daniels wanted to improve on the accuracy of his solar/sidereal trains (already accurate to 1.27 seconds a year) and asked his friend at Cambridge University if he knew any mathematicians keen on watches. In a fascinating twist, the professor who responded was also named Daniels. He was able to reduce the variation to just 0.4 seconds a year, which pleased George Daniels tremendously. Because of this, he almost named the watch Daniels Squared, but later on decided ‘Space Traveller’ was more apt to honour the incredible moon landing.

The watch has had three owners.
Daniels first started work on the Space Traveller 1 in 1979 and completed it in 1982. That same year, the watch was sold to antique watch store in London, Bobinet, which then sold it to a private collector, a lawyer by the name of Jay Lennon. In 1988, it was sold as lot 375 by Sotheby’s Geneva, subsequently entering its private collection.

There’s another one, apparently.
Daniels was said to be so fond of the Space Traveller that he regretted his original agreement to the sale over dinner with a collector. As a result, he immediately started work on another one for himself, calling it ‘Space Traveller II’ and it remained in his own possession till his death in 2011. It was later sold for US$4.3 million by Sotheby’s London in 2017. 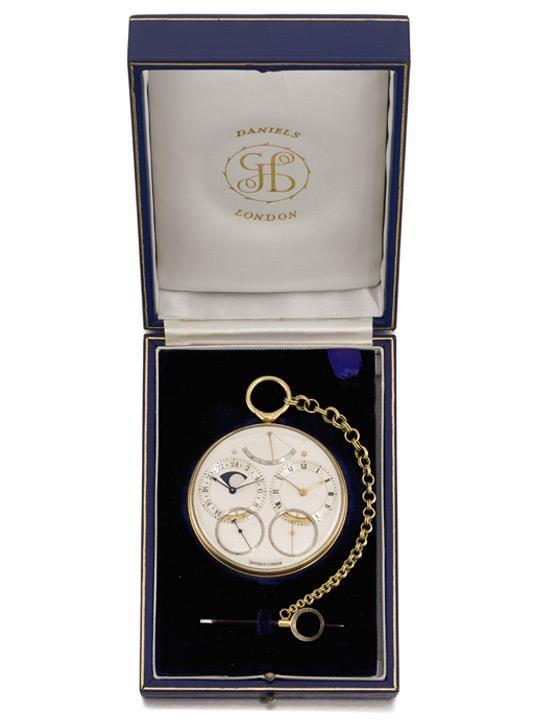 The Space Traveller 1 set a world record at auction for an English-made watch.
On July 2, 2019, the George Daniels Space Traveller I sold for US$4,561,407—over 30 times the price set by the watch in 1988, when it was last sold. With the watch estimated to fetch between US$1,000,000 and US$1,300,000, this result was a record for a watch produced by an independent watchmaker, and also the highest price achieved for a watch at auction in 2019 so far.