On the hunt for a niche timepiece? Keep your eye on these Singapore-bred Kickstarter watch brands. 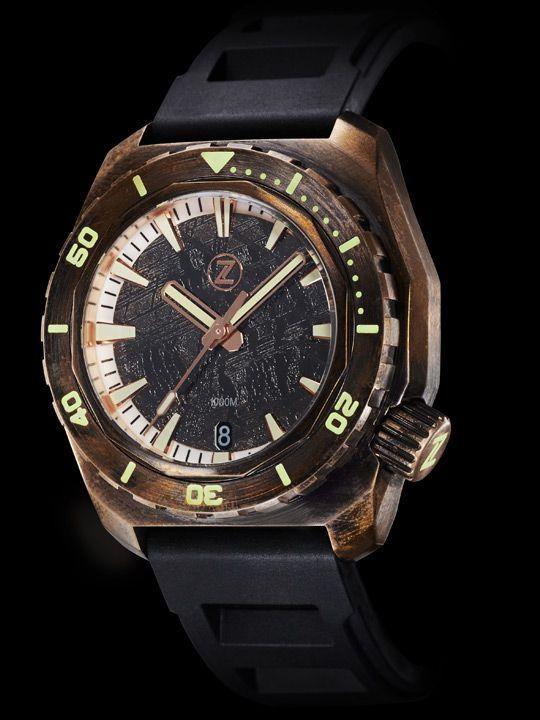 The Low-Down: Zelos was founded in 2014, and burst onto the Kickstarter scene that same year with its debut watch, the Helmsman. It was an ambitious first watch, which featured an internal dive bezel and option for a bronze case. The brand’s audacity was duly rewarded – the Helmsman reached its funding goal within four days, and Zelos went on to release several other models successfully using the same modus operandi. It has outgrown this platform though; the pre-order for Zelos’s latest watch, the Hammerhead (above), was done on its own website sans Kickstarter.

What We Like: Zelos consistently surprises with features that are highly atypical for a brand of its size. Besides the Helmsman’s internal dive bezel, there is the domed crystal on the Eagle that was inspired by a fighter jet’s bubble canopy. The Cosmos, on the other hand, shows off Zelos’ take on the mysterious display, with hands that seemingly float in mid-air thanks to the use of sapphire crystals. We’re also impressed by case materials they offer – bronze, ceramic, and even Damascus-patterned steel.

Look Out For: Each Zelos watch is limited, so be decisive should one catch your eye. Our pick is the Hammerhead with its angular, faceted case inspired by 1970s sports watches like the Royal Oak and the Nautilus, yet with enough personality to stand on its own. Available in both steel and bronze, the watch comes in several dial and bezel combinations. 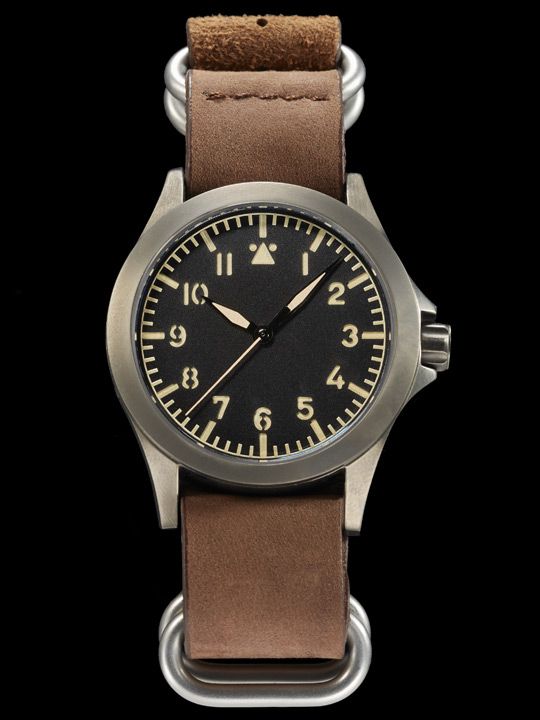 The Low-Down: Ventus was founded by two close friends. Incidentally, one of them, Elshan Tang, is behind Zelos, which makes the two brands kind of half-siblings. No conflict of interest though, as Ventus has been focusing on pilot watches thus far. The Caspian was launched in March 2015, while the Black Kite was unveiled in January this year. Both these lines received their initial round of funding via Kickstarter, but the watches are also available from the brand’s website directly.

What We Like: Ventus offers interesting variations on the familiar category of pilot’s watches. The Caspian is available in both steel and brass, while the Black Kite is strictly in carbon fibre. What’s more, these watches are available in both the ‘A’ and ‘B’ dial variations that recall those seen on vintage observation watches used by the German air force. But they are one with a twist – unlike the originals’ painted dials, the timepieces here have a sandwich dial construction which offers more depth. Prices range from US$299 to US$499, and what seals the deal for us is the logo-less dials – a sign of confidence from the brand, and a nod to the originals, which had no extraneous details either.

Look Out For: The inaugural collection’s Caspian C-01 (above) is our pick, offering a fresh take on the historical B-Uhr watch. With a 42mm diameter case, this is definitely a more wearable option than the original observation watches’ 55mm cases. The watch’s brass construction lends a touch of old school cool, and will acquire a patina over time to make the case unique to its owner, while the white-on-black dial renders it extremely visible like the original. 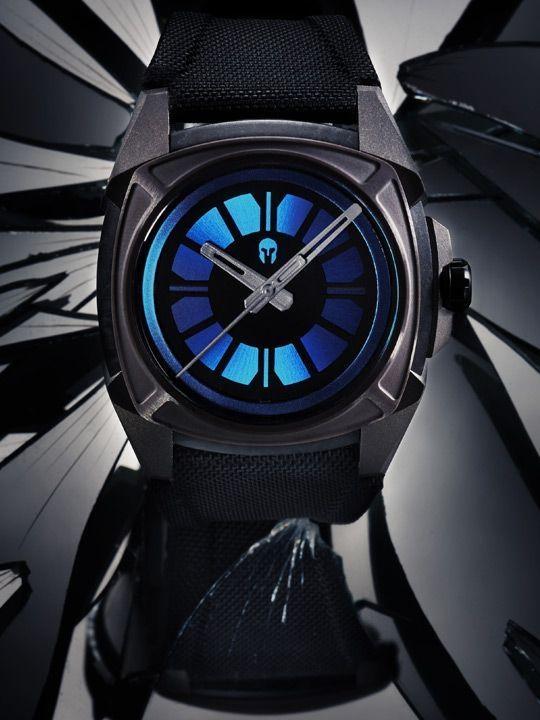 The Low-Down: A third half-sibling joins the fray! Vilhelm is another partnership between two watch-loving gentlemen and yes, one of them is Elshan Tang (believe us, we had no idea when we shortlisted the brands). The company is a fledgling one with just a single collection for now – the Elemental, which reached its initial funding goal in less than a day.

What We Like: In one word, Vilhelm is inspiring. Although Kickstarter projects at this level cannot offer any ‘in-house’ production, Vilhelm has shown that this is no barrier to offering kick-ass watches. Tang’s experience with making the most out of external suppliers is apparent – just look at how the Elemental’s watch case is a combination of titanium, ceramic, and carbon fibre components, which are all less common alternatives to good ol’ steel. The brand also offered even greater value proposition when it upgraded the watch’s movement to an ETA 2824 once there were enough orders to benefit from economies of scale.

Look Out For: We’d go for the reference with a cobalt blue dial, which is unabashedly bright, and the perfect counterpoint to the archetypal luxury timepiece’s subtler shades of blue. The four-layered dial sports various finishings, and the blue colourway perfectly accentuate these layers’ depth. 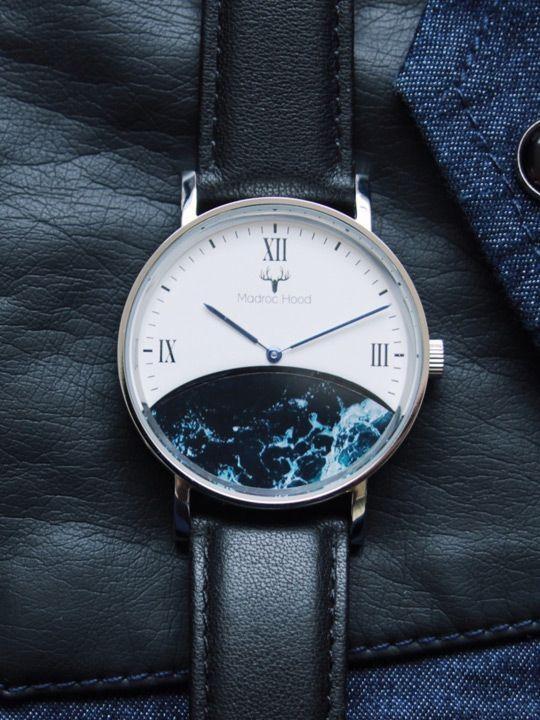 The Low-Down: In a bid to spice up their (by their own admission) mundane lives, Max and Mavis founded Madroc Hood to create watches that evoke their owners’ memories. To that end, the brand launched three timepieces on Kickstarter in August this year. Minutes by the Hood is the basic model, and has a simple time-only display with a plain white dial. Motion by the Hood features an aperture in the dial’s lower section, which shows one of four different scenes themed on getting lost somewhere, such as the woods. Memento by the Hood has the same cut-out, but the image that’s displayed is customisable by the owner.

What We Like: It’s whimsical, it’s design centric, and it’s a good reminder that watches needn’t be so serious all the time. Madroc Hood’s timepieces can simply be worn for fun, and they’re priced cheaply enough to make purchasing one an easy decision to make.

Look Out For: The three models offered by Madroc Hood are virtually similar, from their 39mm stainless steel cases to the Ronda 762 quartz movements inside. The difference lies in their customisable dials (above). One’s creativity is limited only by imagination – and the space at the bottom of the dial. The process is straightforward, too – a mock-up can be done on Madroc Hood’s website by uploading the intended design or image, which is then sent to the brand directly for evaluation. Although the brand doesn’t list the price for the Memento by the Hood, the timepiece is estimated to cost below $200, going by the original Kickstarter campaign’s pricing.