The mother of all independent collabs.

IT TOOK AN OUTSIDER…

BaselWorld 2001: German luxury leather goods manufacturer Goldpfeil set the watch fair abuzz when it presented seven one-of-a-kind wristwatches, each made by an independent watchmaker from the AHCI (Académie Horlogère des Créateurs Independents, or the Horological Academy of Independent Creators).

Each unique piece “will never be reproduced,” Goldpfeil proclaimed of the seven timepieces, signed off by what’s considered today to be the who’s who of independent watchmaking: Antoine Preziuso, Bernhard Lederer, Frank Jutzi, Svend Andersen, Thomas Baumgartner, Vianney Halter and Vincent Calabrese.

It was a historical milestone as it was the first time that a brand had enlisted members of the AHCI to conceptualise an entire mechanical watch collection. The bold initiative had been a part of Goldpfeil’s diversification efforts, as the leather goods titan sought to branch out into luxury watchmaking.

On top of the seven unique timepieces, which were to be auctioned by Christie’s in November 2002, there would be 700 more timepieces (each watchmaker would create a second model, which would be produced in a limited series of 100 each). These 700 limited editions would be branded and sold under the Goldpfeil Genevè name.

With the attention generated by the seven unique pieces, eyes would also be drawn to the limited editions, which, while still rare, would be accessible to more collectors. Goldpfeil Genève had hoped that this would prove to be an effective launch pad for the brand. 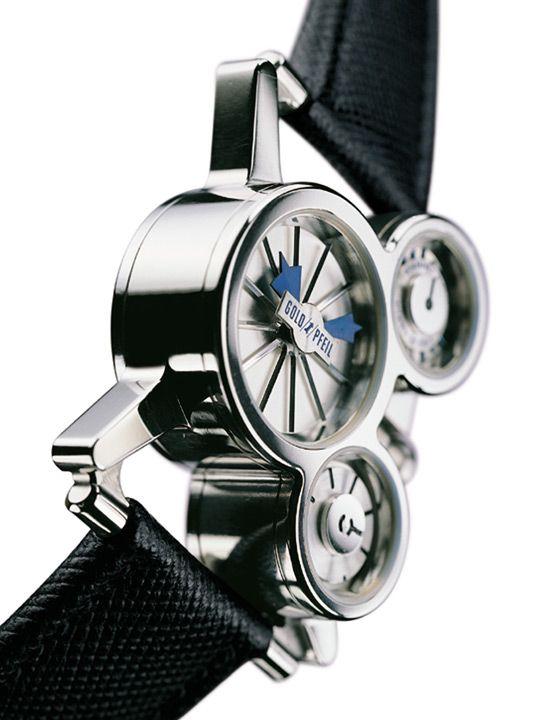 IT WAS AHEAD OF ITS TIME…

This strategy to name the independent watchmakers. Up till then, most independent watchmakers were unseen talents, deliberately hidden behind the scenes of big-brand operations. It is understood that Heinz Heimann, then president of Goldpfeil Genève, had initially approached all 28 members of the AHCI at that time, requesting for their pièce unique concepts. The plan was for Heimann to select only one collaborator but he ended up with seven because he liked the ideas. 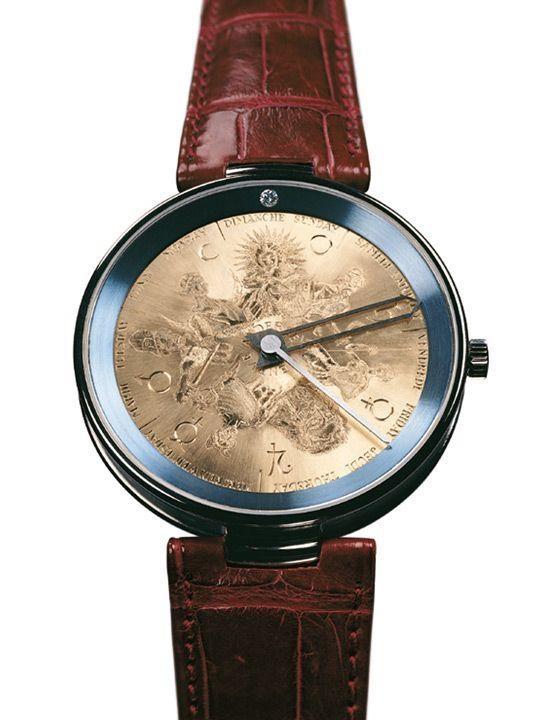 Following the Baselworld presentation, the unique timepieces embarked on a year-long world tour. In July 2002, these Goldpfeil watches (notably the limited editions) were showcased with much fanfare in Singapore with Sincere Watch as the chosen retail partner.

A few months later – after about two years since the idea of Goldpfeil watches – came to life, the day of reckoning finally came on 22 November 2002 at the Christie’s auction in Geneva. The fairytale start was not to be. Only one unique watch out of the seven offered found a buyer – a tourbillon in a tonneau-shaped 18K white gold case made by Frank Jutzi, which sold for 89,625 Swiss francs. The remaining watches were returned to Goldpfeil. Subsequently, not much was heard about Goldpfeil Genève timepieces, especially in this part of the world. 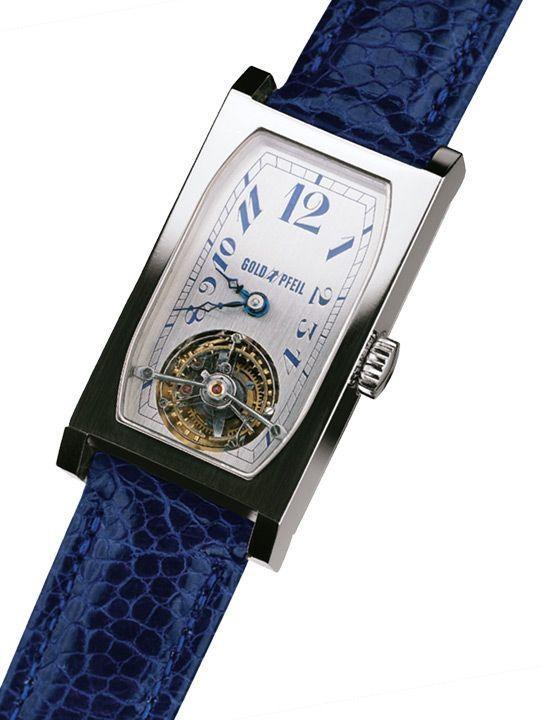 BUT WAS THE PROJECT A FAILURE?

For critics, it seemed that the auction success of the Frank Jutzi piece was the only saving grace. Meantime, life goes on for AHCI and the academy currently lists 36 members. 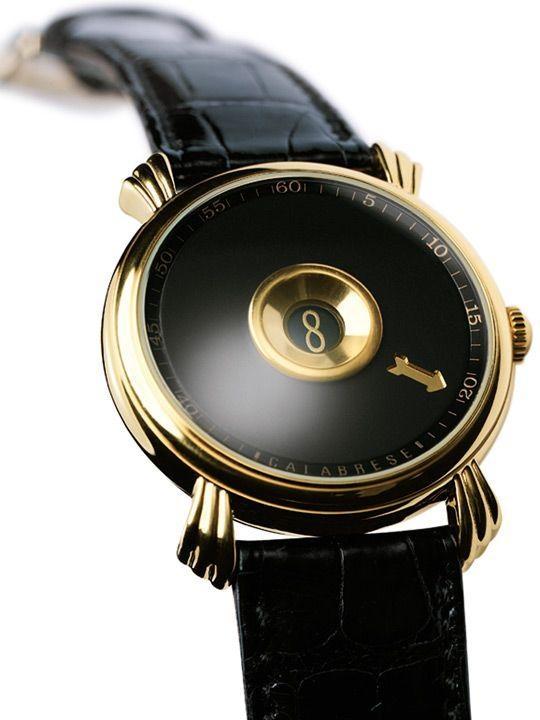 Perhaps the Goldpfeil project was too ambitious for its time but what is interesting is how its collaborators have risen in prominence over the years. All the original watchmakers of the Goldpfeil team remain as members of the AHCI, save for Thomas Baumgartner. His brother, Felix, who was also involved in the Goldpfeil project, is an existing member. Felix Baumgartner continues to do well with the Urwerk brand name, which he founded in 1995 with Thomas and designer Martin Frei. 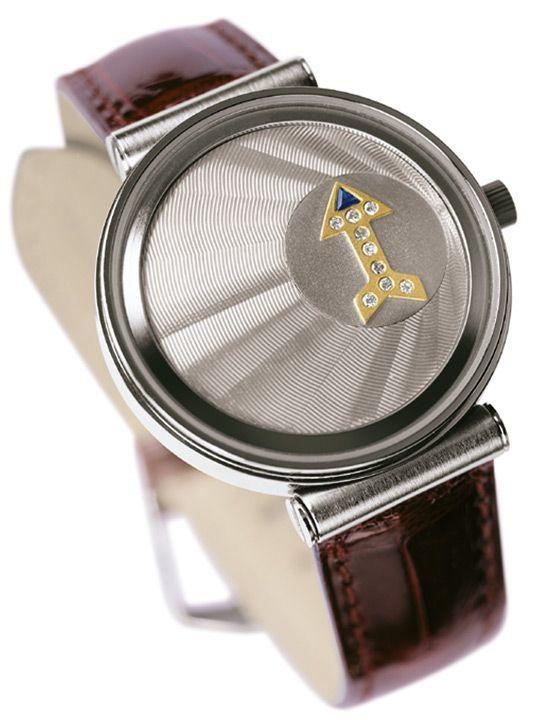 Some of the original seven watchmakers have even been on further adventures with other brands, most notably Harry Winston with its Opus series. While others continue to persevere and excel. Vianney Halter for example, most recently won the “Innovation Prize” at the Grand Prix d’Horlogerie de Genève for his Deep Space Tourbillon. 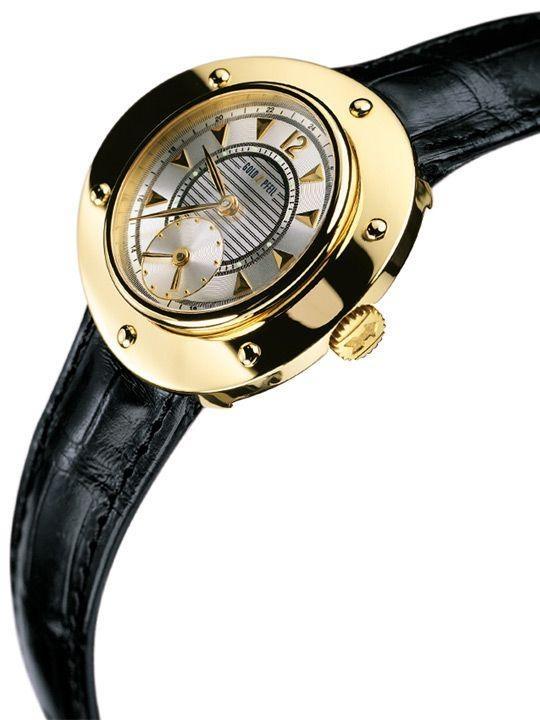 “One must remember that from the start, the project was not set up to be a commercial one but to build up the Goldpfeil brand name,” surmises Ong Ban, chief executive officer, Sincere Watch. “Who is to deny them the pleasure that they succeeded? It really depends on how you define success.”