Singapore jazz legend Jeremy Monteiro launches his own line of watches – and they rock. 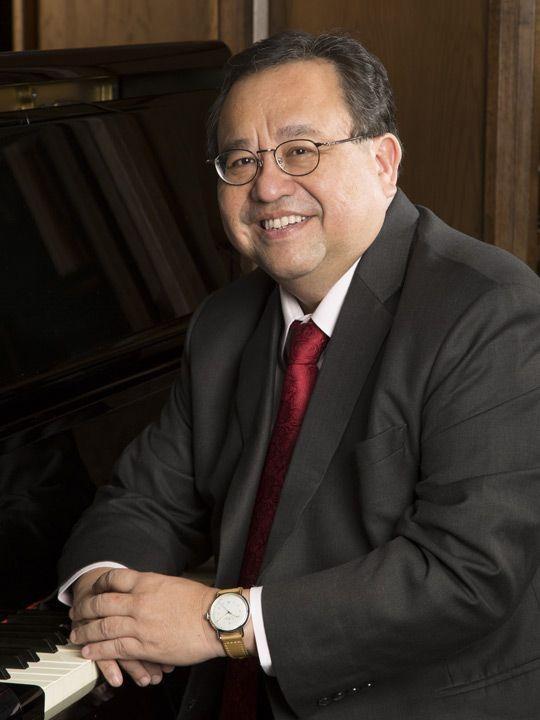 When CROWN met Jeremy Monteiro at his home last year, Singapore’s very own ‘King of Swing’ had just wrapped up a packed 40th anniversary concert at the Esplanade Concert Hall weeks earlier. On his desk, a typed ‘thank you’ note to President Tony Tan, who attended the concert, and sheet music to One People, One Nation, One Singapore, one of the country’s most well-known National Day songs, which he composed in 1990.

The accolades and memories – the walls of his studio room are plastered with photographs of Monteiro with blues, funk and jazz legends – are proof of a musician still going full-throttle at the top of his game. But Monteiro says he doesn’t want to be “straight-jacketed by music”.

“I met a fellow musician, whom I worked with on some music at his studio, and came across some blueprints for furniture. Turns out that he’s also a designer! That switched a light bulb on for me,” says Monteiro. “I realised that I, too, can apply my creativity to areas outside of music, from writing books to creating watches.”

This serendipitous exchange spurred the J. Monteiro line of watches, which are now available at Red Army Watches at Millenia Walk and Wisma Atria, and Krasnaya: The Watch Art Gallery at ION Orchard. Here’s what you should know about them.

THEY'RE DESIGNED BY MONTEIRO HIMSELF
The collection marks Monteiro’s first foray into the world of horology – or, as he describes, a stab at creative expression beyond the canvas of jazz music. It also combines his musical and aesthetic inspirations. “The idea was to make a classically strong looking watch with modern touches. I’ve always like the Bauhaus design style, so we used that as an aesthetic guide,” explains Monteiro.

YOU GET TWO OPTIONS 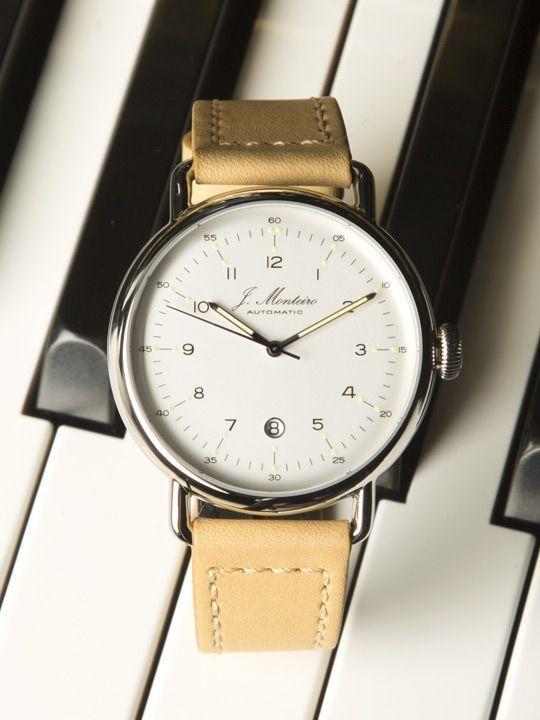 Choose from ivory or ebony dials (geddit?) paired with brown or black leather strap for the former, and black strap for the latter. And here’s a tip for collectors who are undecided: the ivory dial and brown strap stands out more, but the ebony dial better expresses the creator’s musical nuances as its red accents are inspired by the remnants of the red felt cover left on the keys.

NO QUARTZ HERE
The watches are driven by the Miyota 8251 movement with a rotor decorated in the style of Côtes de Geneve, visible through a transparent caseback. Monteiro explains the choice of movement: “We could have used Swiss movements, but it would have nudged the price of the watches to the S$1,000 category, which wasn’t something that I wanted.” Which brings us to the next point. 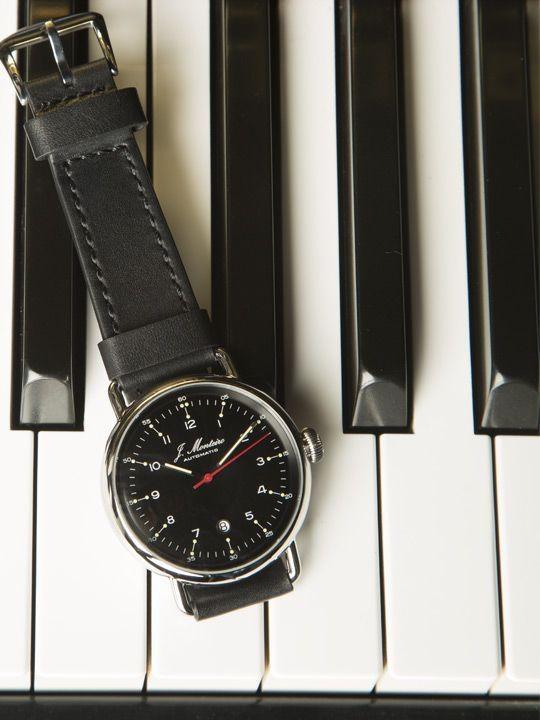 You’d think a mechanical watch by the jazz legend would be a little pricey at least. Especially if they’re not produced in large quantities (economies of scale and all, right?). But each timepiece is retailing for just S$750—a steal, if you ask us.

EXPECT MORE TO COME
Already, plans are afoot for follow-up collections. Monteiro reveals that a boy’s sized Elegância in 36mm case decorated with Swarovski crystals are in the works. There is also second collection, called Porto, for this year, and a third for 2018, to commemorate the 20th anniversary of his breakthrough performance on the main stage of the Montreux Jazz Festival.

“We will be releasing a commemorative limited edition box set including the watch with Swiss-made movement, tentatively called Montreux ’88 with CD and DVD,” he enthuses.