Because women and complications go hand in hand. 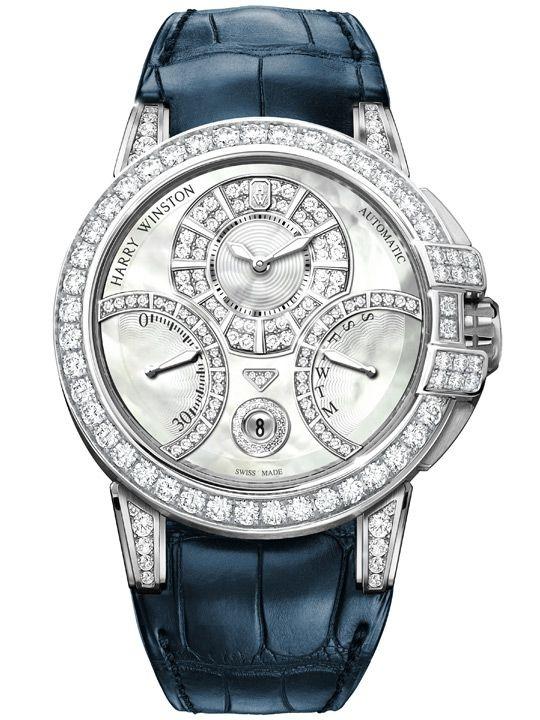 A total of 351 brilliant-cut diamonds (approx. 4.37 carats) adorning this timepiece from the “king of diamonds” is reason enough for anyone to want to get up close to it. And you’ll be further rewarded for doing so, as it offers more visual spectacle with its mother-of-pearl dial hosting an hours and minutes sub-dial and a pair of retrograde counters showing the seconds and day of the week. No mere wallflower, it is powered by an automatic movement boasting a silicon balance spring and superlative hand finishing that can be admired though a sapphire caseback. 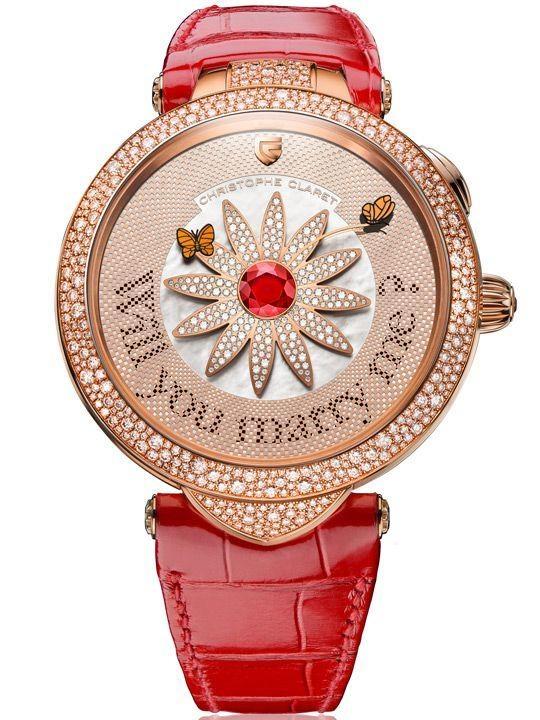 Bound to set hearts aflutter, the Marguerite is a rare example of how serious watchmaking know-how can be utilised to realise a capricious timepiece. As a pair of butterflies, powered by an in-house automatic movement, flit around a daisy blossom to indicate the time, its dial conceals a customisable message that can be revealed by pressing the pusher at two o’clock. Flip the white or red gold case over and one can engage in a game of chance via its winding rotor and a cut-out caseback marked with “YES” and “NO” engravings. Limited to 30 pieces for each version. 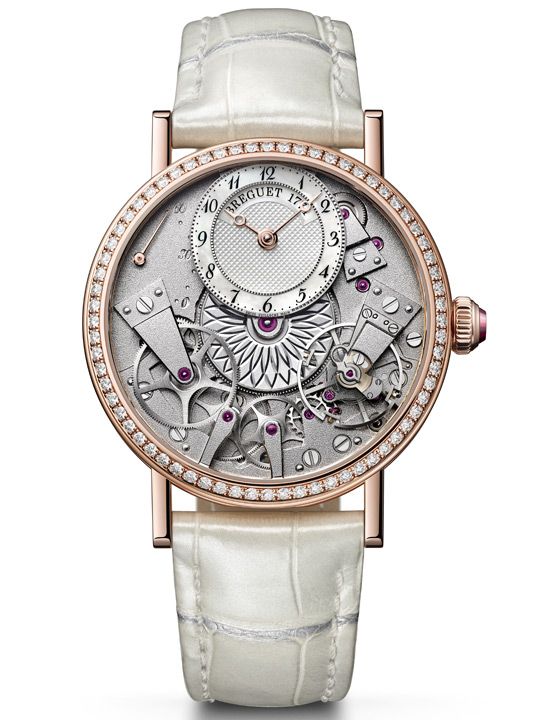 What a difference a little tweak makes. Breguet’s Tradition line of watches generally cater to masculine tastes, but not this time. With its central barrel adorned with a rosette pattern, the Dame 7038 model emanates delicate femininity. A bezel of 68 brilliant-cut diamonds on its 37mm rose gold case doesn’t hurt either. Otherwise, there’s no mistaking the patrimony of the timepiece, with its unique movement architecture (a signature of Abraham-Louis Breguet’s ‘souscription’ watches) exposed in the front, alongside an off-centre sub-dial showing the time. 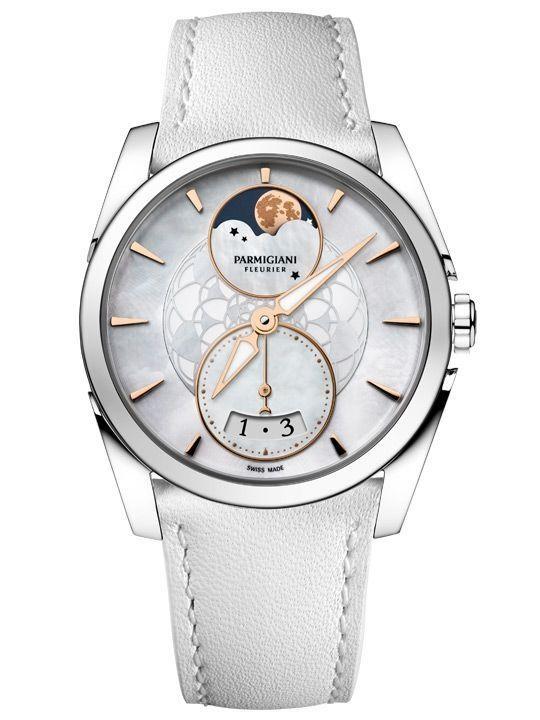 The moon has been long associated with goddesses and feminine principles in many cultures, so it’s no wonder that the moonphase indicator is favoured in ladies’ mechanical watches. The Tonda Métropolitaine Sélène is an attractive proposition, with the prominent position it has given the celestial complication. Enhancing its femininity is a delicate lacework in mother-of-pearl depicting a lotus, placed over another layer of the iridescent material on its dial. Equipped with an automatic movement, it comes in steel with a white or blue dial, a choice of leather strap or matching bracelet, and gem-set bezel option. 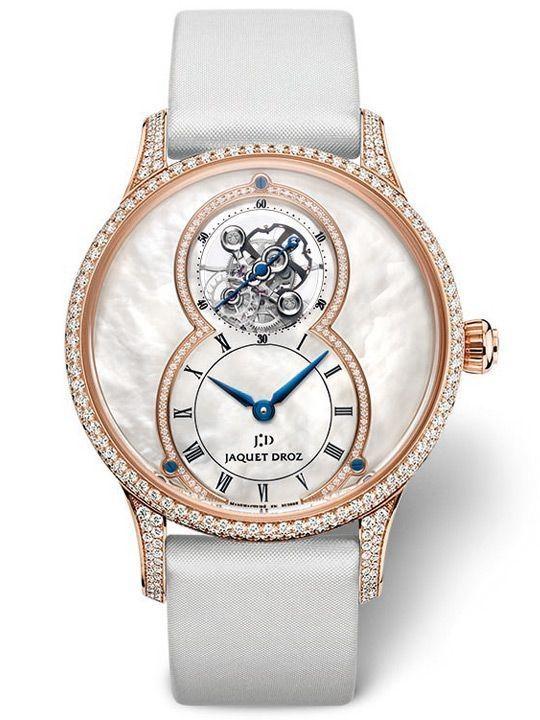 This ought to set the hearts of female watch connoisseurs aflutter. A well-loved Jaquet Droz model, the Grande Second is more attractive than ever with its signature figure-of-eight layout highlighted by a diamond-set ring in 18K red gold. Set against an iridescent mother-of-pearl dial, its outsized seconds sub-dial also houses a tourbillon that seems to float in mid-air with an upper bridge in sapphire crystal. Another 260 diamonds adorn its 39mm rose gold case, which is fitted with an automatic movement boasting a seven-day power reserve, silicon balance spring, and a rotor inlaid with mother-of-pearl.